Tommy Wiseau, writer, director, producer, and lead actor of The Room, is a strange man. Born in the Eastern Bloc of communist Europe in the 50s, Wiseau travelled the world, eventually landing in Los Angeles where he decided to follow his dream of making a Hollywood movie. After arranging private financing, he set to work producing his masterpiece – The Room. The Room tells the story of a banker called Johnny and the love triangle that forms between him, his fiance, Lisa, and his best friend, Mark. The film features terrible acting, poor direction, a horrible script, and three gross lovemaking scenes that last entirely too long. The Room performed poorly on release. It received a >20% score on Rotten Tomatoes, and barely made a dent on the US box office. The film’s popularity has grown over the years however, as people realised that the film is actually ‘so bad it’s good’. Viewing parties showing the film are regularly held in cinemas around the world and the film has sold consistently well on DVD. While The Room is, by all metrics, a poor movie, it’s an entertaining one and one that’s great fun to watch with friends. 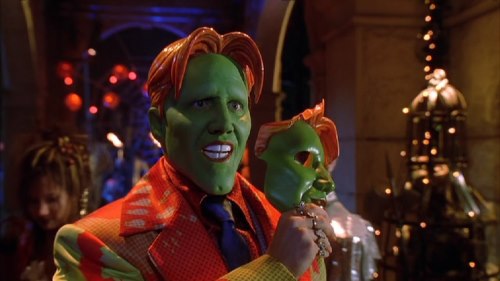 1994s The Mask was a surprise hit. Starring Jim Carrey as Stanley Ipkiss, a down on his luck banker with little to live for, the action comedy thrilled audiences and critics the world over with its sharp and witty script and fun action set pieces. 2005’s Son of the Mask was everything the original was not. Jim Carrey was swapped out for the decidedly unfunny Jamie Kennedy, and director Chuck Russell was swapped out for Lawrence Guterman. The result was an unfunny film with wooden acting and a terrible script. Son of the Mask failed with critics and audiences, scoring 6% on Rotten Tomatoes while failing to make back its production budget on the world wide box office. 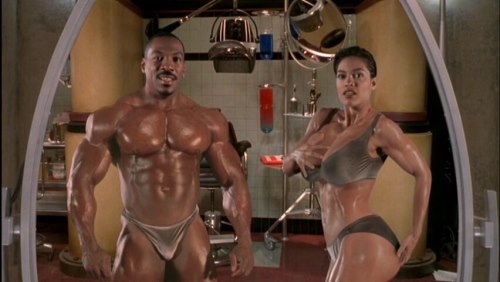 Eddie Murphy was on top of the world in the 80s. His standup was adored by comedy lovers around the world, the Beverly Hills Cop series was a hit at the box office, and his music career was at its peak. Unfortunately, things went wrong in the 90s, and Murphy’s fame came crashing down around him. He stopped doing standup comedy, his music failed to gain traction with 90s audiences, and his film career went to pieces. Things didn’t improve in the 00s either, with Murphy releasing awful film after awful film, with ‘The Adventures of Pluto Nash’, released in 2002, being Murphy’s worst film yet. Directed by Ron Underwood, The Adventures of Pluto Nash, a sci-fi comedy, stars Murphy as Pluto Nash, a retired gambler looking to win back his nightclub from a group of gangsters. The film features a notoriously unfunny script and a strangely low budget look despite having a production budget of over $100 million. The Adventures of Pluto Nash was panned by critics, who scored it a measly 5% on Rotten Tomatoes. The film failed to gain any traction with audiences too, grossing a paltry $7,103,973 on the world wide box office. 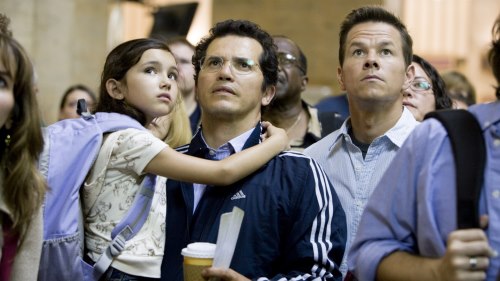 Writer/director M. Night Shyamalan made waves with the release of his directorial debut, ‘The Sixth Sense’. Starring Bruce Willis and a young Haley James Osment, the film told the story of a psychiatrist trying to help a child deal with loss. The film’s twist ending instantly etched Shyamalan’s name into the minds of audiences everywhere, and film lovers started looking forward to his future films. Unfortunately, Shyamalan failed to recapture the magic that made The Sixth Sense so popular, and his movies have suffered at the box office since. ‘The Happening’, Shyamalan’s fifth film, is arguably his worst yet. Starring Mark Wahlberg and Zooey Deschanel, the film details a nightmare scenario where nature turns against man. Featuring a horrible performance from Wahlberg, poor direction, and a boring script, The Happening failed to gain traction with critics and audiences alike. The film failed to make back its budget at the box office, and it only scored 17% on Rotten Tomatoes, the worst of Shyamalan’s film career. 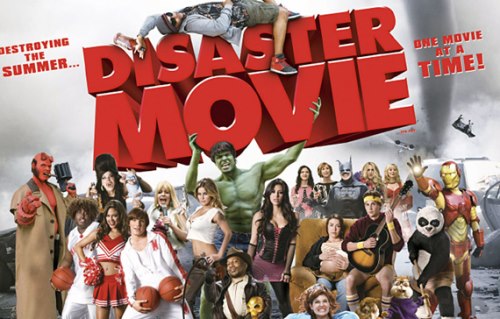 Writer/director team Jason Friedberg and Aaron Seltzer have made a name for themselves as two of the worst filmmakers in Hollywood. Their first film, Spy Hard, a spoof on spy movies, was a moderate success, and their second film, Scary Movie, a spoof on horror films, was a huge success, but their followup films bombed with both critics and audiences alike. Disaster Movie, released in 2008, is arguably the duos worst movie yet. A spoof on the ‘disaster movie’ genre, the film featured a terrible script bereft of jokes and terrible acting and directing. Critics panned the film, giving it a 1% score on Rotten Tomatoes. The film performed surprisingly well at the box office however, grossing $34,816,824 on the back of a $20 million production budget. Insiders at distributor Lionsgate have stated that DVD sales for the film have been anaemic, however. 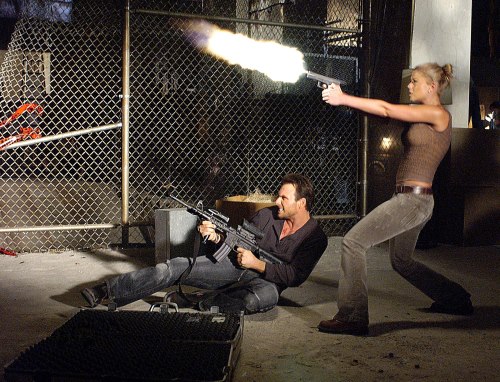 German director Uwe Boll is a cult figure in the movie business. After getting his doctorate in literature from the University of Siegen in Northern Germany, Boll ventured to Hollywood to live his lifelong dream of being a film director. At first, Boll directed a number of small budget movies that he wrote himself, but he eventually started making film adaptations of popular videogames in 2003 when he released ‘House of the Dead’ into the cinemas. Boll has made a number of film adaptations of videogames over the years and, while all of them are awful, Alone in the Dark is, quite possibly, the worst of the bunch. An adaptation of an old survival horror videogame, Alone in the Dark starred Christian Slater and Tara Reid as supernatural detectives trying to solve a number of paranormal mysteries. The movie was critically panned with Rotten Tomatoes giving it a 1% score overall. The film bombed at the box office too, only making half of its production costs back from worldwide receipts. 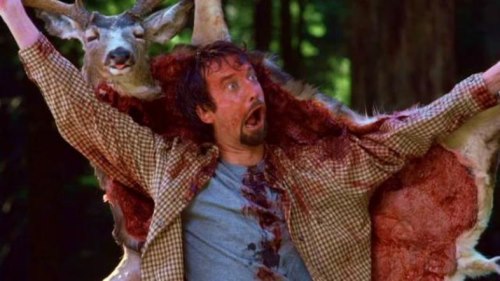 Canadian comedian Tom Green was a big deal in the 90s and the early 00s. He had a popular TV show on MTV, a popular radio show with hundreds of thousands of listeners around the world, and a successful stand up career, as well as a host of cameos in big Hollywood productions like Charlie’s Angels and Road Trip. Freddy Got Fingered, written and directed by Tom Green, effectively killed his career, however. The film’s gross out humour failed to find an audience, and critics gave it overwhelmingly poor reviews, with the film scoring 11% overall on Rotten Tomatoes. The film failed to attract an audience at the box office too, with the film failing to make back its production budget at the worldwide box office. 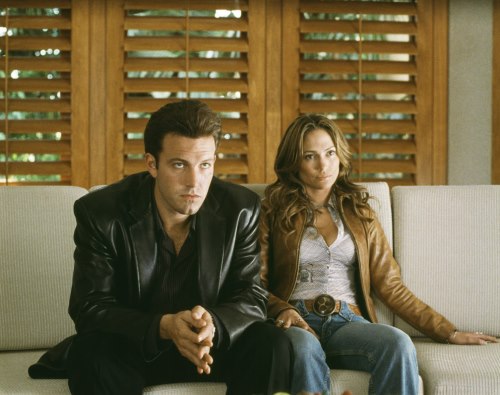 The relationship between Ben Affleck and Jennifer Lopez dominated Hollywood gossip rags in the early 00s. The public loved finding out the latest gossip about the couple, and they bought magazines in the millions to find out how their relationship was faring. In 2003, Affleck and Lopez came together to star in Gigli, a romantic comedy written and directed by Martin Brest. Columbia Pictures, looking to make some money from the Affleck-Lopez relationship, put up $75.6 million to make the film. The film only grossed $7.2 million at the box office, making it one of the biggest flops of 2003. The film was panned by critics who scored the film a horrific 6% on Rotten Tomatoes. Director Martin Brent also had the displeasure of picking up the ‘Worst Picture’ award at the 2003 Golden Raspberry Awards, an award no filmmaker hopes to receive.

Catwoman – a staple member of comic book character Batman’s rogues gallery – made her first film appearance in Tim Burton’s ‘Batman Returns’ in 1992. Played by Michelle Pfeiffer, Catwoman was sexy and electrifying, and a joy to watch on the screen. In 2004, Halle Berry, fresh off her oscar win for ‘Monster’s Ball’, was drafted in to play Catwoman in a fresh take on the character. Unlike the more grounded version of the character seen in Batman Returns, Berry’s character possessed superpowers and a tendency to wear revealing leather outfits complete with 8 inch stiletto heels. Catwoman was an abomination of a film. Its direction was poor with frequent use of confusing dutch angles, its soundtrack was awful, and Berry’s performance was groan inducing at the best of times. The film received a 9% score on Rotten Tomatoes, and it failed to make back half its production budget on the worldwide box office.

Science fiction writer L. Ron Hubbard famously said ‘You don’t get rich writing science fiction. If you want to get rich, you start a religion’. And that’s exactly what he did when he founded the Church of Scientology in 1955. Scientology has since grown to become one of the most popular religions in the world, particularly in Hollywood where film stars like Tom Cruise, John Travolta, and Will Smith follow the religion. L. Rob Hubbard wrote Battlefield Earth in 1982, 27 years after founding Scientology. The book told the story of a future Earth that had been enslaved by an evil alien race called the Psychlos and the adventures of a resistance fighter called Jonnie Goodboy Tyler who fought against them. The movie followed the book’s plot exactly, with John Travolta stepping in to play Terl, the Psychlo head of security, and Barry Pepper playing Jonnie Goodboy Tyler. Battlefield Earth was critically panned by critics, with the film only receiving a 2% score on Rotten Tomatoes. The film was criticised for its poor script, terrible acting, and awful direction, and many critics declared it one of the worst films ever made. The film went on to fail at the box office too. It failed to make back its budget and caused production company ‘Franchise Pictures’ to go bankrupt. A sequel was planned but, due to the backlash, it was quickly cancelled and the Battlefield Earth franchise was, thankfully, put to rest.

Top 10 Pixar Movies of All Time