The annals of history have seen their fair share of horrendous deaths. Some of following unlucky folks were victims of torture and execution, while others died by their own hand. 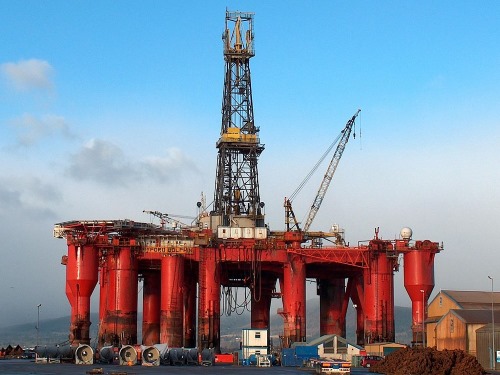 The Byford Dolphin is a semi-submersible drilling rig which is infamous for having many serious accidents. In 1983, four divers were in the decompression chamber when it explosively decompressed from a pressure of nine atmospheres to just one. Truls Hellevik had his organs, spine and limbs ejected at a fraction of a second. At the same time, his remains were thrust through the narrow gap in the chamber door, causing fragments of his body to be found all over the rig. A quick, albeit gruesome, death.

During the festive season of 2002, Sean Doyle fell down a manhole in New York City. He plunged into gallons of scalding hot water, reaching in excess of 148°C. The rescue workers were unable to remove his body due to the heat and had to listen to him scream as he slowly burnt to death. Coroners say his blood pressure rose, causing him to have a heart attack. As his insides began to boil, a hot froth formed, burning his throat and slowly suffocating him.

John Jones was a cave explorer who ventured into Nutty Putty Cave, Utah, along with eleven other people. Jones soon diverted from the route given and found himself crawling through a gap that was no bigger than 18 x 10 inches. He became wedged in, facing almost perfectly upside down. With pressure on his torso, Jones found it increasingly hard to breathe. A rescue effort was called and the emergency response worked for 28 hours in the hope of freeing him. Unfortunately, Jones died – most likely due to the effects of hanging upside down. Rescuers were unable to retrieve his body, which remains in the cave to this day. 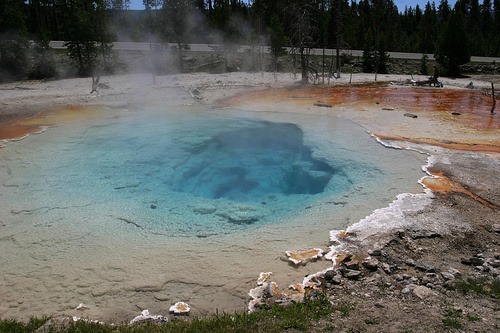 David Allen Kirwan was driving through Yellowstone’s Fountain Paint Pot thermal area with a friend and his dog when the trio decided to have a closer look at the hotsprings. When the dog bolted from the truck and dove into a spring with temperatures reaching over 200°, Kirwan dived in to help, despite bystanders trying to stop him. After emerging from the water, he reportedly muttered “that was stupid, how bad am I?”. When he attempted to remove his shoe, his skin peeled off with it. He couldn’t even open his eyes because he had suffered 3rd degree burns to 100% of his body. He died in hospital the next day. A Scottish botanist and explorer, David Douglas made frequent trips to America on plant-hunting expeditions. He even became the first mountaineer in America, after climbing Mount Brown to take in the view. Unfortunately, he would see his death when climbing Mauna Kea in Hawaii. He fell (or was possibly pushed) into a pit trap – essentially a giant hole filled with sharp spikes. A bull then fell on top of him, crushing him to death. 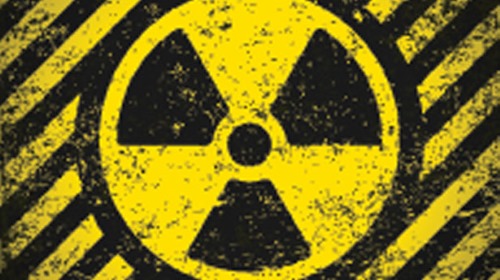 In 1999, Japanese worker Hiroshi Ouchi received a deadly radiation dose when material he was working with became critical. He was exposed to so much radiation that even his chromosomes were destroyed. However, he did not get a quick death. Instead, doctors kept him alive to observe the effects of radiation on a person’s health. His skin and muscles slowly began to fall apart and his intestines began to melt. After 10 days, he begged for death, shouting “I can’t take it anymore, I’m not a guinea pig”. His suffering continued for 3 months.

WIlliam Wallace was a leader during the Wars of Scottish Independence until he was captured and transported to London. Found guilty of treason, Wallace was stripped naked and dragged through the streets of Westminster. He was then strangled by hanging, but released whilst he was still alive. He was emasculated and disemboweled – his dismembered organs burnt as he watched – before being beheaded and split into four parts. Wallace’s head was dipped in tar and placed atop a pike on London Bridge.

The assassin of the Dutch independence leader William I of Orange, Balthasar Gérard was captured after attempting to escape and sentenced to brutal torture. He was hung on a pole and lashed before a 150kg weight was attached to each of his toes for half an hour. He was then fitted with shoes far too small, only to be put in front of a fire. The fire warmed the shoes causing them to contract and crush his feet. His armpits were branded, and boiling hot bacon fat was poured over his body. Nails were inserted between his toes and fingers before he was finally executed days later. 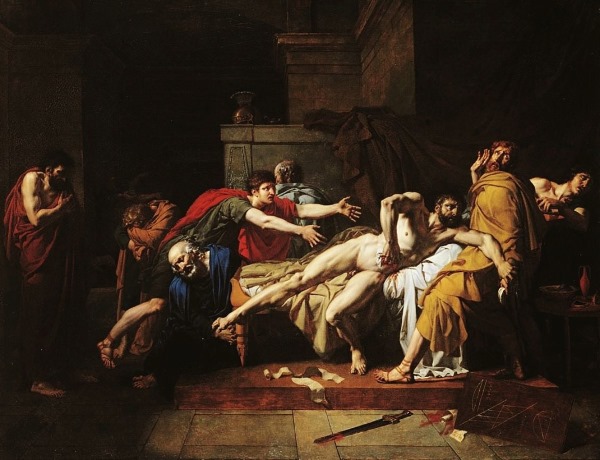 A politician and statesman in the Roman Republic, Cato the Younger was a staunch opponent of Caesar. Unwilling to live in a world led by Caesar, he attempted suicide by disembowelment in April 46BC. Unfortunately for Cato, he was unsuccessful and stumbled out of bed, with his howls of pain alerting the servants. They called for a physician who promptly sewed him back up. However, still intent on dying, Cato ripped apart his stitches and plucked out his bowels, dying shortly thereafter. Caesar would comment on his death by saying “Cato, I grudge you your death, as you would have grudged me the preservation of your life”.

György Dózsa was a soldier of fortune who was appointed to organise and lead a crusade against the Ottoman’s with an army made mostly of peasants. The volunteers became increasingly angry at the noblemen and it soon became a rebellion of war and vengeance, spearheaded by Dózsa. The rebellion failed and Dózsa and his followers were captured. He was forced to sit on a smoldering iron throne, with a smoldering crown on his head whilst holding a heated sceptre in his hand – mocking his ambition to be king. Still alive, executioners ripped his skin from him and fed them to his followers who had been starved for days. After his death, he was drawn and quartered.

Top 10 Most Evil Women in History