It’s a hard life being an inventor. Thinking up new devices and gadgets is no easy task and this can lead to some pretty ‘out there’ ideas. Thankfully, most of these bizarre patents never saw the light of day. 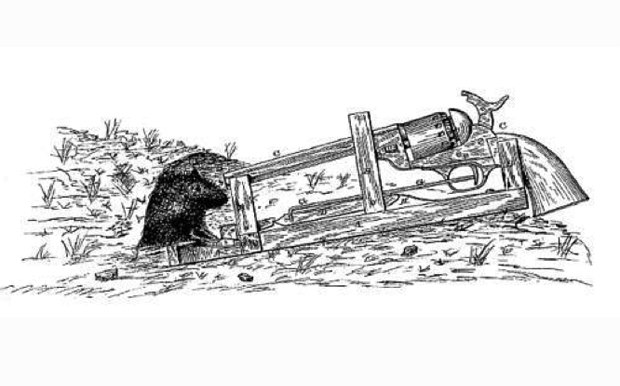 Clearly unimpressed by conventional animal traps, in 1882 Texan James Williams invented this completely overkill method of destroying pesky animals which burrow into the ground. Williams was a practical thinker as the automated gun trap not only destroys animals which are unfortunate enough to be ‘caught’, but he also proposed that it could be set up near windows and doors to kill burglars.

Apparatus for Facilitating the Birth of a Child by Centrifugal Force 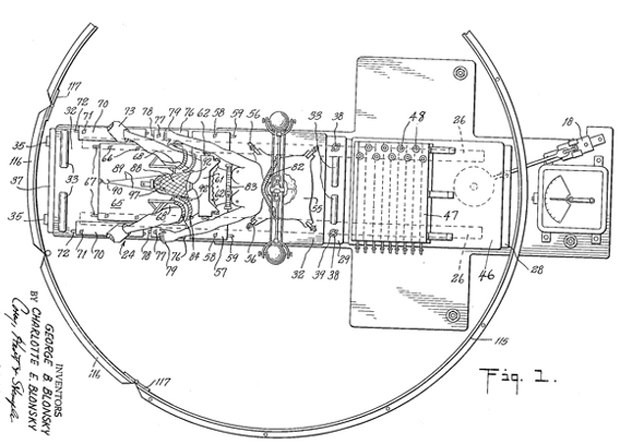 This patent brought childbirth into the 20th Century by suggesting the use of centrifugal force as a “gentle” way to deliver babies. Intended for “underdeveloped” women who may struggle during childbirth, this terrifying contraption was apparently designed to overcome any resistant forces so the baby could be quickly eased out. 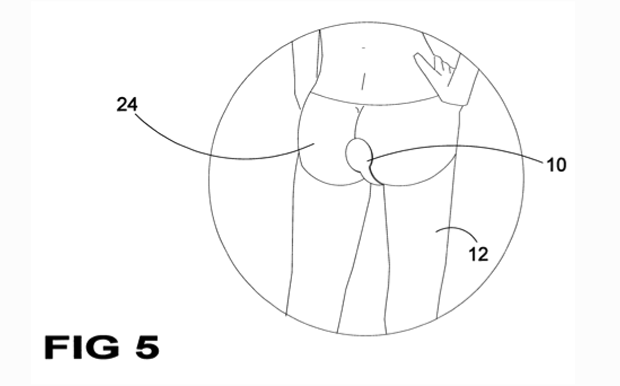 The Flatulence Deodorizer patent makes the bold claim that it can be worn without the wearer even realising that they have it in their underpants, but it’s hard to see how. The deodorizer is made from a perforated charcoal cloth which is stuck on with double-sided tape and the unique material is specially designed to absorb flatulent smells. Although the pads are washable and reusable, it seems like a drastic solution to an everyday problem. 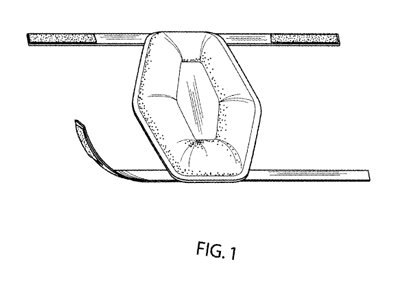 Perhaps unsurprisingly, this patent for a Thong Diaper comes from Japan. The patent is about as self-explanatory as it seems, but the genius behind the idea doesn’t explain why diapers should be made less practical and more uncomfortable for the sake of a bizarre fashion choice. 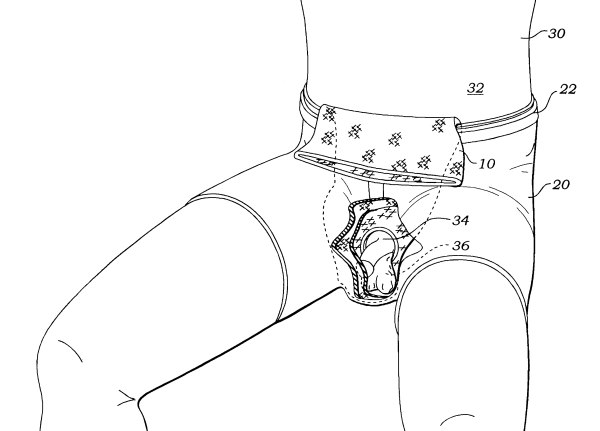 For the gentleman who spends of most his spare time in a strip club, the Lap Dance Liner is a solution to what is (presumably) a common problem. The unfortunately named device makes sticky messes a thing of the past by capturing “sexual fluids” from “fully clothed sexual activity”. It’s essentially a cross between a diaper and a sock and, discrete as it is, it’s probably not something most men would ever want to be seen purchasing. 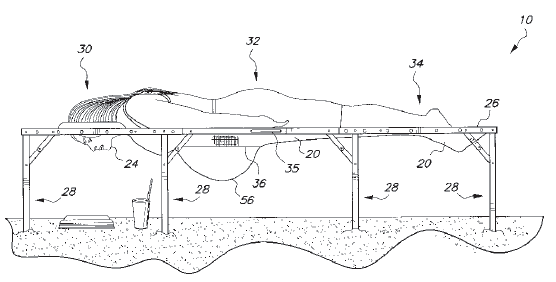 Answering the age old problem of how pregnant women can comfortably sunbathe while lying on their front, this rather clumsy and cumbersome looking beach chair is basically a specially adapted massage bed. The “maternity lounge chair” allows a pregnant woman to place their protruding belly through a hole in the middle in so they can lie more comfortably in the prone position. There’s also a hole for the head, so they can stare at the floor of the sandy beach while they get a nice tan on their back. 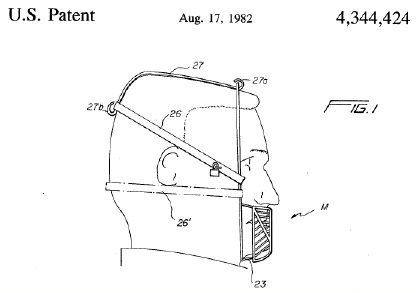 This patent was filed a decade before the release of The Silence of the Lambs, so the inventor can’t be accused of being inspired by the headgear worn by iconic fictional cannibal Hannibal Lecter. However, the inventor should be accused of going a bit too over-the-top for her proposed solution to the obesity epidemic. For people who want to lose weight but literally have no willpower to speak of, this locked mask prevents the wearer from eating any food. Although the inventor’s intentions are good, the mask looks like something that would be worn by inmates at Guantanamo Bay and not by someone who is on a diet. 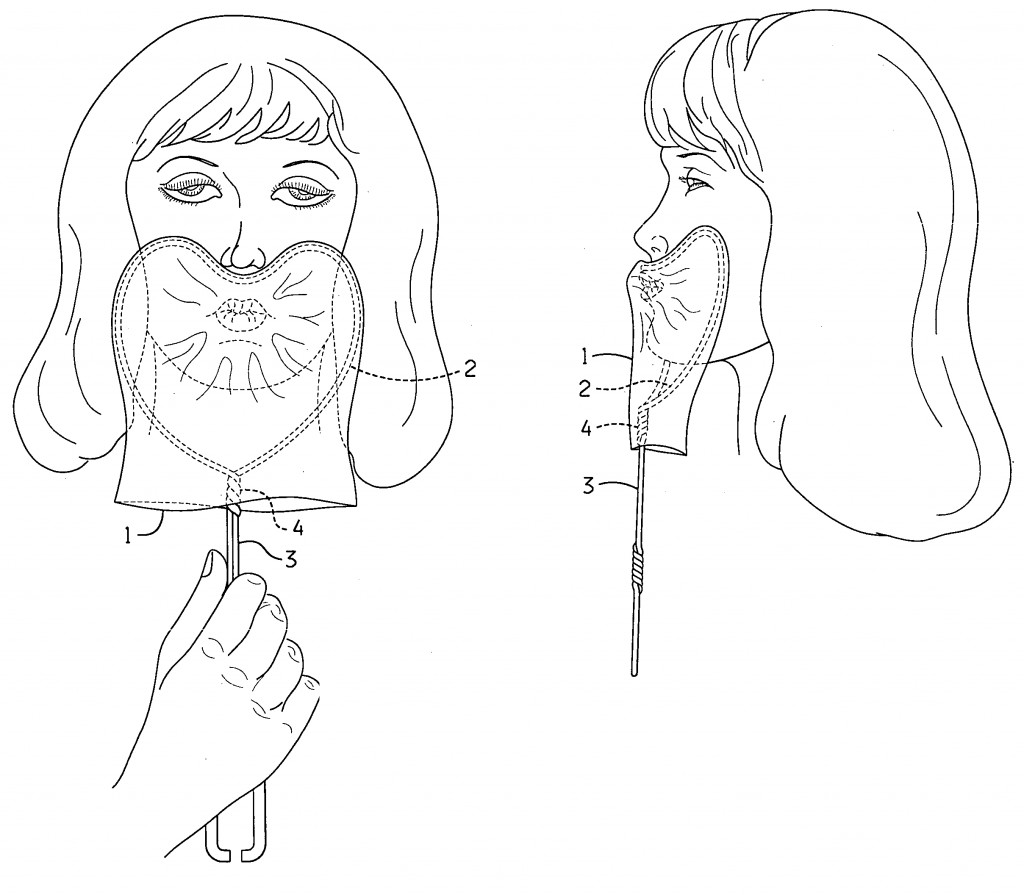 Nothing says romance more than a kissing shield. Made from a flexible, impervious membrane, the shield allows two people to engage in ‘safe kissing’ and prevents the exchange of germs and microorganisms. Amorous kissers can even practice their tongue skills as the shield can accommodate “two persons engaged in the act of French kissing”. The inventor has the rather lofty ideal that the kissing shield is the perfect way to teach children about safe sex, but even the most cautious of lovers probably don’t like the thought of kissing through a plastic bag. 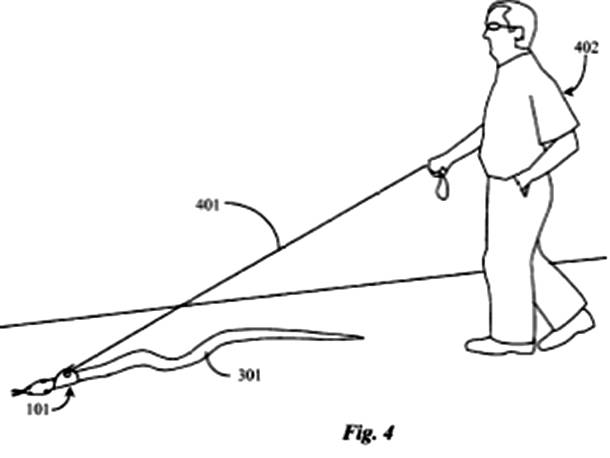 The words ‘snake’ and ‘walking’ aren’t typically used in the same sentence because even the most devoted of reptile owners would never dream of taking their beloved snake out for a spot of fresh air. This collar and leash device is designed for owners who want to try their luck and see if their snake will calmly slither alongside them in public. The patent goes into very specific details about the workings of the apparatus, and the inventor does acknowledge that snakes are usually ignored by manufacturers who make animal tethers. 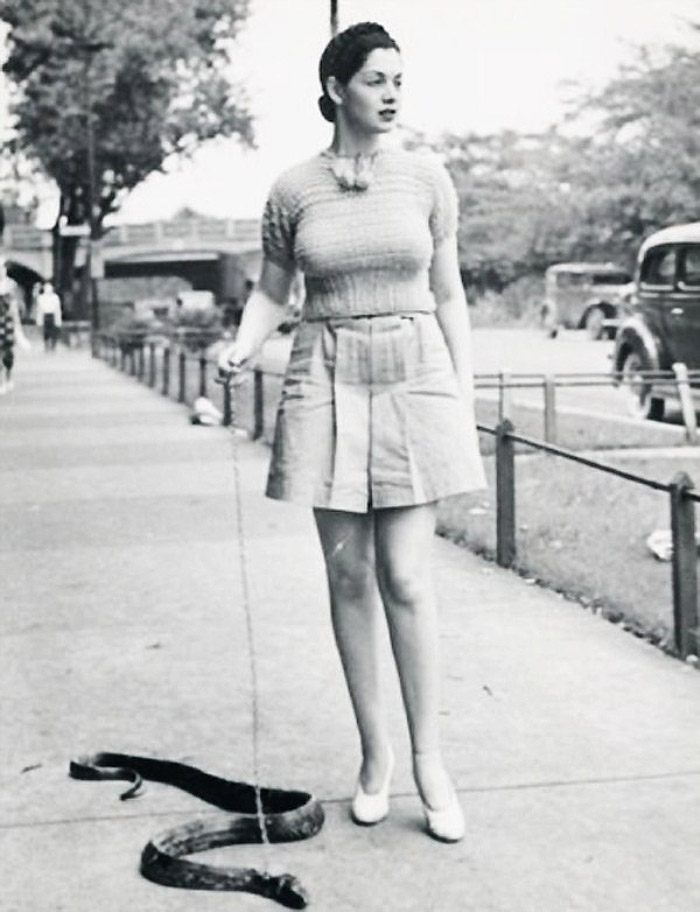 Another interesting entry for pet owners, this patent for a doggy umbrella is designed to keep the most pampered of pooches dry from rain. However, any doggy using the device would probably need some matching boots to make sure they keep their paws dry too.

Top 10 Tallest Women That Ever Lived