We will not say the following ten dog breeds are ugly, but they are pretty weird looking aren’t they?

An energetic, affectionate, healthy breed, Löwchens were favoured by sixteenth century European aristocrats. They were pampered pets that slept in their masters bed, as the shaved hind quarters provided warm skin to skin contact during cold winter nights. Also nicknamed the little lion dog, Löwchen are lively extroverts, liking regular walks and rambunctious play, but they are not overly demanding. They are great pets for people with allergies, as their long hair does not moult, and just requires a twice weekly brush. Löwchens adore the company of others, therefore it is preferable to have more than one, or to raise them in a family environment, as they thrive on attention. They are a great breed for those with less space, but oodles of time. 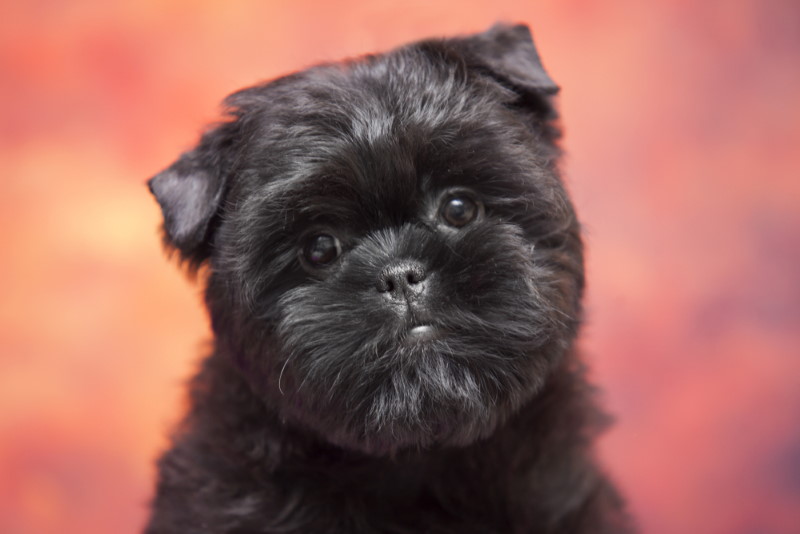 The Affenpinscher is one of the oldest preserved breeds in Germany. It was originally bred as a Rattler, for hunting rats and mice. The Affenpinscher belongs to the Pinscher and Schnauzer family. It is the smallest dog of this family and differs from the other Pinschers, with its rough coat and protruding lower jaw. In contrast to other Schnauzers and Pinschers that have a scissor bite, the Affenpinscher has an under bite. When the mouth is closed, however, the teeth should not be visible. The Affenpinscher name derives from its monkey-like expression. They average 25 to 30 cm in height, with a weight of 4-6 kg. The coat is wiry, black with black undercoat, but there are also variations from pale yellow to reddish or gray tones to blue gray and black, some with white markings. 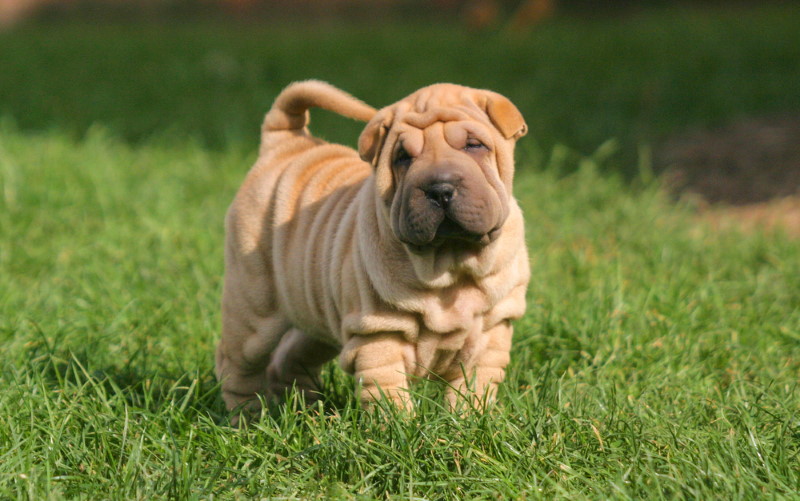 The Shar-Pei is an ancient breed of dog from the southern provinces of China. The breed has its origins in Dialack, an area near Guangzhou, and it was very common in the city of Dah Let in Guangdong Province. The breed can be traced back to the Han Dynasty, where it was mostly popular amongst fishermen and farmers. Shar-Pei were also kept as guard dogs, and they were used for hunting small game and rats. The name Shar Pei translates as “sand-skin-dog” and the breed is described as having ears like seashells, a nose like a butterfly, a melon-sized head with a huge face, a hippopotamus neck, a horse like rump, and the legs of the Akita. The Shar-Pei is a peaceful friendly dog, at home in a family environment, but equally happy with one-to-one contact. However, they may be reserved with strangers, and with other dogs they tend to display dominant behaviour. 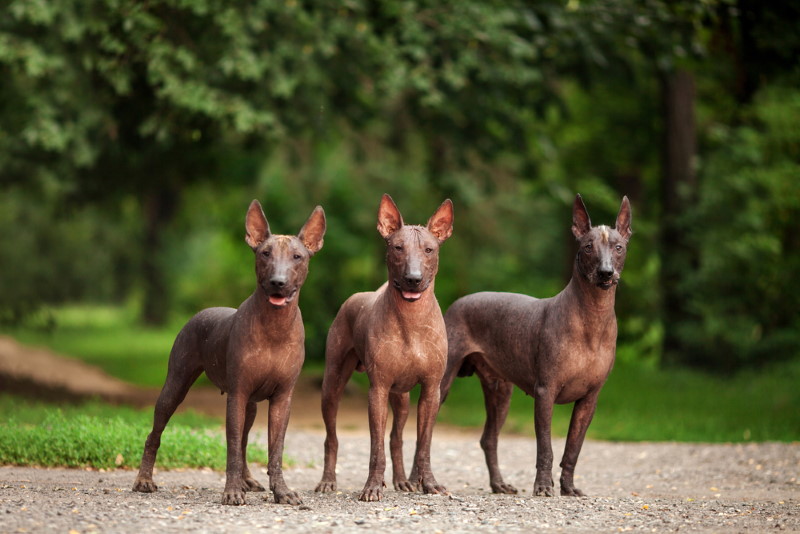 Known to man for around three and a half thousand years, the Xoloitzcuintli is a hairless breed of dog that probably originated in Mexico. A clay statue, dated to about 1700 BC was found in Tlatilco, Mexico, and this figure is the oldest representation of a dog in the Americas. From there they spread out across the American continent. The Xoloitzcuintli was often depicted in Mexican Colima ceramics, dating back to 450 BC. The name comes from the Aztec period and means “dog of the god Xolotl”. Xoloitzcuintli are usually hairless, but small tufts of hair on the forehead and tip of tail may occur. The colour of the skin may be black, slate gray, or bronze, with pink or coffee coloured stains. The skin is soft, elastic and smooth. This dog has long ‘bat ears’ and almond-shaped eyes, whose colour can vary from black to yellow. The Xoloitzcuintli is an intelligent, dignified, quiet, adaptable dog, that is gentle and affectionate with families. 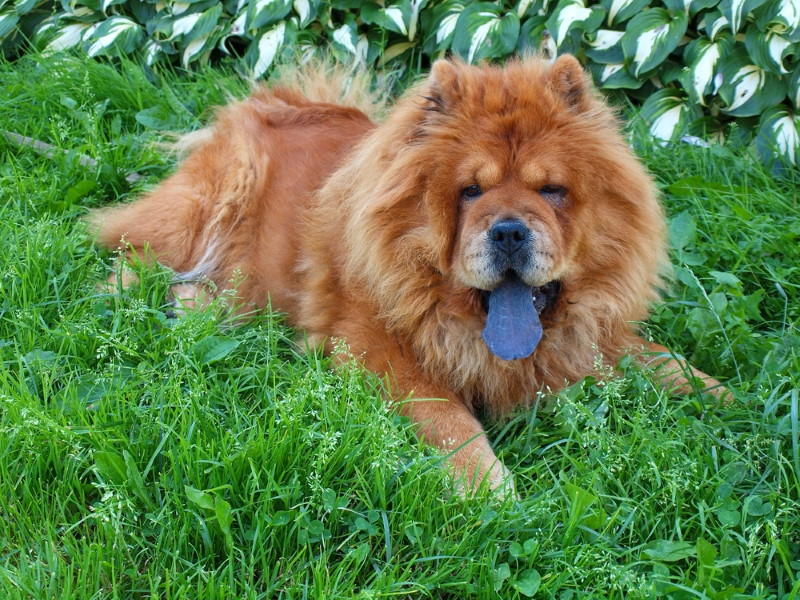 Also referred to as Chow, this Northern Spitz breed dog originates in China, where it is known as Pinyin Sōngshīquǎn, or ‘puffy lion dog’, due to its appearance. The Chinese have a variety of names for the Chow Chow, such as Long Kau (Wolfhound), Hsiung Kou (bear dog), and Hek She (blue tongue). The Chow Chow is no doubt one of the earliest primitive breeds. Eleventh century historians found descriptions of a Tartar dog that described the unique characteristics of the Chow. Heavily built, with plush hair, perfectly straight hind legs, blue lips and tongue, with a palate the same colour. The coat ranges from solid black, to red, blue, fawn, cinnamon, cream or white, and can be long or short. The ears are small, thick, slightly rounded at the tips, but erect and stiff. The tail is set high and carried over the back. The Chow Chow is a reserved, quiet dog, but also a very good guard. They are loyal and confident with families, but tend to be aloof with strangers.

The Neapolitan Mastiff is believed to be a direct descendant of the Roman war dogs, the Molosser. These dogs were not only used war, but also for fighting humans and wild animals in arenas. Over centuries, the Mastino Napoletano became the guard dog of farms in southern Italy. The Neapolitan Mastiff is a heavy, bulky, burly big dog. The hair is short, rough, hard and dense, with gray, leaden gray and black, but also brown, fawn and deer red colours . The head is large and bulky, with a broad skull. The abundant skin is thick and loose, forming wrinkles and folds. The ears are small, triangular, flat and close to the cheeks. Generally, this breed belongs only in the hands of an experienced dog owner. 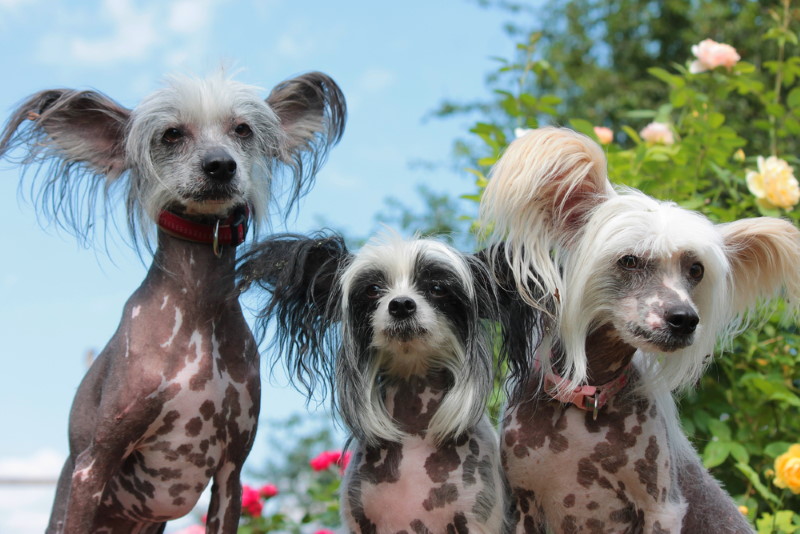 This smaller dog comes in two variants: the Powder Puff, which usually has an undercoat and a long, veil-like top coat with silky hair structure. The other variant, Hairless, has no body hair, but often has hair on the head, tail and paws. There were originally two different body types – the Deer type, which is very slim and usually smaller than the Cobby type, which was more sturdily built and usually somewhat larger. The more graceful deer type has now become the established breed. The skin of a Chinese Crested dog feels very smooth, soft and warm. The breed standard allows all colour combinations, although slightly darker skin is preferred. The large erect ears are covered with long hair fringes. The tail is carried high on the move. The back is straight, the eyes are dark and far apart. Some representatives of the breed are missing teeth, due to a mutated gene associated with hairless breeds. 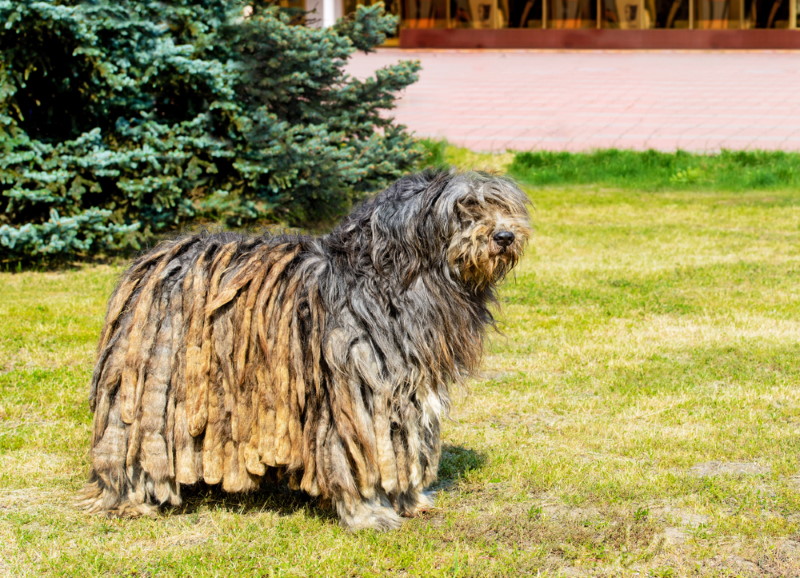 The Italian shepherd dogs is probably the descendant of the Persian Sheepdog. The Bergamasco Shepherd Dog is one of the most common and oldest shepherd dogs in Italy. This smart, fearless dog is medium in size and of rustic appearance. A characteristic feature is the lush and shaggy matted hair on the back. The colour is all shades of gray, mottled gray-black, and also all black, sometimes with white markings. The Bergamasco is a well proportioned, strongly built dog, with a large head and thin ears. The colour of the eyes match the coat, which is usually dark. A popular family dog, the Bergamasco is also used as a therapy dog in nursing homes. 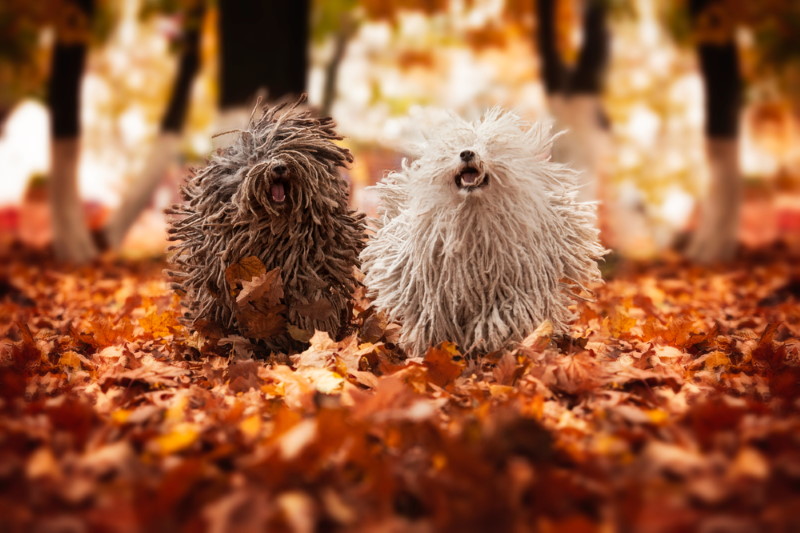 The Puli has its origins in Hungary, where for over a thousand years they were an integral part of life for the Hungarian shepherd. Introduced to Carpathian Basin by the Magyars in the ninth century, the dogs may have originated in Mesopotamia over four thousand years ago. The breed features thick, floor length, cord-like hair. Due to the lush fur, the coat smells strongly when wet. However, this thick fur protects against the cold, as well as the bite of attacking predators when working as a herding dog. As a house dog, the Puli is a loyal companion who attentively guards his family, but they tend to be shy and suspicious of strangers. 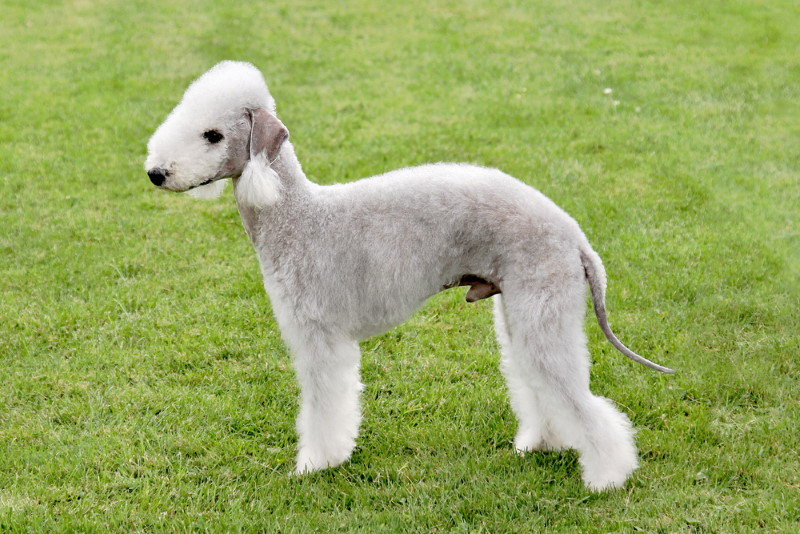 The Bedlington Terrier, formerly known as the Rothbury Terrier, originated in the former mining regions of Northern England, where it was used for hunting rabbits. The breed was known for hunting rats, and was therefore often used in mining, but Bedlington Terriers mainly travelled with tinkers, knife-grinders and dealers across the country and roamed freely, ridding villages of vermin, while their owners went about their work. The passion for betting mean that this dog, like many other terrier breeds, was used for animal fights and suffered much abuse. The dog was also called a ‘wolf in sheep’s clothing’, due to its coat that resembles sheep’s wool. The Bedlington Terrier is a dog of medium size. The coat is blue-gray, with dense slightly curly hair, and the eyes and nose are dark or sand coloured. The head is pear-shaped with ears that hang down with fringed ends. Other standard characteristics are the smooth neck and a wiry body with a low set tail, which tapers downwards. Stubborn and excitable but happy, the Bedlington Terrier is said to be kind and gentle in the family environment.