There are about 10,000 bird species on earth. Some of these bird species look similar, but some of them are very unique. Below is a list of some weird looking birds, read on for more information. 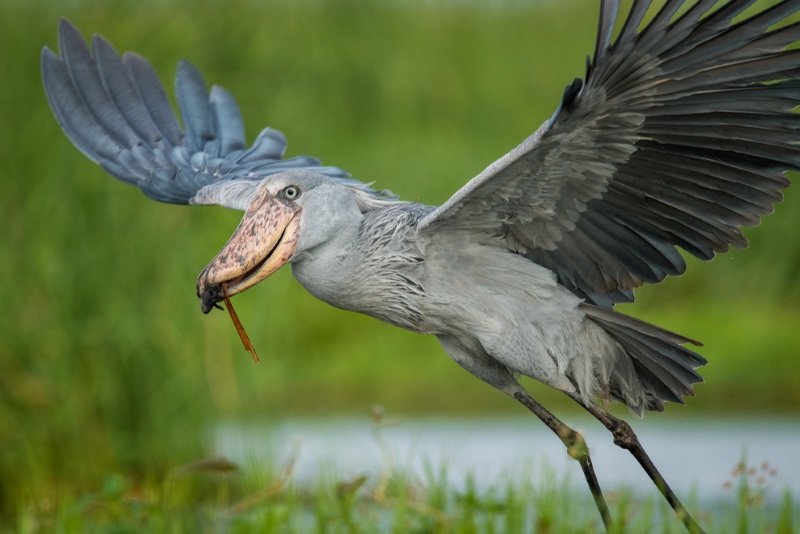 The shoebill stork has a peculiar appearance that makes it look prehistoric. When looking at this tall bird, the feature that makes it look weird is the huge bill. This bill is so big that it appears to be out of proportion compared to the rest of the body, particularly in mature males. It measures about 9 inches long and 4 inches wide for adult shoebills. 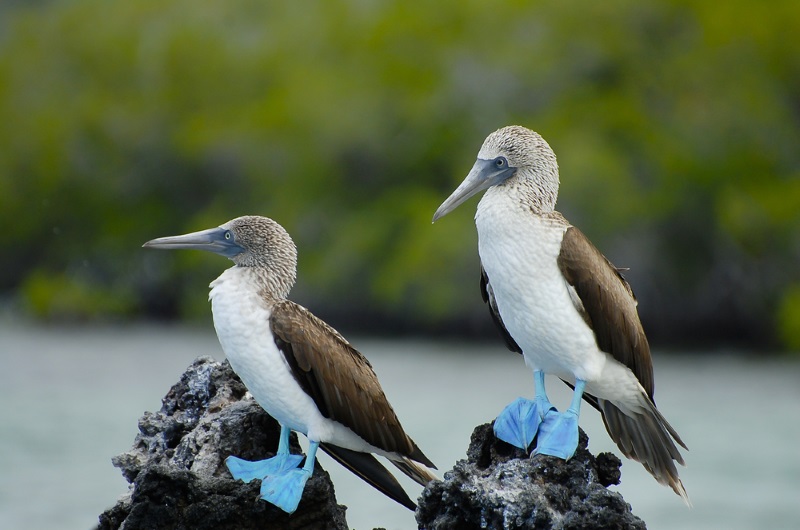 It is interesting to know that the blue-footed booby’s name originated from the Spanish term ‘bobo’, which means stupid fellow. Blue-footed boobies are weird looking because of their blue feet. They have blue feet because of carotenoid pigments derived from eating fresh fish. The concentration of the pigments determines the intensity of the color on the bird’s feet. The female is normally slightly bigger than the male bird, and produces a really loud honking noise. 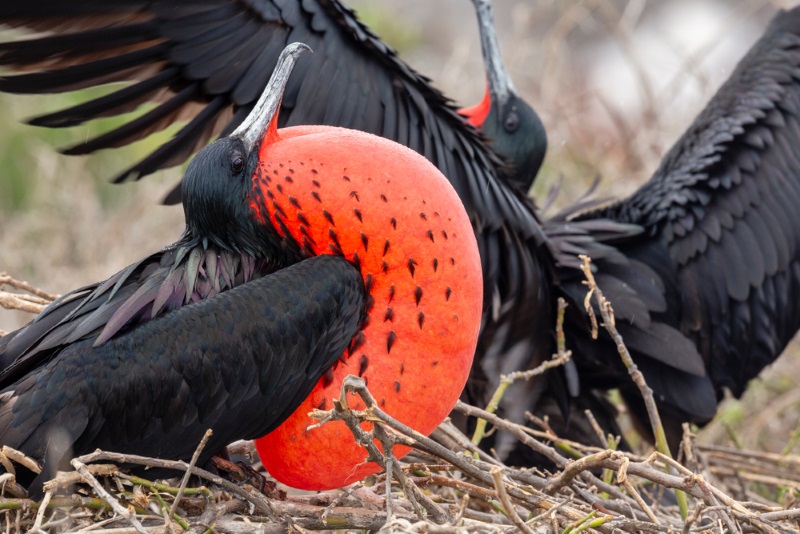 The Frigatebirds are weird looking because they have huge, red, leathery pouches and the males inflate them during mating rituals. Moreover, these birds catch their prey in 2 ways: one is by eating flying fish while they are above the water’s surface, depending on other marine predators to push the fish out of the sea. The second is while in flight, they steal food that other marine birds have managed to catch themselves, all while in the air; this earns them the name ‘aerial kleptoparasites’. 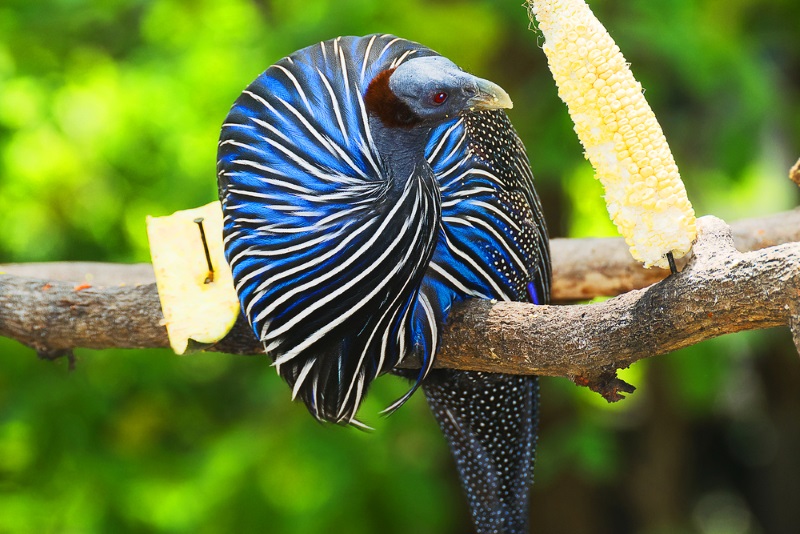 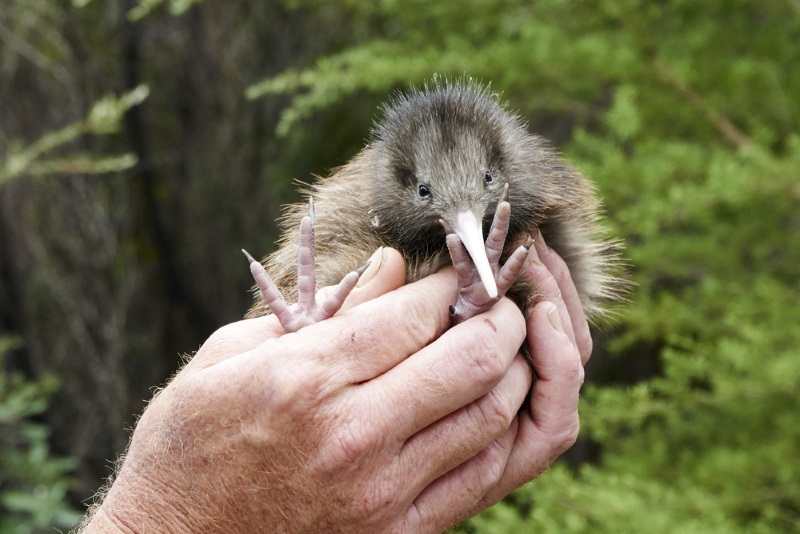 Kiwi birds have many weird and amazing features due to New Zealand’s past isolation. These birds are flightless and their behavior and physical characteristics are similar to those of mammals. They are weird looking because they have feathers that look like hair, nostrils at the back of their beaks, and they lay enormous eggs. Moreover, the beak of the kiwi is very unusual; it provides a special sense of smell and also has sensory pits at the tip to allow the bird to sense underground prey. 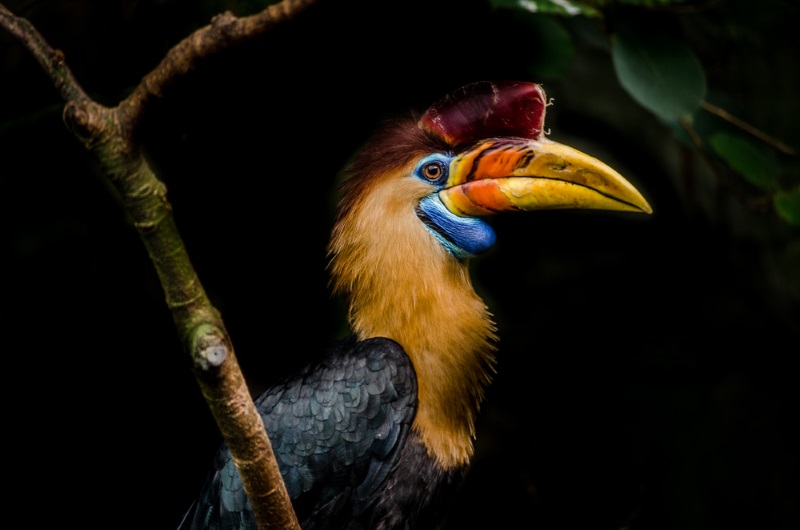 The helmeted hornbill is among the most bizarre birds in the world. This bird looks weird because it has a huge bill, which has a big protuberance on top known as a ‘casque’. The casque is so large that it usually makes the bird’s head to appear bald. Moreover, this queer bird has a large leathery patch on its neck that is not covered with any feathers. In females, this patch is blue and in males it is red. 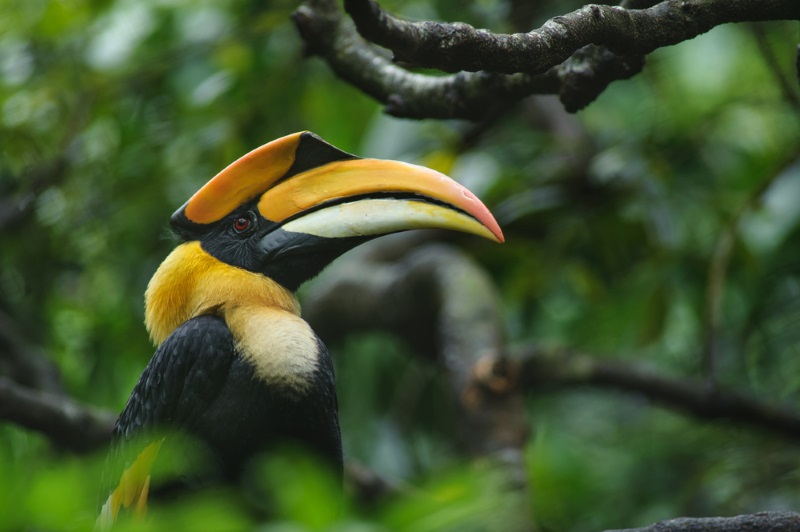 Also referred to as the great Indian hornbill or the great pied hornbill, the great hornbill is important in very many cultures because of its large size and amazing color. It is weird looking because of the yellow and black casque positioned on top of its huge bill. This casque looks U-shaped when looked at from the front, and the top part has a concave shape with 2 ridges positioned along the sides. 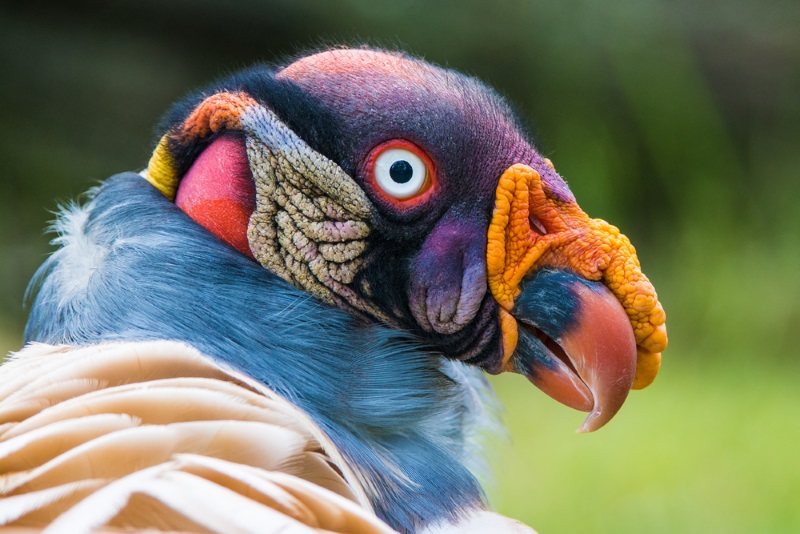 As the name suggests, king vultures rule wherever multiple species of vultures gather to feast on a carcass. Their bodies appear like those of other birds of prey, but what makes them look weird is the appearance of their heads. From the neck upwards king vultures explode into vibrant colors of red, purple, pink, orange, blue and pink. They also have orange caruncles on their faces and bright-red circles around their eyes. 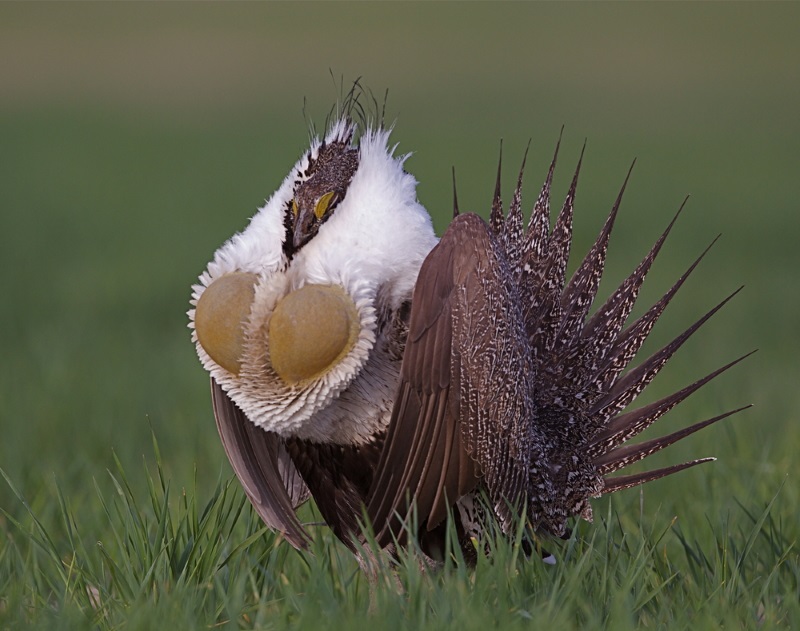 The greater sage-grouse is undoubtedly a comical-looking bird. These birds are at times compared to chicken because they’re almost the same size and have similar intellectual swiftness. The adult males look weird because they have 2 yellow sacs on the neck, which they inflate during courtship rituals. Moreover, they have a dark, super-sharp fanned tail, which resembles the top part of a pineapple. Their tiny heads poke out from white ruff.

Also known as the greater superb bird of paradise, the greater lophorina is a bird that is majorly found in the rain forests of New Guinea and Indonesia. Due to the low population of females for this species, the competition among the males is very fierce. The male birds are weird looking because they have black leather capes and blue-green breast shields, which spring in an upward motion and spread widely around their heads during a courtship performance.

Top 10 Largest Lizzards in the World

Top 10 Largest Cat Species In The World (Family of Felidae)