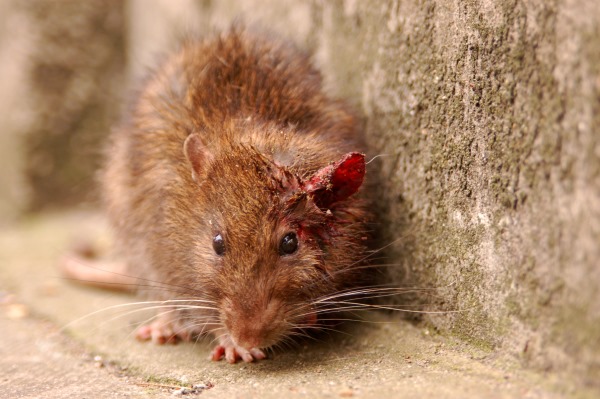 It has long been known that rats will die if they eat poison as they are unable to be sick and rid their bodies of the toxins in this way. Studies have found that rats cannot vomit for the following reasons: firstly, the act of throwing up needs the two muscles diaphragm to work independently of each other, secondly, a rat’s brain is not complex enough to instruct the viscera to temporarily reverse itself (next time you are hung-over and being ill tell yourself that all that suffering is because you are a higher life-form…) and finally, rats have a powerful division between the stomach and the oesophagus and lack the oesophageal strength to overcome this barrier. 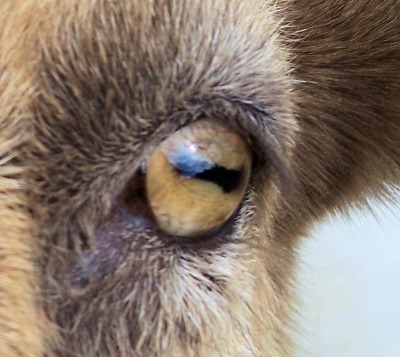 Ever wondered why goats are so often regarded as being ‘evil’, ‘devilish’ or knowing, when sheep look pretty much the same, just with cute white fluffy coats? The reason can be seen by looking into a goat’s eyes: they have rectangular pupils which can narrow to an evil-looking slit in bright light. Many hooved animals have this unusual pupil shape (it helps them to see all around them when on the look-out for predators) do, but goats have lighter irises (yellow or light brown) which make this feature especially obvious. So next time a goat gives you the heebie-jeebies with that inscrutable, knowing gaze just tell yourself that it is simply wondering whether you are going to eat it or not!

8. Under the Horse’s Nose 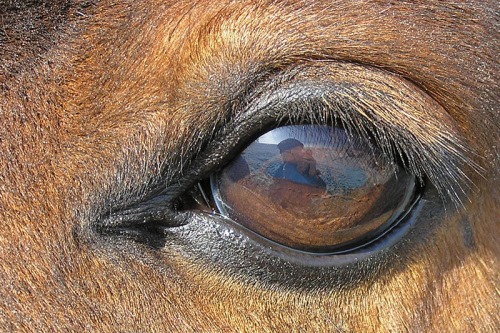 Horses cannot see directly in front or directly behind themselves. Like many herbivores that suffer carnivore predation they have a very wide field of vision in general, so as to spot anything creeping up on them. The shape and positioning of their eyes has, however, left them with two blind spots: one directly in front of them, the other directly behind. Horses tend to stand head to toe beside each other, partly to take advantage of the others tail when flies are plaguing their eyes, ears and noses, but also possibly to ensure that they have a clear field of vision between them. 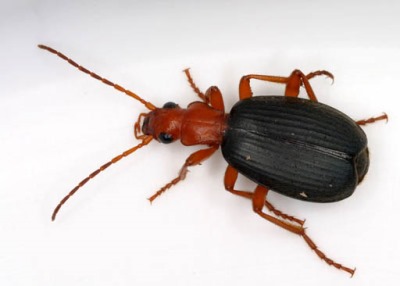 This sturdy little black and brown beetle is something of a terrorist in the insect world (except it uses its chemical proves for defence, not aggression!). Specialised glands secrete two fluids (hydroquinone and hydrogen peroxide) into two separate bodily cavities. When the insect feels itself to be threatened it opens an internal valve, forcing the fluids into another chamber where various enzymes and other reactants get to work, heating the mixture to almost boiling point before this liquid is expelled from the body in the direction of the disturbance. The resulting spray of the chemical cocktail is lethal to small creatures and very painful to humans, ensuring that the beetles tend to be left well alone. The internal reaction and spray can occur very quickly, with the whole process taking about one-seventh of a second. 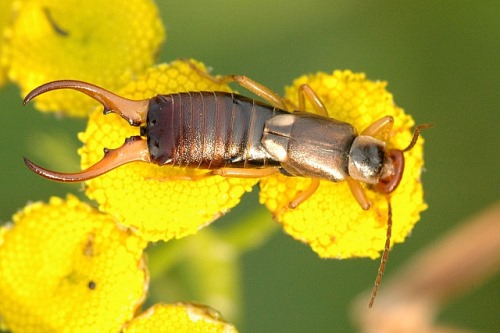 Earwigs are perhaps the best endowed of all creatures having penises that can be as long as the insect’s entire body. Not only do they have comparatively huge parts, but they have a spare penis too! Researchers discovered this when one hapless scientist accidentally snapped off an earwig’s penis. Horror-struck and remorseful, he was astounded to a fully functional secondary penis slide into place, leaving the earwig – uh – good to go again. Scientists cannot yet say why earwigs have this secondary penis, but most are sure that there must be some evolutionary advantage to the mini-beasts.

5. Have a Ball Lightning 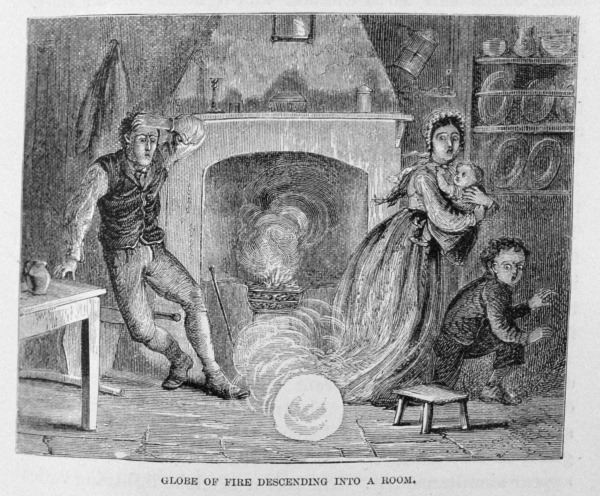 Despite many anecdotes and tales about balls of lightning travelling over land or hovering stationary for a short time, few scientists believed that ball lightning was real until they were provided with proof positive. They now believe that sometimes, when lightning strikes the ground, it vaporises a pocket of silicon which forms a burning bubble that lasts until all the oxygen surrounding it is burnt out. Some tales speak of the ball bursting loudly as it vanishes. Why the balls of lightning move is not known; the phenomenon is incredibly hard to study as it appears randomly and with no warning, vanishing again just as abruptly. 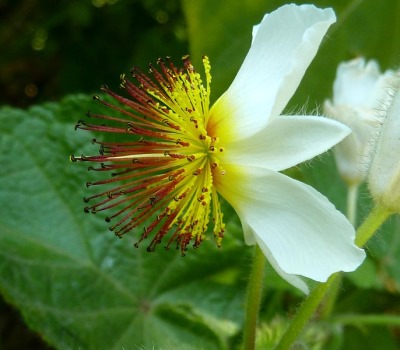 If you tickle the African hemp flower it will open under your touch! Just hope that it does not giggle and groove as one with the universe, man! (Just kidding, it is not THAT kind of hemp…) 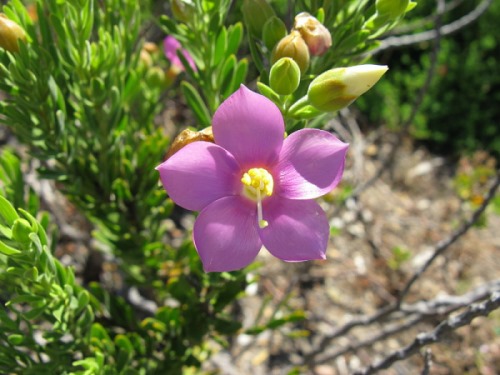 The Orphium flower found in South African only releases pollen under a specific set of circumstances; that is to say when it senses a certain sound, the vibration caused by the sound of middle C. In an evolutionary twist, one type of bee has adapted to this foible, changing the speed at which its wings vibrate in order to access and pollinate this particular flower, just proving that Nature is indeed mysterious and ever-changing! 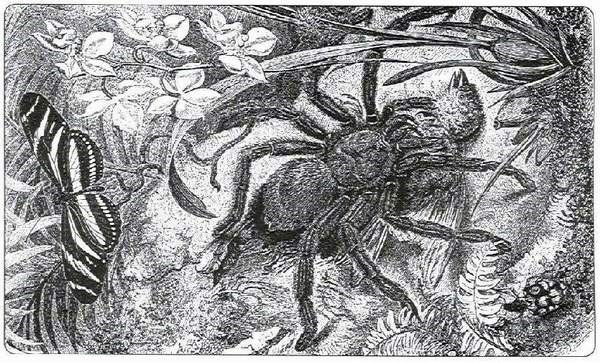 Tarantulas have something of a bad press, one that has not been helped by their frequent use in horror movies! Despite their fierce and furry appearance, the large spiders are actually quite fragile physically and even a relatively short drop (just a couple of centimetres) will be enough to shatter the spider’s intimidating but brittle exoskeleton. (Even if the exoskeleton is not broken it is quite easy for the spiders to suffer abdominal rupture which is equally fatal.)

1. A Mouse Can Squeeze Through Tiny Spaces 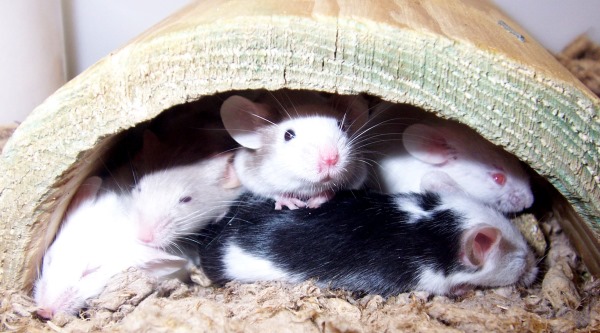 During the summer months, mice prefer to live outdoors, enjoying the fresh air and sunshine, but they tend to move into the nearest human habitation for the winter months, aiming to capitalise on the warmth and abundance of food to be scavenged. If you think your home is pretty-well secure, you might want to think again as the average house mouse can squeeze through a hole the size of ball-point pen or about 6 millimetres. They have soft skulls and narrow flexible bodies and can jump up 46 centimetres, swim and can travel vertically and even upside down meaning that if they really want into your house they will find a way to get there!

Top 10 People with the Highest IQ