Your stomach is something of a marvel of engineering, taking in the food you eat and breaking it down into its components parts (minerals, proteins and so forth) before sending all these nutrients off around the body to where they can do the most good. The stomach lining has many purposes, the most important of which are to help with the digestive process (by secreting the substances needed to break down the food) and to protect the rest of the body from the highly acidic environment inside the stomach. We all know that feeling of being too full, but few of us understand that this stretching is possible thanks to the folded and almost pleated surface of the stomach lining. These wrinkles are called rugal folds. If the lining was not under almost constant maintenance and renewal, it would not take long for the structure of the lining to begin to break down and for the super-strong acids to begin to digest it! 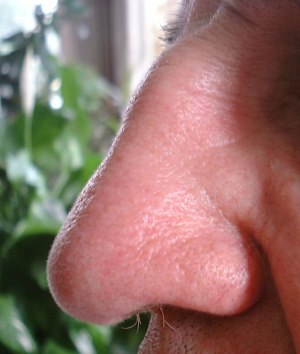 While we all know that dogs have incredibly sharp noses, it is not so well-known that we humans are not so bad at sniffing things out ourselves! The human nose can identify or recognise about 50,000 different smells. Interestingly, women tend to be better smellers than men, with scientific studies showing that women could actually identify differences between the smell of the sweat of healthy people and those suffering from cancer. Scientists have also found that the left nostril tends to be better at picking up stray scents than the right-hand-side one!

Every square inch of your skin has 32 million bacteria on it, right now! Okay, stop scratching or planning to rush off for a boiling hot disinfectant bath; it is completely normal and – fortunately – most of them are harmless or even necessary for our continued good health!

Your feet alone have 500,000 sweat glands on then and can produce up to a pint of sweat per day! This is why many feet find food odour to be a problem, especially when their feet are hot and confined to waterproof shoes for long periods of time. However, it is not the sweat that creates that pungent and cheesy smell – that comes from those millions of bacteria on your skin interacting with the sweat! If foot odour is a problem for you try sprinkling a teaspoonful or so of bicarbonate of soda (straight-forward baking powder) inside your shoes. The powder will absorb and neutralise the smell, sparing your blushes when you ease your shoes off under your desk.

That is 7 quadrillion in US terms or 7 thousand billion in old UK terms (a billion has shrunk over the years, mysteriously dropping three zeroes from 1,000,000,000,000 (12 noughts) to 1,000,000,000 (9 noughts – one wonders if the Treasury noticed when this happened!). Figures this large are simply too big for us to comprehend (it would take more than your lifetime, your child’s lifetime and even your grandchild’s lifetime to count even a fraction of your atoms (assuming you could see them easily enough!) and it seems incredible that humans, seemingly so solid and large, are in fact made up of tiny, tiny pieces of matter in this way! 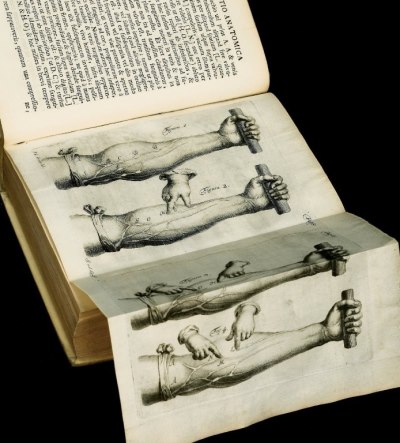 Inside every human body can be found 100,000 miles of blood vessels. Okay, some of them are really, really small and only a few are big enough to look impressive, but that is an awful lot of travelling that your blood has to do, especially when you think that each blood cell will travel all around your body about 75,000 times during its existence: one awful lot of mileage for something that only lasts about 120 days!

4. Iron Enough to Make a Nail 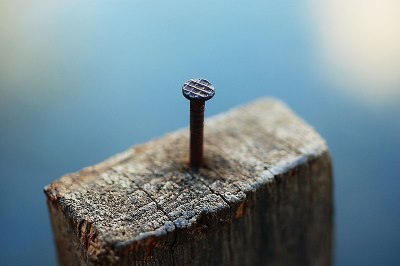 Each and every healthy adult person has enough iron dispersed through their bodies (in the red blood cells predominantly, but also in various organs, such as the liver, bone marrow and spleen) to make a small iron nail. It is estimated that a healthy person should have some 4 or 5 grams of iron is their systems while a 3-inch nail at the hardware store weighs in at a modest 3 grams. There are many other trace elements within the body and this has even been immortalised in the child-hood poem that was reworked by Terry Pratchett in his novel Wintersmith
‘What do you need to make a man?
Iron enough to make a nail,
Lime enough to paint a wall,
Water enough to drown a dog,
Sulfur enough to stop the fleas,
Poison enough to kill a cow,
Potash enough to wash a shirt,
Gold enough to buy a bean,
Silver enough to coat a pin,
Lead enough to ballast a bird,
Phosphor enough to light the town,
Strength enough to build a home,
Time enough to hold a child,
Love enough to break a heart.’

3. And the Strongest Muscle Is? 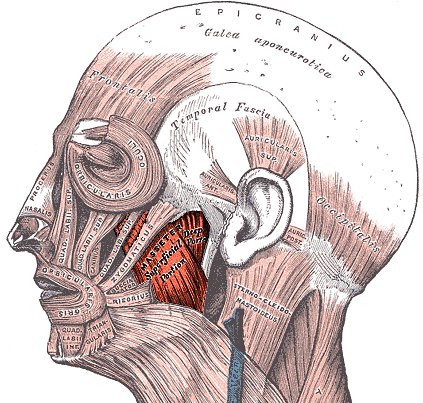 Contrary to romantic belief that the heart is and the feminist belief that the womb contains the most powerful human muscles the actual holder of that title is the masseter. If you put your hands on the sides of your face and switch between opening your mouth and biting down, clenching and flexing your jaw muscles, you are activating your masseters. Working the muscle as you feel its action will help you to understand the importance of the masseter as it is the muscle that pulls your lower jaw up, helping you chew through even the toughest food. 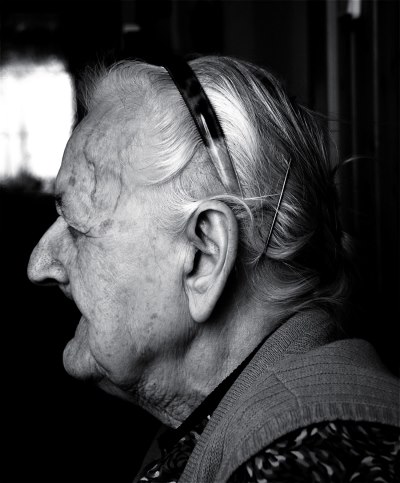 Your ears and nose never stop growing throughout your lifetime. This is why older people seem to have these features exaggerated and more prominent than younger people. It is not because of other bodily structures falling away (such as teeth falling out) although the visible effects of aging can exacerbate the appearance of noses and ears. 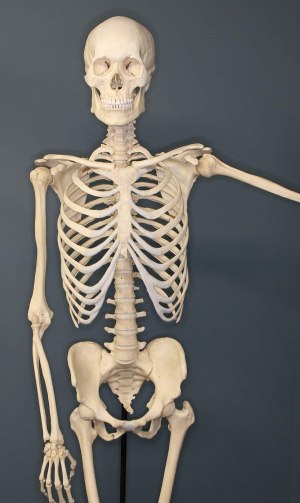 Ounce for ounce, human bone is stronger than steel. Of course, this does not mean that we can fling ourselves about with joyous abandon: in order to literally be as strong a man of steel we would have to weigh four or five times the amount we do now… Carrying that kind of weight would slow us down too much and place too much demand upon our systems, making us into strong, but inefficient and constantly fuel-hungry animals.