Any long-running video game franchise needs to change at least a little over the years to keep things fresh. Some give their graphics and gameplay tweaking while others move into different genres but still remain true to their roots. However, there are also those which change direction so dramatically that they’re barely recognisable. While some took risks which really paid off and offered a whole new perspective on a familiar setting, other series weren’t quite so lucky with their creative changes.

It wasn’t until Guerilla, the third game in the Red Faction series, that the developers finally realised that their environmentally destructive Geo-Mod engine was the thing gamers were really interested in. The first two games were solid entries in the FPS genre but the linear gameplay teased the full potential of the engine which allowed players to completely alter the game’s levels and environment. Turned into a third person, open-world sandbox, the Geo-Mod technology was massively improved in Guerilla and meant that players were really free to explore the Mars setting and play the game however they wanted. While the first two games were simple shooters with undeniably cool and unique environmental destruction thrown in, Guerrilla was a game which had been built from the ground up with this concept in mind. 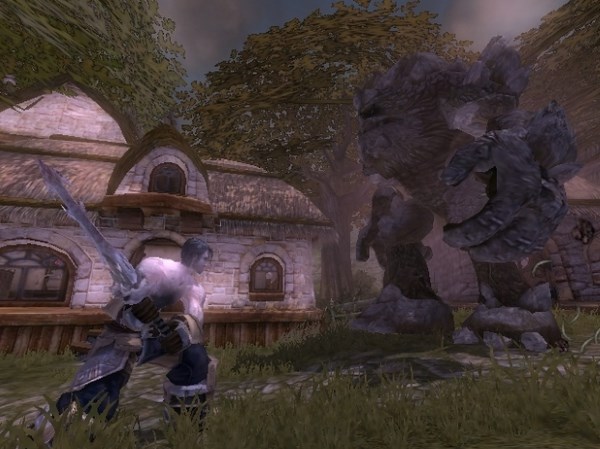 Fable is a very divisive series which still has fans split about which approach was best. The first game is widely considered to be a masterclass in the action RPG genre with a creative good/bad alignment system, incredible depth and rewarding, solid gameplay. Fable II received a mixed reception from fans; some welcomed the changes which made it more of a streamlined gaming experience (the combat and magic system was massively changed or, depending on your perspective, gutted) and opened up the scale of the game. Other felt like that it had been dumbed down to appeal to more gamers. Fable III was an undeniable leap backwards. The sequel offered a completely stripped-down experience which handheld gamers and somehow made navigation and gameplay worse than both of its predecessors. It was a lazy, uninteresting retread which lacked depth and was for many fans the final nail in the coffin. 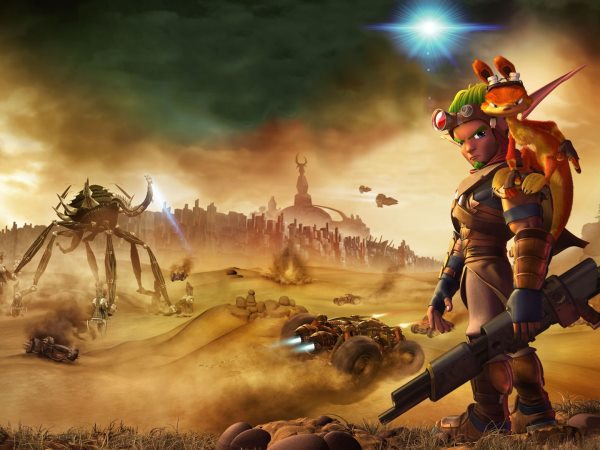 Jak & Daxter transformed from a fun, pretty light-hearted action platformer into a much darker and more serious game as the sequel found the pair traveling hundreds of years in the future and fighting as part of a resistance in a bleak dystopia. The changes and the different tone took many gamers by surprise as they expected a similar experience to the first game. Changing the formula to ‘to grim and gritty’ doesn’t always work but the sequel was widely praised for its new approach as Jak II managed to keep its quirky humour and style. The sequel also refined the first game’s solid platforming mechanics and offered new non-linear, sandbox gameplay.

7. Zelda II: The Adventure of Link 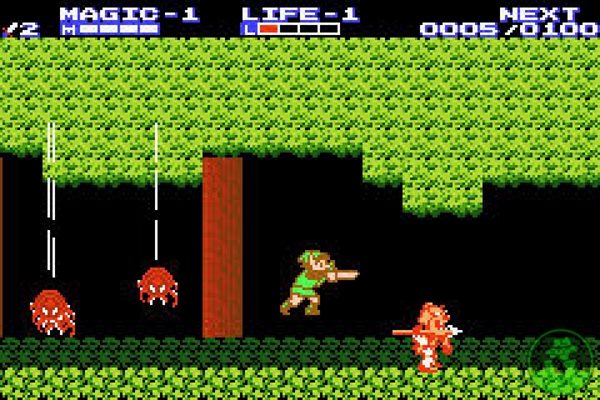 The Zelda games have been around for almost 30 years, so of course they’re going to have seen some changes. Most fans think of the drastic leap the series took when it turned 3D in Ocarina of Time, but Nintendo had already shaken up the formula years earlier. In The Adventure of Link, the overworld map was still top-down but the rest of the game took place as a side-scrolling adventure. It completely changed the look and feel from the first game and, although the combat is intuitive for its time, it just doesn’t feel like a Zelda title. Other features like the experience-levelling system and multiple lives were never seen in a Zelda game again and Nintendo wisely reverted back to the original gameplay for A Link to the Past. However, the Adventure of Link did have a lasting legacy on the series. The emphasis on NPC interaction, Link’s magic meter and the introduction of the Triforce of Courage (along with other Hyrule lore) would all reappear in future Zelda games. 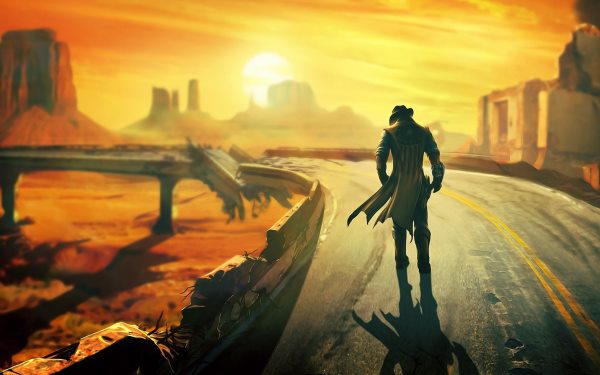 War never changes, but the Fallout series certainly has. In 2008, the post-apocalyptic turn-based RPG was changed into a first person shooter. Bethesda had bought the license to the series after original studio Interplay Entertainment went bankrupt and their approach was very different to what fans were used to. However, Fallout 3 managed to take many of the elements from the ‘classic’ RPG template – experience levelling, NPC interaction and even turn-based combat courtesy of the VATS system – to create a very different type of shooter. Although some fans maintain that the depth of the writing and world-building paled in comparison to the original series, it’s hard to deny that Bethesda weren’t successful in combining the two very different genres together. 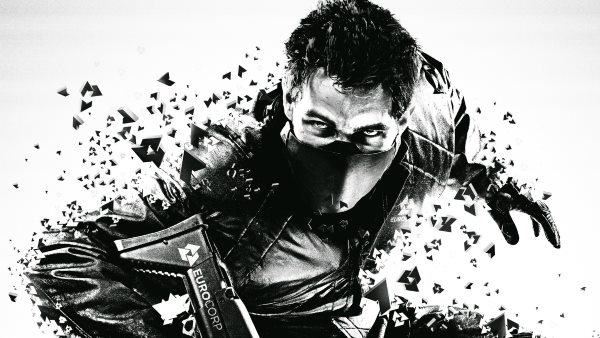 The transition to the FPS genre worked for Fallout and brought new gamers to the series while still appealing to its original fanbase (well, most of them anyway). The same can’t be said about Syndicate. Created by cult developer Bullfrog Productions, the original was a isometric tactical game where players took control of a team of upgradeable cyborg agents and fought against rival syndicates/territories. Syndicate was an underrated classic which was appreciated for its cyberpunk theme and intuitive real-time strategy gameplay, so it was something of a shock when EA reimagined the series as an FPS. Granted, the remake had some polish and some fast-paced gameplay, but it was just another generic entry in the crowded shooter market. 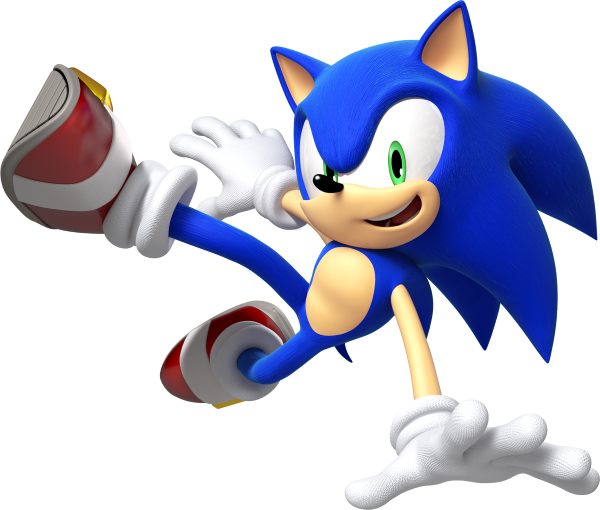 Sonic the Hedgehog has never found it easy moving along with the times. While Mario successfully made the leap to 3D platforming without compromising the original feel of the series, Sonic’s attempts at change have been much more incongruous. Unfortunately, one of Sonic’s earliest attempts at changing up the formula hinted at the future for this frequently disappointing and forever changing series. Released for the Sega Genesis in 1996, Sonic 3D Blast was another disorientating isometric platformer (the style had been tried before with the Game Gear’s Sonic Labyrinth) with confusing gameplay, clunky controls and bland, repetitive level design. It was a gimmicky outing for the character and one of many Sonic ‘reimaginings’ which just didn’t work, but at least it wasn’t as bad as Sonic 06. 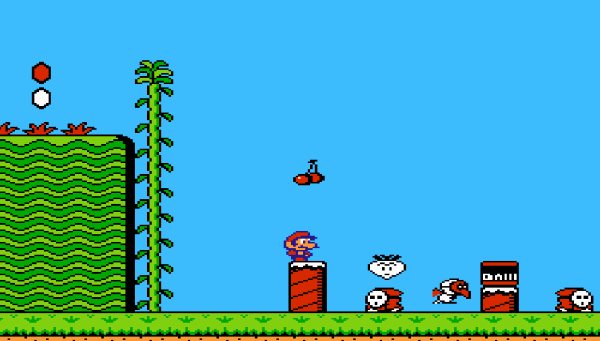 Super Mario Bros. 2 is a weird entry in the usually consistent series. Even the most recent side-scrolling games still share the same fundamental gameplay from the original first released in 1985, so why does the second entry feel so different with its pick up and throw combat and weird level design? Put simply, it was never meant to be a Mario game in the first place. Originally created as a new vertical-scrolling platformer where players had to pile up items to climb higher in the level, during development Nintendo realised that the game simply wasn’t fun and so changed it to be more like Mario. Still, this new game – Doki Doki Panic – had an entirely different cast of characters and gameplay mechanics. To appeal to the Western market where Mario was popular, Doki Doki Panic was basically ‘reskinned’ to become Super Mario Bros. 2. 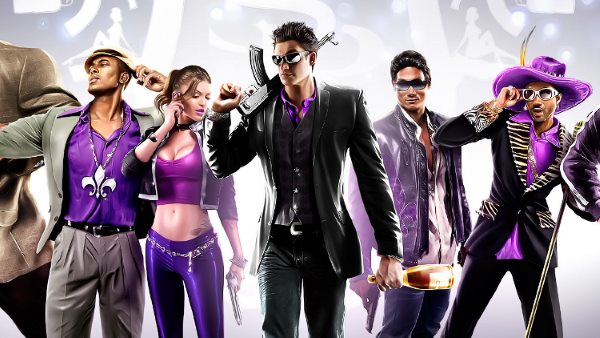 When Saints Row was first released in 2006, it was impossible to avoid the GTA-sized elephant in the room. Yes, this was another open world game set in a fictional crime-infested city with rival gangs battling it out. However, it was an undeniably polished experience and offered some improved ideas over its popular predecessor. For the sequel, the series seemed determined to carve out a very distinguishable identity of its own. As GTA moved towards a more serious gaming experience (well, kind of), Saints Row was all about bringing the fun. The second game wasn’t afraid to go a little crazy and toyed with some over the top satirical humour, but the third went full-blown ridiculous with the likes of dildo baseball bats, roaming zombies and out of control genetically modified clones. By the fourth game, players were taking control of the President of the United States and fighting off an alien invasion set inside a virtual reality simulation. 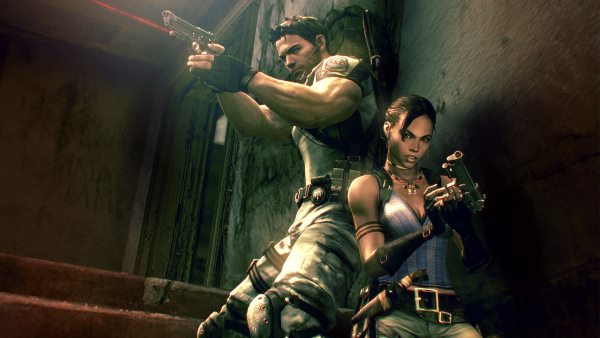 For years the Resident Evil games were the champions of survival horror. Sure, the zombie series had plenty of action but its real thrills came from its pervasive fear of dread and the idea that anything could be lurking around the next corner. Thus, fans were understandably a little apprehensive when it was announced that the games were moving towards action-oriented gameplay. The static camera angles were replaced by an over the shoulder third person perspective and a new targeting system was introduced. Fast enemies, Quick Time Events and context/environmental controls also made the gameplay more dynamic and fluid while the plot moved away from the Umbrella Corporation towards an all-new setting and storyline. The foreboding sense of horror may have been replaced with more of a panicked, frenzied atmosphere but the drastic departures from previous instalments were widely praised by critics and fans alike. Resident Evil 5 took things further with its co-op buddy system but the less said about sprinting cover shooter Resident Evil 6 the better. However, it’s clear that this is one series which is unlikely to go back to its roots.