Video games have come a long, long way. The video game experience has evolved considerably since its early pixelly days on arcade screens, and the medium has seen some truly revolutionary ideas and creative innovation over the years. However, there are some things which just haven’t changed. Whether the following annoyances are found in so many games thanks to technical limitations, to improve gameplay or just because they are plain easier to implement than look for other alternatives, every gamer would be much happier if these clichés would stop appearing in their favourite video games.

Game developers aren’t exactly subtle when they want to alert players about something big which is about to go down. Walking into a large room which has plenty of cover, medpacks and ammo usually means that countless waves of enemies are about to attack. However, it’s much worse if you’ve got a friendly NPC with you. Far too many first person shooters make wave combat so much harder by forcing players into covering a friendly character while they hack into a system, repair a broken door or try and complete some other equally annoying task. Each wave is prolonged by shouts of “almost there!” until the NPC finally finishes whatever it is that they’re doing, and if your mindless AI buddy takes a bullet in the back then it’s time to start all over again.

Some of the best open-world games create cities and environments which feel completely alive and give you the freedom to do pretty much whatever you want. However, nothing breaks the immersion of an excellent sandbox game like failing to pass through or over an obstacle when it should be easy to do so. Barrelling down a freeway at 80 mph an hour with the cops in pursuit? Better hope you don’t hit this 2D hedge or flimsy palm tree which will totally wreck your car. In a similar vein, video games really need a better way of keeping players out of areas than having knee-high barriers or seemingly impassable piles of rubble. Even when you’re near the end of the game and levelled up to almost godlike levels with the most destructive weapons known to man in your possession, a locked wooden door or tiny obstacle can still stand in your way.

8. Passing off Tutorials as Part of the Game

Most games don’t need a tutorial but they’ll still insist on telling gamers what button to press to jump or crouch. These learning levels would be fine if experienced players could skip them or just get through them at speed, but some games will try and integrate them into some sort of introductory level when it’s really not needed. It’s even worse if the tutorial is seemingly never ending or when the game still introduces core gameplay mechanics after hours of playtime. Final Fantasy VIII and XIII, we’re looking at you.

At the other end of the spectrum, there’s nothing worse than a hand-holding tutorial which makes you pull off a ridiculous string of combos or moves. It’s even worse if the conditions are so arbitrary and strict that you literally have to master the gameplay before you’ve even started the game. The original Driver had a maddeningly difficult timed tutorial which made players pull-off skilled moves in a cramped car park without making too many mistakes. It couldn’t be skipped and it was damn hard to pass.

6. Being Forced to Walk After (and Look After) NPCs

Need a way to advance the plot with some expository dialogue but don’t want players to sit through a cut scene? Simple, just make them follow an NPC who walks at a ridiculously slow pace and who doesn’t stop talking. At least with cut scenes you can sit back and watch the action or plot unfold, but these infuriating ‘follow me’ segments force you to traipse along without running too far ahead or falling behind. There’s nothing to do but hold down the analog stick and wait for it to end. Similarly, another gameplay feature which is guaranteed to instantly make gamers prepare for the worse is having to look after an NPC on a dreaded ‘escort’ mission. Admittedly, not every video game companion is annoying. Recent years have seen the likes of Ellie from The Last of Us and Elizabeth from Bioshock: Infinite prove that having an ally isn’t always bad, but the vast majority of games have stupidly programmed AI buddies who would much rather run head first into a wave of bullets than take sensible cover somewhere so you can clear the way forward.

Some video game bosses just aren’t as difficult as the lead up would have you believe, and your big encounter can be over in a matter of seconds if you manage to kick their ass without much effort. So it can be pretty infuriating when you beat a boss and the next cut scene pretty much undermines everything that you’ve just done. In Mass Effect 3, the first fight against the annoying, back-flipping, samurai wannabe Kai Leng is ridiculously easy, but the following cut scene shows Leng getting the upper hand and cockily striding off. The fight didn’t happen like that, but the rest of the game is going to pretend like it did.

4. Be My Errand Boy Side Quests

To be fair to RPGs and other games, not every single quest you come across can be a massively epic fight or journey which has world-saving consequences. However, that doesn’t mean that you need to spend most of your time acting as an errand boy for NPCs who want you to bounce between different places or backpedal through previous locations for the most arbitrary of reasons. RPGs like Skyrim and the recent Fallout series are often name-checked as the worst offenders of these types of missions and although it’s certainly true that they do have their fair share of errand boy missions, they pale in comparison to those found in RAGE. The game lacks any type of decent story anyway, but running back and forth between locations like a glorified courier makes most of the side quests a real chore.

You can’t really blame developers for designing their big action sequences to be as cinematic and memorable as possible, but it does feel a bit sloppy when enemies stand next to flammable or explosive items which are just begging to be shot at. This is a cliché which was found in nearly every early FPS like Doom and Duke Nukem 3D, but they still persist in modern shooters like Far Cry 3, Call of Duty and even the latest Tomb Raider. It’s time that developers thought of a better way of upping their action scenes than strategically placing red barrels everywhere.

All gamers come to expect a little bit of weird behaviour from their NPCs, but it’s so jarring when an NPC seems completely oblivious of the world around them and don’t act like any normal person would. Technical and scripting limitations obviously prevent gamers from having too much of a believable back and forth interaction with every NPC they come across, but they when an NPC tells you their entire life story within seconds of you meeting them and then they act like they don’t know who you are seconds later (or even worse, repeats what they’ve just said verbatim back to you), it kind of breaks your involvement in the game. And then there are those who will repeat the same dialogue over and over again – Nazeem from Skyrim constantly talking about Cloud District has broken the spirit and patience of many players.

Love them or hate them, Quick Time Events are here to stay. They weren’t the first games to use the gameplay mechanic, but the likes of God of War and Resident Evil 4 use QTEs to immerse players right in the action instead of taking control away when it came to cinematic cut scenes. The frantic button-bashing of QTEs helped to enhance the experience and made players feel like they had to do something instead of just sitting back and watching the in-game movies take place. Nowadays, video game developers increasingly use QTEs as a substitute for actual gameplay. The recent Xbox One launch title Ryse: Son of Rome has so many QTE pop-ups that the combat is constantly interrupted and it feels like all control is being taken away from you even as you play. Even worse, the QTEs don’t really affect the outcome of the game and they don’t have any stakes; they’re just there to make the combat look and feel cooler. 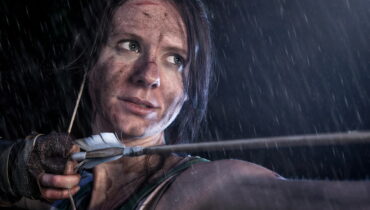 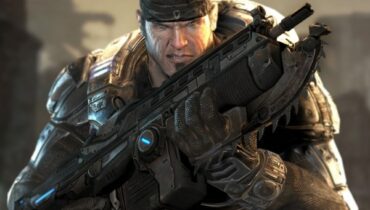