Twins are not that uncommon, in fact most people know at least one pair. However, there are some really unique cases out there as the following top 10 shows.

There is no difficulty identifying which twin is which with this pair of 11 year old sisters. That is because Kian is dark-skinned with black hair, whilst Remee has white skin and blonde hair. The girls’ parents both have white mothers and black fathers and the sisters are different as a result of one of two fertilised eggs inheriting black genes, whilst the other egg inherits white.

Jim and Jim were separated at birth and brought up by different families, yet their life stories read like something from Strange but True. It wasn’t until 1977, when the twins were 39, that Jim Lewis decided to find his brother, Jim Springer. The pair discovered that they both lived in Ohio only 40 miles from each other. In boyhood both had dogs called “Toy”, they had both been married twice to women named Linda and Betty, drove Chevrolets and enjoyed the same interests and hobbies.

Experts say that it is a million to one chance that twin sisters would fall pregnant with twin boys due at the same time. This is what happened to twenty-one year olds Andrea Springer and Ashlee Spinks who gave birth to twin boys barely sixty minutes apart at Atlanta’s Northside Hospital back in 2004. Springer had identical twins; Spinks fraternal twins.

Twin brothers, Billy Leon and Benny Loyd McCrary adopted the name McGuire for their career as tag team wrestlers. With a beastly combined weight of 666kg or 1,468lbs (105 stones) the Guinness Book of World Records lists them as the world’s heaviest twins. The pair were born in Hendersonville, North Carolina, on December 7, 1946. Billy, 51 stones at his peak, died in a motorbike accident in 1979; Benny, the heavier of the two at 53 stones, of heart failure in 2001.

Even though life expectancy in Japan is the highest in the world, twin sisters Gin Kanie and Kin Narita exceeded all expectations by reaching the grand old age of 108 and becoming longest living twins on record. Gin and Kin, who were born in Nagoya on 1st August, 1872, didn’t become famous until there 99th birthday after which television viewers marvelled at their sunny dispositions and lust for life. Kin died of heart failure in 2001 and Gin a year later.

Somalian, Hussain Bisad, measures 7ft 7.5 inches or 232.41cm tall, unlike his twin sister Khardra who is slightly below average height for a woman. Hussain, who was born in 1975, became England’s tallest man when he arrived seeking asylum. Experts put his height down to giantism, most like caused by a tumour on his pituitary gland.

Mixed race, fraternal twin sisters, Lucy and Maria Aylmer were born in 1997 to a half-Jamaican mother and a Caucasian father. Maria is black with dark hair and a caramel tone to her skin; Lucy is white with red hair. The odds of a biracial couple having non-identical twins of a different race are 500-1. Although they have a close and very strong bond, the sisters often experience difficulty proving they are twins.

Abby and Brittany Hensel, born in Carver County, Minnesota, in 1990, are conjoined twins. The girls have two heads (and two distinct personalities) but share the same body with each sister controlling the arm and leg on one side. Each twin has a separate heart, stomach, spine, lungs and spinal cord. Tasks like eating and writing can be carried our simultaneously. However, the girls can only run and swim when they work together and coordinate their movements.

These identical twins were born to Gloria and Aubrey Gibbons, in Barbados, in 1963. The family moved to Wales soon after their birth and the girls attended the local school. June and Jennifer spoke to each other in a high-speed language of their own making, and to the exclusion of everyone else. After pursuing brief and largely unsuccessful writing careers, the pair started committing acts of petty criminality, culminating in arson, with the result that they were committed to Broadmoor high security mental hospital. Jennifer died inexplicably in 1993 aged 29.

This pair were named least alike twins at the the Twins Festival in Ohio. Born in 1993, as a result of in vitro fertilization, to Dutch couple Wilma and Willem Stuart, Koen was black whilst his brother was white. Despite initial reassurances from medics, it was later proved that whilst Teun was definitely Wilma and Willems child, Koen wasn’t. A terrible mistake by the hospital had resulted in another man’s sperm getting mixed with Wilma’s fertilised eggs. Happily, the both boys share a deep bond, are loved by their parents. 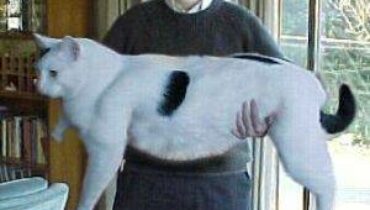 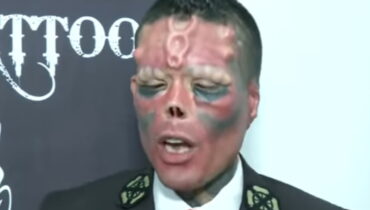