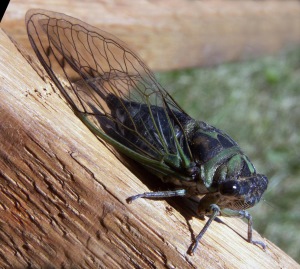 Most people in the world recognise cicadas if not by sight then by sound! Their distinctive noise, made by the small insects activating their tymbals (small areas covered with membranes that the cicada flexes and ‘works’ in order to create the sound, something like rippling sheet metal to create thundery noise) is widely used in film and television to indicate that it is night-time. However, their unusual noise notwithstanding, there is something truly mind-boggling about cicadas: they survive underground, in the nymph stage, for up to 17 years, before emerging for a brief period of mating and breeding after which they die. (There are some species of cicada that have a two to five year life cycle) It is believed that these very long periods of dormancy are a way to ensure the survival of the species as predators will not live long enough between birth cycles to eat the insects into extinction.

9. Ants Weigh As Much as People! 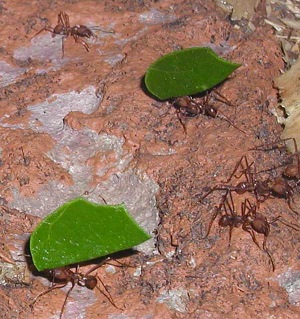 Ants are perhaps the most acceptable insect going: they do not suck our blood like ants and ticks, they do not bite or sting (much, some ants do have a nasty defensive nip and others can be quite vicious (fire ants, for example) but mostly, they coexist with people quite happily, cleaning up any food that we leave lying around and not getting in our way very much. They are about one millionth the size of a human, and therefore, we happily surmise, we rule over them in a complacent and docile sort of way. However, ants outnumber us – by about a million to one! This means that, on a like for like basis, there is roughly the same biomass of ants as there is of humans! Scary thought now, yes? (Please do note, this fact is disputed by some scientists, although the author could not find any figures against the theory!) 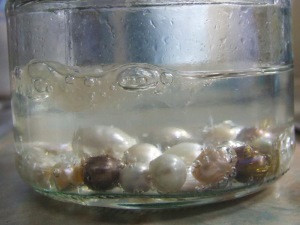 Pearls today are considered beautiful, expensive and rare possessions, and as such they are looked after, protected and only used on special occasions. Because of this, we have forgotten much of the knowledge that the world has about pearls, and not many people know that pearls will dissolve in vinegar. Cleopatra, amongst many other lavishly spendthrift historical personages, used to dissolve pearls in ‘rough’ vinegar, then drinking the resulting concoction and sharing it with her lover Mark Anthony, believing the pearly sediment (known as magistery) to be an aphrodisiac. Should you be lucky enough to inherit, find or buy a large and splendid natural pearl, be sure to keep it away from the salad dressing, lest it be accidentally destroyed!

7. IBM Traded with the Nazis 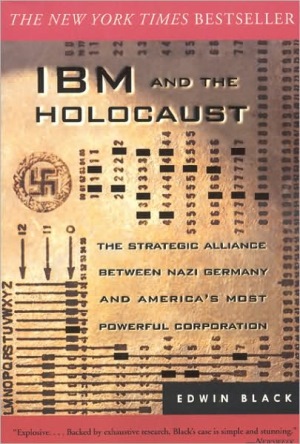 While we tend to think of the world of computers, all modern and open, and the world of the Second World War, with Nazis, numerous deaths and uncountable atrocities as being entirely separate entities, but this is not true. During the war the German authorities used IBM technology to keep track of all their supplies, logistics, and, it is believed, Jewish prisoners. This chilling information came to light in 2001 and was tied (some say cynically and with ulterior motives) to a class action legal suit on behalf of the Holocaust victims. The case was dismissed and the book went on to win awards, but the reputation of the computer giant was left somewhat tarnished. (It must be pointed out that there is no proof that IBM was aware of what its technology was being used for, and it is hard to claim liability for merely selling goods.)

6. Galileo Could Have Visited Harvard 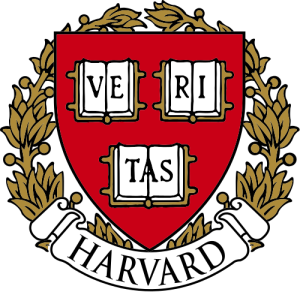 Harvard University has an international reputation for producing the best lawyers and doctors, and it is the oldest institution of higher learning in the United States. The college was established in 1636 and therefore was extant during the lifetime of Galileo, who died in 1642. To help put this all into context, William Shakespeare (who recently passed his 450th birthday) died just twenty years before Harvard opened its doors… 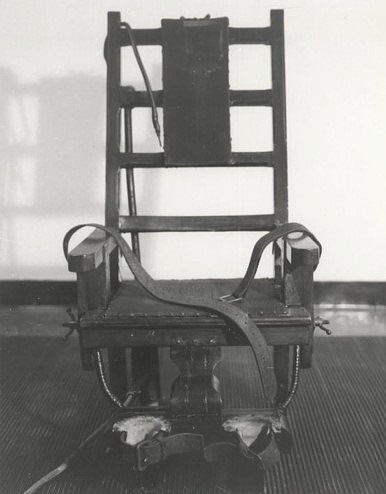 The electric chair was invented by a dentist. To those of us who hate going to the dentist (that is most of us, isn’t it?) it makes a kind of macabre sense that one of these practitioners of pain, humiliation and excessive amounts of slobber should have come up with the idea of execution by chair! However, the fact of his profession was a secondary note to Alfred P Southwick’s invention. He had the misfortune to watch a drunken man stumble, one night, into an electric generator dying on the spot. Southwick felt that while tragic, the man had died so quickly and efficiently that perhaps execution by electrocution was something to be considered by the authorities. Being a dentist probably influenced him into using a chair form for his device. Southwick attended the first execution using the electric chair, some ten years after his first thoughts on the matter and is reported to have said, ‘We live in a higher civilisation from this day.’ 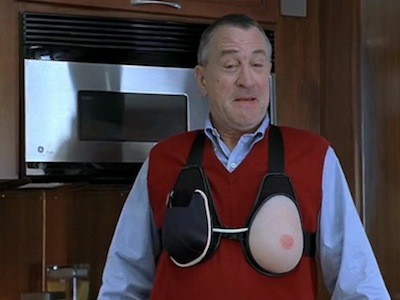 All human embryos began their lives as females, with male characteristics appearing later on in the developmental process. (It is for this reason, it is believed, that men have nipples at all, sort of genetic leftovers!) Male breasts are usually dormant and of no use to him or his children. However, the breast tissue still exists and this is why there have been cases of male breast cancer and how some men have been able to produce milk – a process known as galactorrhea rather than lactation when applied to men. It is a little known fact that female lactation actually has little to do with the process of pregnancy and giving birth. In fact, it is quite possible for a virgin woman to breastfeed a child as it is the sensation of sucking that stimulates the flow of milk by activating various hormones and natural responses. It is believed that men can also take advantage of this natural phenomenon and begin to produce milk to sustain their children, should they so desire. There is a wealth of anecdotal evidence supporting the fact of male breastfeeding, including a 2002 story about a Sri Lankan man who breastfed his children following the death in childbirth of their mother.

3. Miles and Miles of Mushroom!

The largest living thing on earth is a giant mushroom which is growing underground in Oregon. At the last measurement the mushroom was found to be some 3.5 miles in diameter. The mushroom can only be seen when it sprouts ‘honey mushrooms’ on the surface, the growing fungus showing the dimensions of the immense Armillaria Solidipes as it lies concealed from view. The Oregon specimen is believed to be 2,400 years old and is known affectionately as the Humongous Fungus.

2. Mouse that Howls at the Moon 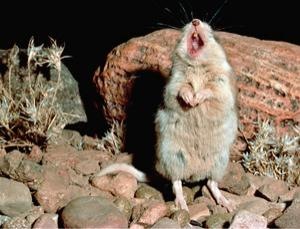 Deep in the Sonoran desert it is possible to find this simultaneously cute and creepy rodent: a little mouse that eats meat (poisonous scorpions being a firm favourite) and howls at the moon! The howl is a long sustained note, just like a wolf, but the small size of the mouse means that the howl often sounds more like a scream or whistle than a howl. These pint sized creatures have attracted the interest of scientists due to their proclivity for snacking on scorpions: they do not seem to be at all affected by the venom which can cause pain and respiratory failure in humans. Scientists are wondering if these small spooky mice hold the secret to a new and powerful painkiller and are currently undertaking research on the matter. 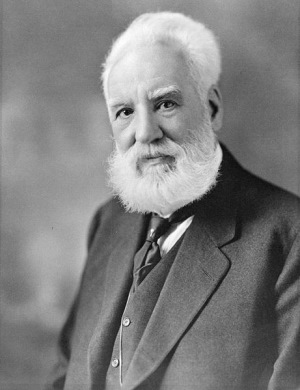 Most of us recognise the name of Alexander Graham Bell as being the man who invented the telephone, and only a few people know that he invented another device: the metal detector. President James Garfield was shot in the chest on the 2nd July 1881 but did not die immediately from him wounds. At the time, medicine was not as advanced as it is today, and even x-rays were not yet in use. This meant that the doctors could not tell where the bullet had lodged, and thus, could not decide how to proceed with his treatment. Had the bullet penetrated deeply into the body, puncturing vital organs, Garfield would need immediate surgery, but if the bullet was simply lodged in his body, doing no further harm, then doctors would have felt comfortable allowing him to recover from the wound, before attempting to remove the bullet. Therefore, wisely perhaps, the doctors decided to do nothing, while they tried to ascertain the best course of action. This dilemma quickly found its way into the press and it was not long before home remedies, recipes and a host of suggestions, tips and advice was flooding into the White House as the population turned its collective wisdom to the task of curing the President. One man, Simon Newcomb, had been working with electricity and reported that when metal was placed near an electrified coil of metal wire a hum would sound. The downside to his discovery, he added mournfully, was that the hum was very, very quiet and unlikely to be perfected in time to save the critically ill man. Alexander Graham Bell read of Newcomb’s discovery and got in touch, offering assistance. After all, his telephone amplified sound made through wire, meaning that some of the principles involved should be the same. Newcomb accepted Bell’s offer of assistance and between them they cobbled together a prototype working metal detector. They tested out their new invention, first on bags of grain in which they concealed bullets and then on some old soldiers, many of whom still had bullets and shrapnel lodged inside their bodies. In every case, the pair correctly identified the soldiers carrying bullets. Despite the president’s weakly expressed protests (he was worried about being electrocuted) the metal detector was used on him – only for the device to apparently malfunction. Baffled, the pair took their device back to the laboratory, where it was found to be in perfect working order. Returning to the president’s side, they once again heard a gentle hum, no matter where they placed the metal detector. Frustrated, they were forced to give and the president died some days later. At the time sprung mattresses were a brand-new invention (almost unheard of by the general populace) with the White House being one of the first to invest in these new, comfortable beds. President Garfield had essentially been placed upon a layer of springs, and it is this metal that confused the detector. Had Bell and Newcomb been aware of the metal in the mattress, it is possible that the life of the president could have been saved…