We all know the tooth fairy, don’t we? That mythical being who flutters into our bedrooms and takes away our discarded baby teeth, leaving behind what should be a shiny gold coin but what actually is a piece of currency from whatever country we happen to be living in at the time. But what do we actually know about her? Here’s ten top facts about the Tooth Fairy:

History of the tooth fairy 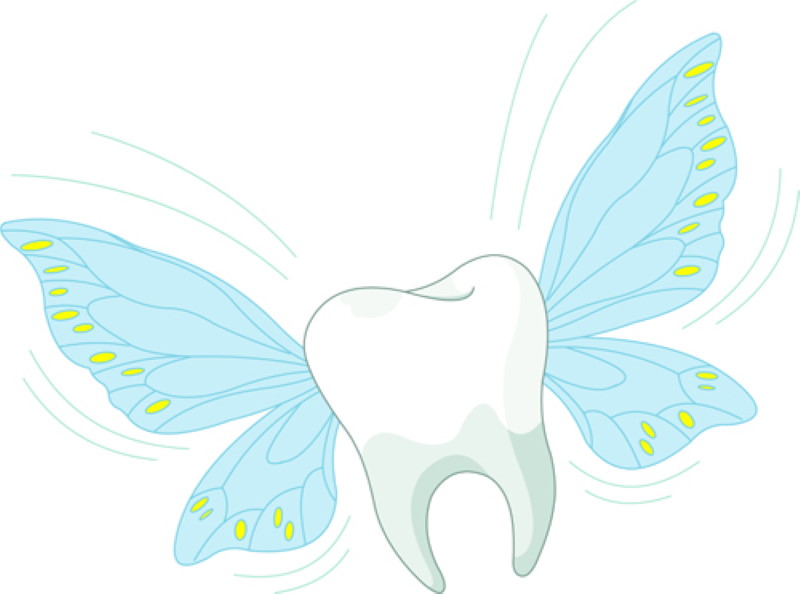 She is something of a baby in mythological terms. Greek gods and goddesses have been around for millennia; Death as a personification has probably existed since prehistoric times, Father Christmas or Santa Claus has been with us since approximately 280AD (with some costume and duty changes along the way, admittedly) and Jack Frost dates fairly precisely to the US Civil War, where he was depicted as a general, freezing out the spread of malaria. The tooth fairy by comparison is just over one hundred years old. The earliest recorded mention of her is in a letter to a publication in which a reader wrote in to let other stressed mammas know that the tooth fairy was an excellent way to ensure good behaviour the night the child lost a tooth. This was in 1908. The tooth fairy’s popularity spiked when Esther Watkins Arnold wrote a play for children. The play was called The Tooth Fairy, and it was published in 1927. Cultures all over the world celebrate the loss of the baby or milk teeth, often with awards of some kind being given to the child to celebrate this milestone on the way to adulthood. The Vikings turned things around a little, giving the child a token when their milk teeth cut, rather than when they were lost: this was called a ‘tooth fee’. 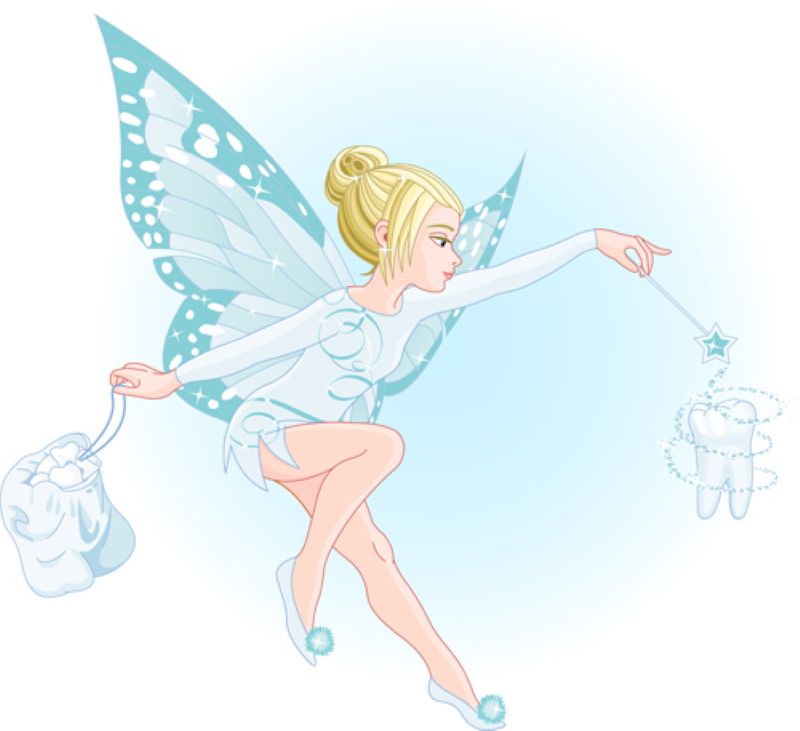 No one knows what the tooth fairy looks like for sure. While Father Christmas, the Easter Bunny and other similar characters have all been popularised by television shows, movies and books, the tooth fairy has never been pinned down into one decisive shape or form. Terry Pratchett, in his best-selling and beautifully realised Discworld, solved the problem by making the job a franchise in which any determined girl with a ladder and a pair of pliers could make her fortune.

She is a mouse? 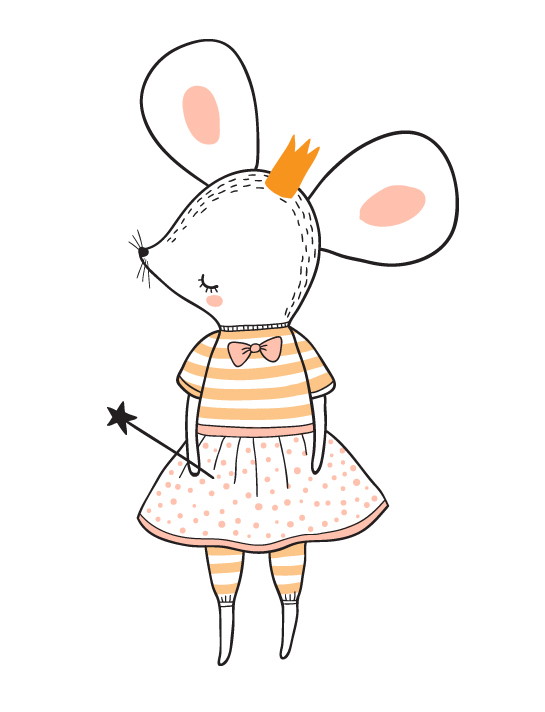 In fact, in France and Belgium (as well as some other countries) the tooth fairy is actually a mouse. It is customary to leave a little piece of cheese for the mouse, alongside the baby tooth for La Petite Souris, which translates to The Little Mouse.

She will visit you a maximum of 20 times

No matter what form your tooth fairy takes, you are limited to how many times she (it is usually a she despite the many other unknowns) will visit you during your lifetime. Obviously, this is dependent on how many baby teeth you have: usually around twenty or so. This is very obvious when you think about it: but it is also quite sad! 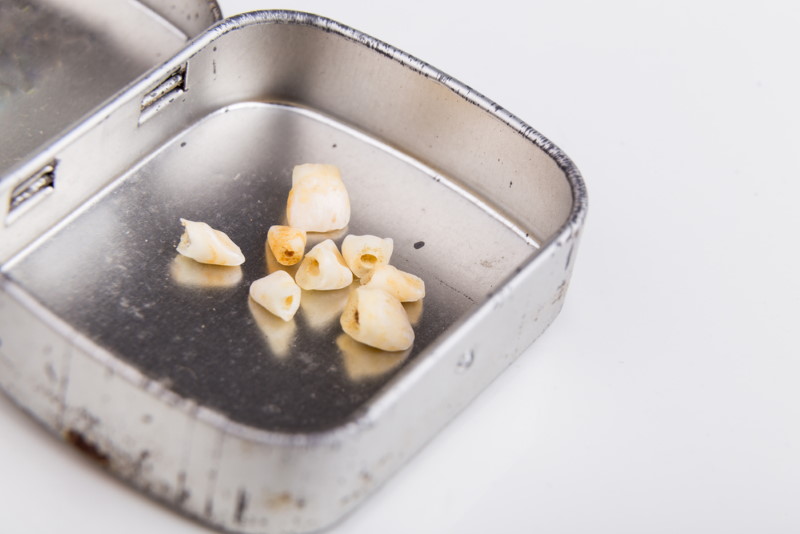 Following on from this, it has been calculated that, given the world’s population and how many people will be in the age range to lose teeth and so on, the tooth fairy must collect around 300,000 teeth every night. That’s three hundred thousand teeth, all of which are believed to be taken to Fairyland and used to make houses and buildings there – the latter being a remarkably persistent and consistent belief!

The value of teeth matches the stock market 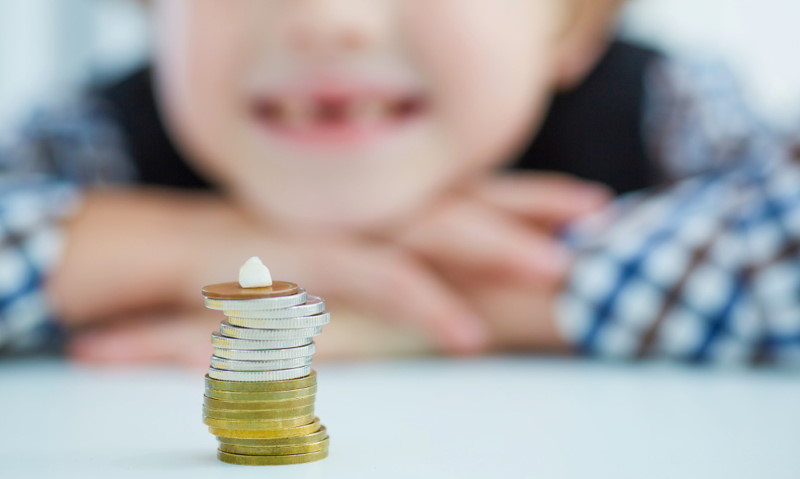 The amount that children receive for their teeth from the tooth fairy has been studied for around seventeen years. During that time, the valuation of the tooth fairy market has tracked very precisely the overall stock market trend year on year, matching rises and falls in a rather uncanny manner.

Tooth fairy is a dentist’s friend

Notwithstanding the stock market, the tooth fairy is your dentist’s friend if you are a child. She is known to prefer whole, clean white teeth, over discoloured broken or cavity-ridden offerings and will pay extra for them. She has also been known to leave notes, exhorting youngsters to brush and floss regularly: this has worked! Doing chores and being hygienic because your parents say so is one thing: doing it because a fairy asked you to! Well, that’s different! 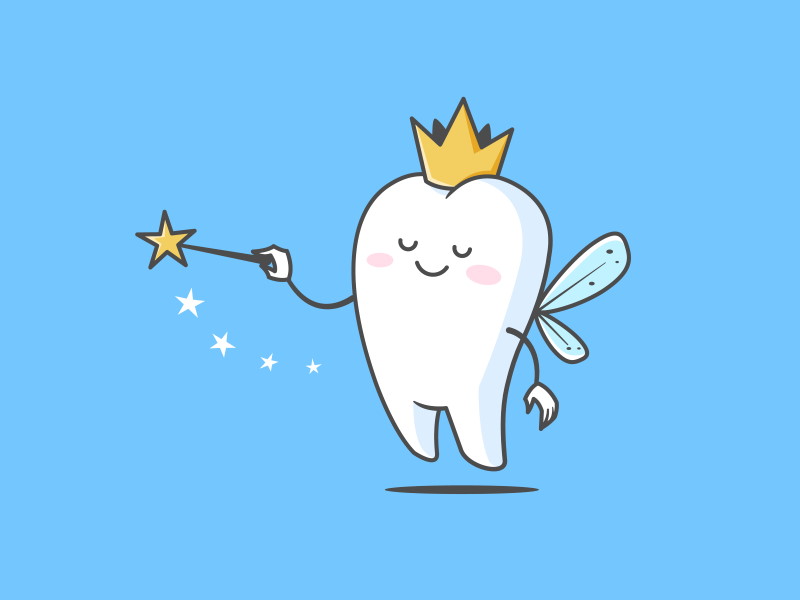 The tooth fairy has found a way into scientific terminology – well, sort of. Tooth Fairy Science – as in ‘that sounds like Tooth Fairy Science to me, Janice!’ – is the name given to the practice of beginning research into a phenomenon without actually ensuring that said phenomenon exists. For example, a study into whether the tooth fairy leaves more notes than coins could be conducted: questions could be asked and answers could be arrived at. However, the existence of the tooth fairy should have been established before the study was allowed to proceed.

Dr Rosemary Wells might have something to say about the above point. She set out to make herself the world’s first and foremost tooth fairy expert, studying the myth, quizzing parents and children on the topic, and even collecting so much memorabilia about the tooth fairy that she ran the world’s only tooth fairy museum from her home. The museum was open between 1993 and Dr Wells’s death in 2000. 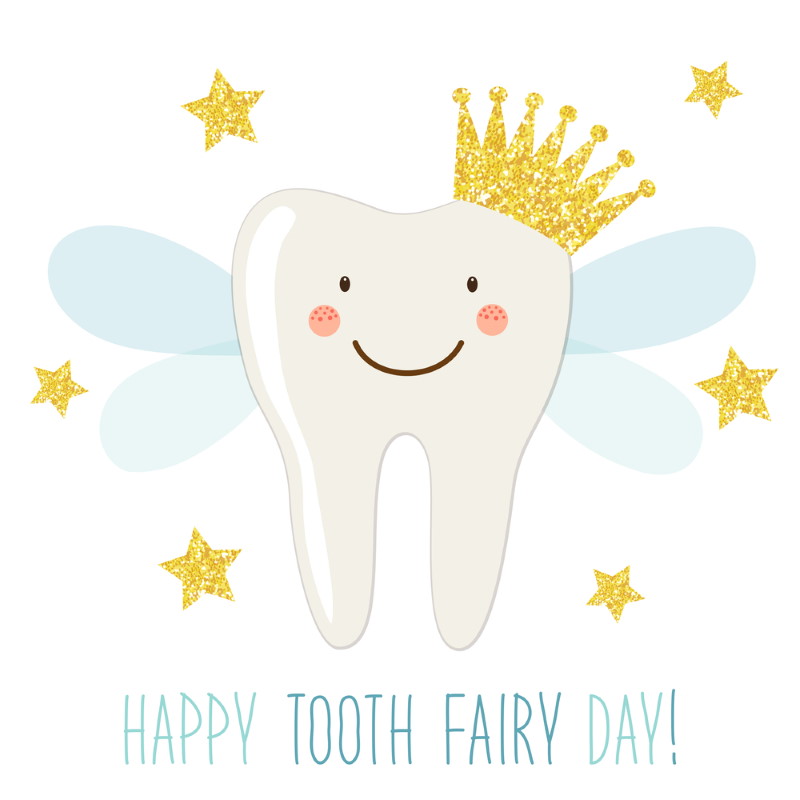 Tooth fairy Day! The bunny has Easter, Santa has Christmas, the tooth fairy has her day too. In fact, she has two days: the first is the 28th of February and this is a standalone celebration. The second is 22nd August and this is taken as marking the end of National Smile Week that falls during the second full week of August.

Now you know a little bit more about the mythical being who flitters into children’s rooms, removing her grisly cargo and leaving them a little bit richer, both imaginatively as well as financially.