Ever heard something which sounds so unbelievable it couldn’t possibly be true? Well here’s ten facts which will really mess with your head.

The sentence ‘the rat the cat the dog chased ate the malt’ may seem like complete gibberish, but it is grammatically correct. The sentence is an example of multiple center embedding and, thankfully, it’s something which seldom occurs in natural language.

Folding a standard piece of paper with a thickness of 0.01cm in half will give you a piece 0.02cm thick. Doing it again will make it 0.04cm thick, and so on. Thanks to the power of exponents, if you wanted to keep folding so that the paper reached the moon, you would only have to do it 42 times before it would have a thickness of 439,804.651 km. However, despite your best efforts it’s nearly impossible to fold a normal piece of paper more than 7 times.

8. Humans are Outnumbered by Ants

Here’s something to make your skin crawl – scientists estimate there are 1.6 million ants for every human on earth. Let’s hope they don’t start planning an uprising any time soon.

The guillotine seems like such an archaic form of execution that it feels unbelievable it was used as recently as the 1970s. After a lengthy trial, Hamida Djandoubi was sentenced to death for torturing and murdering a 21 year old woman in 1974. His was the last execution in Western Europe.

6. More People Drown in Deserts than Die of Dehydration

Water isn’t exactly plentiful in the desert, but sandstorm conditions are ideal for flash flooding. As sand doesn’t soak up rain quickly, heavy rainstorms can produce floods with walls of water up to 30ft in size which can easily sweep away unfortunate souls to their watery graves.

5. Cold Coffee and Warm Soda are the Same Temperature

Expectations can really mess up our sense of perception. When something we expect to be hot, like coffee, is room temperature, it’ll taste much colder than it actually is. Likewise when we take a drink of something we usually have cold, like soda, we think it’s warmer than it is.

4. Your Eyes are Halfway Up Your Head

Here’s something which will have you staring in the mirror in disbelief – your eyes are about halfway up your head. Our sense of proportion makes it feel like they’re much further up than they actually are, but we don’t usually factor in our hair and where our face ends and the top of our head begins.

One of the most unbelievable facts in this list is also one of the easiest to verify – simply look at a globe or load up Google Maps and you’ll see that New York City is further south than Rome on the latitude line. Admittedly, it’s only by one degree, but it’s interesting to see how skewed our sense of geography can be.

2. Mammoths Were Still Alive when the Pyramids were being built

Here’s another historical timeline which people get confused about. The time span of Egypt’s history is pretty staggering – the dynastic period of its kingdom was in 3150 BC and the Great Pyramid of Giza was built in 2580 BC. For the sake of perspective, small populations of mammoths were thought to have survived on Wrangel Island in the Arctic Ocean up until 1650 BC. Here’s another fact that most people don’t realise: Cleopatra (69 – 30 BC) lived closer to the time of the moon landing than she did the building of the pyramids.

1. There are More Trees on Earth than Stars in the Milky Way

Our Solar System seems so impossibly vast that nothing we have on our planet could possibly compare in terms of sheer numbers, but it’s estimated that there are more than 3 trillion trees on Earth compared to the (high end) estimate of 400 billion stars in the galaxy. Although that number seems plentiful, scientists estimate that we are still removing more trees each year than we are planting at a ratio of nearly 3:1. 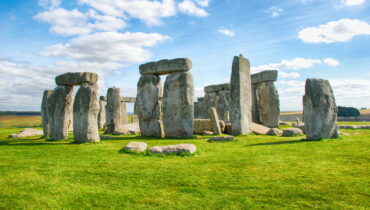 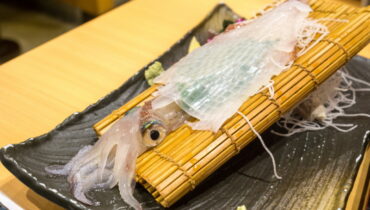