Under the Freedom of Information act, people can know get access to information, details and rationales behind projects and decisions taken by those in authority. Sometimes the practise of uncovering these secrets is fascinating and comprehendible: occasionally it is terrifying:

Studies and papers from those who researched the Challenger Space Shuttle disaster of 1986 which killed seven people revealed that it is highly unlikely that they died when the explosion occurred just over a minute after launch. Instead, the broken shuttle continued its upward trajectory for a while before falling back to earth, landing in the sea, some two minutes and forty seconds later. It is hoped that the inhabitants were all unconscious during this time, but some believe that at least some of them were conscious and actively trying to resolve the catastrophic issues the shuttle was facing.

9. Broken Arrows by the Quiverful 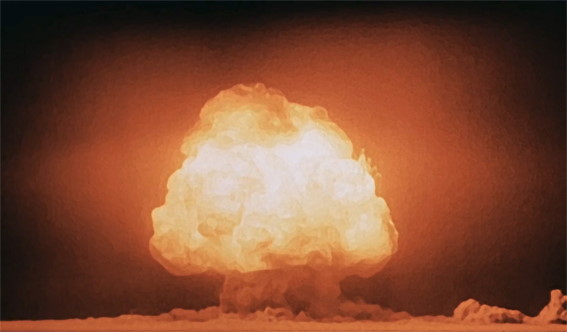 Despite it being a hotly protected secret, often for years after the event, enough documents have been released for us to know that there are more nuclear near accidents than the average person could sleep well knowing about. From fingers hovering over attack/ defence buttons on both the US and Russian sides, to plane crashes in which a single safety switch stood between a sleepy US town and utter nuclear annihilation, to various quasi-aggressive ‘tests’, it seems to be a genuine miracle that we haven’t yet unleashed nuclear Armageddon on ourselves. 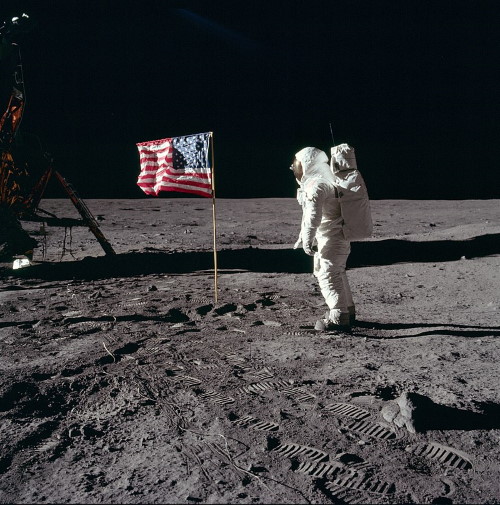 Recently released into the public is a copy of a speech that Nixon was surely delighted and relieved not to have to use: it was for the event of the moon landing failure, praising the sacrifices made by Armstrong and Aldrin (so presuming that Michael Collins would return safely, it seems) and announcing that their hero status would be assured for perpetuity. The speech is short, chilling and stirring. 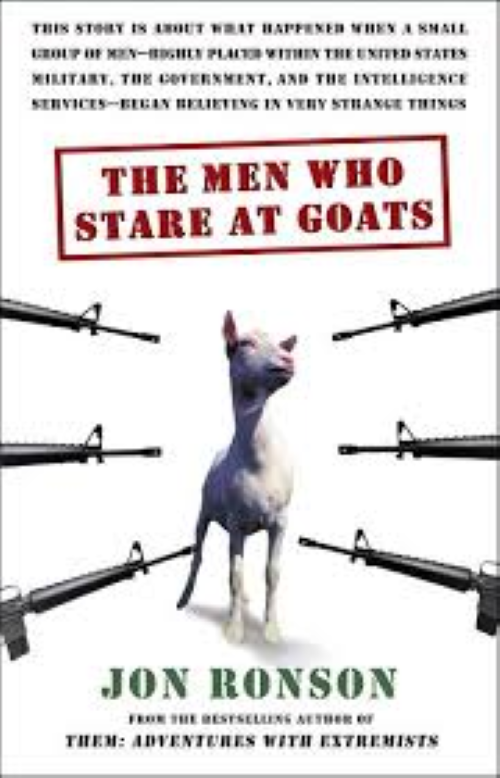 The USA invested a serious amount of time and money into so called psi powers in which telekinesis, psychic communication and ESP (extra-sensory perception) were trialled to see if there was any truth to them. The unit undertaking these studies was small, but gained a certain notoriety with the 2004 release of the book ‘Men Who Stare at Goats’, and the movie of the same name that followed a few years later. George Clooney starred in the movie.

6. The Truth Really IS Out There! 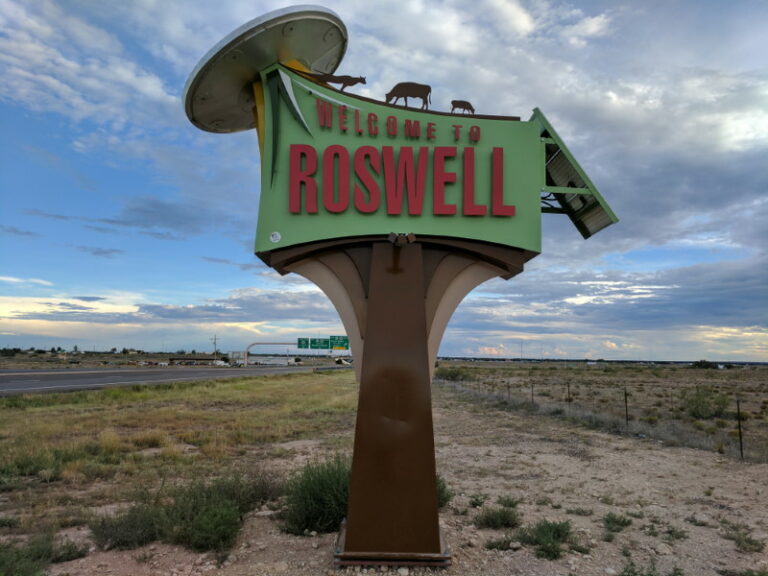 The fact the US government takes tales of UFOs and alien abductions seriously has more or less been proven by the discovery of what seems to be a cover letter, detailing an abduction tale and asking for the victim’s clothing to be minutely examined. The clothing and results of the requested examination are still, presumably, waiting to be revealed to the public. 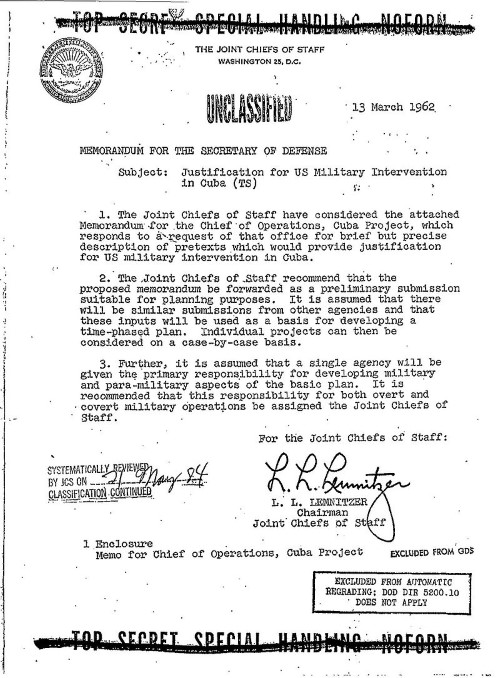 In a chilling instance that would only serve to fuel ‘false flag’ conspiracy theories, JFK’s government suggested to him that a series of supposed terror attacks be perpetrated all across the USA, killing hundreds, even thousands of American citizens, acts to be perpetrated by the government in order to blame Cuba, so that the US’s military might could be brought to play in the battle against Cuba. He refused, thank goodness, and was reportedly disgusted with the suggestion, saying to his biographer, ‘And we call ourselves the human race’.

The release of over 11.5 million documents and papers, revealing the financial (and otherwise) skulduggery of leaders, royals and celebrities all over the world should have triggered a massive scandal that would rumble on for years, upsetting governments, corporations and potentially even governments… Instead the world kind of shrugged and got on with life… 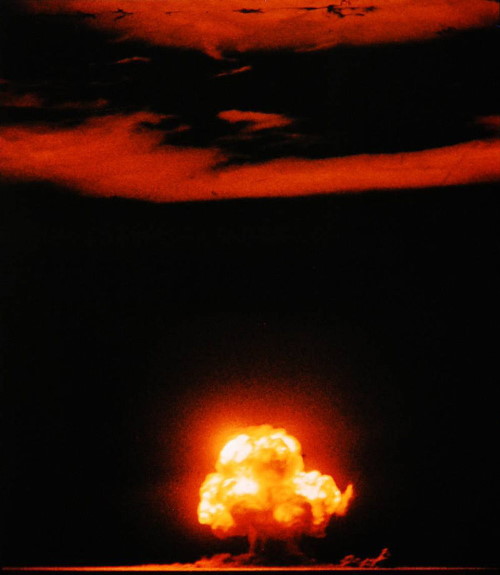 Everyone with an interest in science or war or nuclear history is aware that the Manhattan Project was the USA’s operation to get functional nuclear missiles into action as soon as possible. What is less well known is the legacy of toxic waste, much of which was poorly handled in the days before its full potency was well known. A small town called Hanford in Washington State is bearing the brunt of this legacy, with an epidemic of cancer, leukaemia and other conditions related to the improper care, storage and destruction of nuclear waste.

This recently revealed documentation shows a cynical ploy by the CIA to manipulate minds by infiltrating the media in order to plant either stories or reactions to stories. They did this by funding magazines and student organisations and making strong suggestions as to the required tone and political bent of the writers. An astonishing number of well known writers were swept into the influence of Operation Mockingbird, many of them unaware for many years of just how thoroughly their ideas and words had been manipulated and their minds changed by an agency whose motivations are at best unclear and at worst, speciously uncaring…

Not the usual run of Freedom of Information documents but as fascinating (if repulsive) as any. Serialkiller Dahmer was apparently unashamed of his actions and spoke freely to the detectives about his murders, his motivations and much more besides, offering a chilling glimpse into the mind of a man who killed, ate parts of his victims and was so unrepentant about his actions that he was able to laugh and joke about his crimes. It was this tendency that saw him get shanked in a prison bathroom, his killer was offended by Dahmer’s habit of shaping his mashed potato and other food into small human body parts…

Top 10 Conspiracy theories that turned out to be true