On its completion in 2010, The Burj Khalifa in Dubai was the first building for many years to top the list of the world’s tallest structures. The other contenders tend to be radio masts, held upright by means of guy wires; mostly, they transmit TV signals across the prairies of North America. These masts seem to be relatively fragile, as several of them have collapsed over the years. In consequence, some of the structures on the following list, which shows the world’s ten tallest man-made structures in reverse order, are in fact no longer in existence.

Completed in 1965, this TV and radio transmission mast in Sioux City, Iowa is equal in height to the next on the list, but unlike the KATV tower it is still standing, and nowadays broadcasts a digital television signal.

Another two thousand foot radio transmission mast, also completed in 1965, but this one, in Redfield, Arkansas, collapsed in 2008. The cause of the collapse, which occurred whilst old guy wires were being replaced, was never discovered. The tower was replaced by another at Shinall Mountain, which is shorter, but stands higher because of its elevated position.

This giant off-shore oil-drilling rig was built in 2000. It stands in the Gulf of Mexico about 130 miles from New Orleans. Only the topmost part (about 200 feet) of the platform is above water, which has led some people to question its right to inclusion in a list of tall structures. Although built to withstand the hurricanes which are frequent in this area, the platform suffered damage in 2004 when Hurricane Ivan passed directly overhead.

Built in 2000 ( a good year for tall structures), this is another big radio transmission mast, this time in Walnut Grove, California. In 2005, tragedy was narrowly averted when a base jumper, parachuting from the top, became entangled in the guy wires, but was able to call for help on his mobile phone.

Although this TV transmitting mast in Galesburg, North Dakota was built in 1967, it lasted only until the following year before collapsing, when some of the guy wires were severed by the rotors of a Marine helicopter. It was rebuilt, but collapsed again in April 1997, when a winter storm caused a thick accumulation of ice on its surface. Fortunately for TV viewers in North Dakota, it has now been restored once more.

Built in 1963, and with an impressive record of endurance since then, this guyed radio and television transmitting mast in Blanchard, North Dakota is currently the tallest mast in the world. It was the world’s tallest structure before the completion of the Warsaw Radio Mast, and then again after the Warsaw mast collapsed, until 2008.

Construction is not yet complete for this huge Chinese skyscraper, which was was topped out in August 2013. Its 121 stories will have a variety of uses, but will mostly be residential, hotel, and office space. It features a unique double glass skin, with insulation properties which should reduce the need for air conditioning.

This steel tower, completed in 2012, is used for radio and TV transmission. Its construction became necessary because Tokyo broadcasting signals were being blocked by tall buildings. It also has an observation platform and a restaurant. It is now the tallest tower in the world, and is built to withstand the earthquakes to which Japan is prone.

Signals from this giant radio mast in Poland,which was completed in 1974, could be received in virtually every part of the world. Sadly, it collapsed in 1991 whilst the guy wires were being replaced; the engineer responsible for the maintenance project was sentenced to 30 months in prison.

The world’s tallest building, and also its tallest man-made structure, is this iconic 2010 skyscraper in Dubai, United Arab Emirates. Visitors can take a high-speed lift to the glass-walled observation deck on level 124. The Burj Khalifa breaks many world records, including the number of floors (163), the highest nightclub, and the highest restaurant. However, occupation of the finished building was slow, with reports of most the office space still being empty two years after completion. 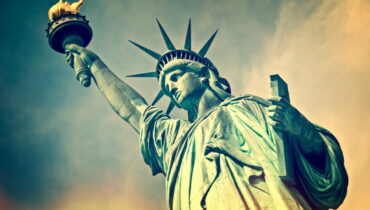