Statues are iconic monuments, tourist attractions and beautiful pieces of art, often commemorating important historical events or significant people. How many of the top 10 tallest statues in the USA can you name? 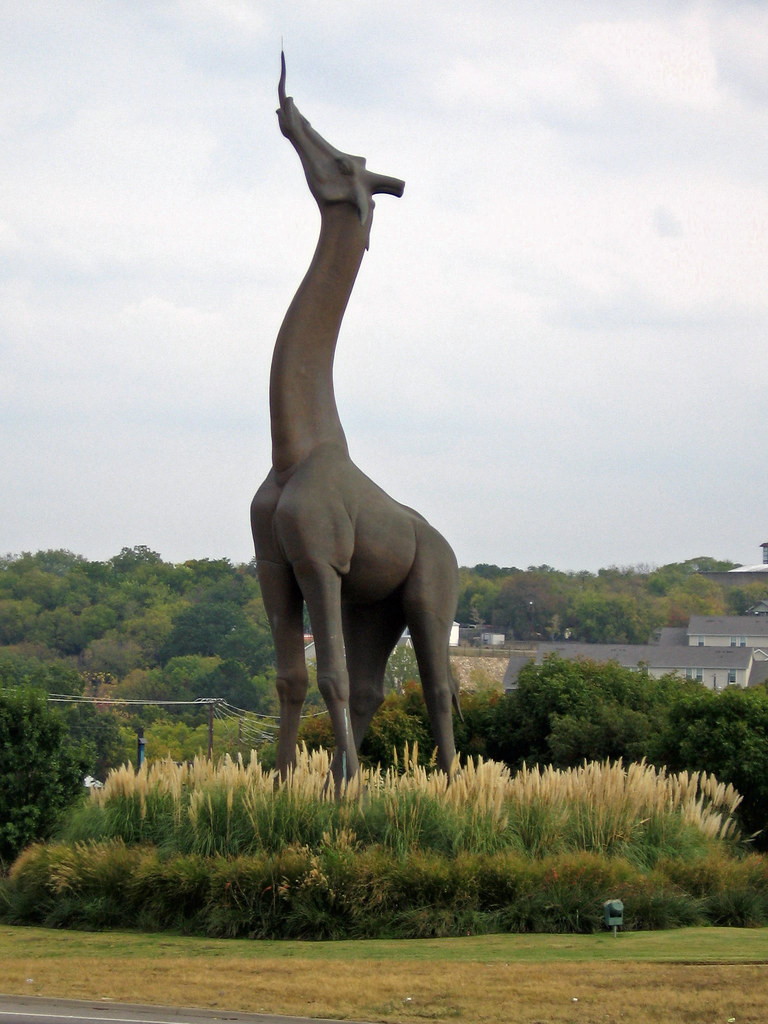 This impressive Giraffe statue at 67.6ft high is the highest statue in Texas. It was created by celebrated artist Bob Cassilly from bronze and plexiglass during Dallas Zoo’s remodeling in 1997. The famous giraffe overlooks the zoo parking and can be seen from the I-35. 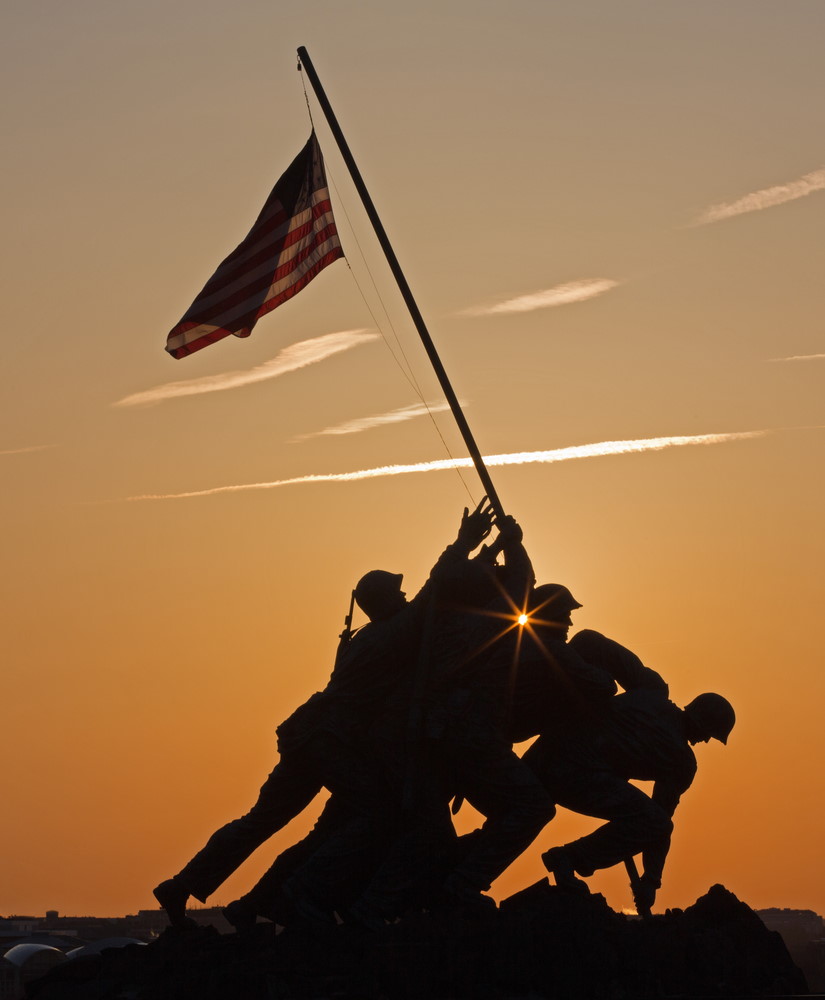 Also known as the Iwo Jima memorial, this is an impressive statue standing at 68 ft, which can be seen against a breath-taking backdrop of Washington, D.C. It represents the six Marines who raised the US flag on Mount Suribachi during the Battle of Iwo Jima and is dedicated to all those who served in the Marine Corp since 1775. 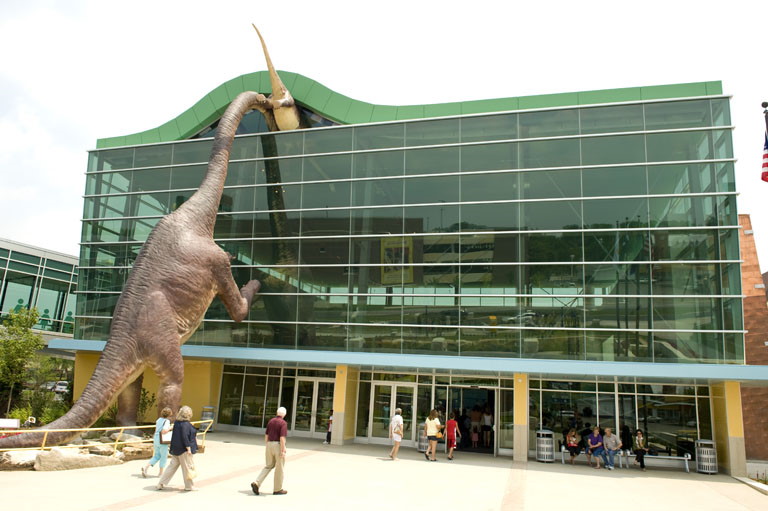 The Children’s Museum of Indianapolis has been home to the 70 ft plexiglass mother and baby Brachiosaurus statue since 2009. The life-sized dinosaur statue weighing 4 tons is an attraction in itself, depicted climbing the building. 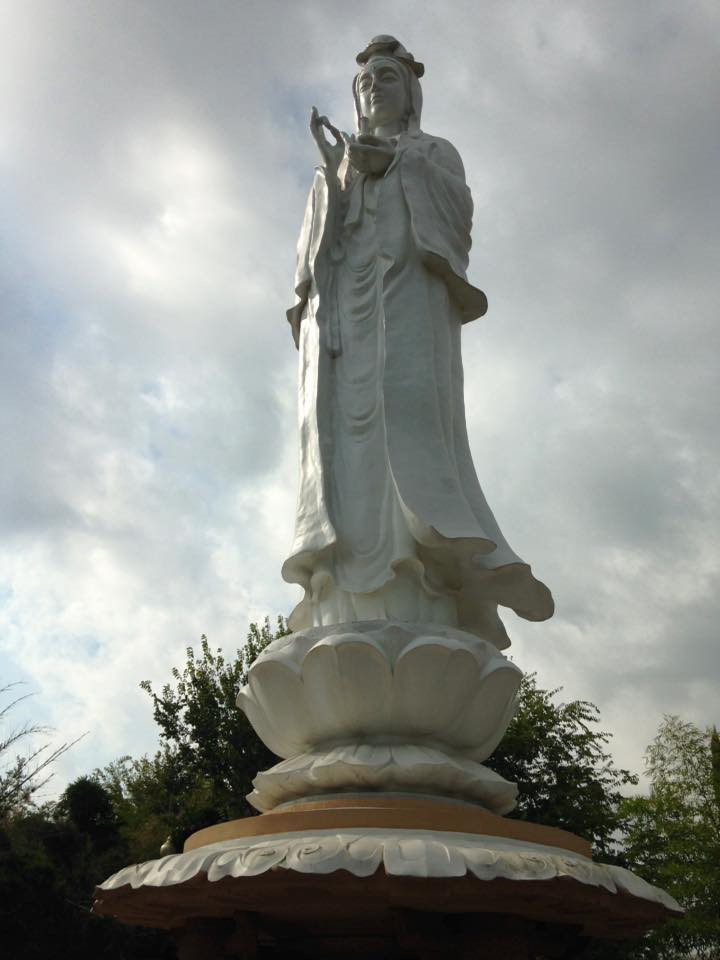 The cast concrete statue completed in 1998 by sculptor Mai Chi Kim from cast concrete depicts the bodhisattva Avalokitesvara standing on a lotus flower pedestal. It is thought to be the largest Buddhist statue in the western hemisphere. 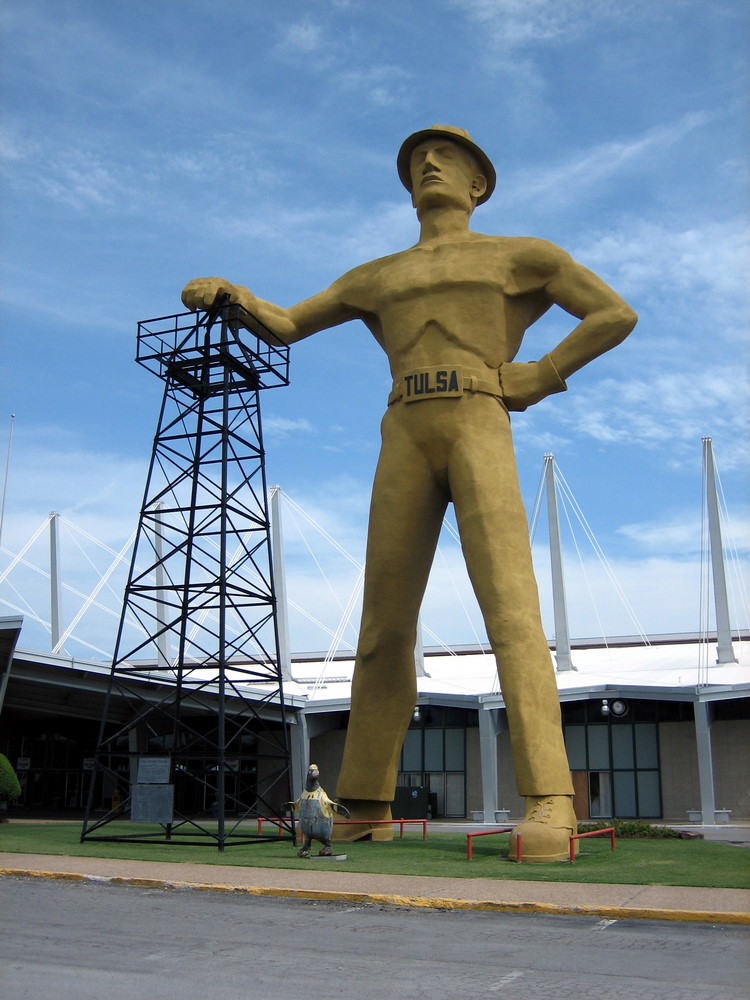 Golden Driller is a 75ft cast concrete and plaster statue of an oil worker, originally intended to be a temporary installation but permanently installed in 1966. It is the Oklahoma statue monument.

5. Metaphor: The Tree of Utah, Utah 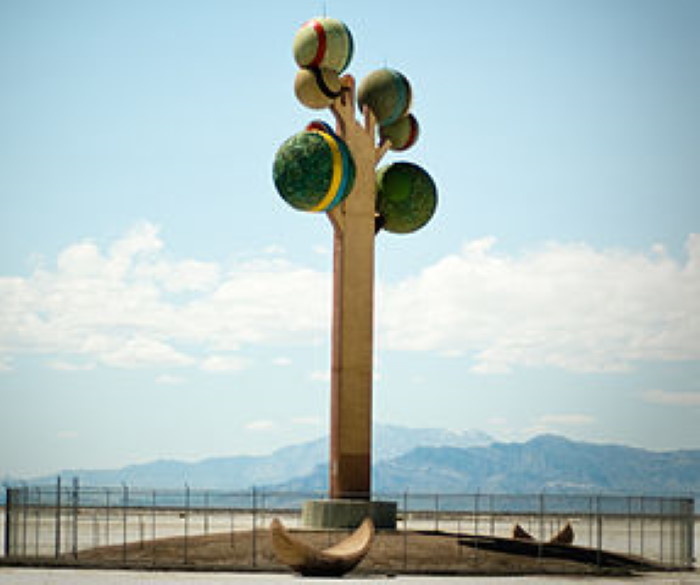 Swedish artist Karl Momen’s 87ft concrete structure was completed in the sparse Great Salk Lake Desert of Utah in 1986. The trunk of the tree supports six spheres coated with natural minerals from the surrounding area.

4. Our Lady of the Rockies, Montana 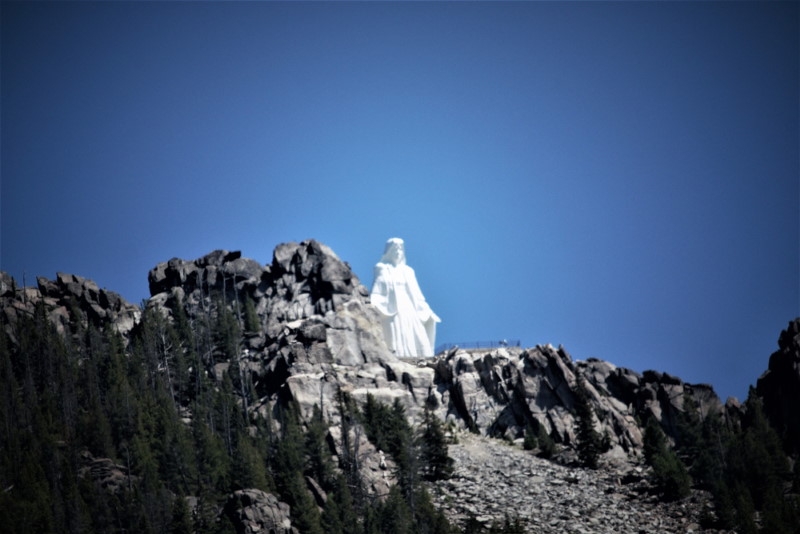 Standing at 90 ft, Our Lady of the Rockies was constructed by volunteers and dedicated to the Blessed Virgin Mary and to all mothers. A collaboration between artist Bob O’Bill and engineer Laurien Eugene Riehl, it is the fourth-tallest statue in the USA and is lit at night. 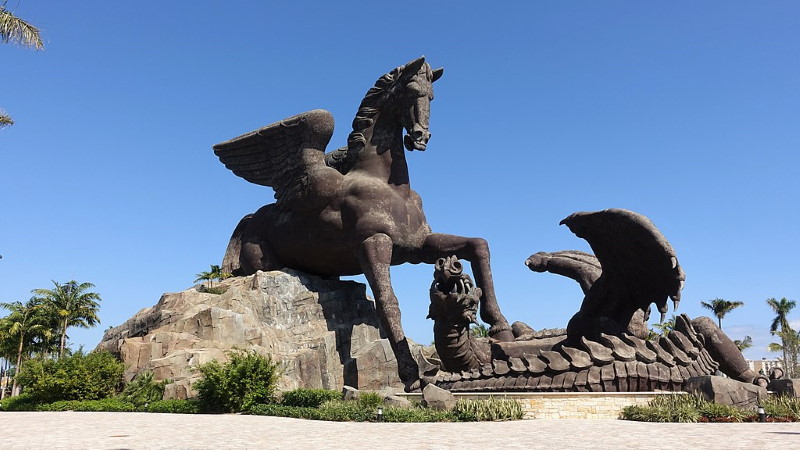 The bronze and steel ‘Pegasus and Dragon’ statue depicts Pegasus defeating a rival dragon in battle and is impressive at 110ft. 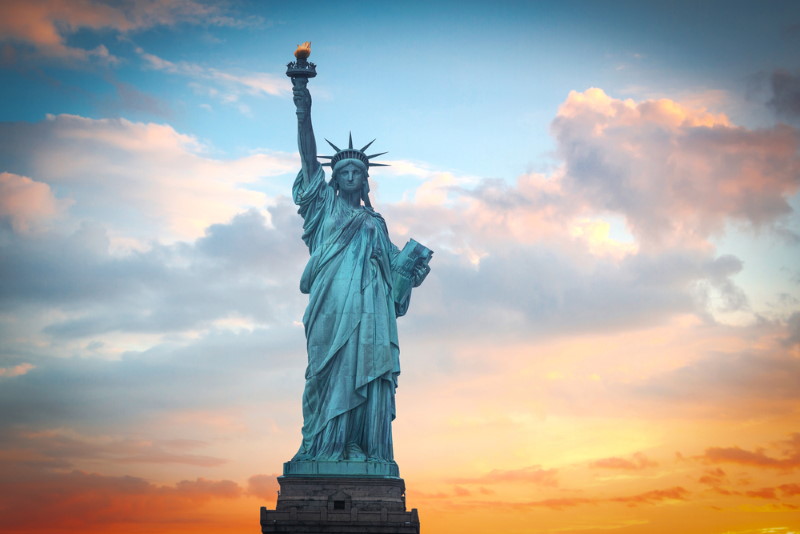 This beauty needs no introduction. It was a gift from France in 1886 and became a symbol of freedom and a welcoming sight for many immigrants to the USA. 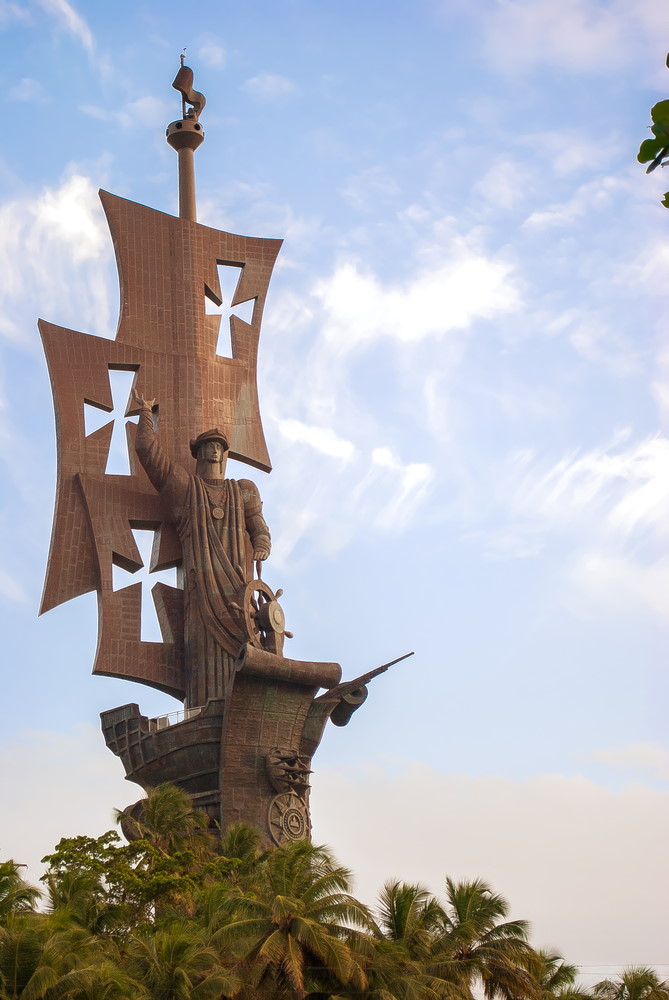 This bronze monument surpassed the Statue of Liberty as the tallest statue in the USA when it was completed in 2016. The work of Zurab Tsereteli at 360ft, it commemorates 500 years since the first voyage of Christopher Columbus. The statue canbe found in Puerto Rico which is an unincorporated territory of the United States.