Few, if any, cities in the world can boast a city skyline as famous as that of New York. It’s a cityscape that has enthralled locals, visitors and newcomers for over a century with its awe-inspiring grandeur. Here are the current ten tallest buildings in this iconic city of skyscrapers.

Located in Midtown Manhattan, this residential building of luxury apartments reaches a height of 953 feet. Opened in 2018, it includes 69 floors and is considered by many to be one of the more elegant of New York’s skyscrapers. 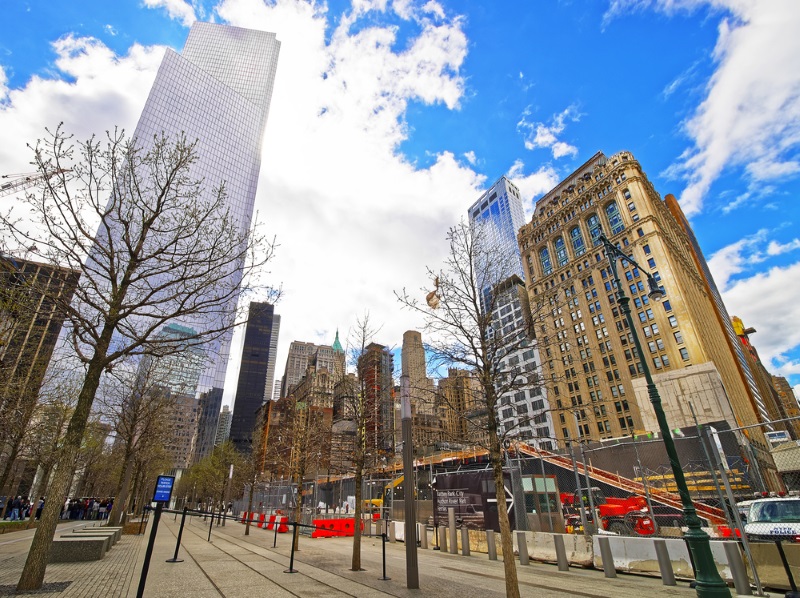 Located at 150 Greenwich Street and occupying the southeast corner of the World Trade Center Complex, this 978-foot building was constructed between 2009 and 2013 at a cost of 1.67 billion dollars. It comprises 74 floors plus four basement floors. 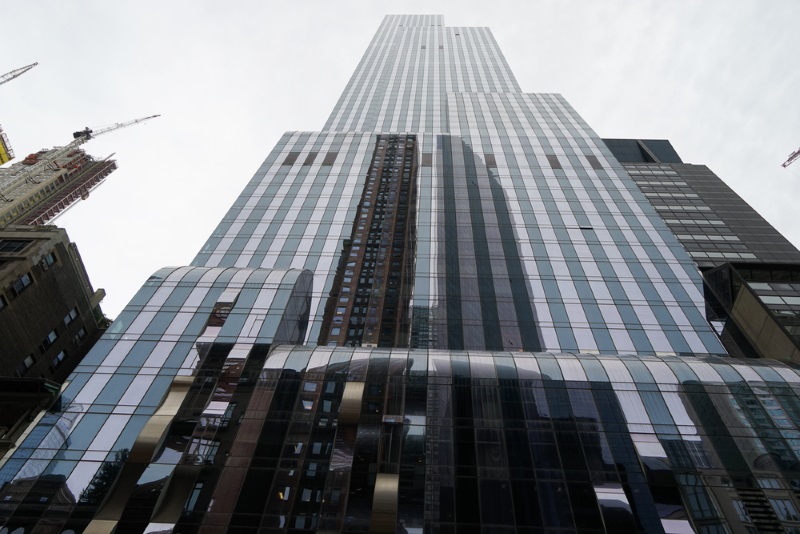 Built between 2009 and 2014, One57 is a combination of hotel and condominiums. Built at a cost of 1.5 billion dollars, it stands 1,005 feet tall and includes 73 floors above ground plus two basement floors. 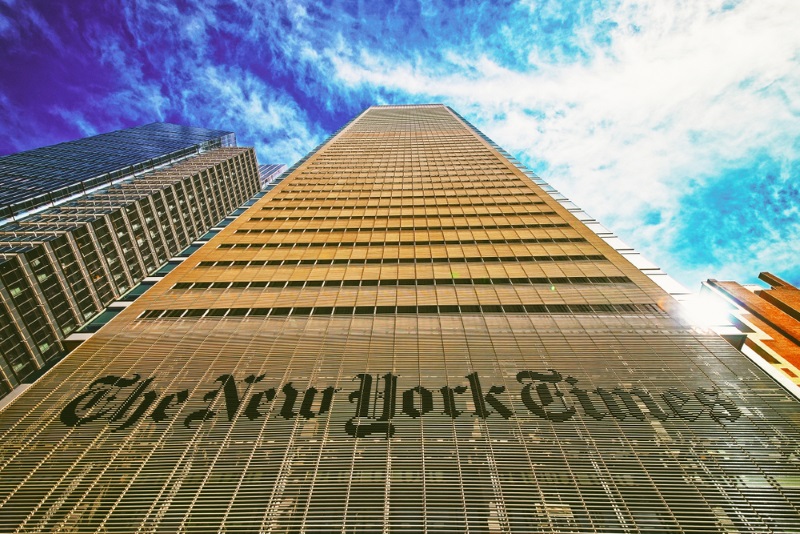 The New York Times Building stands 1,046 feet tall and includes 52 floors. Located at 620 8th Avenue, the construction of this building took place between 2003 and 2007 and cost 850 million dollars. 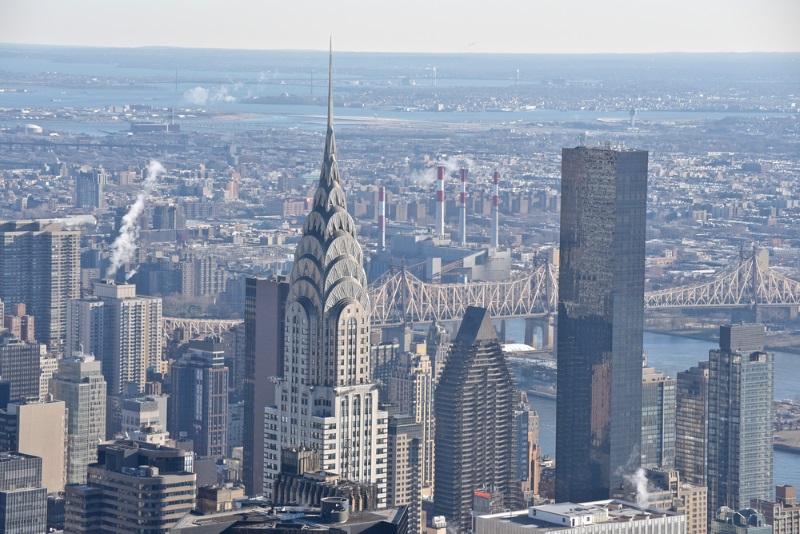 Completed in 1930, the 77-storey, 1,050 foot tall Chrysler building was the first skyscraper to exceed a height of 1,000 feet. It became the world’s tallest building on completion until overtaken by the Empire State Building just a year later. It’s located on Manhattan’s East Side at 405 Lexington Avenue. 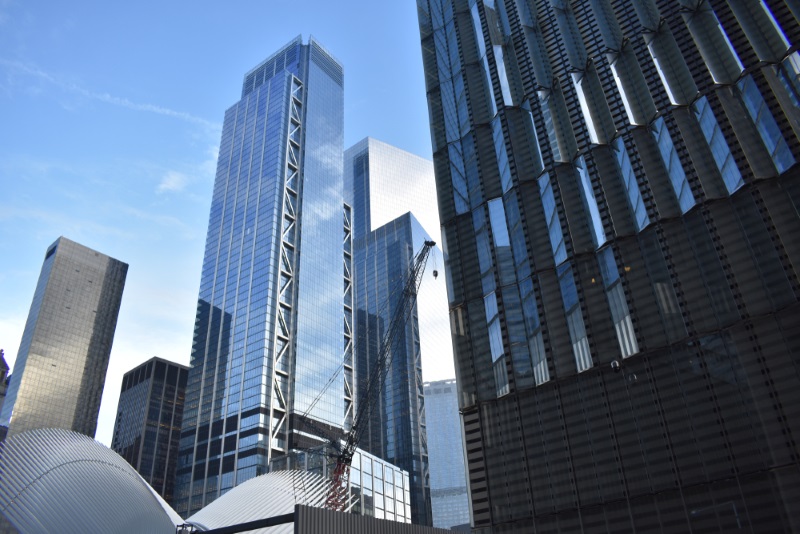 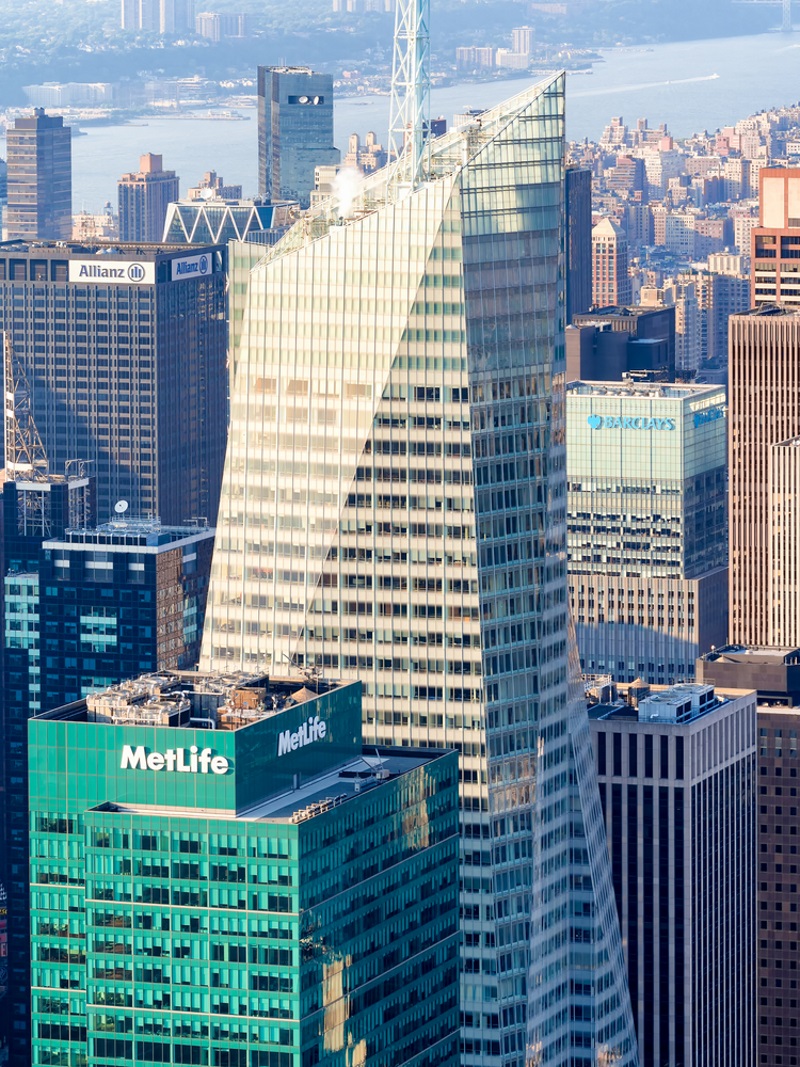 This skyscraper stands 1,200 feet tall and is located on Manhattan’s Midtown area at Avenue of the Americas. Completed in 2009, it’s the 6th tallest building in the United States. 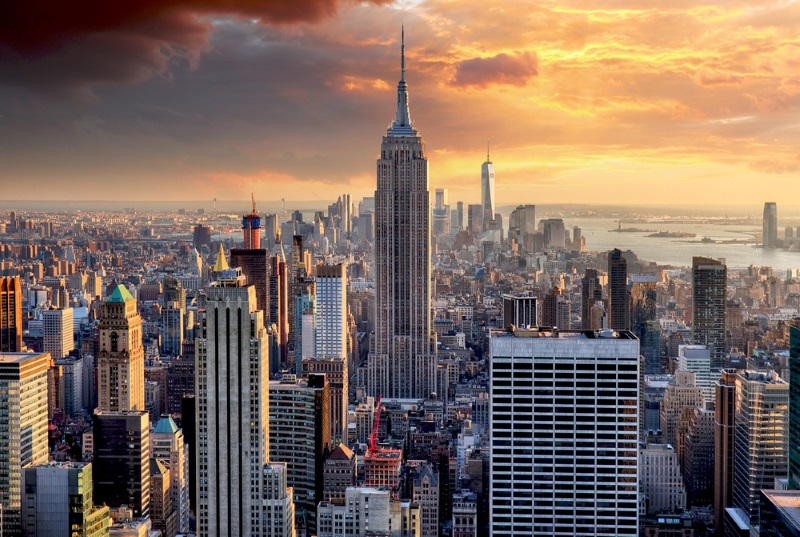 One of the world’s most famous buildings, the 102-storey Empire State Building stands, 1,250 feet tall and was the first building to include more than one hundred floors. On completion in 1931, it overtook the Chrysler building to become the world’s tallest, a position it held until completion of the ill-fated twin towers of the World Trade Centre 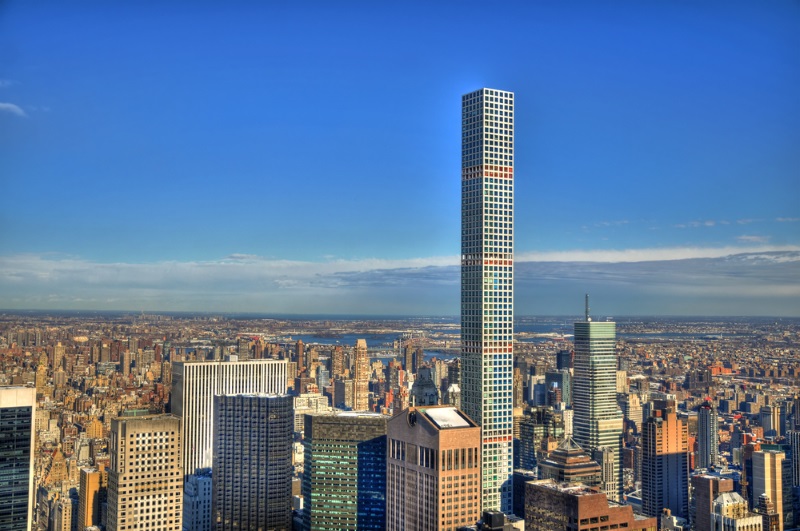 Standing 1,396 feet tall, this skyscraper with 96 floors is the world’s tallest residential building and the 3rd tallest building in the United States. Overlooking Central Park, it was completed in 2015. 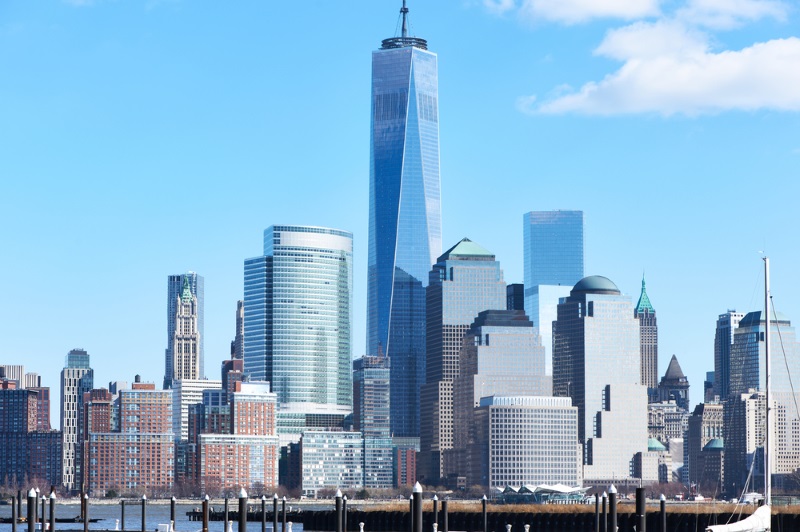 At 1,776 feet in height including its spire, the 104-floor One World Trade Centre is the tallest building not only in New York but also in the United States. It cost 3.9 billion dollars and opened in November 2014.