His characters had heart and audiences couldn’t help but fall in love with them. It was this heart that made Stallone the star he is today. Stallone has made dozens of films over the years, some good, some bad. This top 10 will list Stallone’s top 10 movies. 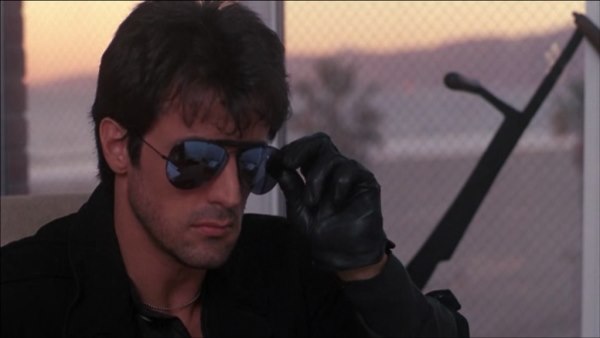 Cobra is the quintessential 80’s action movie. Its plot is non-existent, its characters thin, and its script bland, but it is chock full of top notch action sequences that thrill and excite. Cobra saw Stallone playing Lieutenant Marion ‘Cobra’ Cobretti, a hard edged cop trying to protect a witness from a cult of murderers called ‘The Order’. The film followed Cobra as he fell in love with the witness, played by Brigitte Nielsen, and tracked down and killed various members of The Order.

Cobra was released to dismal reviews from critics who scored it 13% on Rotten Tomatoes. The film was a huge hit with cinemagoers however, and it debuted at the #1 spot on the Worldwide Box Office chart. It is currently scored 5.5/10 on imdb.com.

Tango & Cash saw Stallone teaming up Kurt Russell to deliver one of the best buddy cop movies ever made. Stallone took on the role of Lieutenant Raymond Tango while Russell played Lieutenant Gabriel Cash. The film followed the two cops as they tried to clear their names after being framed for murder by the evil crime lord Yves Perret.

Tango & Cash had it all. Great action sequences, a witty, humourous script, and great chemistry between leads Stallone and Russell. Critics gave the film moderately decent reviews, scoring it 34% on Rotten Tomatoes, while audiences scored it an above average 6.2/10 on imdb.com. 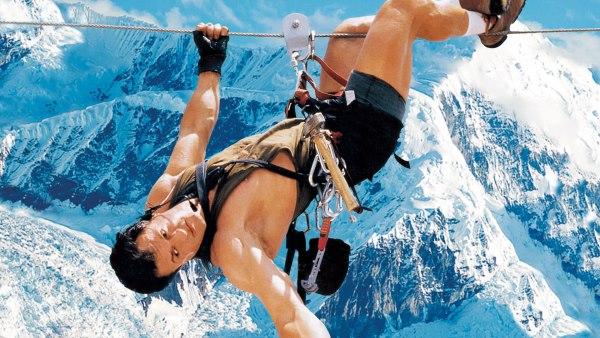 Acrophobia, fear of heights, is one of the most common human phobias. According to recent studies, roughly 40% of the population suffer from the condition. Cliffhanger was an acrophobic’s worst nightmare. The film starred Stallone as Gabe Walker, a mountain climber and rescue ranger caught in the middle of a botched robbery. The film followed Walker as he traversed the Rocky Mountains evading the clutches of a group of criminals. Director Renny Harlin and cinematographer Alex Thomson did a fantastic job on Cliffhanger. They captured the beauty of the Rocky Mountains perfectly and delivered some of the most beautiful mountain shots ever put to film.

Cliffhanger was a hit with critics who gave it an above average score of 69% on Rotten Tomatoes. The film was a hit with audiences too, who scored it a respectable 6.3/10 on imdb.com.

1997’s Cop Land was a departure for Stallone. After playing action heroes for years, the film saw him showing his range and talent playing a more vulnerable character filled with fear and regret. Cop Land had a fantastic cast. Stallone played Freddy Heflin, a sheriff of a small town on the outskirts of New York. The film followed Heflin as he teamed up with Internal Affairs officer Mo Tilden, played by Robert De Niro, to clean up his town of mobsters and corrupt cops. Director James Mangold did a fantastic job on Cop Land. He brought out an inspired performance from Stallone while delivering great visuals for the film.

1975’s ‘Death Race 2000’ is a cult classic. Directed by Paul Bartel with a script by Robert Thom and Charles Griffith, the film has grown in popularity over the years, eventually becoming one of the most popular action films of the 70s. Death Race 2000 starred David Carradine as Frankenstein, a race car driver with a number of Annual Transcontinental Road Race championships under his belt. Stallone played “Machine Gun” Joe Viterbo, a gangster and Frankenstein’s main rival. The film followed Frankenstein and Machine Gun Joe as they tried to survive the 2,000 Annual Transcontinental Road Race.

Death Race 2000 was reviewed well on Rotten Tomatoes where it was given an overall score of 85%. While some critics gave it low scores (famed critic Roger Ebert scored it 0/4), many gave it top marks. Audiences gave the film above average scores too, scoring it 6.2/10 on imdb overall. 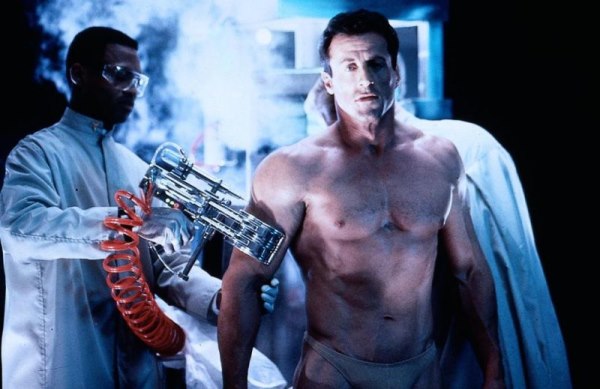 Demolition Man is one of Stallone’s most iconic films. Directed by Italian director Marco Brambilla, the film is generally recognised as one of the best (and strangest) action movies of the 90s. Demolition Man saw Stallone playing LAPD Sergeant John Spartan, a supercop with hundreds of arrests to his name. The film followed Spartan as he was frozen in time and awoken 36 years into the future to once again do battle with his greatest foe, career criminal Simon Phoenix (played by Wesley Snipes). Demolition Man was an entertaining film. It perfectly blended action and comedy resulting in an infinitely rewatchable film.

Demolition Man was given an above average rating by critics who rated it 64% on Rotten Tomatoes. While critics were mixed in their opinion of the film, audiences everywhere loved it and took it to the #1 spot on the worldwide box office. Demolition Man currently enjoys a 6.6/10 rating on imdb.com. 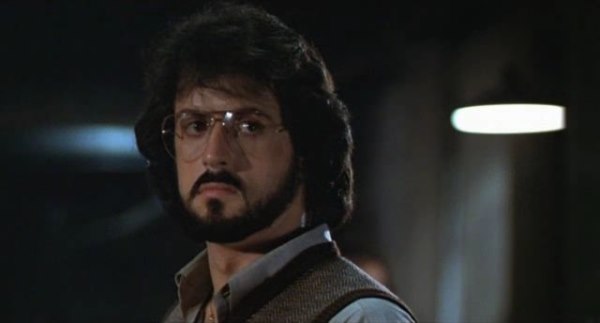 Directed by Bruce Malmuth, Nighthawks went through a troubled production cycle filled with rewrites and reshoots. Thankfully, the finished product was a fantastic film that delivered great action and drama. Nighthawks starred Stallone as NYPD Detective Sergeant Deke DaSilva and Billy Dee Williams as his partner Detective Sergeant Matthew Fox. The film followed DaSilva and Fox as they went undercover to hunt an evil terrorist known only as Wulfgar.

Expectations were low for Nighthawks. The film had been featured regularly in the press because of its production problems and few believed the film would be good. Amazingly, Nighthawks was released to great reviews from critics and audiences. The film scored a respectable 74% on Rotten Tomatoes and it debuted at the #1 spot on the US Box Office. Nighthawks is currently rated 6.4/10 on imdb.com. 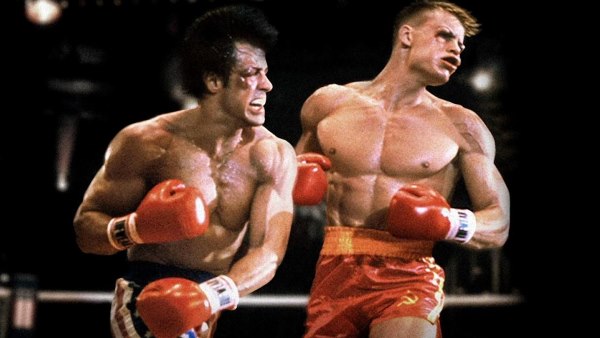 The character Rocky is one of the greatest characters in cinema. The creation of Stallone himself, Rocky has starred in 6 films, some better than others. Rocky IV is the fourth film in the Rocky franchise. Set a few years after the events of Rocky III, the film followed Rocky as he travelled to Russia to prepare for a bout with a fearsome boxer by the name of Ivan Drago (played by Dolph Lundgren). Rocky IV is generally believed the second best film in the Rocky franchise after the first Rocky film (featured later in this list). Stallone delivered a spirited performance for the film and did a great job writing and directing it.

Rocky IV was given mixed reviews by critics who scored it 44% on Rotten Tomatoes. The film was a huge hit with audiences however, who took it to the top spot of the Worldwide Box Office. Rocky IV is currently rated an above average 6.6/10 on imdb.com 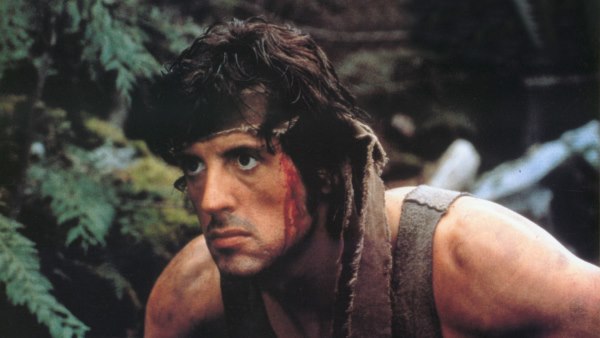 John Rambo is Stallone’s second most famous character. First seen in 1982’s ‘First Blood’, Rambo has, over time, become a cultural icon and one of the most iconic action film characters of all time. 1982’s First Blood is arguably the best of the four Rambo movies. Based on the 1972 novel of the same name, First Blood saw Stallone taking on the role of Rambo, a Vietnam war vet living in midwestern America. The film followed Rambo as he took on Will Teasle, a small town sheriff with a deadly blood lust.

First Blood was one of best action movies of the 80s. It had a sharp script, excellent direction, and great performances from its cast. First Blood received great reviews from critics and audiences everywhere. The film was given an impressive 87% Fresh rating on Rotten Tomatoes as well as an impressively high score of 7.6/10 on the imdb.com website. 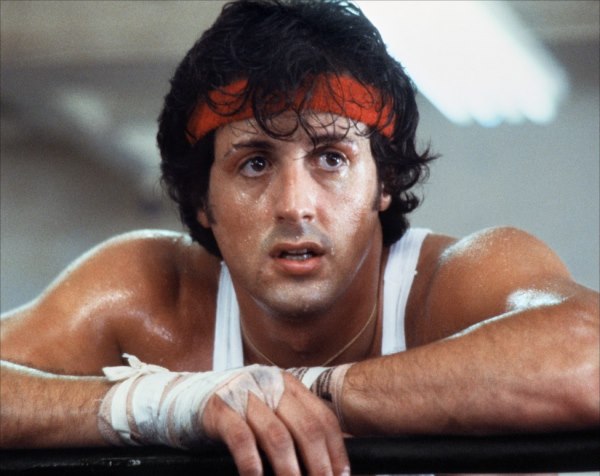 As the story goes, Stallone lost nearly everything trying to get Rocky made. After writing the film’s screenplay, he shopped it around to various movie studios trying to get the film made. While a number of them saw promise in the script, they all refused to let Stallone star in the film. Eventually, United Artists agreed to let Stallone play Rocky, but only if the film was made on a shoestring budget. Stallone agreed to the terms and quickly set to work making the film. Nobody guessed the resulting film would go on to win 3 Oscars, including Best Picture and Best Director. Rocky starred Stallone as Rocky Balboa, a down on his luck boxer trying to make his way in Philadelphia. The film followed Rocky as he trained and prepared to take on heavyweight boxing champion Apollo Creed in a once-in-a-lifetime title shot.

Rocky was a brilliantly written film. Stallone’s screenplay was fantastic and he did an incredible job playing the title role. Director John Avildsen did a great job on the film too, perfectly bringing Stallone’s excellent script to life. Rocky received rave reviews on release. The film was given an overall 92% Fresh rating on Rotten Tomatoes and a high 8.1/10 score on imdb.com.

Today, Rocky is considered the best movie in Stallone’s filmography and one of the best sports movies ever made.