Superheroes are always saving the day, but sometimes working alone just can’t get the job done. This means that many are forced to turn to their allies – sometimes their enemies too – to combat the greater evil.

All about girl power, DC Comics Birds of Prey is the only team to consist solely of females. First appearing in 1995, the team was originally made up of Black Canary and Barbara Gordon (formerly known as Batgirl, who adopted the codename Oracle after she became paralysed). The team then expanded to include other superheroines such as Huntress, Hawkgirl, Poison Ivy and even occasionally Catwoman. The team became so popular they got their own short lived TV series in 2002 which saw Huntress (the secret child of Batman and Catwoman), Oracle, and Dinah battling The Joker and New Gotham’s other criminals.

The Green Lantern Corps has been in existence for three billion years and survived multiple conflicts, both internal and foreign. Originally created by the Guardians, the Green Lantern Corp was to consist of living beings with free will and strong moral character. Chosen to be amongst their ranks is considered the highest of honours. One member is selected to defend each “sector” of the universe – so there are more than 3600 Green Lanterns keeping the peace. Each Lantern is given a ring of power; a weapon which projects green beams of energy in any size or shape and limited only by the imagination and willpower of the bearer. First appearing in the 1959 DC comic, the Corps have been protecting us ever since.

The Incredibles are a family team of superheroes brought to us by Pixar. The 2004 animation hit movie focuses around Elastigirl and Mr Incredible; two superheroes who get married and leave their villain fighting alter egos behind to start a family. With kids of their own (who inherit super powers themselves), the Parr family tries to live a normal life until a supervillain starts wiping out superheroes. This forces the family out of retirement and into the spotlight once again. Mr Incredible with his super strength, Elastigirl with her stretchy limbs, Violet with her force fields, Dash with his super speed and family friend Fro-Zone with his thermal manipulation which allows him to freeze things. The movie sparked off a run of comic books based on their adventures and a sequel is set for a 2016 release date.

This ever changing allotment of characters can be a controversial entrant for this list. Though the squad is actually made up of supervillains, they have all been incarcerated and work for the U.S government as they undertake high-risk black ops missions in exchange for commuted prison sentences. The group operates out of Belle Reve Penitentiary under the directorship of Dr. Amanda Waller. The Suicide Squad’s existence helps to explain why many convicted villains in the DC Universe roam free without having heroes tracking them down – until they inevitably attempt or commit another crime. Though the list is ever changing depending on who is popular at the time, many of DC’s villains have been on the members board including Deadshot, Black Manta, Deathstroke, Harley Quinn, Joker’s Daughter, Captain Boomerang, The Reverse Flash and Cheetah.

6. Guardians of the Galaxy

One of the lesser known Marvel teams, the Guardians of the Galaxy often solve problems before they can happen. This space crusading odd assortment of characters are actually the second to operate under the name but they are the more popular of the two. The new team formed in 2008 and the ranks were recruited by Star-Lord and consists of Rocket Racoon, Gamora, Drax the Destroyer, Groot, Adam Warlock and Quasar. Surprisingly, the cinematic adventures of the non-mainstream heroes became the second biggest movie of 2014 in the States and grossed over 700 million worldwide. Star-Lord and his crew have been confirmed for a return to the big screen in 2017.

As the group’s name suggests, the Teen Titans is made up of teenage superheroes. A younger, hipper form of the Justice League, the Teen Titans made their debut in 1964. Dick Grayson, better known in the series as Robin, became their leader helping them fight lesser known, smaller villains. The original three members were Robin, Aqualad and Kid Flash, all sidekicks to Batman, Aquaman and the Flash respectively. As adolescents, the team was targeted towards a younger audience and, with the creation of an animation show on the Cartoon Network of the same name, it saw its popularity rise. With another ever changing member roster, the more popular members of the group include Robin, Raven, Cyborg, Beast Boy and Starfire.

The first ever Marvel comic superhero team, Fantastic Four is still one of the most popular. Debuting in 1961 in Fantastic Four #1, the series formed a cornerstone of the company’s 1960s rise from a small division of a publisher to a pop culture conglomerate. Gaining superpowers after exposure to cosmic rays during a scientific mission to outer space, the four individuals traditionally associated with the Fantastic Four are: Mister Fantastic, who can stretch his body into incredible lengths and shapes; the Invisible Woman, who can render herself invisible and later project powerful force fields; the Human Torch, who can generate flames, surround himself with them and fly; and the monstrous Thing, who possesses superhuman strength and endurance due to the nature of his stone-like flesh. This team often finds themselves fighting internally as much as they fight bad guys, with family relationships being put to the test.

First appearing in ‘The Brave and the Bold’ issue #28, this team united the seven founders Batman, Superman, Wonder Woman, Green Lantern, Aquaman, The Flash and Martian Manhunter to fight for one cause. Throughout the years the roster has varied and featured DCs most popular heroes. Most recently, the launch of the New 52 saw Martian Manhunter being exchanged for Cyborg as many felt the man from Mars was too similar to the Man of Steel. In need of a secure headquarters, billionaire Bruce Wayne funded a satellite which orbits the Earth and is usually run by android superhero the Red Tornado. A film has been in the works since as early as 2007, but lumbered in development hell which saw more than 40 actors being auditioned for the varying roles. Following the success of the reboot of the Superman franchise, Zack Snyder quickly signed on as director and the film is finally due for release in 2017

Marvel’s equivalent to the Justice League, the Avengers were launched just 3 years later and originally consisted of Iron Man, Thor, Ant-Man, the Wasp and the Hulk. Dubbed ‘Earth’s Mightiest Heroes’, a rotating rota quickly became the standard and the team has had everyone from humans and mutants to cyborgs, aliens and even former villains. One theme remains consistent; the team fight “the foes that no one superhero can withstand”. In the alternate Ultimate Universe, the team is renamed the Ultimates and were formed by Nick Fury to protect America against superhuman threats. It is also here that Fury was modelled after Samuel L. Jackson, which ultimately led to his casting in the immensely popular film series. Grossing over $1.5 billion worldwide, the film was a smash hit and is currently the 3rd highest grossing film in history. A sequel is on the way and is expected to be just as, if not more, popular.

The monthly X-Men comic book debuted in 1963 alongside the team itself. Due to the X-Men’s immense popularity, Marvel has launched dozens of spin-off series throughout the years. The one thing that all the comics have in common is the presence of mutants. These mutants are human beings born with extraordinary powers due to a quantum leap in genetic evolution. With over hundreds of comics written, it’s hard to just focus on one story or team, but perhaps the most famous X-Men team is the one from the 2000 live action movie of the same name. In the movie franchise, Charles Xavier, or Professor X, houses a school where he can provide a safe haven for mutants from the fearful judgement of others. Meanwhile, Magneto wants nothing more than to start a war and eradicate the lesser human beings. Professor X must stop Magneto and keep the peace. To do this he enlists the help of Cyclops, Jean Grey, Storm, Wolverine, Beast, Kitty, Rogue and Iceman who take on the banner of the X-Men. A massive box office hit and the one responsible for the new generation of comic book movies, the franchise has seen 7 films being released with another 4 announced for the future. 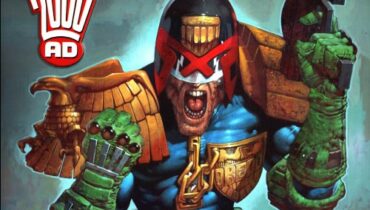 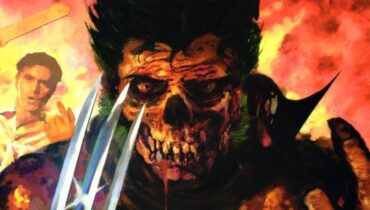 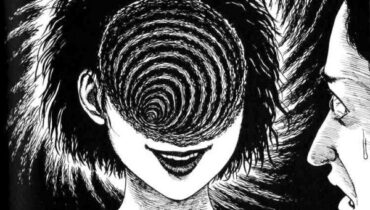 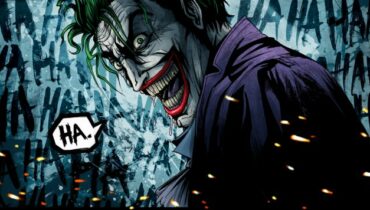