The winter Olympics has just begun, and athletes and sports people from across the world will be battling it out and breaking records in the hope of winning a prestigious bronze, silver or gold award for their country. We all love to keep an eye on the leader board and see who’s ranking where, but which countries have performed best throughout history? Here is a countdown of the top 10.

Though somewhat tarnished by accusations and charges of doping, East Germany has performed well in the Winter Olympics, totalling 110 medals between 1968 and 1988.

It’s no surprise that, given its own climate and facilities, Switzerland has always thrived at the Winter Olympics. Over a third of their medals were won in the Alpine skiing category, with Swiss athletes also consistently doing well in Bobsleigh and Snowboarding.

If there’s one thing Canadians love, it’s winter sports, and with their notoriously snowy winter season it isn’t difficult to see why. They certainly don’t have to go out of their way to practice their favourite sports during the winter months, and their performance in competitive events is consistently strong, especially in ice hockey, speed skating, short track speed skating and figure skating.

Finald is prolific in the Winter Games and has been sending its athletes out to compete since 1924. Its team has grown significantly, and from the 17 athletes its initially entered at its first Winter Olympics in Chamonix, it now has built a resilient team of almost 100. Finland is especially prolific in nordic skiing events, with most its medals coming from cross-country skiing, skating and ski jumping.

A big and notorious name in the Olympics world, Germany has been competing since 1896 and has, until now, played host to three ceremonies itself, two being the Summer games and one being the 1936 Winter games. It was also invited to host several more ceremonies, however these were cancelled because of World Wars. It thrives in the Biathlon, Speed skating, Luge and Bobsleigh categories.

Despite only beginning to participate in the Olympics in 1952, which is relatively late compared to many of the other countries it is competing against, the Soviet Union still manages to come fourth in the overall rankings, a commendable achievement indeed. Cross-country skiing, speed skating, figure skating, the biathlon and ice hockey are amongst its strengths, with a massive 68 medals coming from cross-country skiing alone. As the USSR ceased to exist after December 1991, 1988 saw the Soviet Union compete at its last ever Winter Olympics in Calgary.

Austria is renowned for its simply outstanding Olympic team, and a quick glance at their achievements over the years tell you precisely why they are so highly regarded. Over half of these medals were awarded in the Alpine skiing category, with figure skating, ski jumping and luge being amongst the other Austrian specialities.

It will come as no surprise that the United States, one of the greatest, most competitive and highest achieving nations in the world ranks second in the Winter Olympic games all time leaderboard. Team USA has been prominent throughout each and every one of the Olympic games, and it achieves equally good results in both the Summer and Winter ceremonies. To date, it is the only country that has won at least one gold medal at every Winter Olympics, four of which it hosted itself. Speed skating, figure skating, snowboarding and alpine skiing are just some of its strengths.

Beating the United States for first place, Norway remain the world’s highest achievers in the Winter Olympics, and their astonishingly talented team have racked up a total of 303 medals (and counting) since 1924. Cross-country skiing, speed skating and Nordic combined events are its top three most notable categories, however its team performs extremely well across the board. 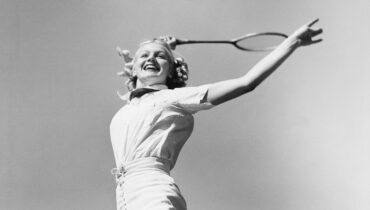 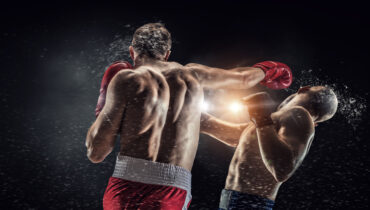