With more and more Marvel movies hitting cinema screens each year, all the new characters seem to be bigger, badder and stronger than the previous. When the comic universe is concerned, the strength of some characters is forever fluctuating, depending on what is at stake and who they are up against. Nevertheless, here are the characters who have always been some of Marvel’s biggest punchers. 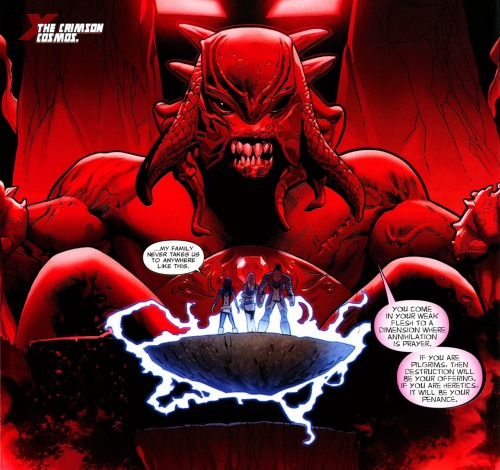 Cyttorak existed as a deity (or demon) who received worship on Earth until, under unknown circumstances, he was banished from the Earth. He took up residence in a dimension known as the Crimson Cosmos, where time did not pass. Here he continued to lend his magical strength to his followers. Approximately 1000 years ago, a gathering of eight great magical beings took place – one of which was Cyttorak. These beings disagreed as to who had the greatest power. Each being created an artifact with a fraction of their respective power, which would transform the first human who made physical contact with it into an Exemplar, a living personification of the power. Cyttorak created a red gem and hid it in Korea, which was later discovered by Cain Marko. The Gem’s mystical power transformed Marko into Cyttorak’s avatar on Earth, the Juggernaut, who become one of the X-Men’s formidable enemies. 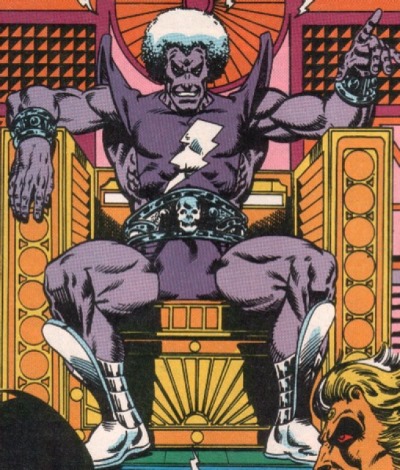 The leader of the planet Technarch and its inhabitants – a race of cybernetic, shape-shifting aliens – each of Magus’ children must face him in battle to the death for his position. One of his sons, Warlock, fled his fate to Earth and joined the New Mutants. Magus followed him and faced off with the X-Men. After being defeated he went into hiding only to return to attack New York, this time fighting against the Avengers, who drove him back again. Like each of the sentient ‘techno-organic’ beings, Magus is made of an organic structure resembling metal. His body is black and yellow, tending to be hundreds of metres high. Like all of his kind, he can shapeshift, has super strength, starflight and the ability to interfere with any technological artifact. He can transform any organic life form into a techno-organic being like himself. 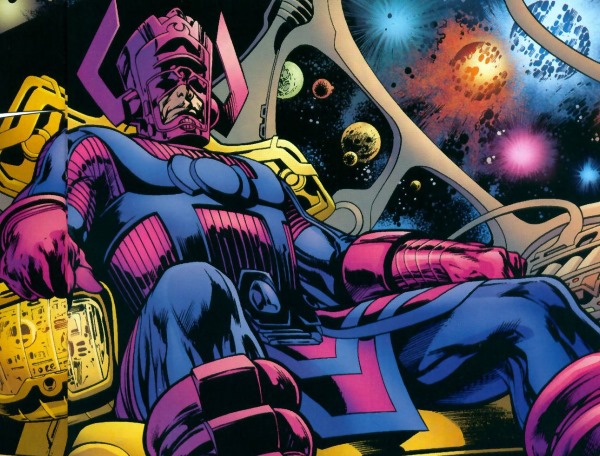 Galactus is the only survivor of the universe that came before our own. This celestial being is more of a demigod whose only purpose is ‘cosmic consonance’ – in other words, making sure the universe stays in balance. He does so by devouring and consuming all life on planets. While this makes him the only non-malicious being on our list, try explaining that to the inhabitants of the said planet. Hence, a dilemma arises when his attention is turned to Earth. Having been listed on Galactus’ menu more than once, the fate of our planet has only been saved by the quick, out-of-the-box thinking and sheer desperate actions of a few heroes. First appearing in Fantastic Four #48, this giant has continued to wreak havoc on such heroes as The Avengers and The Fantastic Four. He has seemingly being destroyed in Galactus the Devourer #1-6, although there’s no doubt he’ll return in the future with a bigger appetite than ever. 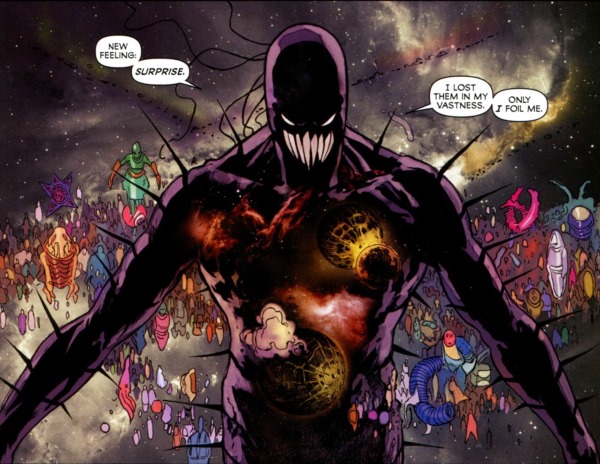 Also known as the Chaos King, Mikaboshi is the Shinto (Japanese) God of Evil who made a debut in 2012’s Thor: Blood Oath #6. He represents the void that existed before the creation of the universe, and he works to return it to that state of nothingness. Mikaboshi possessed the conventional abilities of one of the Kam, the order of immortal Japanese deities. Such abilities include superhuman strength, speed, durability, agility, endurance and recuperative abilities as well as high ability to wield some form of potent Japanese dark magic – a brand of sorcery that seems especially effective against the Olympian deities. He is a being of far greater power than even the Sky Father beings, such as Odin or Zeus, the most powerful of the Greek Gods. He has even defeated the latter of two occasions. More akin to a force of nature than a physical entity, Mikaboshi’s true form is elusive, often existing as a single golden eye characterised by a slit-iris. He can also form into any tangible object he can imagine. 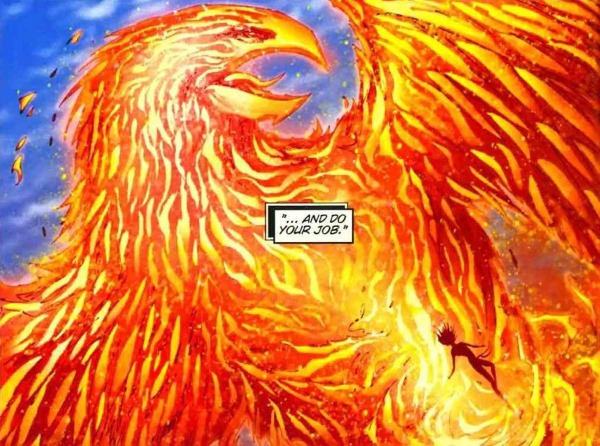 Believed to be the very passion of creation, the spark that gave life to the universe, the Phoenix force is famous for its frequent links to Jean Grey. Often the Phoenix seeks out hosts who have strong inherent psionic abilities so they can withstand its power. When it enters a host, a small fragment of its power is left behind when it leaves. First appearing in Uncanny X-Men #101, the Phoenix is an immortal and mutable manifestation of the prime universal force of life and passion – the nexus of all psionic energy which does, has and ever will exist. Adopting the form of the mythical creature of the same name, it is one of the most feared beings in all existence, and rightfully so. During the time of the Dark Phoenix, this force devoured an entire star system, including the five billion inhabitants in it. The Phoenix Force has the ability to manipulate cosmic energies and to tap into the life-force reserved for future generations, thus denying them existence. It can also wield this energy to project beams of immense destructive force, transmigrate throughout time and space and absorb immense amounts of energy, including whole stars. 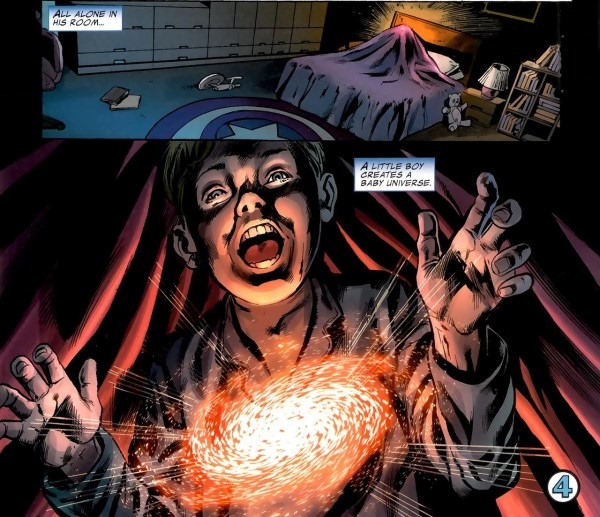 Son of Reed and Sue Richards of the Fantastic Four, Franklin Richards is one of the most powerful mutants on Earth. One of the rare mutants beyond Omega level, Franklin possessed telepathy and telekinesis as well as the ability to reshape and alter reality. Although as a child he could never really control his immense powers, they are said to be unmatched by any other celestial being. As a show of power, Richards managed to create his own pocket universe, similar to Earth. Such a display grabbed the attention of cosmic entities such as Galactus, Infinity and Eternity, who deemed him on par with themselves. It is never truly stated how powerful the boy would grow to become, however many “future” representations display immense power and even immortality. 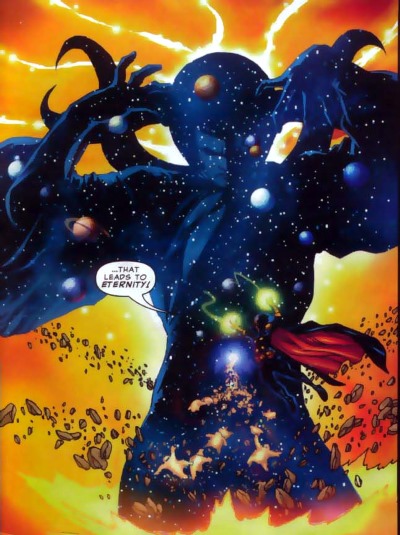 Eternity is the collective consciousness of all life and is dependent on the many trillions of beings within it. It exists everywhere simultaneously and has been known to take human form by possessing the body of exceptionally spiritually strong mortals. The embodiment of time itself, it has the unlimited ability to manipulate time, space, matter, energy and magic for any purpose. He is the de facto leader of the abstract entities collectively known as the Cosmic Powers of the Marvel Universe. Eternity first appeared in Strange Tales #138 in 1965 when Doctor Strange went looking for it. 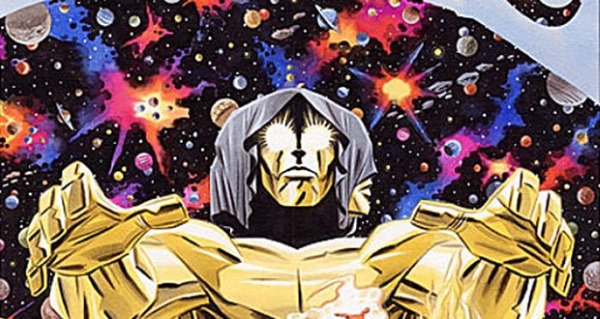 The Living Tribunal is a powerful humanoid cosmic entity who has existed as long as the universe itself. Its only purpose is to safeguard the multiverse from an imbalance of mystical forces, by preventing any universe from acquiring more mystical power than any other. Known to only interfere to prevent such an unbalance, it is capable of destroying entire planets to keep balance. In its humanoid form it has three faces; its fully visible face which represents equality, its partially hooded face which represents vengeance, and its fully hooded face which represents necessity. The Living Tribunal only passes judgment when all three sides are in agreement. Another entrant on the list to appear in Strange Tales (issue #157), this entity’s powers are said to be limitless. 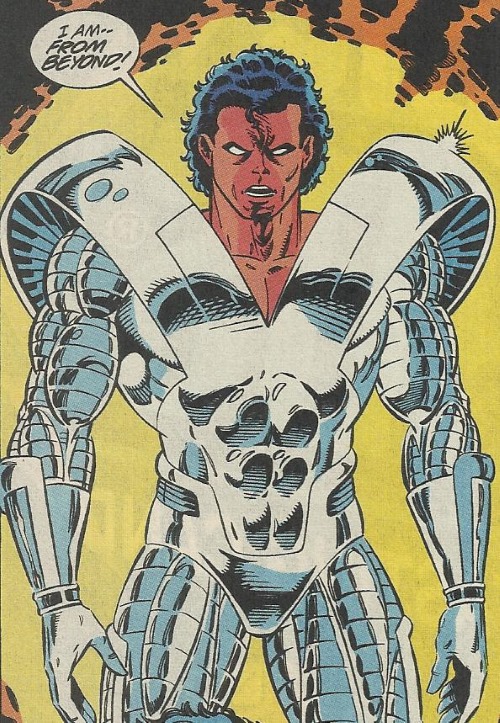 So powerful that all the Marvel abstracts (Infinity and Eternity), the cosmic beings (Galactus and the Stranger) and even The Living Tribunal were left to his bidding, the mysterious, all-powerful Beyonder may be the embodiment of another multiverse. Or he may simply be an Inhuman mutant. In any case, he began as a non-corporeal entity who, intrigued by humans, created a planet combining elements from various worlds. He christened it “Battleworld” and gathered a handful of superheroes and villains on it to watch them fight. However, he grew tired of just looking on and joined them in human form. Before that, he was virtually omnipotent with the ability to change reality just by thinking; creating planets, destroying galaxies and even taking control of every mind on Earth.

Apparently responsible for the existence of all life in the Multiverse and possibly beyond, the One-Above-All is the master and sole superior of the cosmic overseer and arbitrator known as the Living Tribunal. He is the only being in the Marvel Omniverse with omnipotence. In fact, the One-Above-All is believed to be a representation of creators Stan Lee and Jack Kirby themselves. Though there are only a few known references to the being, it is clear it has no equal when it comes to sheer power, knowledge and, most importantly, strength.