From glamorous globe-trotters who kill everyone in their path to the more muted affairs of men in trenchcoats walking around London, movie spies come in all shapes and sizes..

At the 1972 Munich Summer Olympics, 11 Israeli olympians and their coach were murdered in a brutal terrorist attack. Part historical drama and part political thriller, Steven Spielberg’s Munich is based on Operation Wrath of God; a secret Israeli government retaliation against the Palestine Liberation Organisation who carried out the plot. Eric Bana portrays Avner Kaufman, a MOSSAD agent chosen to lead an assassination mission against the 11 agents of Black September. To give his government plausible deniability, he resigns from MOSSAD and operates with 4 Jewish agents from different nations. Between assassinations, the agents discuss the morality of their mission as well as ambivalence about hurting, or even killing, innocent bystanders. By the film’s close, the group has fallen apart and a disillusioned Avner returns to his life full of paranoia and PTSD. Although not a happy ending, it’s definitely one that will have you thinking.

Based on the John Le Carre novel of the same name, Tinker Tailor Soldier Spy is an espionage thriller set during the 1970s. George Smiley is a retired intelligence officer who is brought back to the field to hunt down a Soviet double agent at the top of the British secret service. Gary Oldman stars as our lead agent and deservedly got his first Academy Award nomination – something long overdue. Rounded off with an all star ensemble cast including Tom Hardy, Benedict Cumberbatch, Colin Firth, Mark Strong, John Hurt, Toby Jones and more, the film is full of paranoia and anxiety that will have you on the edge of your seat until the final act. Tinker Tailor was highly praised for treating its audience as intelligent; never feeling the need to dumb-down or over explain the plot.

The 23rd James Bond film, Skyfall is Daniel Craig’s third outing as Britain’s favourite spy and it’s easily the best entry in the long lasting franchise. Directed by Sam Mendes, the film focusses on Bond coming out of his self-imposed retirement to track down a terrorist who bombed Mi6 headquarters. Skyfall pulls out all the stops and exchanges the usual exotic Bond locations for the mean streets of London and a climactic finale in the Scottish Highlands. With the introduction of Q and Moneypenny (both of which have been absent in the recent films), it seems as though Bond is finally getting back to its roots. Javier Bardem steps up as the main antagonist; a former agent who feels betrayed by M and seeks out his vengeance in a role so menacing, smart and humorous that Christoph Waltz has a lot to live up to when the sequel enters cinemas this winter.

Based on the Tom Clancy novel of the same name, The Hunt for Red October is set during the Cold War. A rogue Soviet naval captain, played by Sean Connery, attempts to defect to the US. It’s up to CIA analyst Jack Ryan, played by Alec Baldwin, to prove his intentions are true and not a sneak attack against the States. Despite being released just after the fall of Soviet Russia, the film was an enormous box office and critical success, grossing nearly seven times its budget and becoming one of the biggest box office draws of the year. Many actors have since stepped up to fill the shoes of Jack Ryan, including Harrison Ford, Ben Affleck, and most recently Chris Pine. Despite their success, none have seemed to portray the character as well as Baldwin; it’s just unfortunate he never returned to the character.

James Cameron’s action-comedy stars Arnold Schwarzenegger in perhaps his best role to date. He plays Harry Tasker; a family man who leads a double life working for a black ops task force. Unfortunately for him, things get complicated when he finds out his wife Helen, played by Jamie Lee-Curtis, is contemplating an affair with a car salesman who claims to be a spy to pick up women. Harry decides to save the world and fix his marriage by hiring Helen to work alongside him. The film has a number of big budget, memorable scenes which only James Cameron could pull off – a horse chasing down a motorbike, an old school interrogation involving truth serum and a climactic battle atop a skyscraper.

The fourth entry in the Mission Impossible franchise sees Tom Cruise reprise his role as IMF agent Ethan Hunt. After an attack at the Kremlin, IMF is disavowed, forcing Hunt to assemble a team and go off the grid in order to stop a nuclear attack that will devastate the world. The sequel brought together a stellar supporting cast for Hunt’s team, including Simon Pegg on his first field mission, the seductive Paula Patton and Jeremy Renner as a chief analyst who is not all that he seems to be. The action-packed blockbuster’s most memorable scene features Hunt scaling the outside of the Burj Khalifa in Dubai; the world’s tallest building. Cruise actually performed the stunt himself, which makes the sequence all the more thrilling.

In this thriller from 1975, Robert Redford stars as an unlikely hero who works for the CIA as a reader. Joe Turner is not your average movie spy; his days are rather mundane, sifting through piles of information and postulating possible scenarios. Returning from lunch, he finds all his co-workers murdered in cold blood. After contacting the CIA New York headquarters and explaining the situation, he is given a location to meet up for a debrief. Unfortunately for Turner, it’s a trap and he narrowly escapes an attempt on his life. With no one to trust, he goes on the run, forcing Faye Dunaway, a woman in the wrong place at the wrong time, to give him shelter. Directed by Sydney Pollack, Three Days of the Condor is a stylish thriller which is oozing with 70s paranoia.

It’s hard to deny just how much of an impact the Bourne trilogy has had on the cinematic spy genre. Gone are the high-tech gadgets and over the top action scenes as the movies settle for more realism and a gritty atmosphere. The third entry is quite possible the most satisfactory, wrapping up a story that began when our superspy, Jason Bourne, washes up riddled with bullet holes and no memory of who he is or what he does. After discovering he was a black-ops CIA operative, he warns them to leave him alone or face the consequences. Like all good agencies, the CIA come after him time and time again, forcing Bourne to retaliate. In the final installment Bourne comes face to face with his creator and has his memories triggered, finally piecing together the last few pieces of the puzzle. The third film ramps up all the action and drama, tying up enough loose endings to leave you satisfied but still leaves a few strands dangling; offering a glimmer of hope the story might continue. The film was a huge critical success (sitting at 94% on Rotten Tomatoes) and became the biggest grossing film of Damon’s career so far.

Adapted from the novel of the same name, The Ipcress FIle centres around the disappearance of a number of high level British scientists. When they are returned, they have been brainwashed and remain completely unfunctional. Harry Palmer, a British intelligence agent who is sent to investigate, steps in to solve the mystery but he feels he was chosen as he is simply expendable. Created as an anti-Bond, Michael Caine’s is the perfect casting choice for Palmer; a cockney living in a small Notting Hill flat with a criminal past who only seems interested if his new assignment comes with a bump in pay. The action is relatively low key and gritty, focussing on the ‘humdrum’ locations of London.

A classic suspense thriller by Alfred Hitchcock and often considered one of the greatest films of all time, North by Northwest is a tale of mistaken identity. Cary Grant stars as an ad executive who is pursued ruthlessly by a vicious spy who believes he is a government agent intent on stopping them from smuggling a microfilm out of the country. The film has been parodied many times; its most infamous scenes are breath-taking action pieces where Grant runs through a corn field being chased by a crop duster and a climactic chase down Mount Rushmore. Considered by many as a precursor to the Bond films and it’s easy to see why. With stunning scenery, action, adventure and a charming villain, North by Northwest has had a massive impact on the genre. 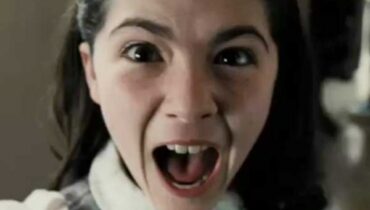