A ghost ship is quite simply a vessel which has been discovered with no living crew onboard. There have been many ghost ships throughout history and, because some sailed freely for many years before being found, their mystery have found their way into folklore and legend.

One of the most recent ships on our list, there remains much skepticism around the truthfulness of the events surrounding the Ourang Medan. There have been two widespread descriptions of the events aboard the Ourang Medan. In the first account, a survivor washed ashore on the Marshall Islands. His final breaths mentioned an illegal cargo of sulphuric acid which started leaking, slowly killing all the crew. A further story published in 1947 mentions a crew of two American ships navigating the Strait of Malacca. A radio operator aboard received the following message in morse code “Probably whole of crew dead…I die”. A rescue party promptly boarded and found all the crew face up, eyes open, mouths agape and representing horrible caricatures. No bodies showed signs of injury. After a fire broke out, the rescue party was forced to leave, preventing any further investigation. The Medan sank shortly afterwards. 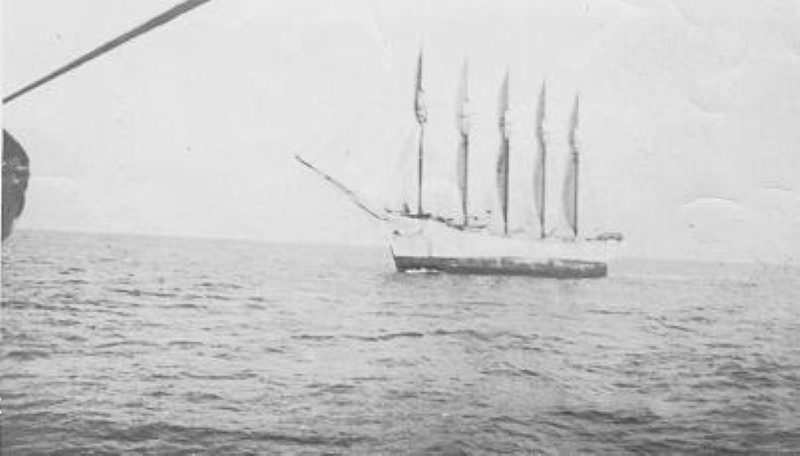 The Carroll A. Deering was put into service in 1919. On her final voyage, she had just delivered a cargo of coal to Rio de Janeiro, Brazil. On the journey home, the ship stopped at Barbados for supplies on 2nd December, 1920. Whilst there, the First Mate was heard drunkenly complaining about the captain’s limited control over the crew. Its final sighting was a month later when a light ship’s keeper reported a man with a foreign accent and matching no crew description informed him that their ship had lost its anchor. Also peculiar was that the crew were milling about on the foredeck, an area they were usually forbidden from. On January 31st, 1921, the Deering was sighted run aground off the coast of North Carolina; a notorious place for shipwrecks. The ship had been completely abandoned, with all navigation equipment, the logbook and two lifeboats missing. The crew never turned up, leading to a series of speculations of what happened ranging from piracy, hurricanes, mutiny and even the paranormal.

A legendary ghost ship, the Lady Lovibond was a schooner that was allegedly wrecked on the Goodwin Sands, off the coast of Kent, on 13th February 1748. According to the stories, Captain Simon Reed had just been married and decided to celebrate by setting sail. Despite the longstanding sailor superstition how unlucky it is to bring women on board, he brought his newlywed wife, Annetta, with him. Unfortunately, their happiness was too much for the first mate. In a jealous rage, he clubbed the crewmember at the wheel. He quickly took control and steered the ship into the treacherous sandbank, killing all. The first sighting of the ghost ship occurred in 1798, having been reported by two separate vessels. This has been followed up every 50 years by another sighting, some reporting she gave off an eerie green glow. For those who are interested, you have 33 years to get down to Kent to be the next lucky witness to this strange apparition. 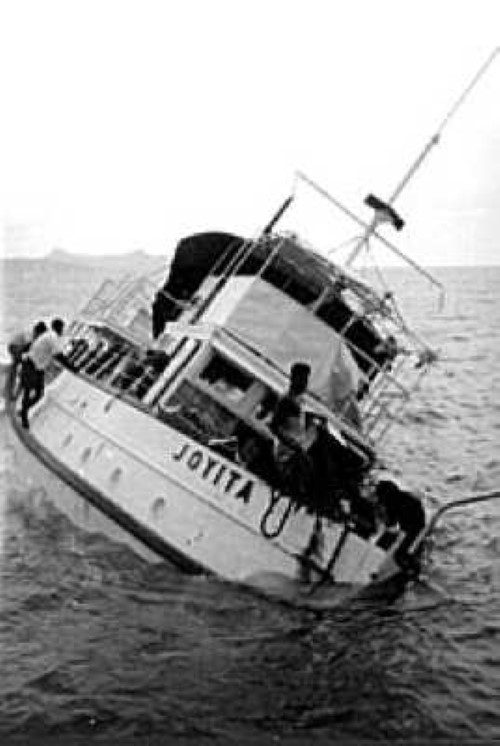 A merchant vessel, the MV Joyita set sail on 3rd October, 1955 on a journey that was expected to take 48 hours before returning. With 25 passengers and a cargo of mostly medical supplies, she never made it to her destination, nor gave out any distress signal. Nearly five weeks later, the captain of a merchant ship spotted her more than 600 miles away from her intended route. Partially submerged, there was no sign of her crew, lifeboat or life jackets and 4 tonnes of cargo was missing. The subsequent investigation was unable to explain why the crew abandoned ship. Due to its design along with several empty fuel drums as cargo, the ship was virtually unsinkable. One possible explanation suggests that the captain was killed in an altercation, leading the remaining to abandon ship and become lost to the current. No bodies were discovered and the 25 crew members remain listed as missing.

A private schooner, the Young Teazer was first launched in 1813 in Nova Scotia, during the War of 1812 (a military conflict between the UK and the North American colonies which lasted over two years). After being trapped by the British Hogue and under the command of the Royal Navy, Captain Dobson and Lt. Johnson began arguing before disappearing below deck. Minutes later, an explosion occurred. Members of the crew were spotted clinging to the wreckage. Of the 38, only 8 survived. Many believed Johnson, in fear of hanging for breaking his parole, lit the powder onboard. The Young Teazer has become one of the most well known ghost ships in Atlantic Canada with many sightings of the supposed ‘Teazer Light’ – a fiery glow, or possibly ship on fire, spotted along the Mahone Bay near the anniversary of the explosion. 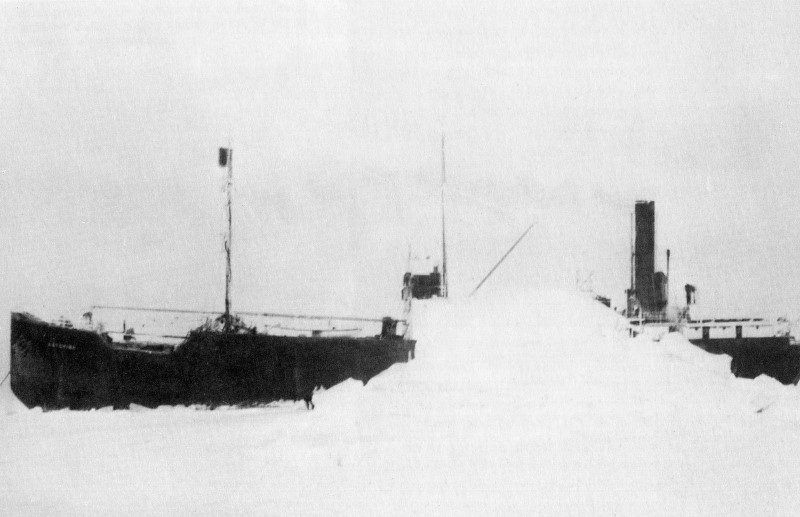 Built in 1914, the SS Baychimo was a steel-hulled cargo ship used to trade provisions for pelts in the Inuit settlements along the Northwest Territories of Canada. At the end of her final trading run on October 1st, 1931, she became trapped in pack ice. The crew hastily abandoned ship and headed towards the nearby town of Barrow to take shelter. Unfortunately, upon their return the ship was gone. Believing the ship may have possibly sank, they were ready to return until being told by a Inuit that the ship was last spotted 45 miles away. After boarding the ship, it was deemed she was unlikely to survive the winter. They transported all cargo off the ship by air and left her to the elements. However, the Baychimo did not sink and was regularly spotted for several decades to come. The last recorded sighting was 38 years later, off the northwestern Alaskan coast. Her ultimate fate remains unknown.

Lore has it that the Octavius left England for the Orient in 1761, successfully arriving at its destination the following year. On its return journey, the captain believed he could take the risky route through the Northwest Passage, a tricky trade route to navigate through. The ship became trapped in sea ice and never made it to port. Thirteen years later, a whaling ship, the Herald, spotted the Octavius west of Greenland. Boarding it, they soon discovered it as derelict. The entire 28 man crew were found frozen dead below, perfectly preserved . When opening the captain’s cabin, he was still at his table, frozen with his pen in hand, writing in his logbook. After the crew disembarked, Octavius was taken away by the streams and wind, never boarded again but sighted by many. 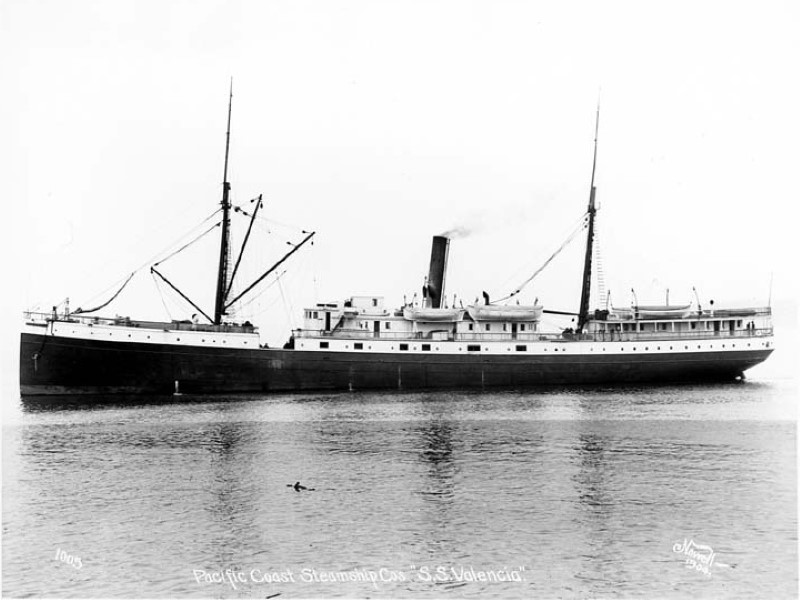 The SS Valencia was built in 1882 as an ocean liner for service between Venezuela and New York City. During her final voyage, she faced strong winds and currents, missing the entrance to the Strait of Juan de Fuca. She struck a reef which did significant damage to the hull. Six of the seven lifeboats were lowered but due to their poor manning, half of them flipped and spilled their occupants into the ocean. Of the remaining, 2 capsized and 1 disappeared. Since the sinking, many rumours and sightings have surfaced in relation to the lost passengers. Local fishermen allegedly saw lifeboats being rowed by skeletons. Others have sighted the SS Valencia herself, believing to have seen human figures holding onto the rigging for dear life as waves crashed over its hull. 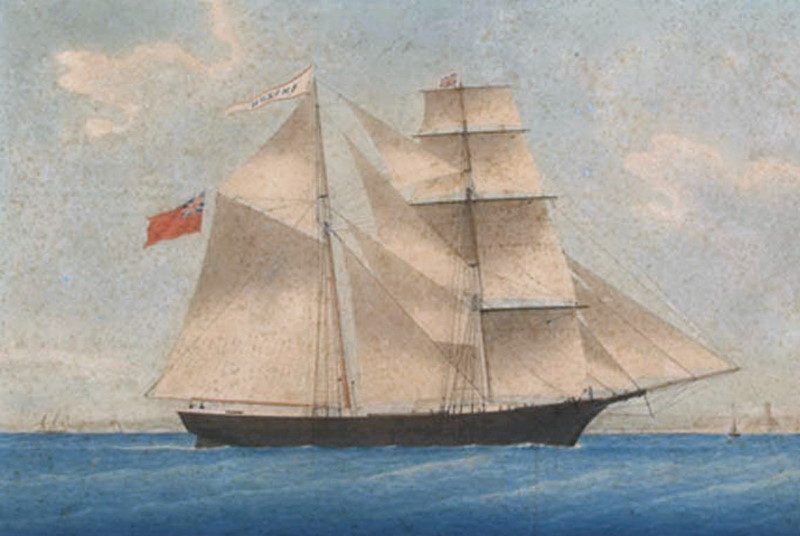 The Mary Celeste was an American merchant brigantine whose maiden voyage occurred in 1861, regularly shipping cargo from the West Indies across the Atlantic. On November 7th, 1872, she left harbour in New York for the final time with a fully manned crew. Less than a month later, she was discovered just off the coast of the Azore Islands, having been spotted sailing erratically by the Dei Gratia. Suspecting something was wrong, the ship approached to find a most bizarre sight. The ships sails had been set poorly and some were missing altogether. The crew were not onboard and the single lifeboat was missing. Upon further investigation, the ships cargo of over 1500 alcoholic barrels was still intact, ruling out the possibility of pirates. The crew quarters appeared undisturbed and only the captain’s logbook was missing. Many conspiracies arose over the crew’s sudden departure; pirates, a mutiny, or abandonment due to the belief they were going to sink. They were never found and the rumours persist to this day. 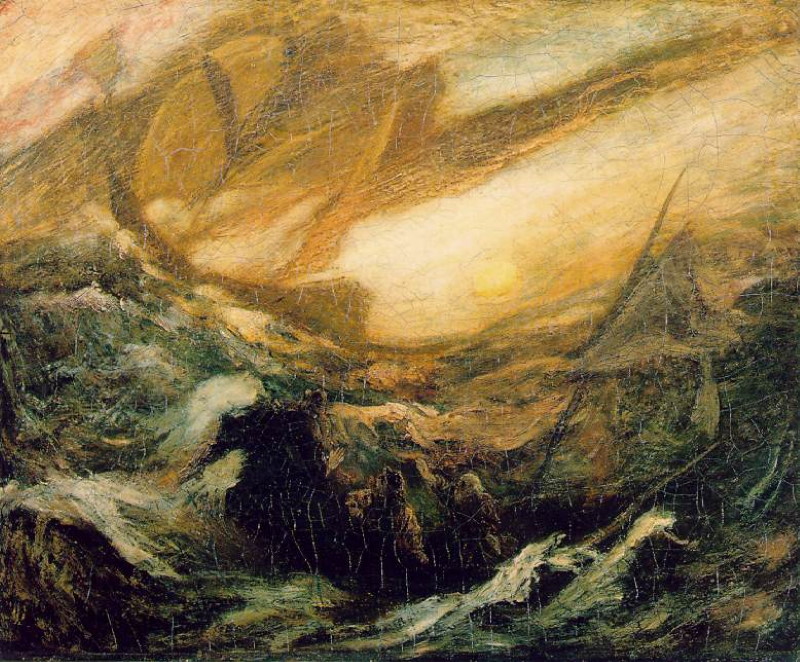 Perhaps the most famous ghost ship of all, The Flying Dutchman has a legend dating back to the 17th century. The ship is rumoured to have never been able to make port and therefore doomed to sail for eternity. The crew are widely suspected of having committed such atrocities they are forced to stay on the ship until they have paid their penance; effectively until the end of time. According to some historians, the ship’s captain is based on Bernard Folke. Renowned for his speedy trips, some suspected he was in league with, or had sold his soul to, the Devil. Sightings continued well into the 20th Century, with even King George V believing he caught a glimpse during a 3 year voyage in his teens. Many believe that to see this ship is a sign of an impending doom. There have been hundreds of sighting of this mysterious ship over the years as it continues on its never ending voyage.

Top 10 People who Should be More Famous