There are still a few places in the world where driving a car or riding a bicycle can be an exhilarating scenic experience rather than a traffic-bound, fume-breathing nightmare. Here are ten of the best: 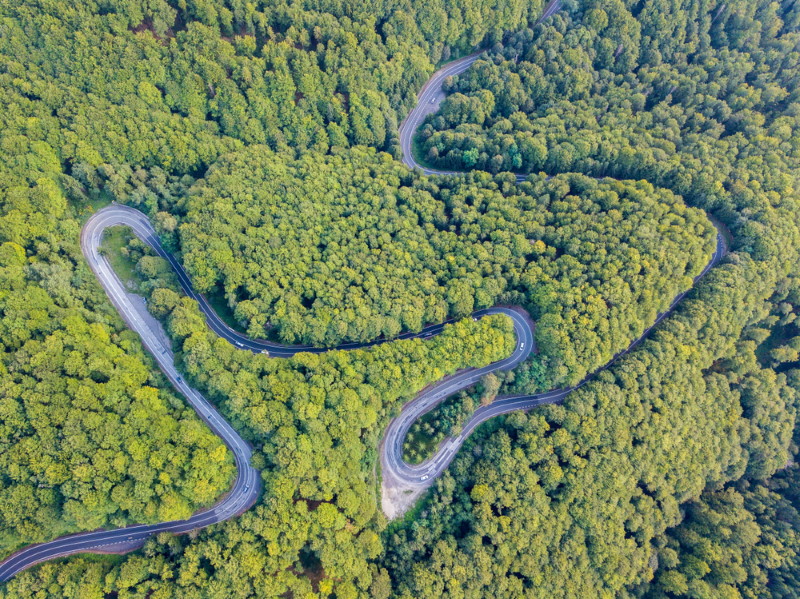 Crossing the Făgărășan Mountains at heights of over 6,000 feet, this road is used by shepherds and hikers as well as cars and lorries, and is usually closed from autumn until June. It is known as Ceausescu’s Folly, as it was commissioned as a military project by the former dictator, without regard to expense, to ensure that the mountains could be defended against possible Soviet invasion. Forty soldiers were said to have lost their lives during the construction of the road. 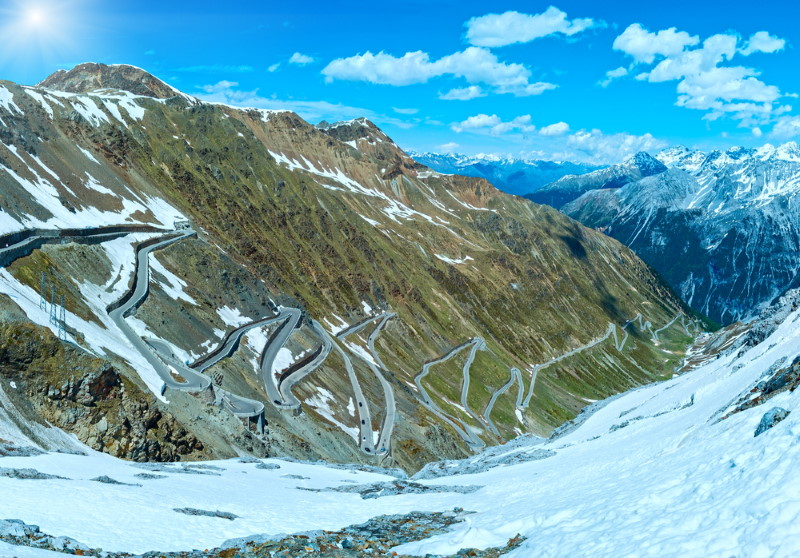 This pass over the Alps in northern Italy is over 9,000 feet above sea level at its highest, and includes 60 hairpin bends. The road was built in the nineteenth century, and took 2,500 men over five years to complete. The climb regularly features in the Giro d’Italia, the Italian cycling race, although the road is sometimes covered with snow at the time the race crosses it. Popular with tourists, this is sometimes referred to as ‘the world’s most dangerous road’, though some of the others on this list could also lay claim to the same title. 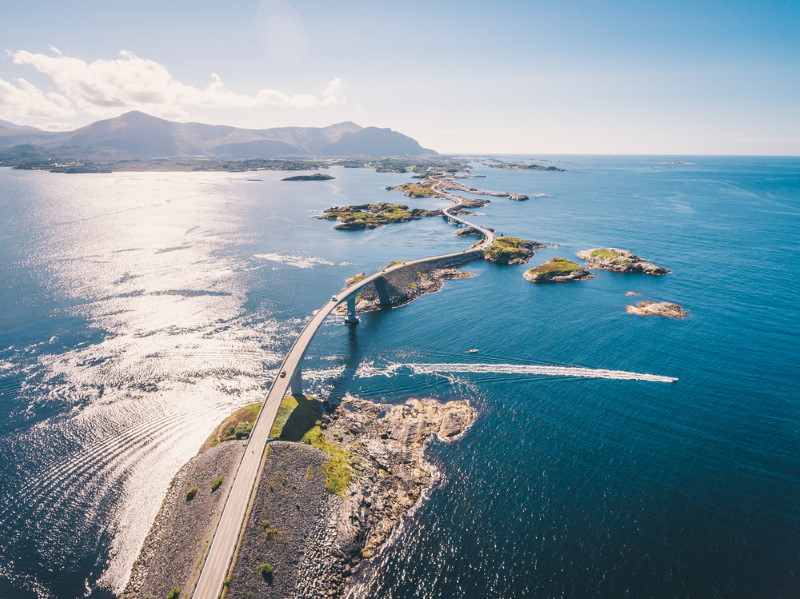 Although it is only five miles long, this section of County Road 64 in Norway, called in Norwegian ‘Atlanterhavsveien’, includes several elevated sections and seven bridges as it crosses an archipelago on Norway’s spectacular western coast. In stormy weather the waves break over the bridges, which are popular with anglers as well as sightseers. The bridges are also used by bird watchers, and seals and whales can often be seen from them. 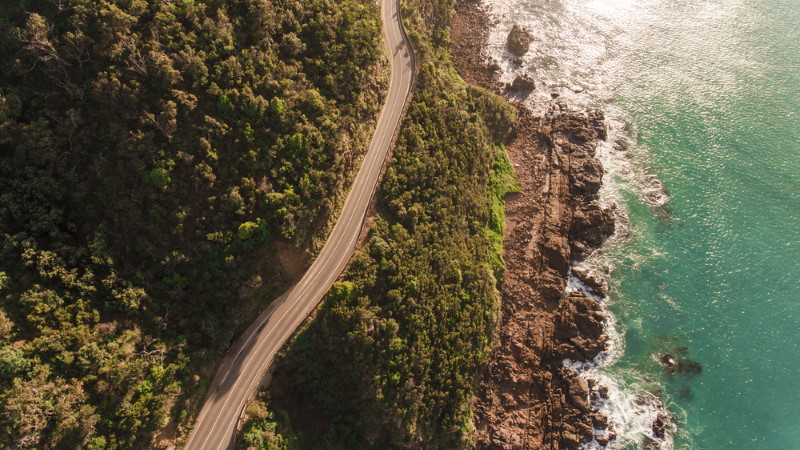 Running 150 miles along Australia’s rugged southern coast, this dramatic road passes some of the best surfing beaches in the world as well as rainforest, vineyards and farmland. It’s possible to see whales and dolphins from clifftop viewpoints along the road, which was built by servicemen returning from the First World War. They are commemorated by an arch over the road near Lorne. 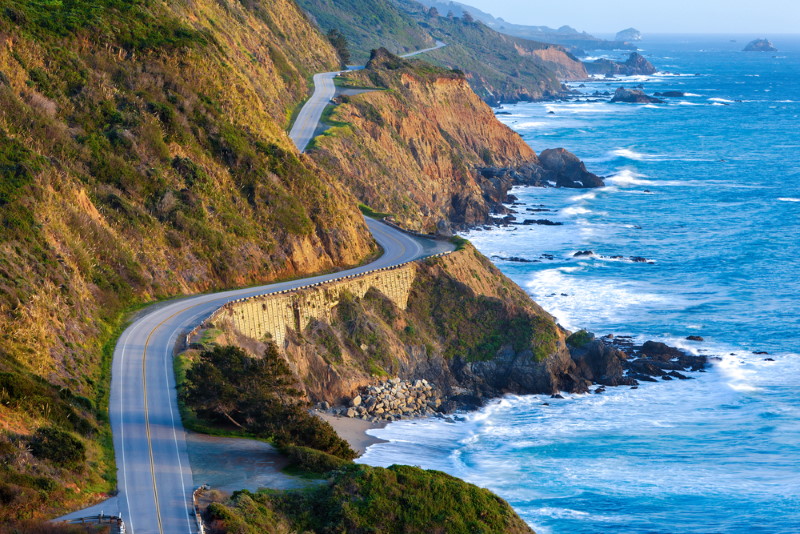 Clinging to the edge of the rocky Pacific coast south of San Francisco, this road is famous for its beautiful views of sea, rocks and cliffs. It runs from Capistrano Beach in Orange County to Leggett in northern Mendocino, but its most famous stretches are in the vicinity of Big Sur and San Francisco. It passes Hearst Castle, the huge estate near San Simeon which was built for the newspaper magnate Randolph Hearst. 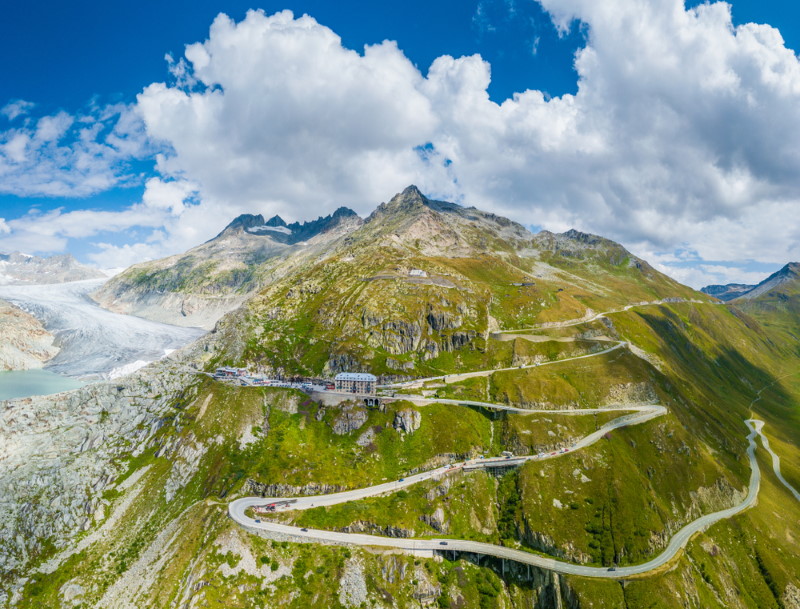 Linking Andermatt with Gletsch in the Swiss Alps, the Furka Pass forms part of the popular Three Pass route. It approaches the Rhone Glacier, which is the source of the river of the same name. The road, and the Belvedere Hotel at the top of it, are recognisable to Bond fans as the location for part of the film ‘Goldfinger’. 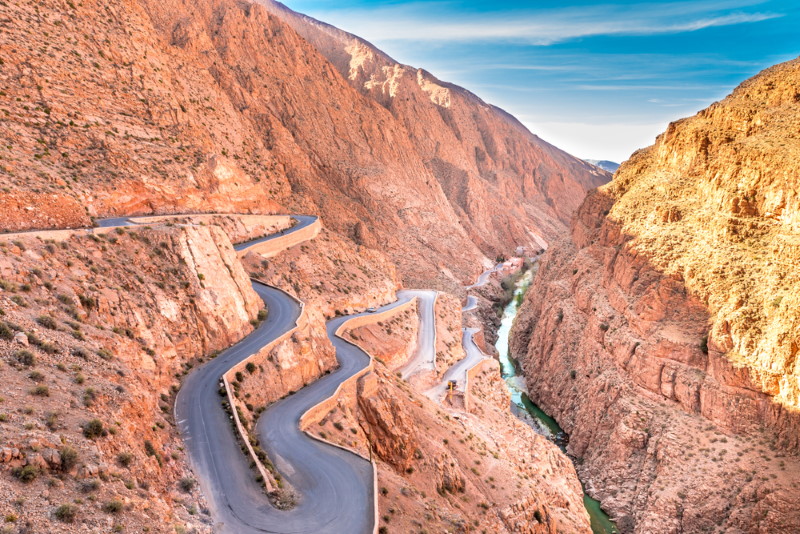 Built by the French Army in 1933, this road, with its hair-raising bends and sheer drops to the side, rises through a steep gorge lined with ancient kasbahs, known locally as ‘the Valley of the Roses’ because of the fertile land by the river at its base. Near the top, snow is likely, adding to the spectacular effects of weathered rock formations. 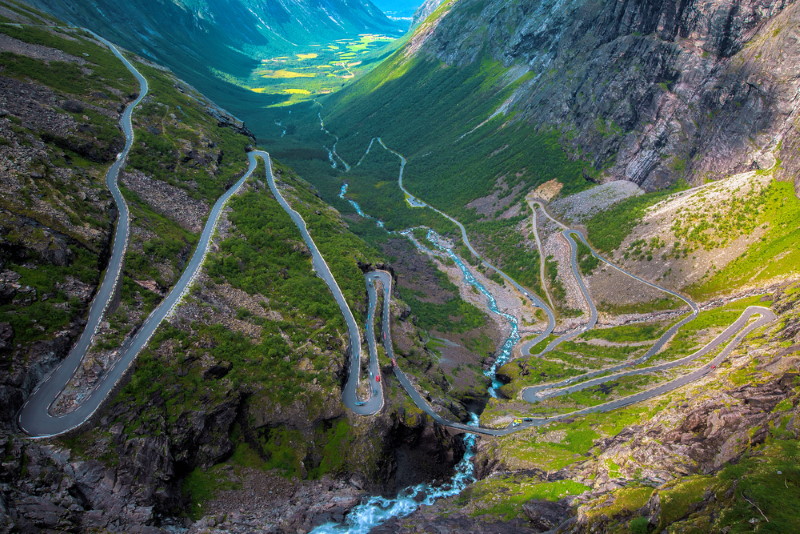 The Norwegian name of this winding mountain road in Møre og Romsdal county, Western Norway, translates into English as ‘Troll’s Path’. A popular tourist route, it was recently improved and widened in places, but it is usually open only between May and November. There are astounding views from various points along it, including a good place from which to see the Stigfossen waterfall. 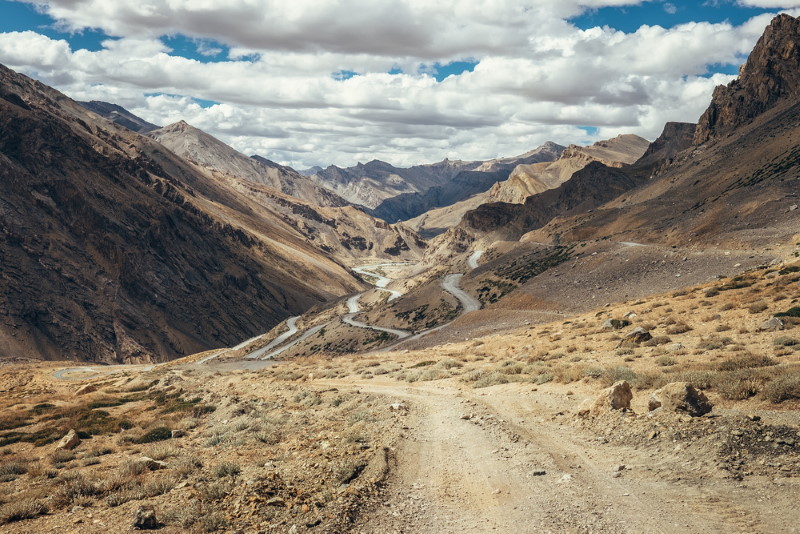 The air at over 16,000 feet at the top of this spectacular North Indian pass is thin enough to carry a real risk of altitude sickness. Only open for a few months every year, the road must be cleared every spring of snow which may be 60 feet thick in places. Even in summer, the road is crossed by mountain streams which must be forded, and is prone to landslides. A tunnel is planned to avoid some of the worst parts of the route. 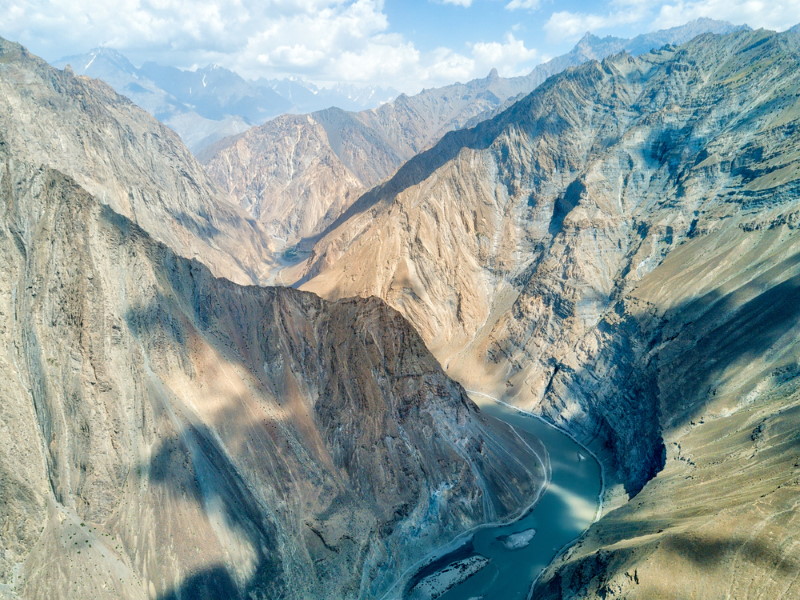 Part of the ancient Silk Road, the Pamir Highway is the second highest international road in the world, traversing the Pamir Mountains in Central Asia. It is popular with hikers and extreme bicycle adventurers. Parts of it are unsurfaced, and travellers must be ready for altitude and extreme cold.

Top 10 Spectacular Waterfalls in the World