Ever since the dawn of time, man has looked to the stars with awe. Space was a distant dream until we finally started our expanse into the unknown, but the thought of what still lies out there continues to captivate cinema goers and spark the imagination of creative, visionary storytellers. 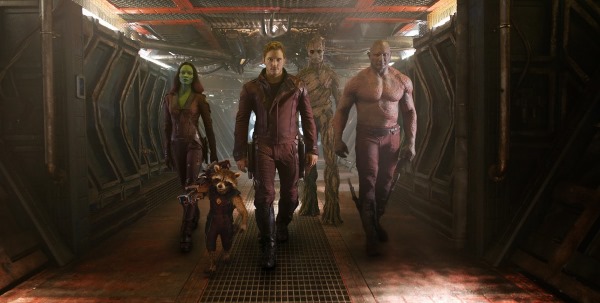 Brash space adventurer Peter Quill (Chris Pratt) finds himself the quarry of relentless bounty hunters after he steals an orb coveted by Ronan, a powerful villain. To evade Ronan, Quill is forced into an uneasy truce with four disparate misfits: gun-toting Rocket Raccoon, treelike-humanoid Groot, enigmatic Gamora and vengeance-driven Drax the Destroyer. When he discovers the orb’s true power and the cosmic threat it poses, Quill must rally his ragtag group to save the universe. Although it was a departure from Marvel Studios normal superhero antics, this risky cosmic endeavour (the comics weren’t exactly a household name) raked in a massive $774.2 million for the company and is one of its more successful adaptations.

In the near future, Lunar Industries has made a fortune by setting up a base on the moon and mining the alternative fuel, helium-3. Sam Rockwell stars as Sam Bell, the only occupant of the moon base. Nearing the end of his three year contract, he oversees the transportation of canisters of helium-3 back to Earth, with his only companion on board being the artificial intelligence named GERTY. After losing control of his harvester and being knocked unconscious, he wakes up in a medical bay and heads back to the crash site where he finds his doppelganger in the harvester. The two then begin wondering which one is the clone or if they both are. Sam Rockwell deserved the critical acclaim he received as essentially the only actor seen on screen in this tense, intelligent low-fi sci-fi entry from director Duncan Jones.

After the lackluster critical and commercial response to the first movie, series creator Gene Roddenberry was forced out of the sequel’s production and executive producers Harve Bennett, Jack Sowards and director Nicholas Meyers joined forces to write the second installment. James T. Kirk (William Shatner) and Capt. Spock (Leonard Nimoy) monitor trainees at Starfleet Academy. Meanwhile, another vessel from the United Federation of Planets is about to try out the planet-creating Genesis Device in a seemingly deserted portion of space. In the process, two of Kirk’s officers are captured by an enemy Kirk thought he’d never see again: Khan (Ricardo Montalban). Wrath of Khan is a vengeance fuelled space opera which pumped a warp core’s amount of life into the tried and trusted Star Trek formula.

Galaxy Quest stars Tim Allen, Sigourney Weaver and Alan Rickman as stars of a 1970s sci-fi TV show which is just a little bit similar to Star Trek. 18 years after the series has been cancelled, the cast are approached by a group of aliens who believe them to be a real crew, mistaking the TV show as a series of documentaries. They soon find themselves aboard a spaceship and assume their character roles in order to save the Thermian alien race from the oppressive regime in their solar system. Many feared that Galaxy Quest would make fun of the classic shows it was lampooning; Star Trek cast member Patrick Stewart even refused to see it for this reason. However, after being persuaded to attend a showing, he quickly paid tribute to the movie, remarking its ability to be both a parody whilst paying homage to fans. 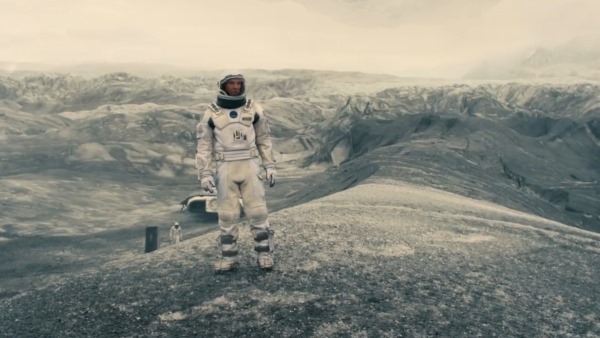 Interstellar is set in a sadly all too believable future where a global crop blight and second Dust Bowl are slowly rendering the planet uninhabitable. Professor Brand (Michael Caine), a brilliant NASA physicist, is working on plans to save mankind by transporting Earth’s population to a new home via a wormhole. But first, Brand must send former NASA pilot Cooper (Matthew McConaughey) and a team of researchers through the wormhole and across the galaxy to find out which of three planets could be mankind’s new home. Once there it is discovered just how far some people are willing to go in order for self-preservation. Although it wasn’t quite the sci-fi epic many fans were hoping for, director Christopher Nolan brings the unknown vast expanses of space to life in this visually stunning blockbuster. 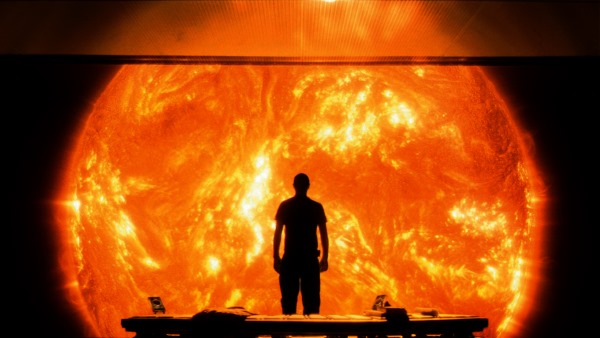 In 2057, the sun is dying, sparking a solar winter that threatens all life on Earth. In an attempt to revive the dying star, a massive bomb is loaded onto the spaceship Icarus II. Its predecessor, Icarus I, mysteriously vanished in orbit seven years prior. The ship receives a distress beacon from Icarus I and promptly changes course to dock with the abandoned ship and take its bomb: giving them two shots at reigniting the Sun. However, after boarding with Icarus I they discover the true reason for the mission’s failure. With an all-star diverse cast, Sunshine was met with a positive critical response but failed to become a huge hit at the box office. Nevertheless, Danny Boyle’s unique, genre-defying masterpiece has since gained a cult following and it is one of the few films which was successful in being (mostly) scientifically accurate. 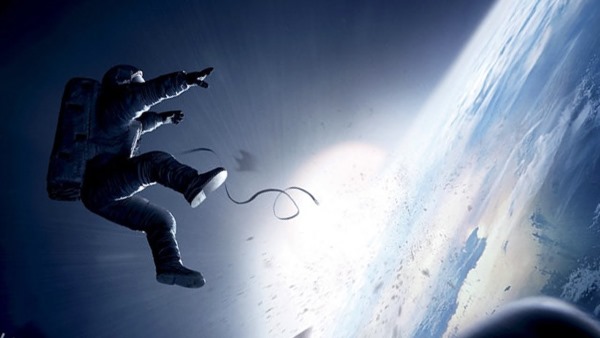 Dr. Ryan Stone (Sandra Bullock) is a medical engineer on her first shuttle mission. Her commander is veteran astronaut Matt Kowalsky (George Clooney), helming his last flight before retirement. During a routine spacewalk by the pair, disaster strikes. The shuttle is destroyed, leaving Ryan and Matt stranded in deep space with no link to Earth and no hope of rescue. As fear turns to panic, they realize that the only way home may be to venture further into space, but it isn’t long before they realise both of them might not make it back. Equipped with her basic training, Ryan must commandeer part of the International Space Station if she wants to live. One of the most visually stunning blockbusters ever made, Gravity rightfully swept the 86th Academy Awards. A true masterpiece of technical triumph, Gravity is a white knuckle thrill ride which shows just how terrifying space exploration can be. 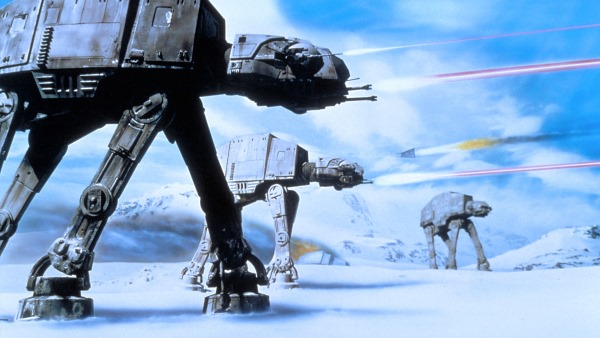 This blockbuster sequel opens with Luke Skywalker, Han Solo, Princess Leia and Chewbacca facing attack by the Imperial forces and its AT-AT walkers on the ice planet Hoth. While Han and Leia escape in the Millennium Falcon, Luke travels to Dagobah in search of Yoda. Only with the Jedi master’s help will Luke survive when the dark side of the Force beckons him into the ultimate duel with Darth Vader. Easily the best entry of the Star Wars franchise, this iconic sci-fi flick became the highest-grossing film of 1980 and, to date, has earned more than $538 million worldwide from its original run and several re-releases. Arguably one of the best sequels ever made, it also contains one of the biggest cinematic reveals in history thanks to the immortal line “No, I am your father”. 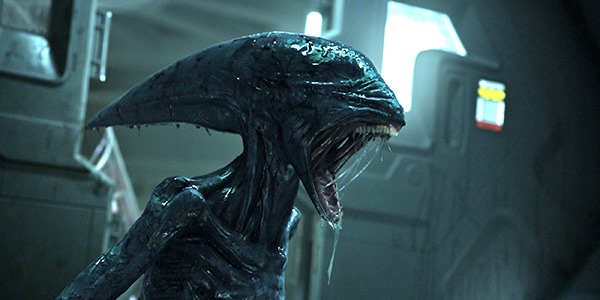 This sequel to Ridley Scott’s 1979 sci-fi horror Alien is possibly everybit its superior. After drifting through space in hypersleep for 57 years, Ellen Ripley is rescued and debriefed by her company, Weyland-Yutani, over the events that led to her original ship’s destruction. They remain skeptical about her explanation that an alien killed her entire crew, but the planet where she first encountered the alien eggs is now a human terraforming colony, and all contact has recently been lost. A colonial marine unit is sent to investigate, despite Ripley’s warnings of what they will find. After the colonists are discovered to have been cocooned by a hive of aliens, the marines are soon attacked. Aliens was an incredibly well received entry in a typically critically unappreciated genre (action meets horror meets sci-fi) and made big bank at the box office. Sigourney Weaver received an Academy Award nomination for her role and James Cameron proved once again his groundbreaking, cash making filmmaking process. 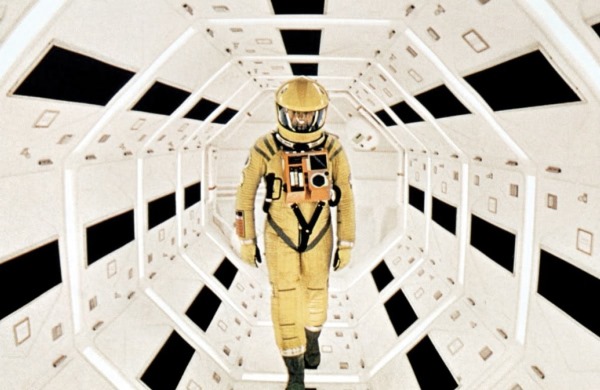 Stanley Kubrick’s sci-fi epic deservedly takes our number 1 spot as it’s influenced nearly every space movie released since its debut. At the dawn of time, a black monolith appears and imparts knowledge to a group of apes, effectively kick starting their evolution to humans. Millions of years later, a similar monolith is found on the moon, where it is discovered to have came from Jupiter. A crew set out to explore the planet with the help of the onboard AI HAL-9000, who is everybit mankind’s equal and superior. After HAL sabotages the mission, Dr. David Bowman must first overcome the computer’s intelligence before travelling to the birthplace of the monolith. 2001 deals with issues of evolution, existentialism, technology, artificial intelligence and extraterrestrial life. Despite initial mixed reviews, the film quickly became a cult classic and is today heralded as the best in its genre – and even one of the best films of all time.