Dogs come in all shapes and sizes, from Great Danes downwards. Below are some of the breeds at the opposite end of the scale – small but perfectly formed. 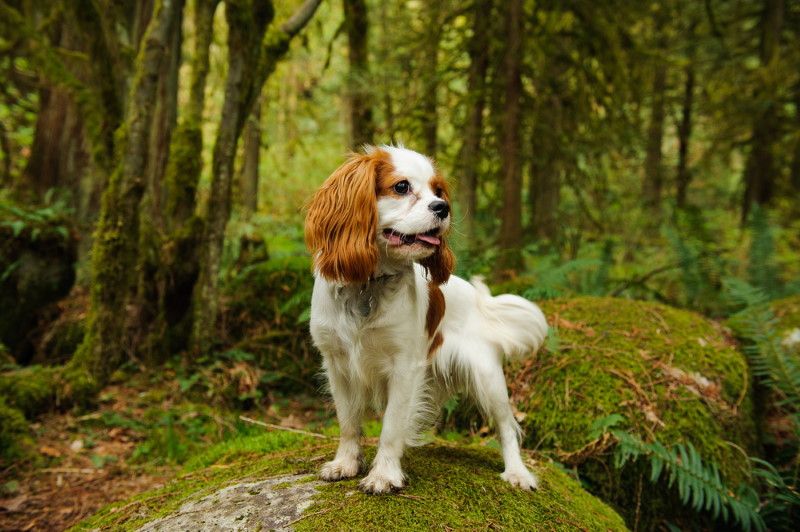 One of the world’s most popular dog breeds, the Cavalier King Charles Spaniel has an affectionate temperament and is a great first pet for families with children. Standing around 13 in (32 cm) and weighing no more than 10 lb (8 kg), the King Charles comes in one of four colours combinations: Chestnut and white; solid red; black and tan; or black, white and tan. They have drooping ears, a round face and large eyes. While they need a regular walk, they are quite happy in the house and are easily house-trained. 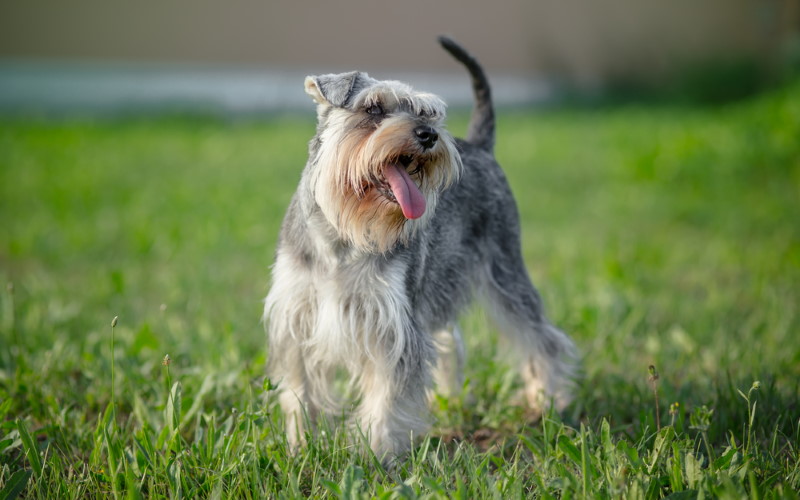 The term ‘schnauzer’ is a German word for muzzle, and the noses of these little dogs are certainly one of their most distinctive features. A generous ‘moustache’ and heavy eyebrows are key aspects of the breed’s appearance. They can reach around 14 in (35 cm) in height and their coats are usually salt and pepper coloured, although they can also be solid black or black and silver. Thy make good watchdogs and need a walk every day. 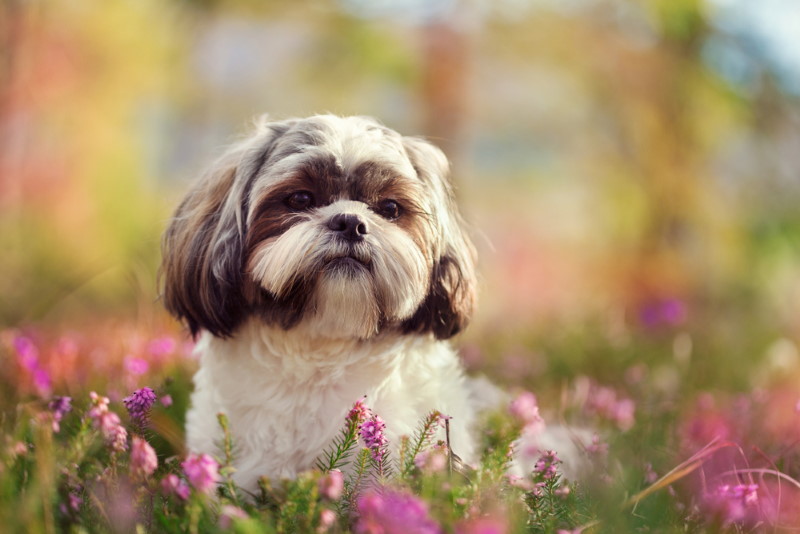 Thought to have originated in Tibet, but quickly spread to China, the Shih Tzu first arrived in the UK in the 1930s and from there went to America. Rarely tipping the scales at more than 15 pounds (6.8 kg) the Shih Tzu is actually a lot hardier than it looks – it’s name is Chinese for ‘lion’ after all. Their long face hair has to be tied back so it doesn’t cover the eyes while the rest of the coatis long and so requires regular grooming. They love human companionship (which can lead to them being spoilt) and have a puppy-like nature, even when adults. 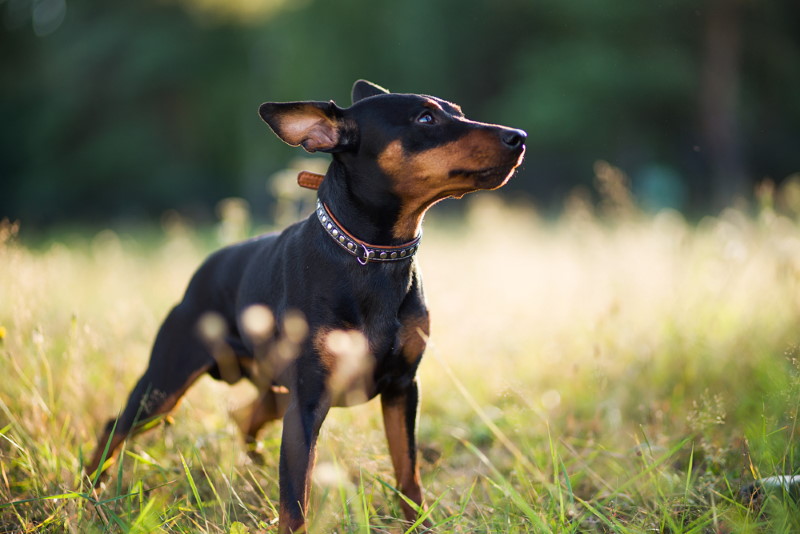 Essentially a pint-sized Doberman, the Miniature Pinscher stands at around 12 in (30 cm) when fully grown. Either black or chocolate with tan markings, they have large, erect ears and a smooth coat. Originally from German where they were bred to catch vermin, Pinschers retain their love of chasing, and are always eager to play ‘fetch’ in the park. They are also hardy little dogs, and can take a bit of rough and tumble in their play. They are also purportedly good as watchdogs, being sensitive to changes in environment. 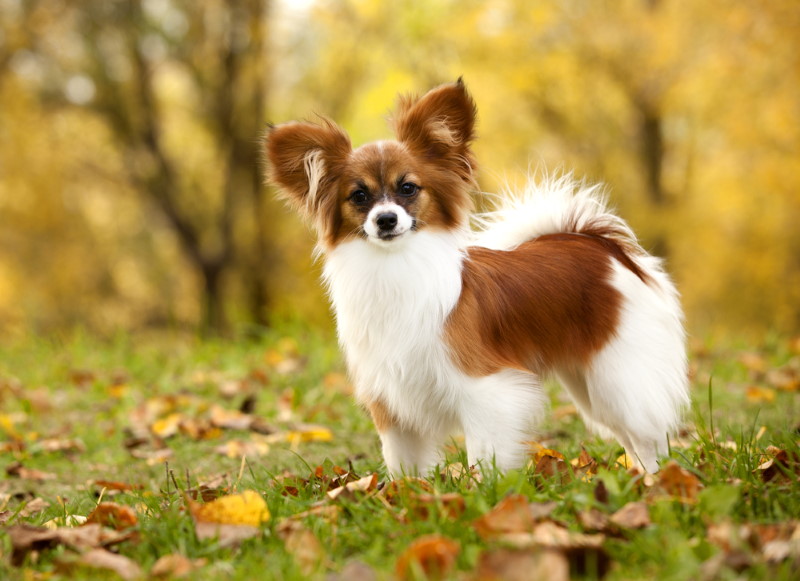 The name of these small dogs comes from the French word for ‘butterfly’ and is though to derive from the appearance of the breed’s very large, fringed ears. Rarely standing more than 11 in (28 cm), they are sometimes known as Toy Spaniel’s, and they share the spaniel’s rounded head and tail covered n long hair. Besides the tail, they have extra frills of long hair on the ears, chest and back of the legs. Typically Papillons are white with splashes of other colours, often tan and black. They are a lot more laidback than many other small dog breeds, perfectly capable of living with other dogs and cats. They are also less inclined to bark than lots of other breeds. Their main requirement is lots of exercise! 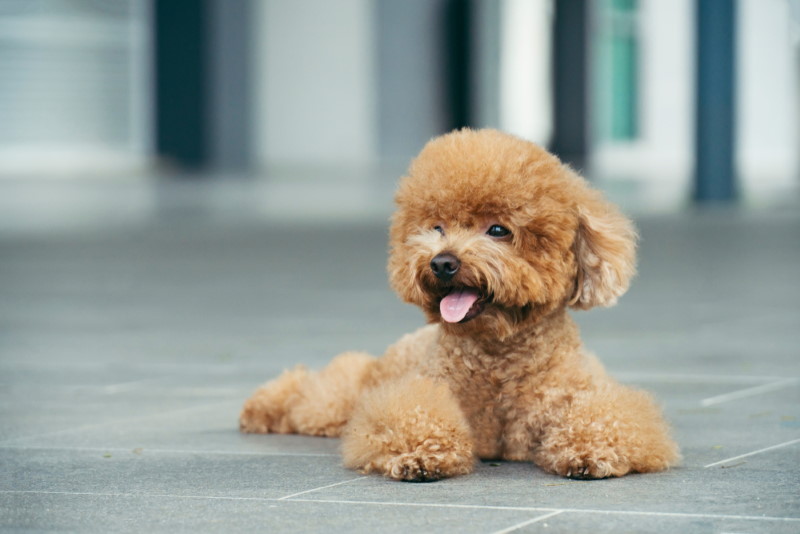 The clue’s in the name, really. All the toy breeds are small and the poodle is no exception. Standing no more than 11 in (28 cm) at the shoulder, these dogs look like their larger relatives, just in a more petite package. They have a tightly curled coat that comes in solid colours, be it black, gray, white, apricot, red, brown or café-au-lait. The tail is carried high and the ears hang down flat by the sides of the head. Generally considered to be one of the easiest dogs to train, toy poodles are engaging and well-socialised. Of course, they can become aggressive when being protective of their owner, but that’s just their way of showing that they care. Toy poodles do have lots of energy, so need to be walked regularly. 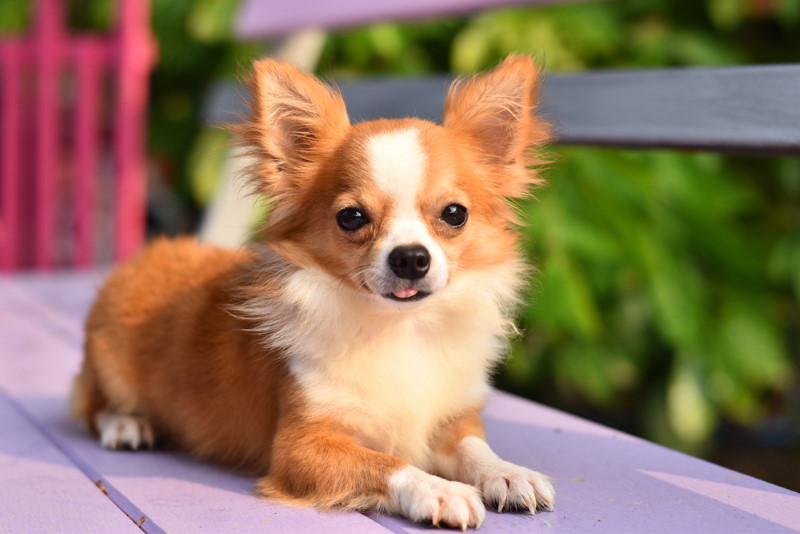 Weighing between 3 and 6 lb (1.5-3 kg) and standing a maximum of 9 in (23 cm) at the shoulder, the Chihuahua are though to have originated in Mexico, perhaps as early as 300 BC. Their hair is short, although can range from velvety to whiskery in touch. Thy can come in many colours, from pure black or white to mottled and splashed combinations of chocolate, tan and fawn, and have comparatively large triangular ears. They are very protective of their owners and are not really suitable pets for families with young children. Also, they do not mix well with other breeds of dog or cats. They can be very cute, though, often burrowing down into clothes hampers and blankets to make a den. 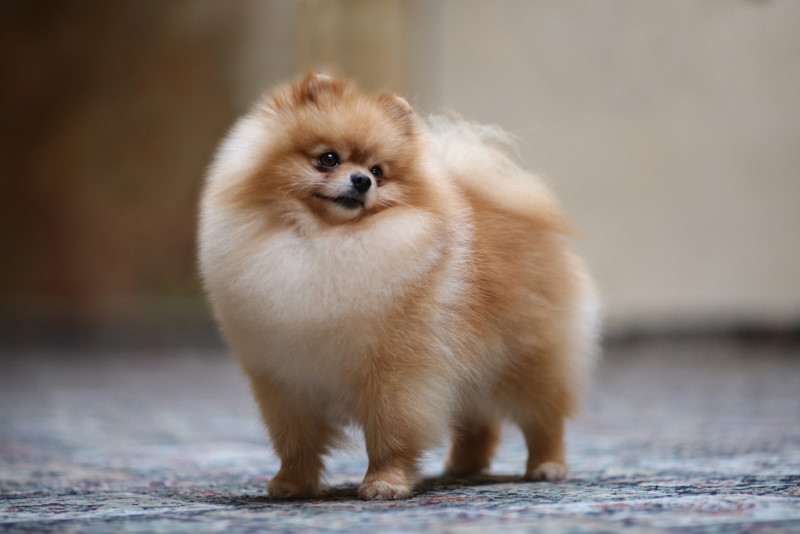 Not much larger than a Yorkshire Terrier, the Pomeranian is descended from larger ‘Spitz’ breeds of dog from Central Europe. It has a very distinctive coat, with a fan-like tail, a ruff of longer fur around the neck and back, and on the hind legs. The coat stands out – Pomeranians can look a bit like they’ve been through the tumble dryer! The bushy coat is thought to reflect their ancestors that worked in Arctic regions. Pomeranians become very attached to their owners, eager to spend time with them and quite protective. Their alertness to their environment can tip over into nervousness sometimes, so they need lots of reassurance – as you might if you were only around 8 in (20 cm) tall. 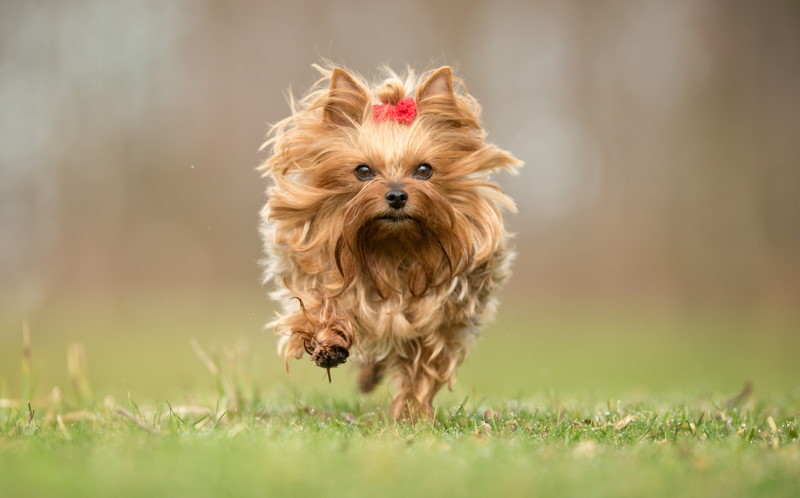 Yorkshire Terriers rarely tip the scale at more than 7 pounds (3.2 kg) but have big personalities to make up for their diminutive stature. Outgoing, intelligent and curious, the Yorkshire Terrier is very easy to train – although can bark a lot when excited. Bred in the north of England around the mid-19th century and have a silky, straight, grey, back and tan coat. This is typically parted down the centre of its back. Some owners clip the coat, but even then ‘Yorkies’ need regular brushing, as they don’t moult much naturally. 1n 1997 the first Yorkshire Terrier won the Crufts dog show for the first time. 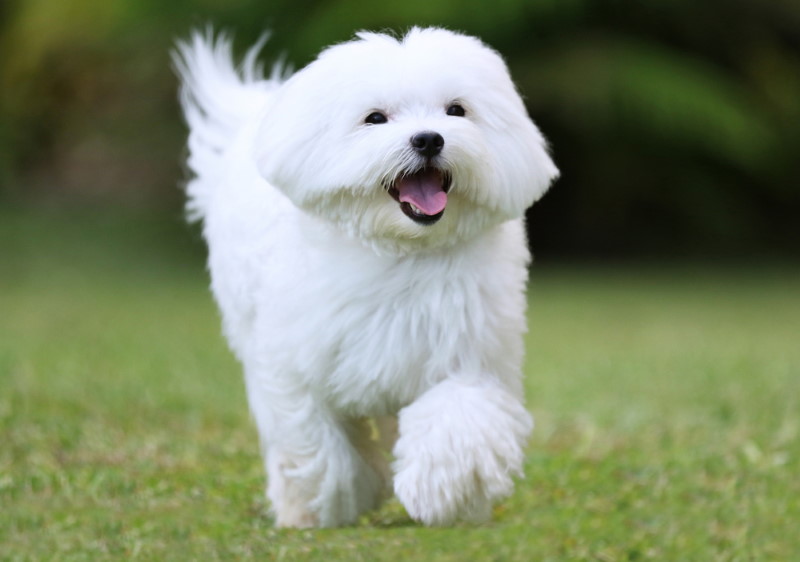 These striking white-haired canines can weigh as little as 3 lbs (1.3 kg) and stand between 7 and 12 inches at the shoulder. They are a toy breed and a member of the ‘bichon’ category of dogs, which means small, long-haired dogs that have tails that curl up over their backbone, and thought to have arrived in the Mediterranean from the East over 32000 years ago. Besides its tiny size, that most distinctive aspect of the Maltese is its coat. Bright white, it can grow very long, extending the look of the drooping ears and covering the animal’s feet. This makes the Maltese a popular show dog. In temperament they are energetic and companionable, although can be a little ‘snappy’ particularly around small children. Being so small, the Maltese gets lots of exercise indoors, even in a small house or apartment so are ideal pets for those living in towns and cites.