Imagine a dinosaur. You probably immediately think of a huge beast, such as a Tyrannosaurus Rex or a Supersaurus. But not all dinosaurs were that big. In 2020, scientists found the skull of the smallest dinosaur discovered to date in a piece of amber in Myanmar. The Oculudentavis khaungraae was about the size of a bee hummingbird, the smallest bird in the world at 5 to 6 centimeters, and was probably a real hunter after small insects. The next ten dinosaurs are a bit bigger, but are still among the smallest ever found.

Not much is known about this small dinosaur that is still unnamed. Only a cervical vertebra was found. Researchers have used this vertebra to figure out what the spine and silhouette of this dinosaur might look like. It is suspected that BEXHM: 2008.14.1 was a Maniraptora, a ‘hand robber’. 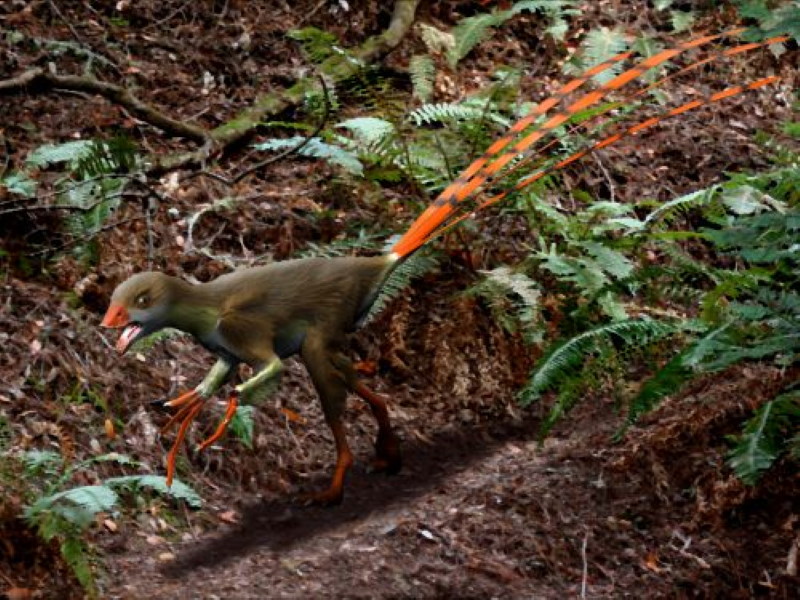 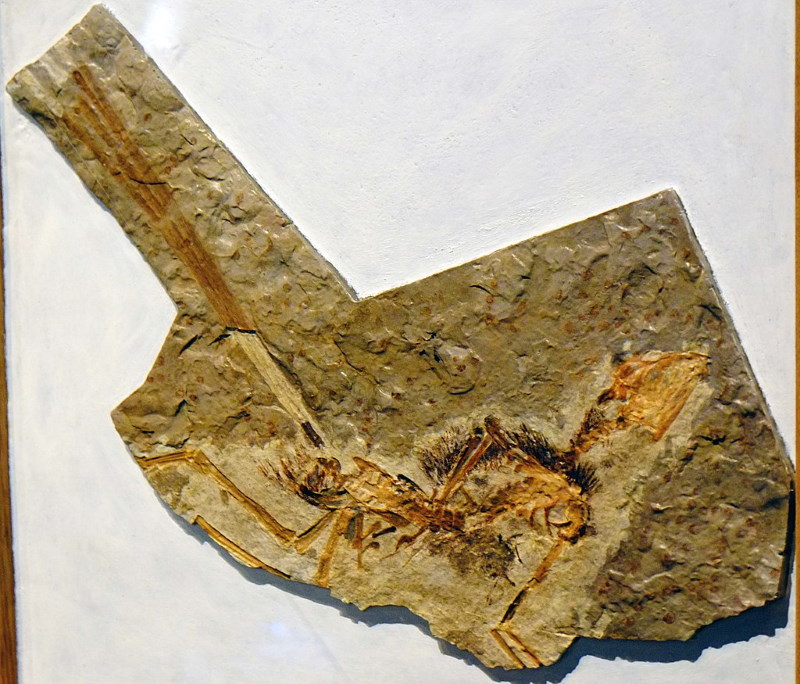 Epidexipteryx hui was the size of a pigeon and was first described in 2008. Epidexipteryx means “feathering” and “hui” was added as a tribute to Chinese paleontologist Yaoming Hu, who had recently passed away. This species probably had long tail feathers, but no beards were found. Researchers believe it was a bottom dweller who may have flown at some point, but later lost this ability. The tail feathers would have been preserved to impress the females. 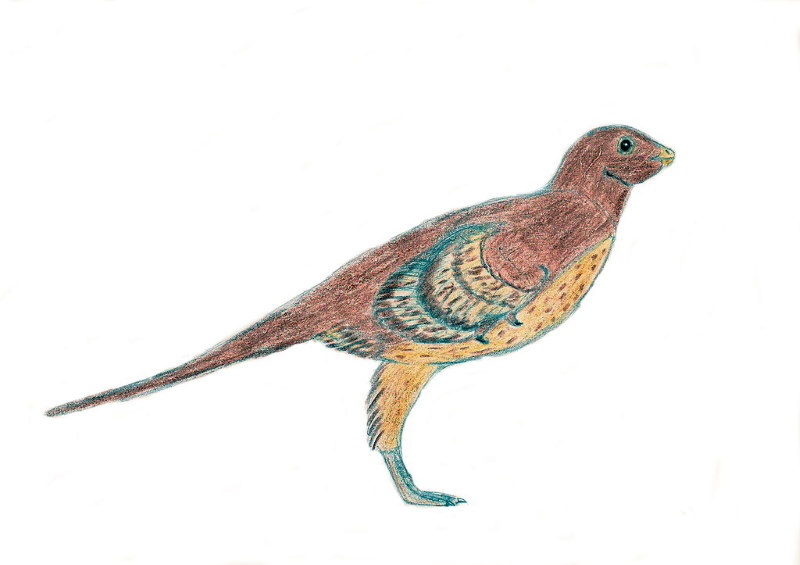 After the Yizhou Fossil & Geology Park bought this fossil from an illegal trader, the preparation was finally completed by a Belgian team who described the species in 2012. Eosinopteryx is a combination of two Ancient Greek and a Latin word, which translates as “dawn”, “Chinese” and “wing”. “Brevipenna” stands for “short firing pin”. This species lived in the area we now call China, during the late Jurassic. 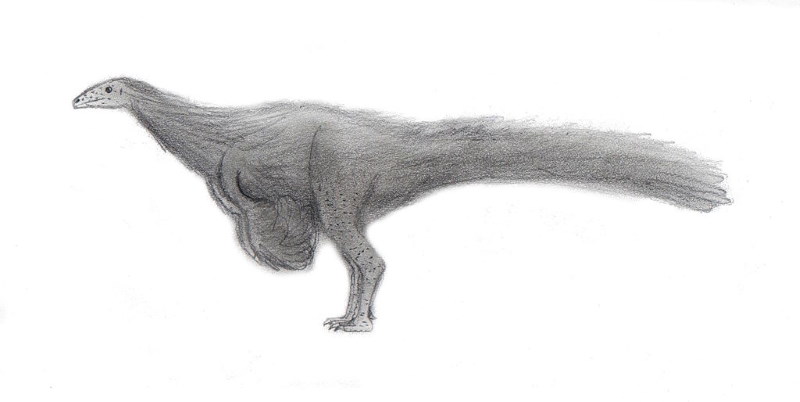 In 1996 parts of the skeleton of this small dinosaur were excavated at Kirkwood in South Africa. William de Klerk and Callum Ross found, among other things, a partial skull, vertebrae and legs. There were also twelve gastrolites, stones that are used for digestion. Nqweba is the name of the region where the site is located in Xhosa and “thwazi” means fast rider in this language. The Nqwebasaurus thwazi, like the Tyrannosaurus Rex, belongs to the Coelurosauria.

Three metatarsal bones, that’s the only evidence that has ever been found of the existence of this dinosaur. The American paleontologist Othniel Charles Marsh came across these bones and named the species Ornithomimus minutus in 1892. Minutus refers to the small size and means as much as “the tiny one”. Eighty years later, Dale Russell put a different label on the species: Dromaeosaurus minutus, and in 2000 this dinosaur was renamed again; George Olshevsky identified the species as Troodon minutus. What they did agree on was that it is a small theropod dinosaur.

It is also not easy to identify a possible new species from a single fragment of a bone known as BYU 2022. The genus Palaeopteryx is therefore considered a ‘nomen dubium’, a name that is questionable. . In 1970, the bone fragment was found during an expedition in western Colorado. In 1981 expedition leader J. A. Jensen named the species, but made a mistake in the identification. In 1989 he made a second attempt, together with K. Padian. 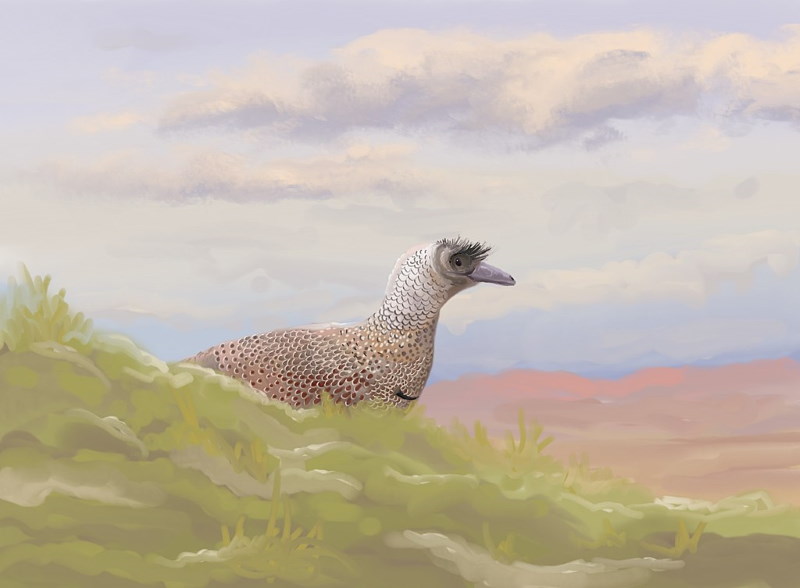 During the late Cretaceous Period, Parvicursor remotus was found in the area we now call Mongolia. In 1992, the first remains of this small theropod dinosaur, a partial skeleton with a missing skull, were found at Choelsan. Parvicursor means “little rider”. 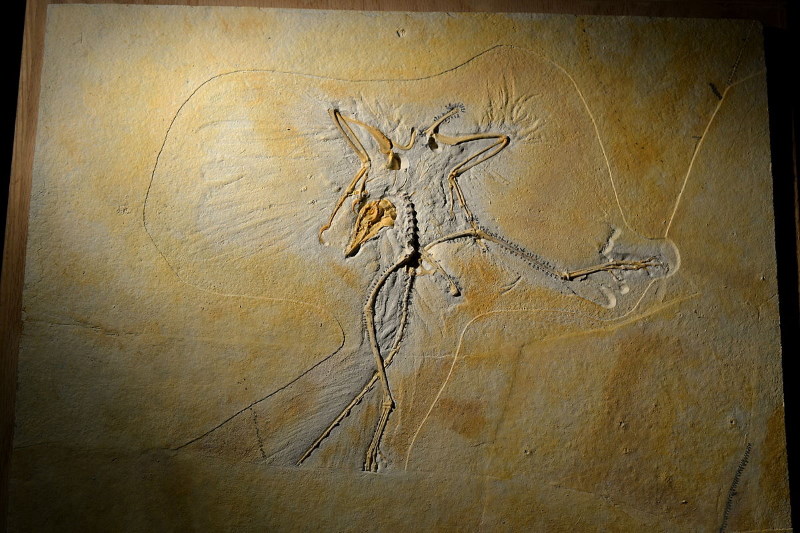 Archeopteryx, also called “the primeval bird,” lived in the late Jurassic region of what is now known as Germany. The fossil of a feather was described in 1861, and a skeleton of this dinosaur was found in modern-day Bavaria that same year. The feathered animal was somewhere between a reptile and a bird. Due to the lack of a muscular crest, Archeopteryx lithographica was probably not a high-flyer, but rather flew low above the ground, looking for insects. 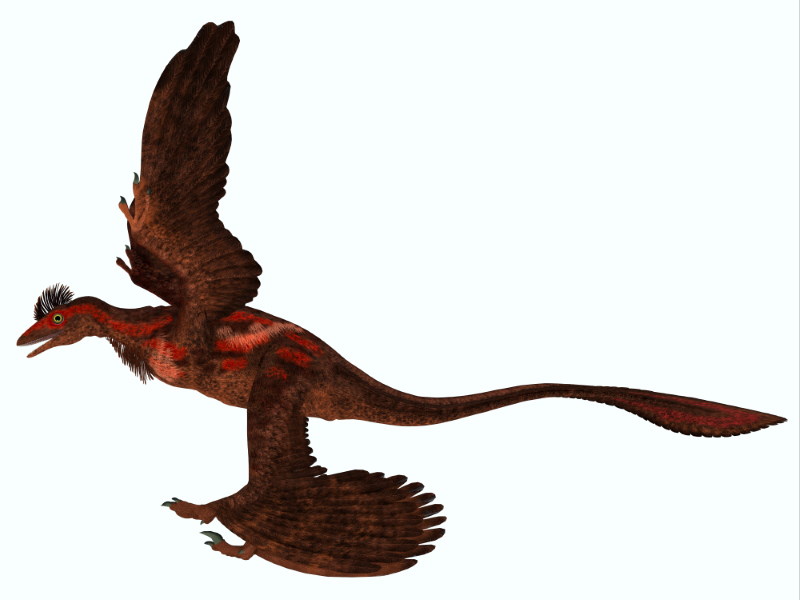 These tiny predatory saurs lived in the area we now call China. The species was only discovered after a minor scandal in the dinosaur world. In 1999, Stephan Czerkas bought a fossil called “Archaeoraptor” on the black market. It would be a special intermediate form, with both the external properties of dinosaurs and birds, but it turned out to be a forgery. Not intentionally, by the way, the bones were less than a meter apart and the finders were under the impression that everything belonged together. And an almost complete skeleton is of course worth much more. After investigation, however, it turned out to be at least three different animal species. The tail fossil came from the Microraptor. Hundreds of specimens have since been excavated, many of which are very well preserved thanks to volcanic ash. In some Microraptors the plumage can still be seen and even the last meal is still visible in the abdominal cavity in some fossils.

The fossil of Xixianykus zhangi had been waiting to be discovered in China’s Henan province since the late Cretaceous. The spine, pelvis and parts of the hind legs were found here. In 2010, the genus was named and described by Xi Xing, who made a contraction of Xixia district and a derivation of “onyx”, or “claw”. Given his relatively long legs combined with short thighs, Xixianykus was probably a fast runner who fed on insects.

Top 10 Fastest Mammals in the World

Top 7 Largest Octopuses in the World