The comic book industry can be an unforgiving place. With hundreds of new series launched each year, it’s often hard for a new title, relaunch or creative team to stand out on cluttered comic book store shelves. Consumers are an understandably fickle bunch and it takes more than a big-name writer or the backing of DC or Marvel to keep them interested. Some of these short lived comic book series weren’t given enough time to really get going and make their mark, while others just never found a sizeable audience. However, many of them were critically acclaimed and are still fondly remembered (and mourned) by fans. 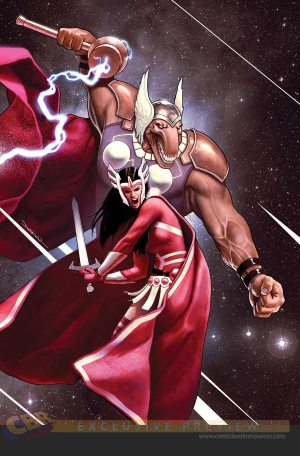 Comic book fans who bemoan the industry’s lack of strong, female-centric titles need look no further than Kathryn Immonen’s run on Marvel NOW’s Journey into Mystery. Well, at least they could have done if the series hadn’t been cancelled after 9 issues. Lady Sif was finally given her own series to prove herself as the ass-kicking Asgardian warrior we all knew her as without having to worry about being stuck in Thor’s shadow for a change. Immonen’s work was a lively but sadly all too brief take on the fantastical world of Asgard complete with action, space opera drama, big monsters and a fun supporting cast (even Beta Ray Bill makes an appearance). 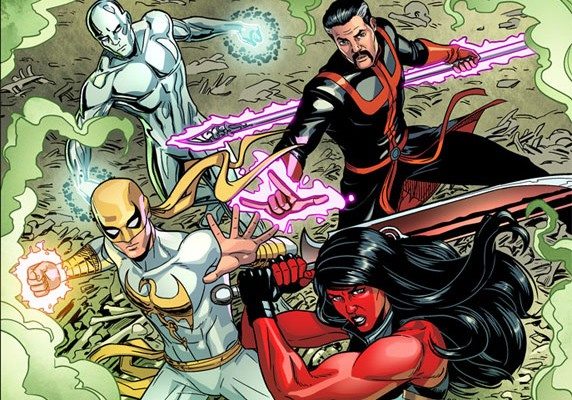 Arguably the only good thing to come out of Marvel’s Fear Itself crossover event was Matt Fraction’s relaunch of the Defenders. Fraction wasn’t afraid to embrace the weirder cosmic side of things (which was fitting for his roster of oddballs like Doctor Strange, Namor, Iron Fist, Silver Surfer and Red She-Hulk) but he also set fans a pretty big promise when he declared that his run would offer up an explanation for everything that ever happened in the Marvel universe like a big “Marvel Grand Unification Theory”. Sadly, the series was cancelled at issue 12 and Fraction rushed to wrap things up just as the building blocks of his very different superhero team up series were really starting coming together. 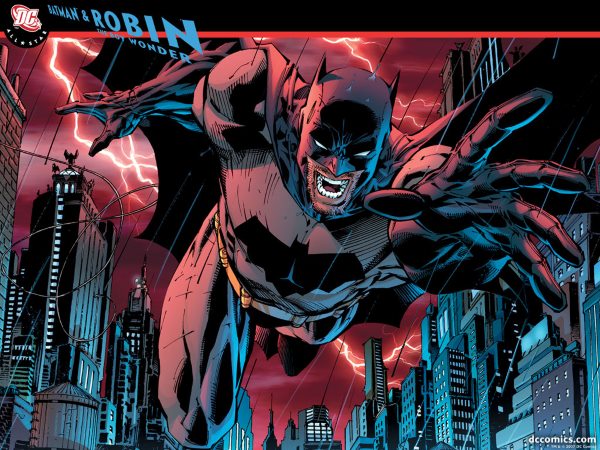 Frank Miller’s return to Gotham with his fresh take on the “goddamn Batman” was widely panned by critics and fans for its seriously gritty and sadistic take on the character. However, some have defended the series’ forced edginess as Miller basically parodying a movement in the comic book industry that he had helped create in the late 80s. Nevertheless, the series was a big seller and when the severely delayed first volume ended with issue 10 in 2008, DC announced that Miller and artist Jim Lee would finish their run with the six issue Dark Knight: Boy Wonder. However, despite Lee’s insistence that the series hasn’t been cancelled and that both he and Miller have just been busy on other projects (which to be fair, they both have) it seems unlikely that DC will return to this hugely controversial and contentious take on Batman and Robin. 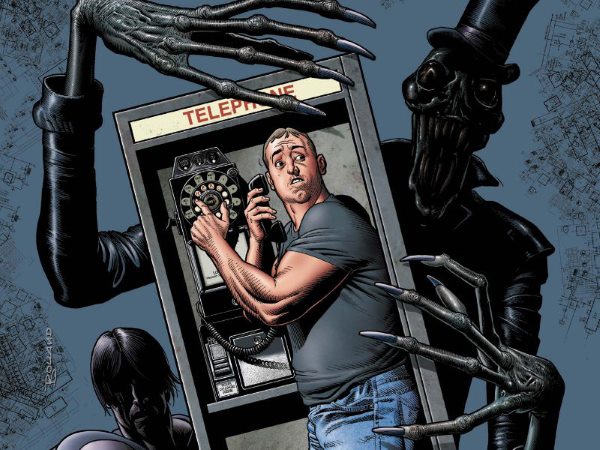 Dial H was one of several series which suffered as a result of DC’s New 52 revamp. When Wildstorm and Vertigo were folded into the DC universe, titles which could have done well under the ‘alternative’ banner of the former imprints were thrust into the daunting world of established, big name superheroes. During the ‘Second Wave’ of new 52 titles, fantasy sci-author China Mieville was tasked with reviving Silver Age series Dial H for Hero. The comic revolved around a mysterious phone booth which has the power to transform those who step inside into a random and often bizarre superhero for a short period of time. The new series took this inventive concept and expanded the scope, delving into the mystery of the booth and introducing other ‘diallers’. Dial H made no excuses for being deliberately confusing at times and sales figures soon suggested that readers had other comics to sample from the New 52 brand rather than stick around to see what happened.

Jack Kirby’s the Fourth World series from 1971 was a hugely influential contribution to DC’s cosmic universe. Essentially creating a new mythology with the introduction of of the Gods of New Genesis and Apokolips (as well as the first appearances or fleshing out of characters like Darkseid, Metron and the Highfather), the scope of Kirby’s story was a testament to his boundless imagination and raw creative talent. Unfortunately, his epic wasn’t given the opportunity to be fully realised as DC cancelled two of the three series related to the new universe (The New Gods and The Forever People) when they had both reached eleven issues. DC relaunched the series in 1977 without Kirby’s involvement but it was again cancelled during the ‘DC Implosion’ of 1978. Kirby then was given the opportunity to close out the saga when it returned in the mid 80s, but the project was met with editorial interference and DC refused to let him kill off the characters. 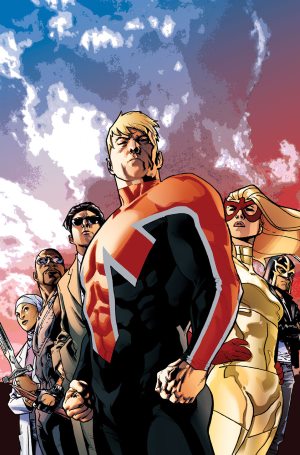 Revamped to tie-in with Marvel’s Secret Invasion event of 2008 (and spinning off from the New Excalibur series), Paul Cornell’s take on Captain Britain and other mostly forgotten about Marvel UK characters was a fresh and inventive superhero team up. The anglocentric comic was well-received by fans and critics who thought the fantasy, magic-based setting with ‘new’ characters was a breath of fresh air in the Marvel Universe, but sales began to plummet after the Secret Invasion tie-in finished and most readers returned to their more recognisable superheroes titles. Only 15 issues were published before the series was cancelled, although Cornell was given the opportunity to wrap things up in the way that he originally intended. 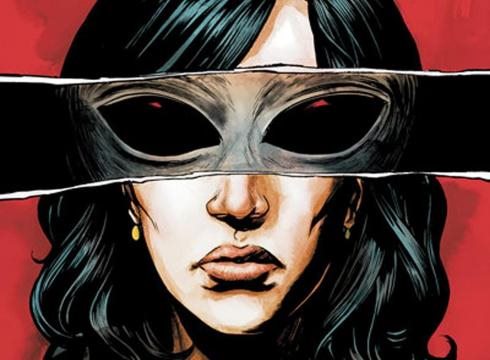 Saucer Country was another short-lived Paul Cornell series which didn’t get the tenure that it deserved. Pitched as “West Wing meets the X-Files”, the series mixed the worlds of politics and sci-fi to surprising effect. When the Governor of New Mexico (and Democratic presidential candidate) Arcadia Alvarado is abducted by aliens, she struggles to remember the events of what really happened that night and strives to uncover the mystery around her extraterrestrial encounter. Cornell took a surprisingly grounded approach to the central premise as he juggled the intriguing political setting while also paying respect to UFO mythology and folklore, but Saucer Country took time to find its feet and tone. The series only lasted an unsatisfactory 14 issues before publisher Vertigo pulled the plug. 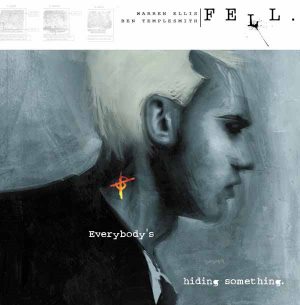 Fell is the type of comic that cult British writer Warren Ellis does best. The dark series follows homicide detective Richard Fell after he is transferred to the fictional urban hellhole Snowtown and tries to make an impact on turning the hopeless inner city around. Ellis experimented with the comic book format and each issue acted as its own self-contained story. Fell was also conceived as a more affordable comic-buying experience because it had a lower page count and more panels crammed into each page. Ellis had found the perfect creative partner with artist Ben Templesmith who provided the series with some stylish, atmospheric noir artwork and the pair were clearly building their own weird, mysterious little world in Snowtown. However, although it suffered from a maddeningly sporadic release schedule and only 9 issues were released, Fell wasn’t actually cancelled. In 2008, Ellis lost a substantial amount of scripts thanks to a catastrophic computer crash and no new issues have seen the light of day since. 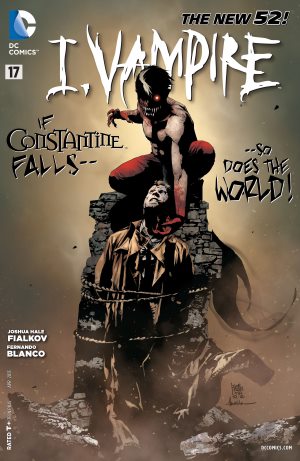 I, Vampire was another old series from DC’s past which was dusted off and relaunched for the New 52. Revisiting the original premise from the House of Mystery comics from the early 80s, the new series by Joshua Fialkov again centred on atonement-seeking vampire Andrew Bennett as he tried to stop his ex-lover Mary from taking over the world – and eradicating humankind in the process – with her vampire army. Fialkov injected some much needed creativity into the vampire mythos and some striking artwork from Andrea Sorrentino made sure that this was one vampire love story worth reading. However, like Dial H for Hero, I, Vampire didn’t neatly fit in with the rest of the DC universe and even the appearances of Batman and Justice League Dark weren’t enough to draw new fans to the series. Fialkov was given the opportunity to wrap up the story after the comic was cancelled, but it was over all too soon. 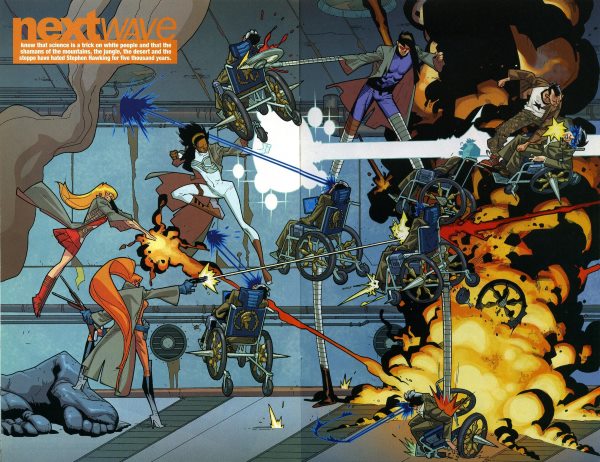 An unapologetically silly and spoofy take on the Marvel universe, Nextwave – Agents of H.A.T.E was an affectionate love letter to the awesomeness of comic books. Ellis described the madness of this Z-list superhero team up “as an absolute distillation of the superhero genre” and packed the limited 12 issue run full of ridiculous action, twisted humour, nonsensical plot and some pretty mindless characters. The series even had its own theme tune! Marvel placed Nextwave on an open-ended ‘hiatus’ after issue 12 in 2008, but it seems very unlikely that Ellis and artist Stuart Immonen will ever get a chance to return .