Superhero domination at the box office has helped comic book TV shows enjoy new levels of success on the smaller screen. Marvel and DC heavyweights have appeared in the likes of Agents of SHIELD, Gotham, The Flash and Arrow to name a few, and even less superheroic fare like the Walking Dead has managed to pull in huge viewing figures. However, this hasn’t always been the case. Many TV shows inspired by comic books have failed spectacularly and fans of the characters would rather believe that that the adaptations never existed in the first place. 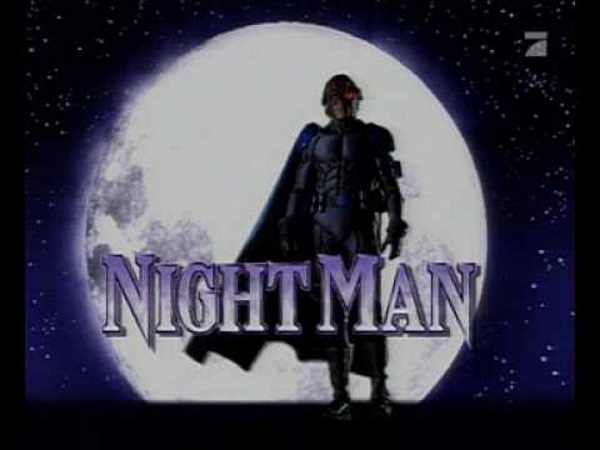 Night Man was a late 90s TV show based on an underwhelming superhero from Malibu Comics (later bought out by Marvel). The series follows Johnny Domino, a jazz saxophonist who is gifted the power of telepathy when he is hit by lightning. Domino could hear evil thoughts and used an advanced special bodysuit which allowed him to fly, turn invisible and shoot laser beams to fight bad guys. Night Man was a seriously odd superhero show which suffered a drastic reworking when the production moved to Canada for the second season and killed off pretty much the entire supporting cast of characters as a result. Nevertheless, the show did manage a pretty respectful 44 episodes before it was cancelled because of declining ratings.

aquaman.101.unaired.pilot-ac (1) from Kelvin Lee on Vimeo.

Aquaman has always been a staple character of the DC Universe, even though his water-based powers have been something of a running joke among comic book fans. Nevertheless, the character proved to be so popular when he was introduced in a one-off episode in CW’s Superman origin series Smallville (the episode was the highest rated of the season) that showrunners Miles Millar and Alfred Gough tried to give him his very own show. A pilot episode was produced and although the series was not intended to be a Smallville spin-off it still retained the teeny, light tone of its big brother show. The pilot received considerable buzz and Gough and Millar (along with the cast) were confident that Aquaman would receive a full season order, but CW unexpectedly passed on the show.

Wonder Woman was another DC character whose planned TV show failed to get past the pilot stage, but unlike Aquaman it was really no big surprise when it failed to get picked up by the network. David E. Kelley, the mastermind behind legal-based shows like Ally McBeal, The Practice and Boston Law, reimagined the Amazonian princess as a busy, career-minded young woman who was trying to ‘have it all’ as she balanced her vigilante superheroics with her professional life as a corporate executive. Unsurprisingly, the modern twist didn’t appeal to fans of the character and the never-aired pilot (which was leaked online) showed off inept action sequences, a goofy costume and an uneven tone.

Gothic thriller The Crow proved to be a successful comic book movie hit at the US box office when it was released in the summer of 1994. Although lead actor Brandon Lee died during filming in a tragic on set accident, the comic’s central premise – a supernatural crow which has the power to resurrect the dead so they can achieve vengeance against the living who wronged them – allowed for different actors to step into the role for some disappointing sequels as well as a short-lived Canadian TV series. Stairway to Heaven was another take on the original comic and again revisited the central character of Eric Draven, this time played by Mark Dacascos. Although it was much ‘lighter’ and more angsty than the movie (it was network TV after all), fans and critics enjoyed the series as it expanded on the mythology and gave the story more of a supernatural bent. However, the show was cancelled when Universal bought out its production company Polygram. Producers had planned a TV movie to wrap up the cliffhanger ending of the final episode but it never materialised. 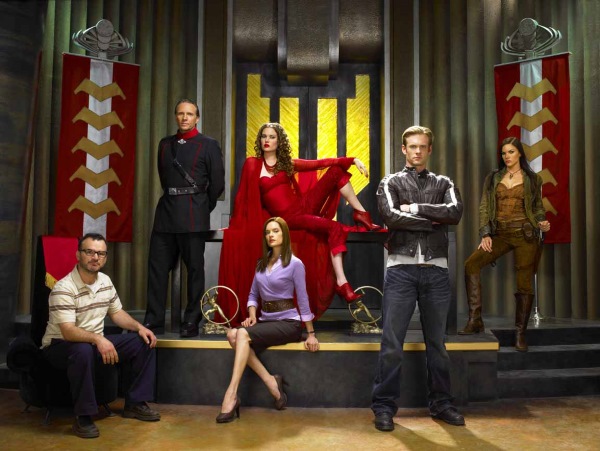 Pulp comic series Flash Gordon was a popular sci-fi serial when it was first released back in the 1930s. The character appeared in a fairly popular TV show during the 1950s and had a string of animated adventures, but most people probably remember Flash Gordon from the silly 1980 movie which featured an unforgettable Queen soundtrack and lots of campness. In 2007, the Sci Fi channel announced that they were giving the all-American space hero a fresh spin for modern audiences. Sadly, early episodes spent far too much time on Earth without hinting or properly embracing the cosmic potential and weirdness that the series was best known for. Sci Fi quietly cancelled the disappointing show after only one season. 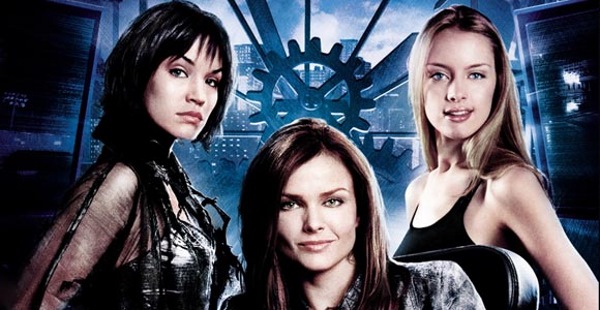 With the success of Smallville under their belt, the WB network turned to the Batman universe for more TV show inspiration. Set in a futuristic Gotham which has been seemingly abandoned by its Dark Knight protector, Birds of Prey featured a new generation of female vigilantes headed by Oracle. The show had a confusing, muddled backstory which made it hard for new viewers to get on board but at the same time it also took far too many liberties with the Bat-mythos for fans to accept. Birds of Prey was cancelled after its ratings nose dived and only 13 episodes were produced. 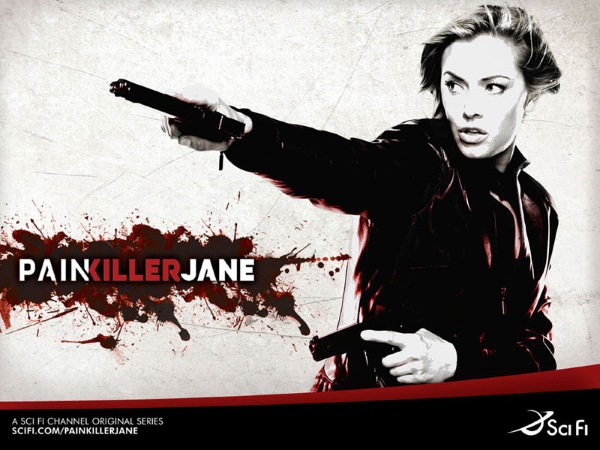 Painkiller Jane was another failed comic book adaptation effort courtesy of the Sci Fi channel. Loosely based on the comic series of the same name, Jane was changed from a cop who becomes a vigilante after she mysteriously gains regenerative super powers into a DEA agent who joins a shadowy government team tracking down dangerous neurologically-enhanced humans. Critics didn’t warm to Painkiller Jane and remarked that it felt like a cliched rehash of much better sci-fi properties. The show was cancelled after one season. 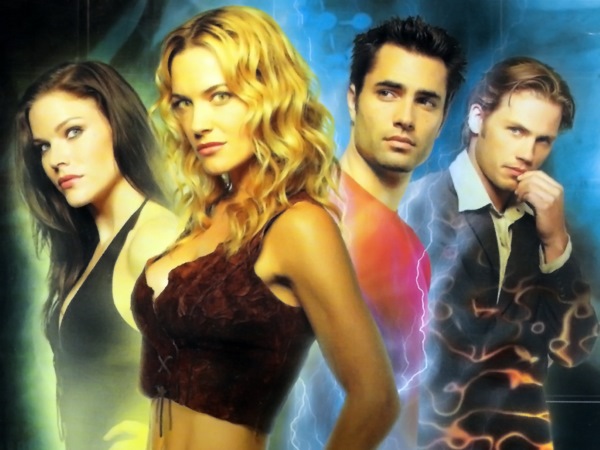 Hot on the heels of the success of the X-Men movies, Marvel eyed their mutants for TV success. The problem was that they had sold the live action X-Men rights to Fox back in the 90s and the studio wasn’t happy that Marvel (along with production company Tribune Entertainment) had a syndicated show in production which was going to ride on the coattails of their popular movies. Back and forth lawsuits entailed between all companies involved. Fox claimed that the premise – which followed a group of government test subjects who had had their DNA experimented on so they received superpowers – was too similar to X-Men and Marvel countersued claiming that the two weren’t connected and Fox were blocking the production. The matter was eventually resolved but Marvel had to make changes to the show to make sure it kept its distance away from their own comic book series. In fairness, Mutant X did run for three series before it was unexpectedly cancelled, but it’s hard for comic book fans to look at the show and not feel a little disappointed that one of Marvel’s most popular titles didn’t get the TV treatment it deserved. 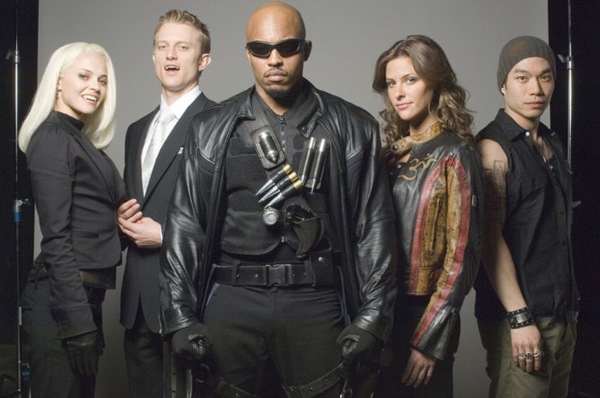 The popularity of the Blade movie in 1998 was a pretty big surprise for everyone involved. Blade was the first character to be licensed out by Marvel Studios and the success of the R-rated action/horror helped usher in a new age of comic book movies which were more grounded in reality than earlier efforts from the genre. Following the release of Blade:Trinity, Showtime announced that they were continuing the adventures of the vampire hunter on the smaller screen and Wesley Snipes was attached to star. However, Snipes ultimately backed out and Showtime ceased production. In 2005, Spike TV announced that Blade was to be their first scripted TV series and they had ordered 11 episodes with rapper Kirk “Sticky Fingaz” Jones playing the titular daywalker. The pilot episode received strong ratings but interest in the show dwindled over time and Spike neglected to pick Blade up for a second series. 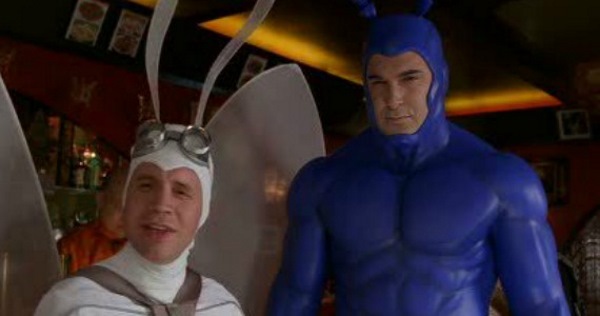 The Tick animated show was a cult hit which brought the weird world of the funny comic character to a mainstream audience. Fox sought to capitalise on their animated success with a live-action series which would be a bold and very different type of comedy show for their primetime midweek programming. Despite a strong cast (with Patrick Warburton perfectly cast in the titular role) as well as the involvement of creator Ben Edlund and writers from the animated series, The Tick failed to win over audiences with it’s niche, weird slice of superhero comedy. The Tick lasted eight episodes (nine were shot) before it was cancelled by Fox. Warburton later blamed the network of mismanaging the series and not giving it a proper chance because of its high budget and offbeat premise.