From escorts with a softer side to working girls from the wrong side of the tracks, here are ten of the sexiest hookers to be seen on the silver screen.

Cookie, a black prostitute in hot-pink hot pants, takes the ‘hooker with a heart of gold’ concept to new extremes when she offers a writer (Woody Allen) a freebie to lower his chronic stress levels. Played by Hazelle Goodman, Cookie takes interest in the writer and helps him restore focus with sass and sexiness.

9. Barbara Hershey in The Last Temptation of Christ (1988)

Everyone knows about the prostitute Jesus kept by his side, but many religious epics prefer to play down the role Mary Magdalene had in Jesus’ life. Not one to do things by tradition, Martin Scorsese cast Barbara Hershey as Magdalene in his ‘alternative’ take on the bible in The Last temptation of Christ, and nabbed considerable controversy for scenes which depict the child of God marrying the biblical hooker and consummating their union.

Morally upright and emotionally uptight circus performer Irmy falls in with a group of friendly prostitutes and soon discovers that being desired by someone so much they’re willing to hand over all their money is enough to give the game a whirl. In fact, Irmy’s talents as a professional sword swallower earn her an A+ review from her very happy first client. Mia Farrow’s stunning portrayal is flawless, but then who wouldn’t want to watch a woman with those particular set of skills?

When alcoholic Ben meets beautiful prostitute Sera in the city of sin, they strike up an unconventional relationship: she can’t ask him to curb his drinking and he can’t fault her for her job. Elizabeth Shue’s portrayal is so resonate because of the character depth and the unapologetic pride she takes in her work, but Leaving Las Vegas is by no means an easy watch. However, seeing Shue embrace her darker side is something most kids from the 80s will find hard to turn down.

Kathleen Turner’s brilliant turn as energetic whore China Blue in Ken Russell’s bizarre, black psycho-sex comedy is studded with great lines and an unmatched enthusiasm. With Anthony Perkins as the deviant priest who carries a bag full of sex toys, the film stands as a perverse milestone of the hooker movie genre.

A movie made infamous by Tom Cruise’s underwear dance, Risky Business is also host to one damn fine prostitute. Lana, played by Rebecca De Mornay, is a hot blonde bombshell who rocks the world of Joel Goodson (Cruise) when she takes his virginity. After a series of hilarious twists, Joel fulfils every man’s dreams when Lana falls in love with him and he joins the business himself.

A ridiculously beautiful LA street girl (played by Julia Roberts) gets swept off her feet by an asset-stripping executive (Richard Gere) whose forbidden love for her triggers a major change in his corporate character. A seminal film that opened the floodgates for hit R-rated comedies, the film caused huge controversy over Roberts’ glorified portrayal and the fairy tale treatment of prostitution. The most well-known hooker in history and possibly Roberts most iconic role to date, it’s hard to downplay the cultural impact of this sexy street walker. 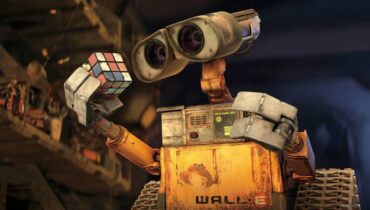 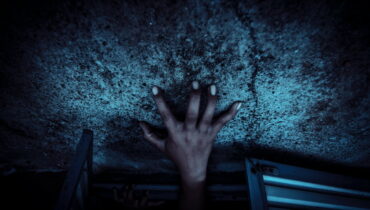