Humanity has always been fascinated with the unknown and, perhaps more importantly, how we’ve doomed ourselves. Here are ten theories which will probably keep you up at night.

The Terror Management theory proposes that we as a species have a desire to live, but we also realize that death is inevitable. This is a trait believed to be unique to humans. Therefore, anything and everything mankind has achieved beyond basic survival has been motivated by the fear of non-existence. As a result, any cultural values – such as religion, national identity, posterity and human superiority – offer symbolic immortality. In the grand scheme of things, nothing matters as we’ll all be dead, but no one wants to face the stark reality of it all.

The basic points of the Fermi Paradox are as follows: the Sun is a typical star that is fairly young and there are billions of stars, billions of years older. With high probability, lots of these stars must have Earth-like planets, some of which could, and should, have developed life. Some of these would then have developed interstellar travel, like we are investigating. Even with slow interstellar travel, the galaxy could be colonised in a few tens of millions of years. According to these statements, Earth should have been colonised or at least visited by colonists at least once – evidence of which no one has discovered. This paradox has unsurprisingly led to a huge variety of other theories. One states that Earth is nothing more than a zoo for higher level beings, but more scary is the idea that the beings are present but choose not to show their existence and simply observe, waiting for our inevitable destruction.

Similar to heat/cold death, this theory deals with all life as we know it coming to an end – but much more suddenly. This hypothesis states that our universe is only existing in a false state; comparable to a bubble forming in a pot of boiling water, and it could burst at any moment. Even though we have been in existence for billions of years, this is not the true vacuum state. Being very unstable, high enough energy transmissions, or even just random chance, could trigger the event in which we’d no longer exist. Many fear that particle accelerators, such as the Large Hadron Collider, will eventually exceed the energy given off in naturally occurring cosmic ray collisions and cause our bubble to pop. 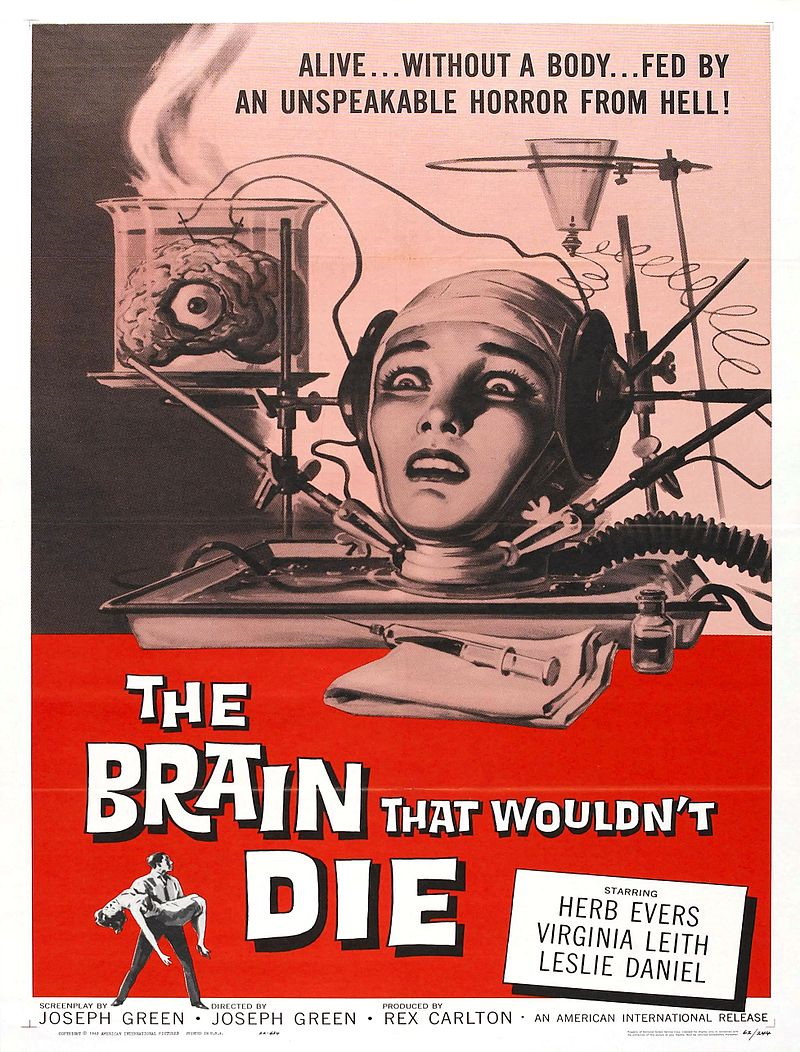 An update of Descartes’ ‘Evil Demon’ theory, ‘Brain in a Vat’ suggests we are living in an artificial environment. It outlines a scenario in which either a mad scientist or a highly intelligent machine (similar to ‘The Matrix’) has removed a person’s brain from their body, suspended it in a vat of life-sustaining liquid and connected all neutrons to a supercomputer. The computer supplies all electrical impulses identical to normal brain waves and simulates a false reality. There is also another take on being in a vat: it is possible there is no external supercomputer, but your brain is lacking stimuli so, out of boredom, it is hallucinating your life to keep it entertained. 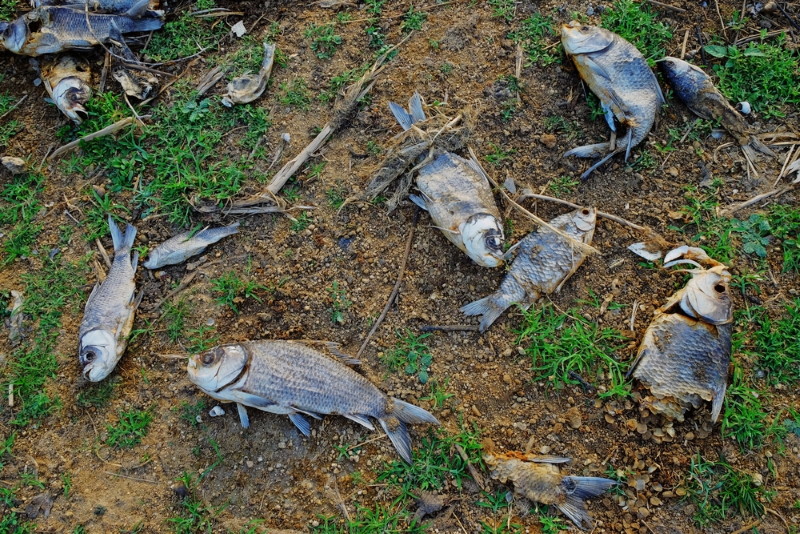 Many biologists believe that we are living through what will become the sixth mass extinction the world has ever seen. Most modern scientists believe humans have existed for approximately 200,000 years, based on fossil records. It wasn’t until around the 1800s until the population on Earth exceeded 1 billion people, after thousands and thousands of years. In just over 200 years, the population is now at a staggering 7.2 billion. It’s at the point where we are now growing at a rate of 1 billion people every 13 or so years. This will only increase with the advancement of medicine, allowing for longer life spans. Although this may seem good, this sudden exponential growth will have long lasting negative effects until we eventually tip the scale and cause an event which triggers an extinction. After all, the population is already over-consuming and other species are slowly becoming extinct. This will happen much more rapidly as our population approaches 11 billion. The real question then becomes not *if* we run out of resources, but *when*.

The Great Filter theory is along the same lines as the Fermi Paradox. Despite our desire to find extraterrestrial life, we have found no concrete evidence that aliens have ever visited Earth. Nor have we received any transmissions from other civilizations. Economist Robin Hanson states that a civilization’s next step, once the technology arose, would be to colonise the neighbouring stars and other galaxies in order to survive. With a seemingly endless universe, it seems extremely unlikely that we’re the only beings to exist. It has been theorised that somewhere between pre-life and the ability to colonise the stars, the Great Filter steps in to stop them and end life. Therefore, humanity fits into one of three possibilities:
Unlike any civilization to ever have existed on other planets, we’ve passed the Great Filter
We’re the first civilization to ever exist, and are on our way to colonising the stars
We haven’t hit the Filter yet
If the third is true, then finding multicellular life on Mars would be bad news as it would certainly mean the Great Filter is ahead of us, and not behind.

Quantum suicide/immortality revolves around the idea that we never truly die. The proponents of the theory suggest that every time we face death, another version of ourselves survives in a parallel universe where something happens to prevent our doom. Excluding life after death, there is no way for us to have experienced being killed, so the only possible experience is the one of us surviving. The theory states that any survival outcome with a non-zero chance of occurrence will be a means to survive. This theory has been touched upon quite often in sci-fi in order to bring back characters from the dead. In the hit sci-fi show ‘Fringe’, the main cast finds themselves transported to an alternate reality where all their co-workers are still alive. So the next time you have a brush with death, maybe you weren’t so lucky after all… 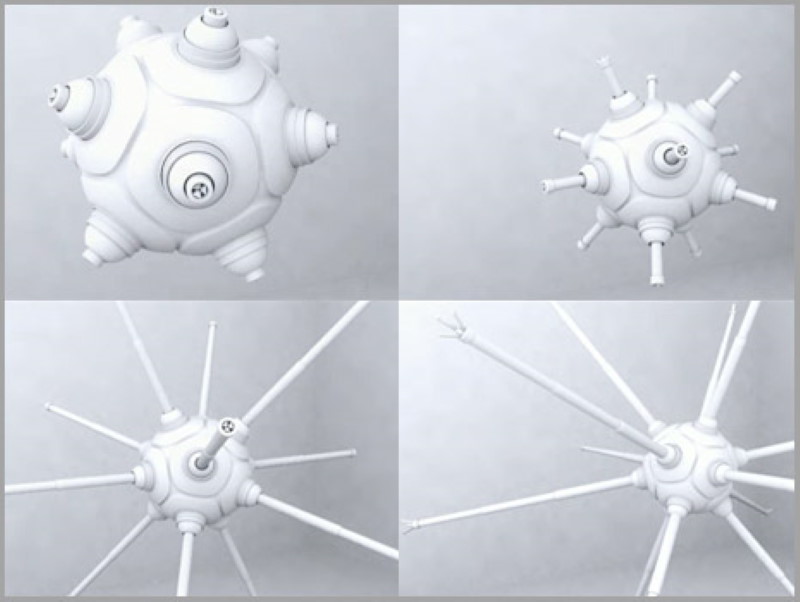 Nanobots have been the work of science fiction for decades, with scientists aiming to cram the most of amount of technology in the smallest package possible. In comes the theory of foglets, inspired by Doctor John Storrs Hall. He theorised that we will one day create robots with artificial intelligence who will be microscopic. On top of this, they will be able to reconfigure themselves as well as self-replicate from material around them. Each foglet, with its enormous processing power, will be able to communicate with one another and share data as well as link together to form a fog of robots. On a long enough timescale, the foglets could span the entire universe. However, what happens if they mutate or get infected with a malicious virus? These foglets could get out of control and turn against humanity. It is even possible they could surround the Earth, destroying all life, and become nothing more than a self-replicating fog with its only function being destruction and reproduction. This technology is not even that far off: one prediction suggests we’ll have it by 2045. 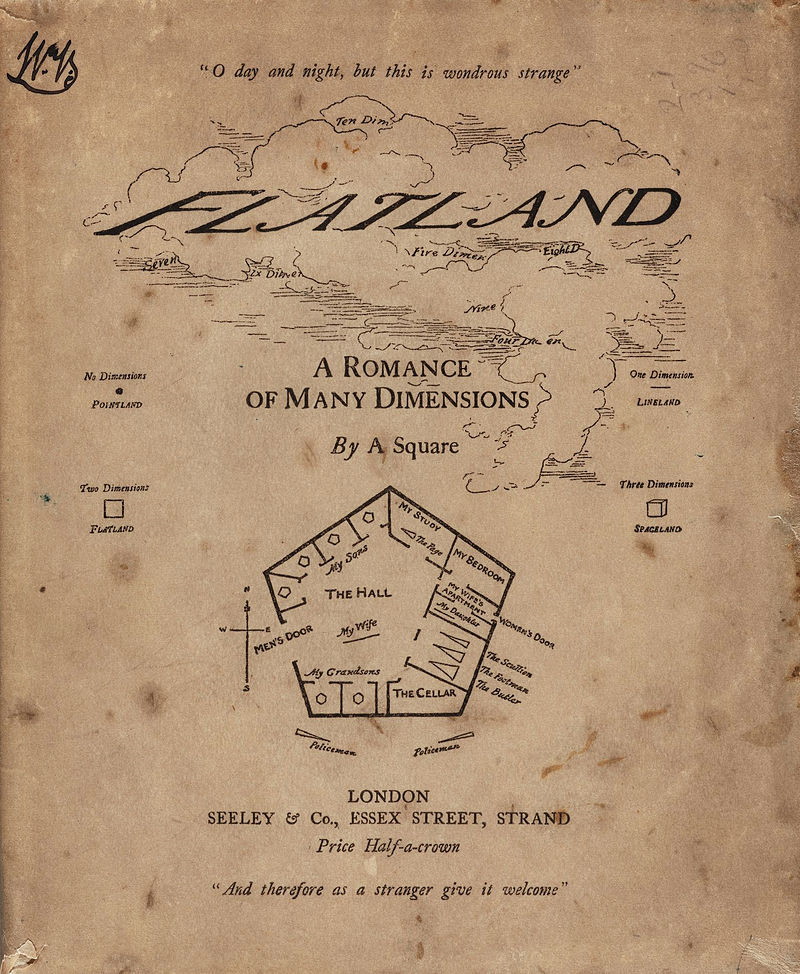 Edwin Abbott Abbott wrote about the idea of a ‘Flatland’ in his 1884 satirical novel of the same name. In this completely 2D land, the inhabitants only know about moving forward, backwards and side to side, but have never heard of up or down. Living their life, they couldn’t comprehend how somebody could be looking down at them from the third dimension. During the story our narrator, the square, is visited by a 3D sphere from Spaceland. He educates the square on this other dimension and asks him to spread the news to the other inhabitants (all who reject it as insanity). However, more importantly, he tries to convince the sphere of the possibility of a fourth dimension that his own people can’t see, and even a fifth, sixth, and so on. Applying this theory to our own existence, there is a possibility that a 4D person exists on such an angle we’ll never be able to see.

Roko’s Basilisk is based on an all-powerful artificial intelligence who rises to power. The AI, after assuming control, will retroactively punish anyone who did not assist or acted against its existence. The AI is described as not malicious or evil, but rather as the friendly one who humanity has strived to create. When the AI comes to fruition, it will be a great benefit to society. Therefore, every day it does not exist is one further day humanity will suffer. As a result, the only logical step would be to punish those who did not help, as a moral imperative. Even worse, merely knowing about the Basilisk – which you now do, from reading this article – puts you at risk of punishment. We apologise in advance.

Top 10 Strongest Kids in the world