One of the best-selling music artists worldwide, Robert Peter Williams- or ‘Robbie’ to his fans and ‘Daddy Windings’ to his baby daughter- is an artist like no other. A ‘Take That’ member who conquered the music industry as a solo artist, this songwriter, actor and singer is an incredibly prolific artist and there is no conceivable list of Top 10 songs that will do justice to his achievements.

The following is a short list of his most treasured songs, yet one should bear in mind that to most Robbie Williams fans, all his songs are equally important and precious.

His third album, ‘Sing When You’re Winning’, released in 200, features that year’s fourth bestselling song in the UK, ‘Rock DJ’, best known for its controversial video, for which Robbie won an MTV Music Award for Best Special Effects. In short, Robbie strips down to the bone to impress a DJ in this music video. It became a platinum song in the UK and Australia, and was awarded the ‘Best Song of 2000’ at the MTV Europe Music Awards.

Perhaps best known for having featured on the soundtrack of the film ‘Bridget Jones: The Edge of Reason’, ‘Misunderstood’ was released on Robbie’s ‘Greatest Hits’ compilation. Robbie stated at one point that he was inspired by Edward Scissorhands’ character when writing this song.

Having been written in collaboration with Ray Heffernan and Guy Chambers, Williams’ released his ‘Angels’ song in single format in 1997 and it has since become his bestselling single. It had previously been released as the fourth single on his debut album, ‘Life Thru a Lens’. He is said to have dedicated this song to his aunt and uncle.

Several artists were involved in the writing of ‘Come Undone’, the second single on Robbie’s ‘Escapology’ album released in 2003, such as Ashley Hamilton and Daniel Pierre. It was overshadowed by Robbie’s previous single ‘Feel’; however the controversial video to this song kept it on the charts for weeks. He once stated he got his inspiration for the song due to an embarrassment Garry Barlow suffered on set, when he noticed his fly had come undone.

One of his more reflective songs, ‘Better Man’ was only released in Australia, Latin America and New Zealand on his 2001 ‘Sing When You’re Winning’ album. Robbie also recorded a Spanish version of the song, ‘Ser Mejor’, released in Spanish-speaking countries across the world.

Lead single to his eighth album “Reality Killed the Video Star”, released in October 2009 and premiered on “The Chris Moyles Show” the month before, ‘Bodies’ incorporates a critique on human superficiality, as well as various religious themes. Williams himself called it incoherent and attributed it to being under the influence of drugs when he wrote it.

Also included on his ‘Sing When You’re Winning’ album, ‘Supreme’ is a song that has gained massive admiration from his fans, particularly as the video is dedicated to the legendary Sir Jackie Stewart, British Formula One driver.

This ‘World Party’ song was covered by Robbie in 1998 on his second studio album, ‘I’ve Been Expecting You’ and on his first compilation, ‘The Ego Has Landed’. It received several awards world-wide, including the BRIT’s Single of the Year and Best British Video.

‘Feel’ is the lead single from Robbie’s fifth album ‘Escapology’, and the lyrics were written by him personally, as well as by Guy Chambers. It’s his best selling single in Europe and his biggest international hit.

1.Let Me Entertain You

Perhaps Robbie’s most entertaining song, ‘Let Me Entertain You’ was written jointly with Guy Chambers and its lyrics seem to be an invitation for a man to be unfaithful. The video is a parody of the bank KISS. The song became his opening act for his concerts, with over 300 performances to date.

Hopefully, this short list has triggered a few flashbacks and helped you reminisce about some of your ‘Robbie’ moments, because it’s always fun remembering where you were and what you were doing when you first heard one of his songs. After all, Robbie describes himself as ‘The Entertainer’ and has made it his life-long goal to enthral his listeners. 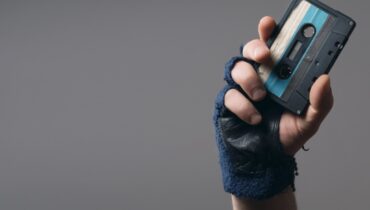 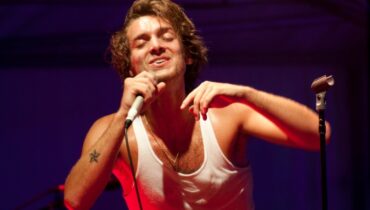 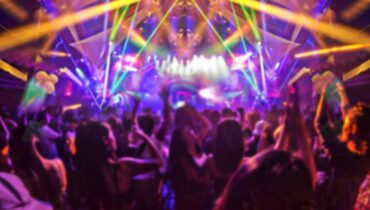