Roald Dahl brought his twisted imagination and wicked sense of humour to the world of children’s books. The influential author wrote more than 40 books during his illustrious career and some of his comedic, thrilling and magical stories have been brought to life on the big screen over the years.

Esio Trot is the only TV movie adapted from one of Dahl’s books. Published in 1990, Esio Trot follows the story of Mr Hoppy; a shy old gentleman who has secretly been in love with the lady from downstairs for many years, Mrs Silver. Mrs Silver worries her pet tortoise, who she has had for years, hasn’t grown any bigger so Mr Hoppy hatches a genius plan to give himself an in. He gives her a spell which will make her pet grow every day. When she leaves for the day, Mr Hoppy switches the tortoise for a larger one he has bought from the store. After weeks of doing the same thing Mrs Silver finally notices and is overjoyed at the results of the spell, for which the first words are “‘ESIO TROT, ESIO TROT” (“tortoise” backwards, in case you couldn’t tell). This family friendly movie aired in 2014 as part of BBC One’s Christmas programme and starred Judi Dench and Dustin Hoffman.

An anthology film with four different stories which take place in four different rooms, the only link between all the madness in Four Rooms is the bell hop boy of the hotel Mon Signo. One story tells of a group of witches, another of a hostage situation and another of misbehaving children. The last story is based on a short story written by Dahl. ‘The Man from Hollywood’ follows a famous director who gets into a world of trouble when he bets he can light his lighter 10 times in a row. If he fails, he agrees to cut off his pinky. Sure enough the lighter fails on the first attempt and the bellhop is tasked with removal of the finger. This story is definitely one of Dahl’s darker comedies but also the best of the four contained within the 1995 film.

Based on the short story ‘Beware of the Dog’, this American suspense movie screened in 1965. The story takes place in occupied Germany in 1949 when American military officer Jefferson Pike wakes up in a U.S. Army hospital with no memory of the previous five years. A kindly military psychiatrist draws out Pike’s last clear memories, which are of General Eisenhower’s final briefing for the Normandy invasion in June 1944. Soon, Pike realizes that everything is not as it seems and his doctor is not who he claims to be. Everything was a set up by the Germans to get confidential information from him and win the war. This movie had audiences on the edge of their seats in nail biting suspense and is definitely one to watch.

Starring father and son Jeremy and Samuel Irons, this feel good movie is set In 1950s England. The story follows young Danny who lives in a motorhome with his father, William, next to the garage that they own and operate. Local businessman Victor Hazell has quietly been buying up the woods surrounding William’s garage to develop into a housing estate, but William refuses to sell. When Hazell organizes a pheasant shoot to woo the local upper crust in aid of his plans, Danny and his father plot their revenge by hunting their prized pheasants first. A classic tale of the underdog overcoming all obstacles to become, well, Champion of the World.

Based on the book of the same name, The Witches is an exceptionally dark children’s horror. While staying at a hotel in England with his grandmother, Luke inadvertently spies on a convention of witches. The Grand High Witch reveals a plan to turn all children into mice through a magical formula and, when they find that Luke has overheard, they test the formula on him. With the help of Helga and the hotel manager Mr. Stringer, Luke the mouse fights back against the witches. The movie is probably most famous for the pivotal scene where The Grand High Witch (played by Anjelica Huston) takes off her human disguise to reveal a hideous wart covered witch beneath – it’s a truly outstanding sequence showcasing practical effects wizardry.

The Big Friendly Giant (or BFG as it is more commonly referred) follows a young girl by the name of Sophie who is suddenly snatched from her orphanage early one morning by the BFG. Whisked away to Giant Country, she is soon put at ease as she learns that the BFG’s job is to collect, catalogue and deliver pleasant dreams to children. One night she joins him on his quest, but they are followed by the mean giants who plan on eating all the children. This fun family favourite received the animation treatment in 1989, but it’s being remade by none other than Steven Spielberg himself in 2016.

Mr Fox (voiced by George Clooney) and his love of larceny finally gets him in trouble with three very dangerous chicken ranchers after he continually steals food from them. The men decide the only way to deal with him is to dig into his home and eradicate the vermin. Mr Fox must then pull together all the woodland critters to take on and outwit his foes. Brought to life by Wes Anderson with stop motion magic, each scene in the Fantastic Mr Fox has been lovingly crafted to create an oddball, understated animation classic.

Another stop motion classic, this animation adaptation follows the adventures of the titular James, funnily enough. When his parents sadly pass away, James is forced to move in with his horrible Aunts. After stumbling across a strange man who gives him a potion that will bring him happiness, James proceeds to discard the concoction on the family’s peach tree. This results in the growth of a house sized peach. James discovers that not only is the peach larger but the occupants inside it have grown as well, including a grasshopper, a centipede, a spider, an earthworm and even a spider. The bunch become James’ friends and before long they are sailing across the Atlantic in the Giant Peach to fulfil James’ dream of visiting the Empire State Building. Along the way they face many adventures until they finally reach their destination. The fun filled film is a peach of a treat and one the whole family will enjoy.

One of Dahl’s most beloved characters, Willy Wonka may have graced the silver screen twice but the original adaptation is still by far the best. Charlie comes from a poor family who barely have enough money to afford food, so winning a trip to visit the mysteriously famous Wonka factory seems completely out of reach for the small boy. But as fate would have it, Charlie stumbles upon money in the street and buys a chocolate bar which just so happens to contain a golden ticket to enter the mysterious land he had always dreamed of. Once inside, the children must unknowingly pass a series of tests with the sole winner being chosen to take Wonka’s place and run the candy empire. In the end, Charlie’s innocent soul wins out and Wonka offers him a world he could never have imagined in his wildest dreams. A movie so sweet and touching it could move the saltiest of hearts to tears.

Gracing the top of our list is the most inspiring, magical and downright most enjoyable of Dahl’s adaptations. Matilda is the odd one out in her family because she is smart, innocent and sincere. She has to deal with her dim-witted family who, despite everything, she still loves – although her heart really belongs to her most amazing teacher, Ms Honey. Sadly, even at school she has no respite as she has to deal with the nightmare of a principal, Ms Trunchbull. During the course of the story, Matilda discovers she has telekinetic abilities that she can use to right the wrongs of others and help defend the defenceless. In a twist of events, Trunchbull is revealed to be Ms Honey’s evil step mother who has hoarded all of her father’s belongings. Matilda sets out to help Ms Honey retrieve some of her dad’s things and find herself a joyous home life which she truly deserves. Matilda is a fun, hilarious and upbeat story which has now also been turned into a musical courtesy of comedian Tim Minchin. The timeless tale was a huge success on the stage too and went on to win 5 Tony awards in 2013. 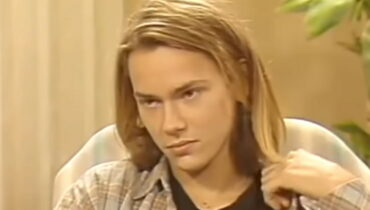