Whether they made their money through industrial manufacturing or social networking the businessmen below have all successfully built business empires that have made them the wealthiest people in the world today.

David Koch is an American businessman and philanthropist with a net worth of $39.6 billion. In 1970 he joined the family business Koch Industries, a conglomerate with interests ranging from commodities trading to ranching. The success of the family business and his own business acumen has resulted in David Koch being the 10th richest person in the world.

Charles Koch is the CEO and co-owner of Koch Industries with the same 42% share as his brother David. Charles was fundamental in the diversification of Koch Industries and the company now produce several well known brands such as Dixie cups and Lycra.

Michael Bloomberg is an American businessman who is the founder, CEO and owner of Bloomberg L.P. The company offers a diverse range of products and services ranging from financial news reporting to 24 hour radio programming. Bloomberg holds an 88% stake in the company, who reported a revenue of $9 billion in 2014.

Larry Ellison is an American businessman and entrepreneur who co-founded the Oracle Corporation in 1977. Oracle’s wide range of products were predominantly acquired through their acquisition of other companies. Ellison was CEO of Oracle from 1977 until 2014 although he remains an executive chairman with a 25% share in the company.

Mark Zuckerberg is probably one of the most well known billionaires. As the chairman, CEO, and co-founder of the social networking site Facebook he has amassed a net worth of over $44 billion since Facebook was founded in 2004.

Jeff Bezos is an American entrepreneur who is the founder, chairman and CEO of Amazon. The company is the world’s largest online shopping retailer whose popularity and success has helped it’s founder become one of the richest people in the world.

Carlos Slim Helu is a Mexican businessman who owns the conglomerate Grupo Carso. Services provided by Grupo Carso range from healthcare to industrial manufacturing and his businesses account for roughly 40% of the listings on the Mexican stock exchange.

Warren Buffett is an American businessman who is the CEO, chairman and largest shareholder of the multi-national conglomerate Berkshire Hathaway. Buffett is regarded as a shrewd businessman and is considered by some to be one of the most successful investors in the world.

Amancio Ortega is a Spanish business magnate and founder of the Inditex fashion group. Ortega founded the clothing chain Zara in 1975 and by his retirement in 2011 he had developed a fashion conglomerate with over 7,000 stores worldwide.

Bill Gates is an American businessman who co-founded the Microsoft software company in 1975. Gates was the largest shareholder at Microsoft until May 2014 and held various positions within the company including CEO, chairman, and software architect. Gates stepped down as chairman of Microsoft in February 2014 but his continued involvement with the company has helped him become the richest person in the world. 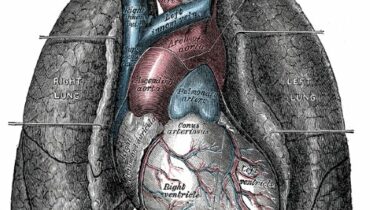