A well-established catchphrase is guaranteed to score an easy laugh from the audience, but a recurring joke in a TV shows is much harder to pull off. From long running misunderstandings to bizarre character quirks, here are the top 10 best recurring jokes enjoyed by both casual and diehard TV fans alike.

Set in South London, British sitcom Only Fools and Horses follows the lives of the Trotter brothers Del Boy and Rodney. With a strong supporting cast, audiences followed their weekly antics for decades as they tried to become millionaires. One of the most most prominent supporting characters was Trigger (played by Roger Lloyd-Pack), an old friend of Del Boy and a road sweeper. Throughout the series, Trigger calls Rodney ‘Dave’ for absolutely no explanation other than that’s what he thinks his name is. When Rodney’s wife announces she is pregnant, Trigger can be heard mumbling “to Cassandra and Dave” after everyone else has given their toast. At some points he seems aware this is wrong, like when giving baby name suggestions to Del Boy he says they should “name it Rodney, after Dave”.

Will & Grace was an American sitcom that centred around the relationship between the titular characters and their friends and work colleagues. Jack McFarland (played by Sean Hayes) was a stereotypical gay character who had a passion for acting and theatre. Jack is unashamedly vain and self-absorbed and believes in gay rights – just not for lesbians. Jack devises a one-man stage show about himself, aptly named ‘Just Jack’, and several references were made to the title of the show with theatrical hand gestures. Unfortunately, the show was a huge bomb, but he soon turned his attention to a new play: ‘Jack 2000’, with equal flair. The character had a mixed reception with many feeling he only added to perpetuating gay stereotypes, whilst others felt he helped to open the door for other prime-time LGBT themed shows.

It’s Always Sunny in Philidelphia follows a group of self-centred ‘friends’ who run Paddy’s Pub, a relatively unsuccessful bar in Philadelphia. Charlie (played by Charlie Day) is a co-owner of the bar who is prone to emotional outbursts and is constantly berated by the Gang for his lack of education and possible borderline retardation. A recurring joke is his poor grasp of grammar – in one episodes he misreads a ‘Private’ sign as ‘Pirate’ and wonders if there is indeed a swashbuckler behind the door. When Dennis runs for office, Charlie attempts to write his campaign speech, which ends up barely literate and includes phrases such as “If you vote me, I’m hot. What?”. Charlie is often portrayed as an idiot savant as he displays a natural talent as a pianist, playwright, composer and tailor, whilst his actual work ethic makes him one of the more likeable gang members. Check out the full timeline of Charlie’s illiteracy here at uproxx.

Running for just three (initial) seasons, Mitchell Hurwitz’ Arrested Development follows the Bluth’s: a formerly wealthy family embroiled in a scandal that possibly involves high treason. The series is full of recurring jokes which include lessons on why you always leave a note and the noises a chicken makes. A fan favourite joke often uttered by the character Gob is “I’ve made a huge mistake”. Usually said in a solemn tone, the first occurrence of this dramatic phrase is when he deliberately imprisons himself with the intention of breaking free to show he is still a great stage illusionist – until his plans go awry. By the series finale nearly every character had used the phrase at least once, including Tobias’ variation “that was the biggest little mistake I’ve ever made”.

During the ninth episode of season two of How I Met Your Mother, the characters Barney and Marshall get involved in a bet where the loser is slapped. However, as the stakes rise and Barney slaps Marshall without actually being declared winner, the slap-bet commissioner declares that Marshal gets 5 free slaps which can be dished out at anytime. So begins the ‘slap bet’, a recurring joke which was involved in prominent plots including the episode titled ‘Slapsgiving’ and its two sequels ‘Slapsgiving 2: Revenge of the Slap’ and ‘Slapsgiving 3: Slappointment in Slapmarra’. The joke proved so popular that three additional slaps were added on so the bet could continue until the penultimate episode, where Marshall helps slap Barney out of a panic attack – putting an end to slap bet once and for all. Check out the 8 slaps at buzzfeed.com

Based on the UK show of the same name, The Office was an American sitcom which ran on NBC for nine seasons. The series follows the everyday lives of office employees in a Scranton branch of the failing paper company Dunder Mifflin. Toby Flenderson (played by series writer Paul Lieberstein) works in the Human Resources department and is despised by branch manager Michael Scott. Not only does he have no authority over him, but Toby frequently tries to stop Michael from many of his ill-conceived schemes. Michael famously declares that if he had a gun with two bullets and was stuck in a room with Toby, Hitler, and Bin Laden, he would shoot Toby twice. The irrational hatred for HR continues throughout the series – when Andy becomes acting manager and is confronted by Toby he simply remarks “now I know why Michael hated you so much”.

Archer is an animated spy comedy following the misadventures of an American spy agency (formerly known as ISIS). The writers have a plethora of recurring jokes, but the best has to be the unfortunate mishaps that regularly occur to employee Brett Bunsen. During the course of the show he is shot 8 times, is beaten up by Archer after he makes a joke about breast cancer and suffers severe injuries after running into cyborg Barry. Brett earns the nickname ‘Mr Bloodmobile’ for his ability to lose a lot of blood but never die. However, he meets his end after Archer accidentally shoots in the head trying to get his attention. Archer eulogises him by commenting “At least he died doing what he loved. Getting shot”.

Frasier followed the antics of Dr Frasier Crane as he moved back to his hometown of Seattle and takes in his retired father. Amongst the supporting cast is his neurotic brother Niles (played by David Hyde Pierce) who is married to the often mentioned, but never seen, Maris. During the course of eleven seasons, we find out a wealth of information about her – she is immensely rich, spoiled, dominating, of short stature, pale and pathologically emaciated (it was commented she once sat on a whoopee cushion without setting it off and has been mistaken for a hatrack). By the end of the series she had killed her new toy-boy in self defence, and escapes custody to her private island to avoid extradition. The producers often commented that Maris had been built up to be so un-human that no actress could have lived up to anyone’s expectations.

2. My Cabbages! – Avatar: The Last Airbender

Avatar: The Last Airbender is a western-anime that follows the adventures of Aang, the last of his tribe who must combat the evil Fire Nation and stop their world domination by using martial-arts techniques to control all four elements. During the course of the show, Team Avatar consistently run into the Cabbage Merchant; an Earth Kingdom businessman who is plagued by misfortune during his business endeavours. He regularly finds his cart of cabbages damaged or destroyed and loudly exclaims “My cabbages!” What was supposed to be a one time appearance became a fan favourite and quickly turned into a recurring role. It all turned out well in the end as our favourite merchant founded Cabbage Corp, a wildly successful company famous for producing automobiles and other technology. He also remains the only character outside of Team Avatar to have a statue in Republic City – a great honour.

During the ten year run on Friends, the gang frequently discussed what Chandler Bing’s job actually was. Chandler was often seen working at his office, having started what was supposed to be a temporary job but led to a career. At one point he becomes fed up with his prospects and takes a career test which says he is most suited for his current job. During a fan favourite episode where Monica and Rachel bet their apartment, they lose it all when asked the question “What is Chandler Bing’s job?” During the ninth season he finally quits his job, but not until after Monica actually learns his role – he works as an IT procurement manager with a specialisation in statistical analysis and data reconfiguration. 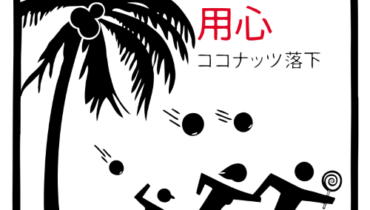 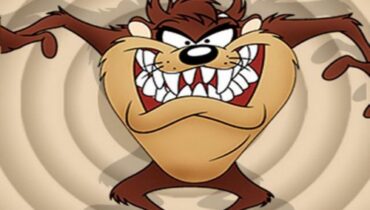