Queen are a band worth remembering, one of the greats of classic rock and roll. Their songs will survive the ages and will be played incessantly, commemorated and celebrated. The age-old debate will remain though: which 10 songs, out of so many classic tunes, are the very best?

10. Who Wants To Live Forever

Released from the album A Kind Of Magic, bassist Brian May wrote the song for the movie Highlander in 1986. Though the band were primarily known for their vibrant theatrics and stadium-anthems, this single proved that there was an element of subtle tenderness in their work as well. It’s a majestic tune, as many of Queen’s songs were, but its sweeping nature, representative of the fact it was written for a movie, is certainly characterised as one of the band’s more renowned, more sombre and tear-evoking pieces.

Rolling Stone ranked it as the 330th Greatest Song of All Time and it is known for its stomping and clapping as well as the fact that it is mostly performed in a cappella. It has always been linked with We Are The Champions as it was released as a b-side in 1977 and, today, many will recognise it as the inspiration for the hit musical of the same name. It’s a classic stadium warm-up chant, the bass only coming in for the last thirty-seconds as Brian May chimes in to complete Freddie’s storming lyrics.

8. Another One Bites The Dust

This song was the baby of Roger Deacon, one of the band’s bassists. Much of the instrumental sound was recorded by Deacon and it complements Mercury’s roaring vocals well, adding to a rather aggressive, passionate beat. It was released from Queen’s album The Game and is commonly credited as being their largest-selling record, having sold over seven-million copies worldwide. The song was only released as a single under the advice of Michael Jackson, a big fan of the band who used to watch them play at various venues.

Freddie Mercury himself is credited as writing the lyrics for Killer Queen, renowned for being the band’s ‘breakthrough’ hit and their first top-three record. It was less progressive rock and more of an experiment, featuring a zippy piano piece and vocal harmonies that represented the very best of Mercury as well as an indicator of what Queen were all about and what was still yet to come. Both Mercury and May saw it as one of their very best songs, a tune that wasn’t cluttered but stayed true to the band’s nature.

Under Pressure was Queen’s only number one hit in the UK during the 1980s and will go down in history as being one of the most majestic duets ever, as it was co-recorded with another musical legend, David Bowie. Bowie had originally planned to sing backing vocals on another song which didn’t work out and, after playing around a bit, Under Pressure was formed. The song’s famous solo bassline has been credited to both Bowie and Deacon though Bowie, ever the diplomat, has stated that it was already written before he became involved.

From the 1991 album Innuendo, this song is a very meaningful melody, both to the band and the fans, as it speaks of Mercury’s battle to continue despite losing his fight with AIDs. May recalled that, even with his weak and frail body, Mercury perfectly recorded the song in the studio and it was officially released shortly before the singer’s death in 1991. For its context and circumstances, it’s one of the band’s most appealing songs and acts as one final moment of defiance in the face of adversity.

4. We Are The Champions

Like We Will Rock You, this song is an inspirational and motivational anthem, bandied about in numerous sports’ films, a true underdog story with meaning and gravitas. It was, of course, written for this very reason, the biggest of the big stadium-anthems and has even been scientifically proven as the catchiest song in history. In terms of pop-culture, it’s one of the most renowned anthems and has been covered many, many times by an assortment of artists, fully capable of catching that victorious, euphoric feeling that many associated Queen with.

Don’t Stop Me Now is another true staple of Queen’s music, a melodic harmony with a jaunty piano part, played by Mercury, accompanied by the lively bass. It was released in 1978 from the Jazz album and quickly became one of the most cherished songs performed live. Any restraint the song puts up at first is quickly abandoned as it rolls into a rapid anthem and it has been used to perfection in pop-culture, most notably in zom-com romp, Shaun Of The Dead.

Just missing out on top spot, Somebody To Love was another early sample from the band, a homage to Aretha Franklin from Mercury. The gospel choir sound that echoed around the tune lends itself to the song being known as one of the band’s more soulful efforts, perfectly displaying the band’s range and diversity as well as their eclectic personality.

With all that’s been said and done, no other song can come close to the genius that is Bohemian Rhapsody, arguably the most popular and well-known song in musical history. Surprisingly, when it was first released, critical reception wasn’t great, though that has been rectified in years since. It’s the song that defines Queen and has characterised their branch of music for decades. Mercury wrote several segments, each representing a different style for the band to perform, culminating in something of a rock opera. It is the band’s magnum opus and, alongside the lyrical prowess, the music video was also noted as being thoroughly groundbreaking for its time, elaborate and conceptual, personifying Queen and, in particular, Mercury. 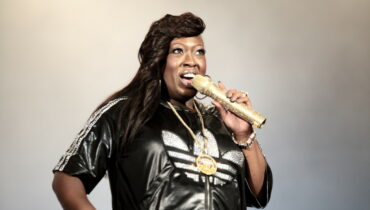