Video game developers have always been appealed by the idea of creating a post-apocalyptic playground for gamers to explore. Whether it’s been caused by a global nuclear war, zombie outbreak, artificial intelligence revolution or some other world-ending event, the concept offers ample opportunity for creativity and unique gaming experiences. From point and click adventure games to action packed shooters, the following list is some of the best video games which deal with deal with the apocalypse. 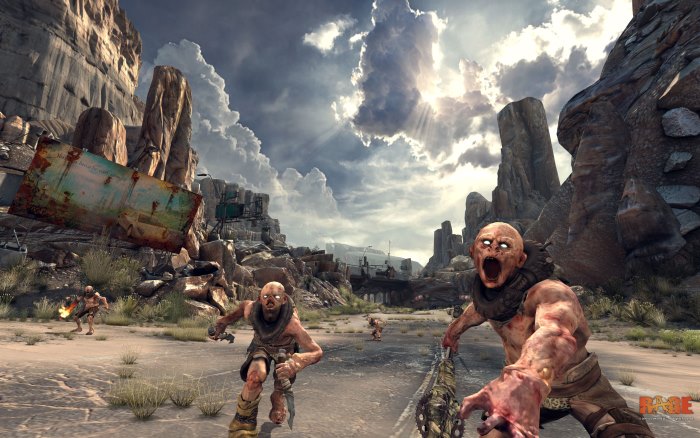 Although RAGE doesn’t always make the most of its post-apocalyptic setting, it’s not a game which is trying to reinvent the wheel. Clearly inspired by Mad Max and other end of the world movies and video games, RAGE is an interesting FPS set in an abandoned, violent Wasteland. Players are forced to fight against mutants and bandit clans as they try to survive in a world which has been destroyed by the collision of a huge asteroid. With plenty of crazy weapons (the RC car bomb – an explosive attached to a controllable remote control car – is a particular standout favourite), liberal amounts of gore and driveable vehicles, RAGE is a solid and creative shooter. One of the highlights is Mutant Bash TV – a series of arena challenges that take place on a bizarre reality TV show which uses the death of mutants for entertainment. 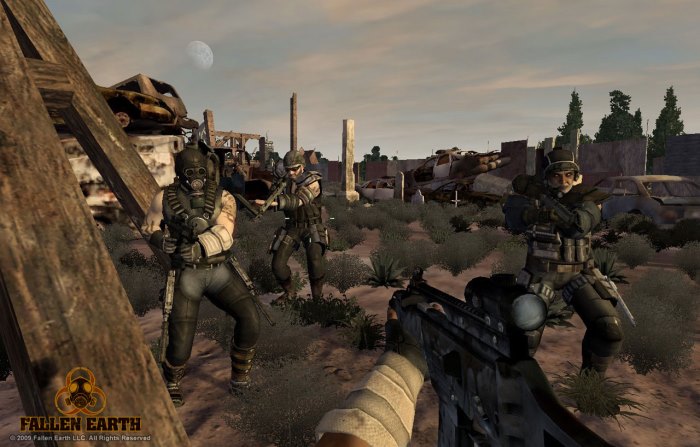 The MMORPG genre has always looked to the world of fantasy and sci-fi for inspiration, so it can be difficult to find games with different environments and storylines. Fallen Earth is a free-to-play FPS/RPG which takes place in post-apocalyptic America. Exploring the game’s huge 1000km map, players can explore a sprawling lively world which features competing factions, strange creatures, bezerk mutants and sophisticated game mechanics. Fallen Earth has a heavy emphasis on scavenging and crafting and, although it can feel mundane at first, this really helps build the game’s atmosphere and establish the feeling that survival after the apocalypse isn’t going to be easy. Many games in the genre fall into the habit of making the gameplay too easy on players, but Fallen Earth has a steep learning curve which makes it all the more rewarding when everything goes right. 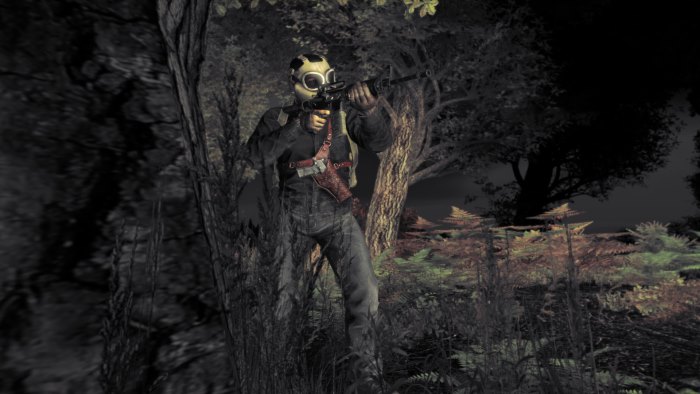 With the hugely popular and critically acclaimed release of Left 4 Dead, Valve proved to be one of the few developers who managed to make a decent video game out of the ‘zombie craze’ in popular entertainment. However, with its focus on trigger happy horde-style gameplay instead of end of the world suspense, Left 4 Dead never really made the most of its post-apocalyptic setting. DayZ is the exact opposite. This online FPS multiplayer is one of the most difficult and sometimes frustrating gaming experiences of all time. Set in the fictional Soviet wasteland Chernarus, players have to contend with zombies, disease, supplies, hunger and the actions of other players. Few games manage to recreate the feeling of true self-preservation and survival like DayZ, and it’s not uncommon to fall victim to bluffs and betrayal from other players who are pretending to be allies. It’s every man for himself in the world of DayZ, and there’s simply no other video game like it.

7. Enslaved: Odyssey to the West 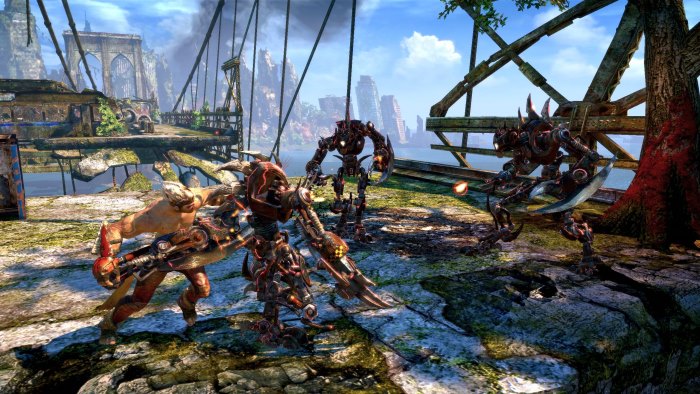 Zombies and mutants are a common sight in video game dystopias, but out-of-control technology also occasionally rears its ugly head. In Enslaved: Odyssey to the West, a global war leaves very few survivors on the planet and the remaining war machines continue to target humans as a threat. Instead of the dull grey and brown colour schemes used by most post-apocalyptic games, Enslaved depicts the Earth as an overgrown jungle. The lush environments are vibrant and bursting with vegetation and overgrown trees, and the game’s free running mechanics allows players to scale huge heights and explore different areas. This dynamic gameplay is used to excellent effect as players must also solve tricky puzzles and engage in frantic hand-to-hand combat. The arcade, energetic style of Enslaved is a refreshing change of pace from other video games in this genre. 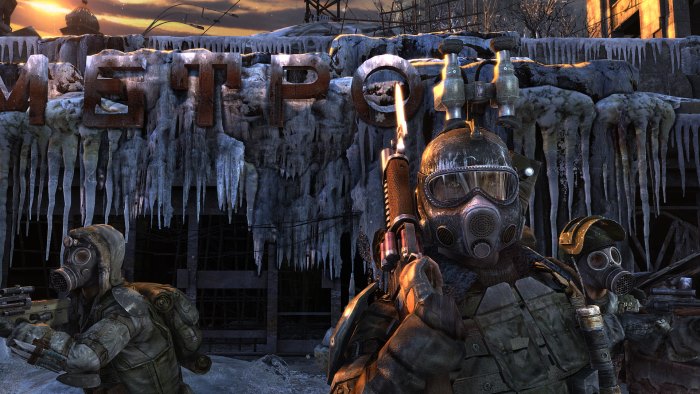 Taking place primarily in Russian subway systems, Metro:2033 is an atmospheric and tense survival horror game. A nuclear war has driven the remaining survivors underground as they struggle to live in what has become a dangerous mutant wasteland. Ammo and equipment is scarce and invaluable so players must quickly learn that this isn’t a game where bullets can be wasted. Metro also uses scare tactics like the darkness and creepy distant noises to create an unnerving environment. Many segments of the game require a flashlight or night vision goggles to explore the tunnels, and this creates a terrifying environment and truly gripping gameplay. 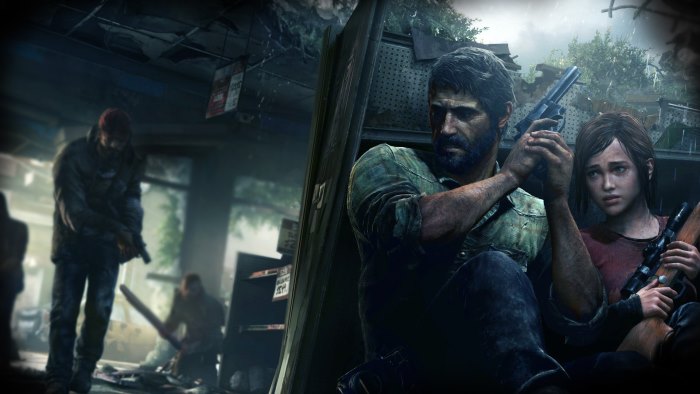 Third-person adventure game The Last of Us is one of the most ‘well-polished’ releases in recent memory. The game received praise for its voice acting, art direction, gameplay and writing, but the real accomplishment of The Last of Us is its characters. When a mysterious spore-based plague spreads across the globe, the vast majority of the Earth’s population is either killed or turned into an infected mutant. Taking control of Joel, a middle-aged man who loses his daughter to the plague in the game’s prologue, players must fight against other hostile survivors and the infected as they protect Ellie, a teenage girl who Joel takes under his wing. Looking after Ellie as he would do his own child, this realistic surrogate father-daughter dynamic is at the heart of the game. Approaching the subject of the apocalypse and the concept of humanity with a thoughtful adult tone, The Last of Us is an unforgettable gaming experience. 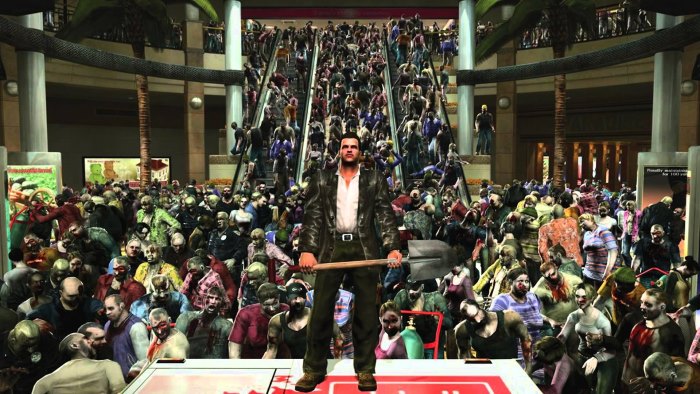 The apocalypse doesn’t have to be all doom and gloom. Dead Rising takes the concept of a zombie outbreak and uses it as a playground for whacky ideas, crazy combat and bizarre gameplay. Players literally have any weapon they can think of at their disposal, and the game’s crafting system allows for the creation of some truly unique items. Players can combine drills, chainsaws, machetes, nails and dozens of other items to create some pretty creative ways to kill zombies, and there’s a never a dull moment in this off the wall third person adventure game. 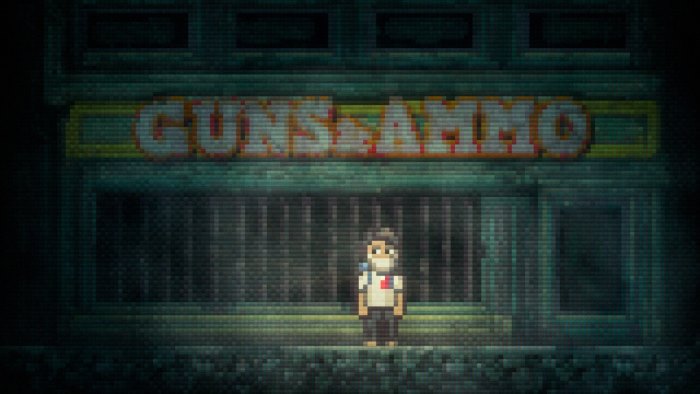 Indie success hit Lone Survivor is an 8-bit inspired psychological horror adventure game which takes place in a world ravaged by a mysterious plague. It’s only a short game and on first impression it seems like there is little to the side-scrolling gameplay. However, Lone Survivor uses its strange pixelated aesthetics and confined environments to great effect, and the atmosphere is one of the creepiest and most unsettling of any horror video game. Combining the horror of a haunted house with the strange dreamy quality of a bad acid trip (the nameless protagonist frequently suffers from hallucinations so it is sometimes hard to tell what is really happening in the game), Lone Survivor is proof that games don’t need photorealistic graphics and elaborate gameplay mechanics to be engaging. 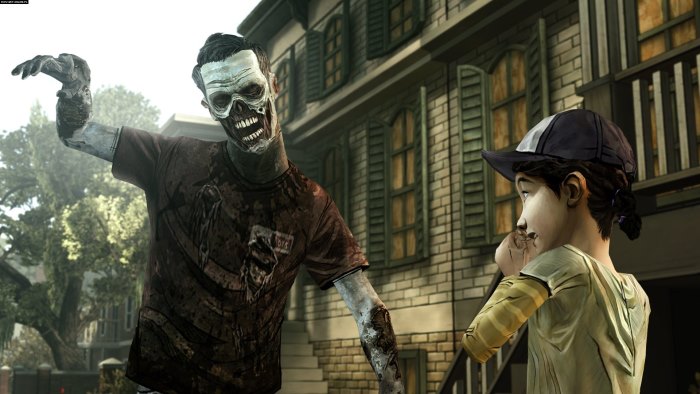 Telltale Games made their name developing new sequels for the classic point and click adventure series Sam and Max as well as bringing adaptations of movie franchises like Back to the Future and Jurassic Park to the genre. However, it was their work on the Walking Dead which brought them widespread critical acclaim and massive commercial success. Taking place in the same universe as the hit TV show (as well as drawing inspiration from the original comic books), the Walking Dead is a master class in powerful storytelling and character development. Combining the methodical gameplay of point and click games with the more frantic, button-mashing quick time events of action games, the Walking Dead rightfully won over 90 ‘Game of the Year’ awards. 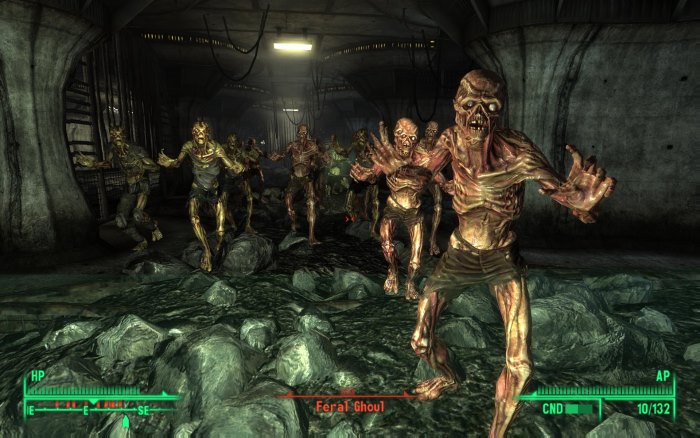 The entire post-apocalyptic video game genre has been defined by the Fallout franchise. Originally developed as a series of text-heavy games, ‘top down’ isometric RPGs, the series was transformed into a modern-day FPS while still retaining its RPG roots. Although the series has seen many changes to its gameplay and graphics, Fallout has always retained its engaging storylines, memorable characters, deft sense of humour and an unmatchable feeling of complete immersion. Players must consider murky moral dilemmas as they are forced to make tough choices which can have huge ramifications on the game’s world. Truly bringing the post-apocalyptic landscapes to life (and all the horror that comes with them), Fallout’s world is a living and breathing gaming experience.