For every Superman or Hulk, there are countless other comic book characters who just can’t live up to the powers and ideals of their superhero brethren. While some of these powers are certainly creative and different, they would seem rather pointless if they’re ever called upon to save the world. 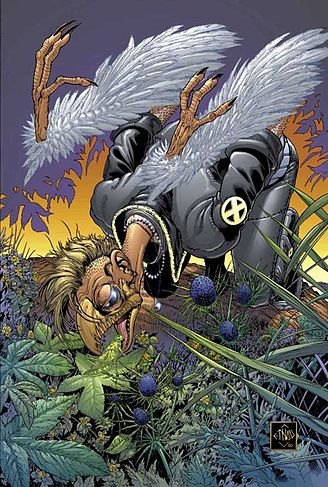 Xavier’s Institute has always had a fairly relaxed ‘open door’ policy when it comes to accepting new enrollees at the school. However, Grant Morrison’s run on New X-Men posed an interesting question: why do all these mutants have such good powers? Showing that mutation in the human body wouldn’t always necessarily lead to super powers, Morrison created new characters for the school’s ‘Special Class’. Two of its members include Beak, a boy who looks like a bird and can fly short distances, and Dummy, a young mutant made entirely out of gas who has to be contained in a rubber suit at all times so he doesn’t expand and cease to exist. 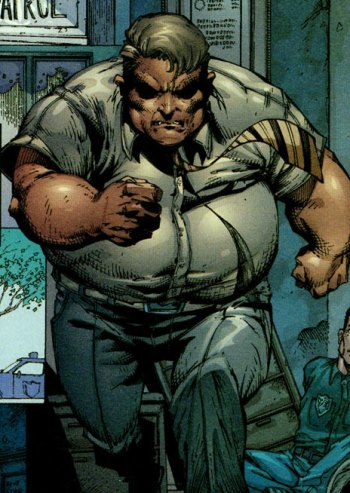 In J. Michael Straczynski’s limited series Rising Stars, a mysterious flash of energy affects the pregnant women of a small town in Illinois. They give birth to 113 children with special powers, and one of these ‘specials’ is Peter Dawson. Peter’s special power is that he is constantly surrounded by an invisible layer of energy which can deflect bullets, knives and even poisonous gases. However, Peter has none of the super strength or other powers which usually accompany this indestructible trait, and he can still be knocked over from the force of these attacks. Also, the shield prevents him from feeling any touch or contact, so Peter gradually develops a serious eating disorder. In one of the first few issues of Rising Stars, the obese, depressed adult Peter is murdered by being suffocated by a plastic bag. 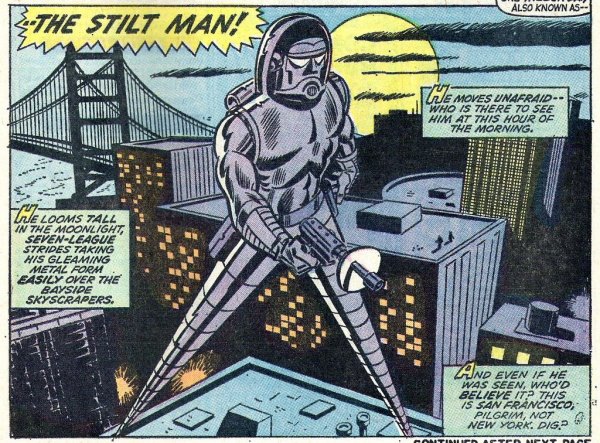 Marvel super villain Stilt-Man has proven to be a formidable adversary and has even bested Daredevil and Spider-Man on occasion, but his bizarre choice of armour (a robotic suit with telescopic stilt legs) limits him to basically striding around menacingly until a superhero knocks him down. Mad scientists/engineers are a staple of the superhero genre, but a stilt suit is a pointless waste of engineering know-how and pales in comparison to the creative armour worn by the likes of Doctor Octopus and Lex Luthor. 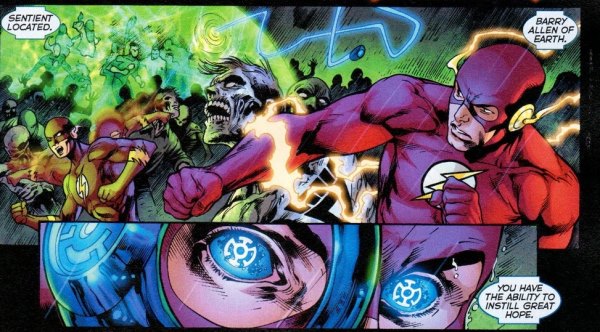 Geoff Johns seminal run on Green Lantern greatly expanded the mythos of the series, and his introduction of other powers from the ’emotional spectrum’ led to new rivalries and wars between the different teams of Lanterns. Representing the emotion of hope, Blue Lanterns can heal others and even block out the power of red and yellow rings, but they need to be near a Green Lantern to work. This is because the emotion of hope is nothing without the power of willpower. The theory behind these powers is sound and Blue Lanterns do prove to be useful on more than one occasion, but it’s hard not to see them as the needy little brothers of the Green Lantern Corps.

Comic writers are constantly scrambling to come up with new super powers, and this inevitably leads to the introduction of some pretty pointless super heroes. One of the most head-scratching characters in the DC Universe is Godiva, who has the power to control her own hair. She can use it to whip enemies and perform complex tasks like lock picking or defusing a bomb. Basically anything a normal person can do with their hands. 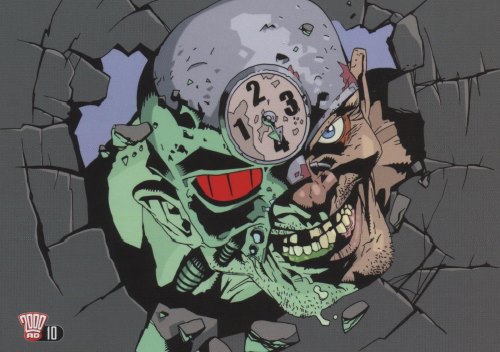 The dystopian future of 2000AD’s Judge Dredd has many weird and vicious criminals, but few are as strange as Mean Machine. Mean Machine is missing his left arm and has a cyborg replacement for his right, so he almost completely relies on his skull’s steel dome plating to head-butt anyone who disagrees with him. However, this skull dome also has a mechanical dial that goes from 1 to 4, and the different settings control his moods. The further up the dial Mean Machines goes, the more out of control and deranged he gets, and he ends up head-butting anything in sight. This foul temper combined with his dim-witted mind means that Mean Machine is very easy to push over the edge, and he spends a considerable amount of time running into walls and other objects with his head. 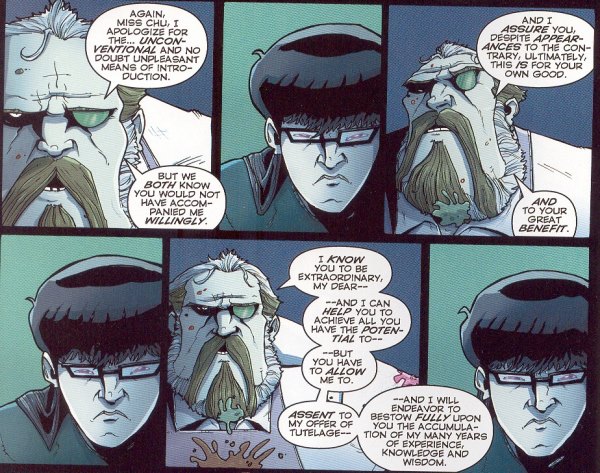 It seems almost unfair to head to the pages of the Chew series for pointless powers because the series revels in inventing bizarre new powers for its characters. However, outside of the context of the food-obsessed world of Chew (and in comparison to other comics), many of the powers on display seem completely useless. Take the character of the Barista, for example, who can use the foam on lattes to control people’s minds. Like many powers on this list, it takes a very certain type of occasion to use this ‘effervenductor’ power to effect. 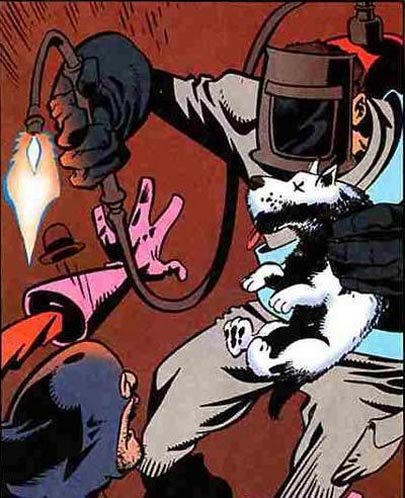 Controversial writer Garth Ennis loves to poke fun at overused comic clichés, and his early Hitman series was his first foray into parodying the superhero genre. Dogwelder is a member of superhero gang Section 8, and his method of fighting villains is to pounce on them and weld a dead dog to their face. In the character’s defence, his tactics do work, but you can’t help but feel there’s a better way to fight evil. 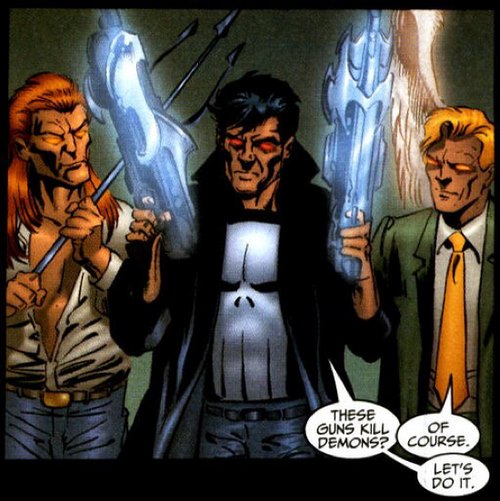 The Punisher was always a fairly straightforward anti-hero from Marvel’s line-up. Hardened veteran Frank Castle kills criminals and villains without mercy, and his vigilante attitude often clashes with other superheroes who think that he goes too far. However, in a baffling attempt to breathe new life into the character, the Punisher was ‘resurrected’ as an avenging angel in the late 90s. Angel Punisher was given ‘divine’ guns and faced off against demons and other supernatural villains, but it really made no sense given the character’s past history. A complete, pointless departure from everything that made the Punisher work in the first place, the Purgatory arc only lasted 8 issues before it was wisely cancelled. 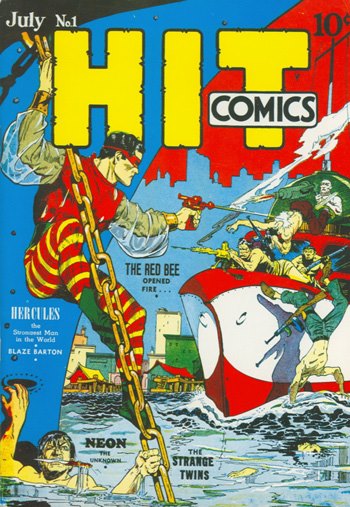 It’s a little too easy to dive into the Golden Age of comics to find inspiration for pointless powers simply because there are so many too choose from. However, the clear stand-out from this era is the Red Bee. Red Bee wears a striped red and yellow costume and uses trained bees to fight off criminals and, on occasion, Nazis. The silliness of the Red Bee doesn’t stop there, as he also has a favourite bee (called Michael) which he keeps in his belt buckle.