Sure, the likes of Call of Duty and Minecraft may have helped propel gaming even further into the mainstream, but they wouldn’t have achieved anything without the trailblazing efforts of these video game golden oldies.

Pong is one of the earliest arcade video games and the very first sports arcade video game. As everyone probably knows, it’s a tennis sports game featuring simple two-dimensional graphics. The player controls an in-game paddle by moving it vertically across the left side of the screen, and can compete against either a computer-controlled opponent or another player controlling a second paddle on the opposing side. The aim is to defeat an opponent in a simulated table-tennis game by earning a higher score. Often confused as THE first video game, it in fact came 22 years after the first, debuting in 1972. It was, however, the first video game to reach mainstream popularity.

Generally accepted as the world’s first commercially sold coin-operated video game of any kind, Computer Space was officially released in November 1971. Not as successful as Pong, the gameplay was found to be too complicated to grasp quickly. A variation of Space Wars! (which comes later in our list), the player controls a rocket ship using a thruster and a pair of rotational buttons. During gameplay, the player must evade enemy fire from a pair of flying saucers moving in tandem. The player fires back to destroy the flying saucers with missiles from their rocket ship. If the player’s score is higher than the saucers at the end of 90 seconds, they will get another round of gameplay.

Galaxy Game became the earliest coin-operated computer/video game, first being installed at Stanford University in September 1971. Another variation of SpaceWars!, this game only featured a single unit and wait times to play were in an excess of an hour. Later on the system was upgraded to power four to eight consoles allowing users to play against each other. The console remained popular right up until it was removed in May 1979, due to the display processor becoming unreliable.

In this two player game, two armed spaceships called “the needle” and “the wedge” attempt to shoot each other while manoeuvring in the gravity well of a star. Each player controls one of the ships and must attempt to simultaneously shoot at the other ship and avoid colliding with the star. The hyperspace feature can be used as a last-ditch attempt to evade enemy missiles, but the re-entry from hyperspace occurs at a random location and there is an increasing probability of the ship exploding with each use. The first operational version of the game was finished by February 1962 and it contained a randomly generated background star field.

In 1957–1961, a collection of interactive graphical programs were created on the TX-0, Transistorized Experimental Computer Zero, at MIT. These included Mouse in the Maze and Tic-Tac-Toe. In the former of the two, players used a light pen to place maze walls and dots that represented bits of cheese. A virtual mouse represented by a dot was then released and would traverse the maze to find the objects. In Tic-Tac-Toe, users had a light pen to to play a simple game of noughts and crosses against the computer.

Tennis for Two was originally created to cure the boredom of visitors to Brookhaven National Laboratory, where William Higinbotham worked. The game uses an oscilloscope as the graphical display to show the path of a simulated ball on a tennis court. This predecessor to Pong was designed in just two hours and created in three weeks. The game was first shown on October 18, 1958, and hundreds of visitors lined up to play.

Also known by the name XOX or Tic-Tac-Toe, this version was created for the Electronic Delay Storage Automatic Calculator (EDSAC) computer at the University of Cambridge in 1952. It was designed for the world’s first stored-program computer, and it used a rotary telephone controller as the game control. The player fought the computer in a game of Tic-Tac-Toe; in which a series of X and O’s are used on a grid, with the goal to get 3 in a row.

Christopher Strachey was a British computer scientist and a pioneer in programming language design. In his spare time, he developed a draughts program for the Pilot ACE: one of the first computers which was built on designs by Alan Turing. The game completely exhausted the computer’s memory and ran for the first time on 30th July, 1951. He would later use the code to redevelop the program for the Manchester Mark 1, which had much more memory. The computer could complete a game of draughts at ‘a reasonable speed’ and Strachey would later go on to write one of the first computer music programs which played the nursery rhyme ‘Baa Baa Blacksheep’.

In 1951, electrical engineering company Ferranti created the specially built Nimrod to be displayed at the Exhibition for Science during the 1951 festival in Berlin. It was used exclusively to play the game on Nim; a mathematical strategy game in which two players take turns to remove objects from distinct heaps. The goal is to be the last person to take an object. Weighing in at over a ton, the machine was the first digital computer exclusively designed to play a game. A slightly smaller replica was built for display at Computerspielemuseum Berlin.

The earliest known interactive electronic game device had its patent filed in 1947 by Thomas T. Goldsmith Jr and Estle Ray Mann. The game is a missile simulator, inspired from the radar screens used in World War II. The player turns a knob to control a CRT beam and position on the screen, in hope of shooting down enemy planes. Unfortunately, the gaming device was never marketed nor sold to the public, but still takes the number 1 spot on our list due to technicalities. 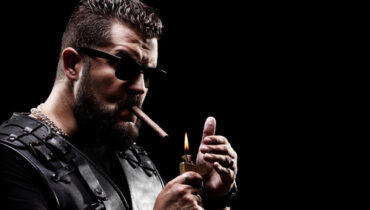 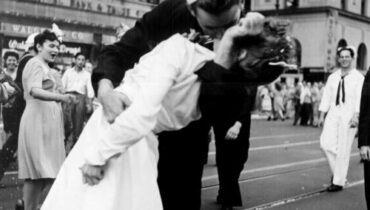 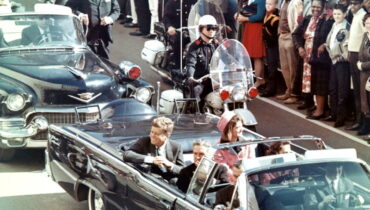