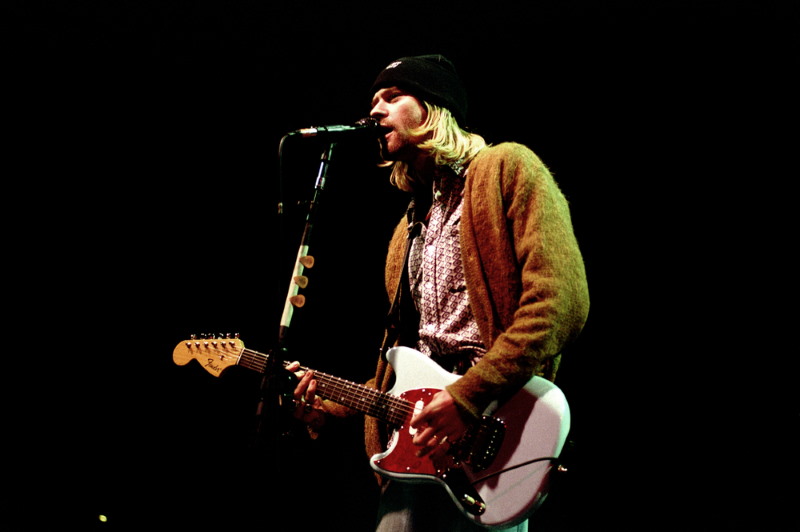 Nirvana were one of the pioneers, and some might say the masters, of grunge rock in the early 1990s. The tragic death of Kurt Cobain in 1994 was a huge shock to Nirvana fans across the globe, but it gave the band an iconic status and ensured a lasting legacy in the world of music. With albums ranging from the gritty sounds on their debut Bleach, to the hugely popular Nevermind and the acoustic Unplugged in New York, it’s not easy to pick just ten best-ever Nirvana songs. But as a Nirvana fan since the early days of Bleach, these are mine:

An apparently autobiographical song, Negative Creep makes into my top ten for it’s frantic, thrashing guitars and increasingly insane, repetitious vocals. Negative Creep is a work of heavy, grunge-rock genius which gives an insight into a crazed, paranoid mind.

Another semi-autobiographical offering, Sliver had originally been released as a single in 1990 and was included on the 1992 compilation album Incesticide. Opening with a melodic, thumping bassline, the story of a perceived abandonment is told through vocals that start softly, but ultimately evoke the screaming tantrum of the child Kurt. A brilliant track!

Heart Shaped Box was Nirvana’s biggest UK hit single, reaching number 5 in the charts. Beautifully crafted and beautifully sung, Kurt’s painfully honest, open emotions are expressed both in his lyrics and in his angsty vocals. Claims that the song was composed in homage to Courtney Love’s lady parts remain speculative.

Wrongly supposed to have been based on a traumatic event Kurt personally experienced, Floyd The Barber was actually written about a character from a US sitcom. The crunchy guitars, primal drumbeat, and Kurt’s strangled vocals make this one of Nirvana’s more disturbing, yet brilliant, tracks.

Polly is one of Kurt’s earliest songs and one of Nirvana’s best-known. The frantic, fast-paced guitars and raw vocals on the earliest version of this track are slowed down and stripped back on Nevermind, making for a quite beautiful, poetic account of a brutal and shocking real-life event. The even more slowed-down acoustic version on Unplugged in New York also deserves mention for being so fantastically creepy and chilling.

Smells Like Teen Spirit was the track that brought Nirvana into the public consciousness, and was a huge mainstream success, reaching number 7 in the UK charts. The crunching guitars at the start leading into a deliciously clever melody, the softly-sung vocals giving way to an almost screamed chorus, this song gives you everything you could want from a grunge rock track, and never fails to make you feel upbeat.

Probably one of most people’s favourite Nirvana songs, and certainly one of the best-known, Come As You Are is instantly recognisable from the opening bassline, with memorable lyrics sung in a soft yet gritty vocal, and one of the longest guitar solos in any of their songs. Come As You Are is a trademark anthemic Nirvana track.

Originally released on the 1989 Bleach album, the acoustic version of About A Girl is softer, slower, and more melodic, and really showcases how beautiful Kurt’s voice could be. More pop in style than the rest of the hard, gritty offerings on Bleach, Kurt wrote the song for his live-in girlfriend at the time, Tracy Marander. It’s one of Nirvana’s most sing-along of songs, and utterly deserves to be in the top three.

Continually switching from soft vocals and a gentle melody to thrashing guitars and an upbeat, gravelly chorus, Lithium is one of Nirvana’s finest, and just missed out on the top spot here. It’s impossible not to want to jump around to this track.

One of the most beautiful songs Kurt ever wrote, All Apologies truly deserves to be the number one Nirvana song of all time. The haunting lyrics and heart-breaking vocals are made even more poignant with the hindsight of Kurt Cobain’s suicide. The track reveals a gentler and more sensitive dimension to Kurt, and All Apologies is a deserved winner.

Top 10 Queen Songs of All Time