Stephen King is one of the most talented and accomplished novelists the world has ever seen. Since the release of his debut novel ‘Carrie’ in 1974, he’s consistently released a stream of high quality novels, many of which are considered amongst the finest novels ever written. Hollywood has long had a love affair with King’s work. Over the years, many of his novels have been adapted to the big screen, some more successfully than others. This top 10 will rank the top 10 Stephen King movies. 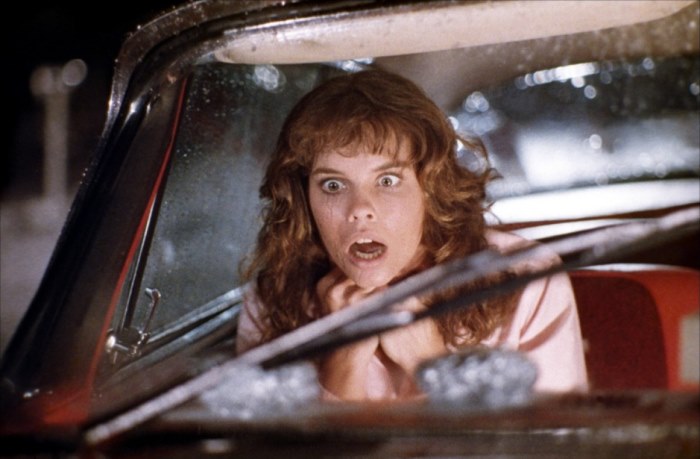 Filmmaker John Carpenter is one of the masters of the horror film genre. During his long running career, he’s redefined the genre on more than one occasion with his films ‘Halloween’, ‘The Thing’, ‘In the Mouth of Madness’, ‘Village of the Damned’, and, of course, ‘Christine’, the 1983 film based on the Stephen King novel of the same name. Christine starred Keith Gordon as Arnie Cunningham, a nerdy American teen trying to survive high school. The film followed Arnie as he bought a Plymouth Belvedere possessed by an evil spirit and tried to change its nature. Christine was a creepy film. Carpenter used every horror film trope to great effect, delivering a worthy adaptation of King’s novel. Critics were divided in their opinions on Christine. The film was given a 67% overall score on Rotten Tomatoes. While audiences enjoyed the film, they didn’t love it. The film is currently rated 6.6/10 on imdb.com. 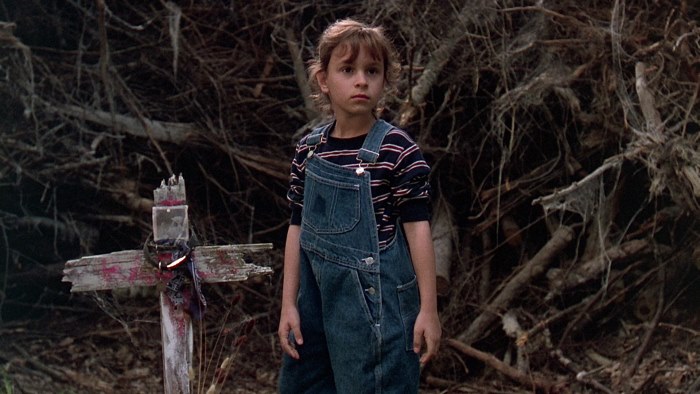 Pet Semetary is one of the few Stephen King films to feature a screenplay written by King himself. King, wanting to hone his screenplay writing skills, decided to write the screenplay himself when the film went into production in 1989. Pet Semetary told the story of the Creed family, a stereotypical American family making the move from Chicago to the rural town of Ludlow, Maine. The film followed the Creed family as they fell under attack from the undead residents of the ‘Pet Semetary’ cemetery located behind their new house. Pet Semetary was released to mixed reviews from critics and audiences alike. While the film was given a below average 43% score on Rotten Tomatoes and a fairly average 6.5/10 score on imdb, it managed to find an audience for itself with fans of quirky niche horror films. 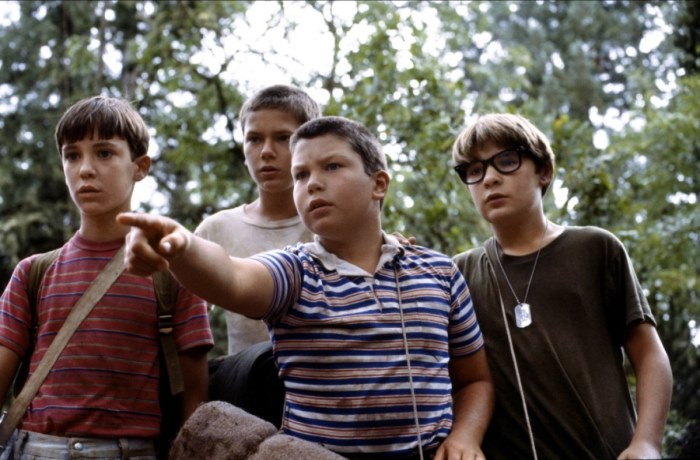 King’s novella ‘The Body’, first published in King’s 1982 collection ‘Different Seasons’, was a departure from King’s usual style. While he had released a number of horror stories over the years, ‘The Body’ was a coming of age story that followed a group of four boys living in the town of Castle Rock, Maine as they struggled with the difficulties of adolescent life. 1986’s Stand By Me, directed by Rob Reiner and written by Bruce A Evans and Raynold Gideon, adapted King’s novella to the big screen. The film faithfully adapted King’s story with a host of accomplished actors, including Kiefer Sutherland and Richard Dreyfuss, stepping in to play key roles. Stand By Me was met by universal acclaim by critics and film lovers everywhere. While critics gave the score an impressive 91% score on Rotten Tomatoes, film lovers scored it an even more impressive 8.1/10 on imdb.com. Today, the film is considered one of the best American coming of age films ever made. 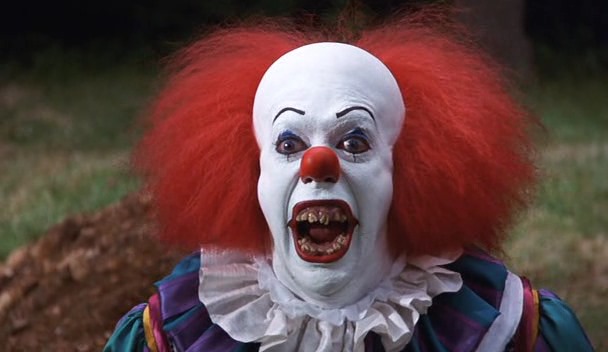 In 1986, King released his horror novel ‘It’ to great acclaim. The novel told the story of a group of seven teenagers being haunted by ‘Pennywise the clown’, a shapeshifting demon with the ability to read minds. The story followed the group as they struggled to fight the demon and keep it from causing them harm. 1990’s ‘It’, directed by Tommy Lee Wallace and written by Lawrence D. Cohen, faithfully adapted the novel to the big screen. Tommy Lee Wallace assembled an all star cast for the film with the always creepy Tim Curry brought in to play the eponymous Pennywise. ‘It’ was a moderate success with critics and audiences. The film was given an above average 67% score on Rotten Tomatoes and a 6.9/10 score on imdb.com. There was one thing everyone could agree on, though – Tim Curry was magnificent in the film. The actor eventually went on to win a number of awards for his memorable portrayal as Pennywise. 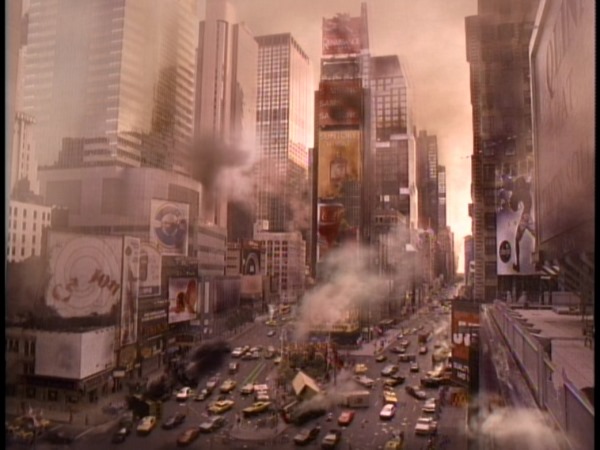 King’s 1969 short story ‘Night Surf’ was a departure for the writer. A post apocalyptic story, Night Surf followed a group of teens living in the fictional town of Anson Beach, New Hampshire as they struggled to survive after a deadly virus called ‘A6’ ravaged the world. King eventually returned to the world of Night Surf in his 1978 novel ‘The Stand’. The novel picked up where Night Surf left off and told more stories about life in the A6 ravaged world. 1994’s ‘The Stand’, directed by Mick Garris and written by King himself, adapted the world of ‘Night Surf’ to the big screen. King took the novel’s story and pared it down to its bare essentials, delivering a well paced, succinct script, while Garris took King’s script and brought it to life with his masterful direction. The Stand was released to mixed reviews. While critics gave the film slightly above average reviews, users scored it a decent 7.3/10 on imdb.com. 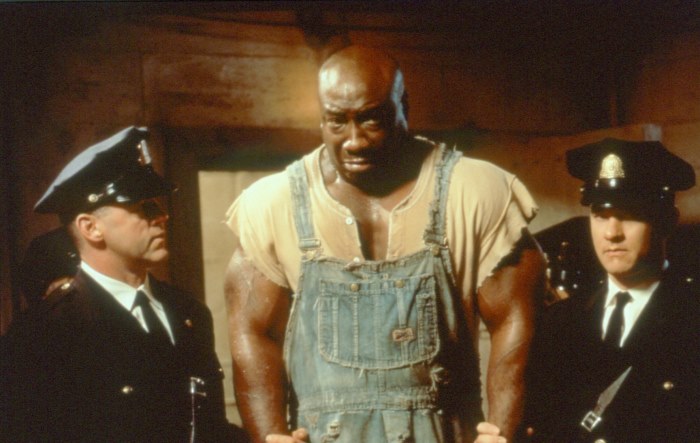 King’s talent for combining the ordinary with the extraordinary is arguably his greatest talent. While many of his contemporaries seem to struggle when combining the ‘real world’ with the supernatural world, King seems to handle the fusion of the two with ease. King’s 1996 novel ‘The Green Mile’ is one of his most accomplished works. Released over six volumes, The Green Mile told the story of Paul Edgecombe, a death row prison worker working at a state penitentiary in Louisiana, USA. The novel followed Edgecombe as he interacted with John Coffey, a death row inmate with incredible healing powers. 1999’s ‘The Green Mile’ adapted King’s novel to film. Writer and director Frank Darabont faithfully adapted the novel to the big screen, delivering a beautifully shot film with fantastic performances from leads Tom Hanks (Edgecombe) and the late Michael Clarke Duncan (Coffey). Critics gave ‘The Green Mile’ positive reviews overall. The film eventually settled on a respectably high score of 80% on Rotten Tomatoes, making it one of the highest scoring films of 1999. The film was also a hit with audiences who scored it a high 8.5/10 on the imdb.com website. 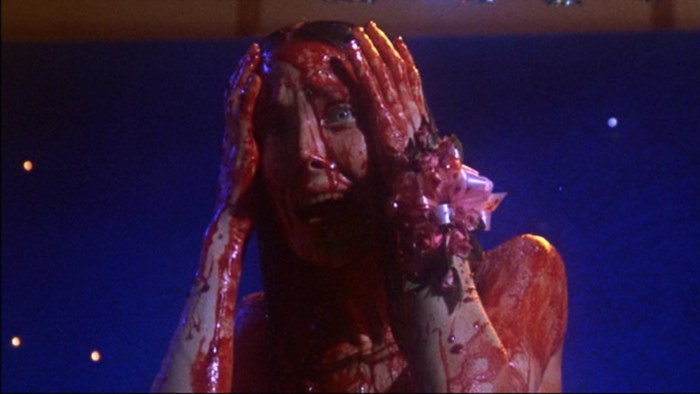 King’s 1974 novel ‘Carrie’ once again showed off the author’s talent for crafting novels with ‘realistic magic’. Carrie followed the exploits of Carrietta ‘Carrie’ White, an American teen suffering abuse from her schoolmates and her religious mother. The novel followed Carrie as she struggled with her home life and school life while learning how to use her newfound telekinetic powers to exact revenge on her tormentors. 1976’s Carrie adapted King’s novel of the same name to film. Director Brian De Palma tapped screenplay writer Lawrence Cohen to translate the novel to film and he cast actress Sissy Spacek to portray Carrie on the big screen. The result was one of the best horror films of the 70s and one of the greatest films ever made. Carrie was released to rave reviews from critics who scored it an exceptional 92% Fresh on Rotten Tomatoes. Audiences similarly rated the film highly, scoring it an above average 7.4/10 on imdb.com. 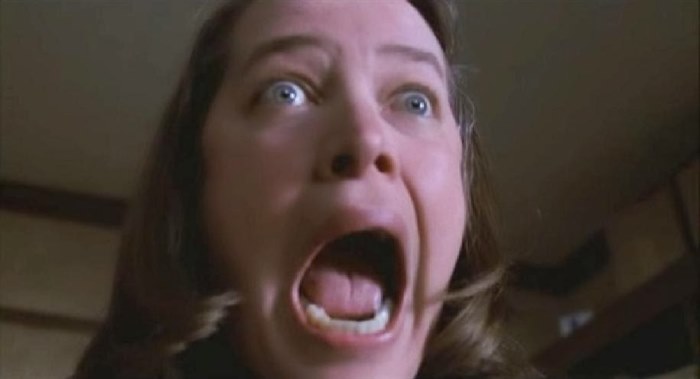 King’s 1987 psychological horror novel ‘Misery’ is one of his most accomplished novels. Unlike many of his other novels, the novel features no supernatural or paranormal events, instead focusing on the madness of men. Misery followed the exploits of novelist Paul Sheldon, an accomplished novelist with a bevy of successful Victorian romance novels under his belt. The novel followed Sheldon as he struggled to escape the clutches of the crazy nurse Annie Wilkes. The 1990 film ‘Misery’ adapted King’s novel for the silver screen. Director Rob Reiner was brought on to direct the film while screenplay writer William Goldman penned its script. Misery was one of the best films of 1990. Lead actor James Caan embodied the character of Paul Sheldon completely, delivering one of his best performances to date, while actress Kathy Bates delivered an Oscar-winning performance as Annie Wilkes. Goldman and Reiner did a fantastic job writing and directing the film, too. Critics, overall, enjoyed Misery, giving it a high Rotten Tomatoes score of 88%. It was audiences who truly fell in love with the film, however, scoring it 7.8/10 on imdb.com. 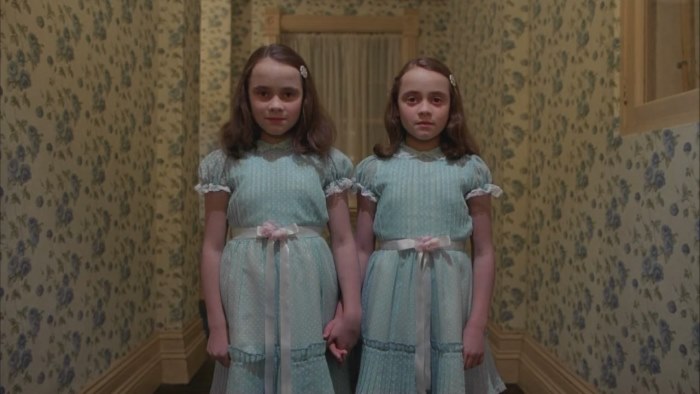 King’s 1977 novel ‘The Shining’ immortalised the phrase ‘all work and no play makes Jack a dull boy’. The phrase, uttered by main character Jack Torrance, has since gone on to become one of the most memorable phrases in modern literature and film. ‘The Shining’ was King’s third published novel. The novel told the story of Jack Torrance, his wife Wendy, and his son Danny. The novel followed Jack and his family as they travelled to a remote hotel where Jack gets possessed by an evil spirit and attempts to murder his family. 1980’s ‘The Shining’ adapted King’s novel to the silver screen, albeit with a few character and story changes. Writer and director Stanley Kubrick cast young actor Jack Nicholson in the titular lead role. The result was cinematic magic. Nicholson was a perfect fit for Torrance and delivered an exceptional performance for the film. Critics adored ‘The Shining’ and gave it an impressive 92% score on Rotten Tomatoes. Movie lovers, similarly, adored the film and gave it rave reviews. The Shining is currently sitting on a high 8.5/10 score on imdb.com and is considered one of the finest movies Hollywood has ever made. 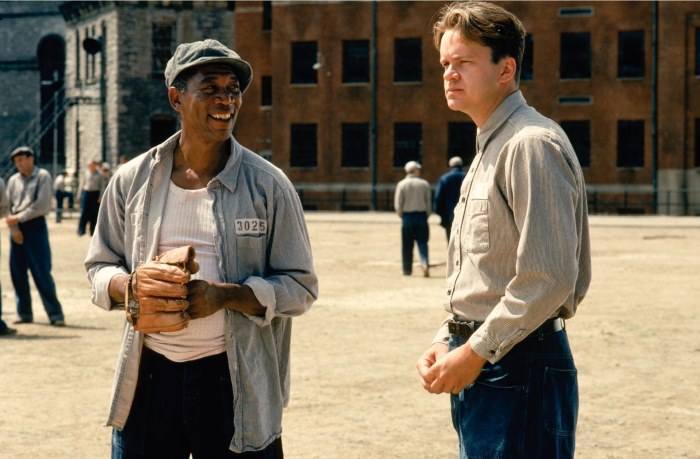 Stephen King’s 1982 novella ‘Rita Hayworth and the Shawshank Redemption’ is generally considered one of his finest works. Released as part of the ‘Different Seasons’ collection, the novella told the story of Andy Dufresne, a banker wrongly imprisoned for life in Shawshank Prison, a giant prison compound in Midwestern America. The novella followed Dufresne as he carefully plotted his escape over a period of 19 years. 1994’s The Shawshank Redemption accurately adapted King’s novella to film. Writer and director Frank Darabont wrote an excellent script for the film and directed it beautifully. He also extracted fantastic performances from lead actors Tim Robbins, who played Dufresne, and Morgan Freeman, who played ‘Red’, Dufresne’s best friend in the prison. The Shawshank Redemption was given high scores by critics who scored it 90% on Rotten Tomatoes. Film lovers around the world rated the film highly too, scoring it an incredibly high 9.3/10 on imdb.com, making it the highest rated film on the popular film site. Today, The Shawshank Redemption is considered the best Stephen King film and one of the greatest films ever made.