We all love a great movie twist. There’s nothing more satisfying than a final act revelation which completely pulls the rug out and leaves us with a gut punch of an ending. However, not all movies manage to pull this off quite so successfully. Some twists seem to come out of nowhere and leave us infuriated as we try and figure out what the hell the screenwriter was thinking. 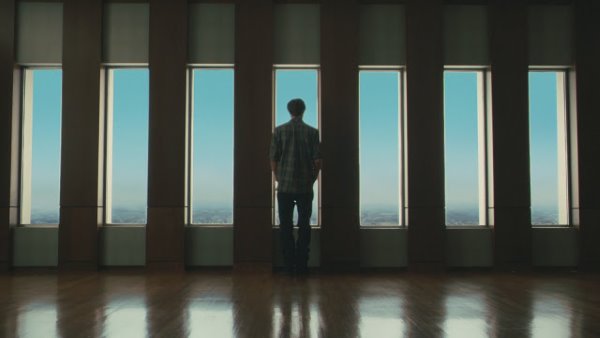 After his brother Michael commits suicide and his family fractures in the aftermath, Tyler Hawkins (Robert Pattinson) isolates himself entirely, rebelling against his businessman father (Pierce Brosnan) and wandering through his life without a purpose. When he connects with Ally (Emilie de Ravin) – the beautiful but traumatized daughter of an overprotective cop who has it out for Tyler – his life takes on new meaning. As their romance blossoms, the two damaged souls set out on a path to mutual healing. Remember Me is a quiet romantic drama up until a final, abusive sucker-punch ending which shows Tyler standing in the World Trade Centre buildings during the 9/11 attack. The film disrespectfully repurposes the tragic event for no discernible reason other than crafting a quick, horrible ending. 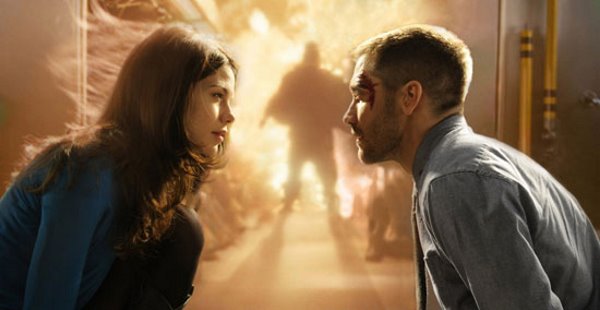 Source Code is an enjoyable sci-fi movie which sees helicopter pilot Colter Stevens (Jake Gyllenhaal) returning back in time to discover the culprit behind a train bombing so he can stop the events from happening. This is all achieved via state of the art Groundhog Day technology which allows Colter to experience the last eight minutes of another compatible person’s life within an alternative timeline – in this case a school teacher. However, the sci-fi enters crazy territory when Stevens is revealed to be a barely-conscious torso wired up to machines in a lab. The machines are what keep him going back to the crime scene so, when Colter’s mission is complete and the machines (along with his life-support) are shut down, his life should go the same way. Except it doesn’t. Instead, Colter gets to take over the life of another man and continue to live in an alternate reality. 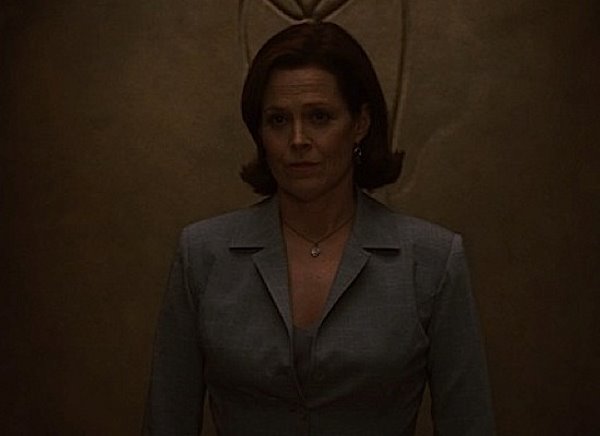 Cabin in the Woods is an undeniably clever meta-horror which pits a group of unsuspecting teenagers in a haunted cabin terrorised by hillbilly killers. It’s revealed early in the movie that they are actually being monitored by a shadowy organisation who are using them in a sacrifice ritual so that the ‘The Ancient Ones’ are appeased and won’t destroy the planet. The movie is full of satisfying twists and turns but the ending – which include a brief appearance by Sigourney Weaver so that she can deliver some last minute exposition – feels underwhelming and winks at the audience a little too much for its own good.

7. Indiana Jones and the Kingdom of the Crystal Skull (2008)

After a long absence, Harrison Ford’s iconic, bullwhip-cracking, fedora-donning archaeologist returned in an adventure that found him partnering with his son Mutt to prevent the Russians from gaining possession of powerful artifacts. At the height of the Cold War, Soviet soldiers pursue Indiana Jones and Mutt into the jungles of Peru in order to secure mysterious crystal skulls and harness their otherworldly abilities. It all sounds like pulpy adventure material, until it is revealed that the crystal skulls belonged to inter-dimensional beings who were once worshipped as gods by ancient Mayans. When the Soviets arrive and attach a skull to the head of one alien skeleton, the beings begin to communicate with the group. As the temple collapses around them, the crew escape just in time to watch a flying saucer disappear in the sky. After such a long gap between the original trilogy there was no way that the Crystal Skull was going to satisfy on every level, but this ‘revelation’ was just too much for an Indiana Jones flick.

The Descent is a chillingly effective horror movie about six advenurous female friends who are hunted by a band of flesh-eating humanoid creatures as they try to escape an unmapped cave system. The movie gained a cult following for its claustrophobic, unsettling atmosphere and many viewers were left shocked by its ambiguous ending. The sequel is almost identical to the first movie and has an ending that is far more confusing and, well, completely illogical. At the end, lone survivor Rios manages to escape from the caves only to be suddenly hit in the head with a spade by a truck driver seen briefly at the beginning of the movie. He drops her body back into the cave to be eaten by the creatures, but literally no explanation is given for his actions.

The Happening is a tiresome sci-fi from M Night Shyamalan which is all about people killing themselves in horrific and gruesome ways. Viewers spend the movie wondering what might be causing the mass suicides. Is it mind control? Is it infection? Is it aliens? Well, it turns out that plants, after co-existing with humans for hundreds of thousands of years, suddenly got mad that we were doing harm to the planet and decided to release massive amounts of hormones into the atmosphere that caused us all to kill ourselves. 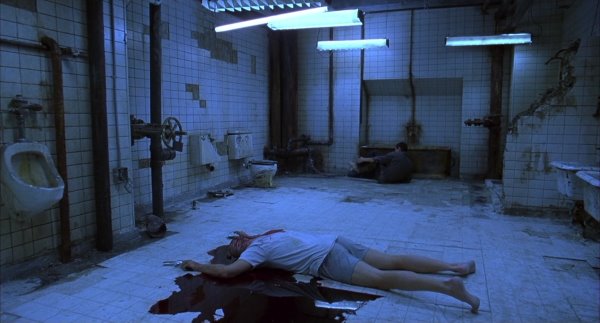 Two men awaken chained to pipes in a disused bathroom. A dead body lying between them holds a tape recorder which reveals they are prisoners of Jigsaw – a sadistic killer who likes to play games with his victims. Jigsaw pits the two men against each other to see who has what it takes to survive. Saw was a low-budget horror effort which kept audiences on the edge of their seats, but the tense premise is completely undermined in the final act. After one of the men, Lawrence, saws off his foot off and shoots his companion Adam, one of Jigsaw’s cronies enters to kill him but is bludgeoned to death by a heavily bleeding Adam. Lawrence crawls to get help, leaving Adam still shackled. The dead body, which has been between them the whole time, suddenly stands up and reveals himself as the Jigsaw killer. When Adam tries to shoot him, Jigsaw shocks him and knocks the gun away. He then seals the door and leaves Adam to die in the dark. Having a corpse suddenly rise to life is a strange twist that comes out of absolutely nowhere and insults the intelligence of the two main characters – as well as the audience. 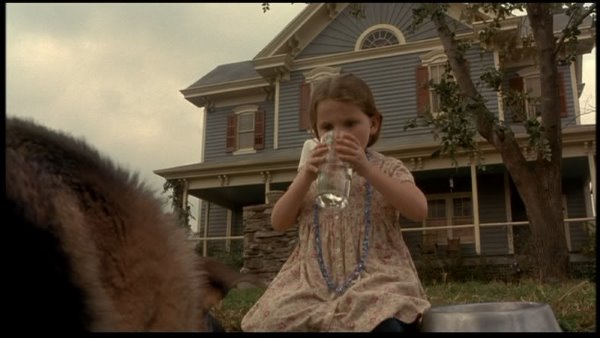 Another sci-fi effort from M Night Shyamalan, Signs focuses on a former Episcopal priest who discovers a series of crop circles in his cornfield. He slowly becomes convinced that the phenomena are a result of extraterrestrial life and is proven right when aliens terrorise him and his family in their home. However, Shyamalan completely smashes any intrigue surrounding the aliens by killing them off in the most ridiculous way: their weakness is water. It doesn’t make sense that an alien race allergic to H2O would consider invading a planet full of the stuff, but the sudden turnaround is handled so poorly that it diminishes all the solid tension that came before.

Ben and Chon are two pot growers living the dream in sunny California. They have wealth, power and a passionate, shared romance with O, a beautiful pothead who loves both men equally. The trio are shocked out of their reverie when Mexican cartel leader Elena demands to do business with them and gets her right-hand man to kidnap O and put pressure on the pot growers. Joining with the DEA, they set out to take down Elena and rescue O. When all hell breaks loose a furious firefight erupts between the two parties and Ben is fatally wounded. Unwilling to live without one-third of their love triangle, Chon and O intentionally overdose right then and there. Then comes the twist. A voice-over from O tells us that what we just saw was just in her head, some nihilistic daydream. None of it actually happened. Instead of the bloody shoot-out, Elena is quickly apprehended. After the revelation the audience is left sitting there robbed of the last 20 minutes of action which was just a dream. 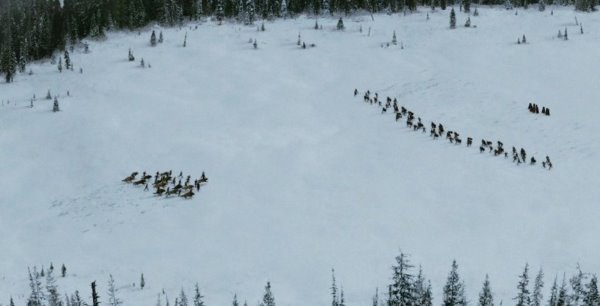 Breaking Dawn featured the kind of big battle you would expect from the finale of a successful, multi-million dollar trilogy. As Bella and Edward try to project their new baby from the council of governing vampires, tension finally reaches breaking point. All hell breaks loose as warring vampires and werewolves attack each other in a huge final confrontation which many fans and non-fans had been waiting for. However, it’s ultimately revealed that the final, big action scene (which sees many fan-favourite characters suffering from tragic demises) was actually all a vision shared by one of the main characters. When they see this, the bad guy vampires just walk away. After investing in the emotional rollercoaster of the big battle, the audience is basically left cheated for no reason at all. Which, let’s face it, neatly sums up the entire series quite well – a waste of time and money.