Following up a successful movie is no easy feat. Filmmakers are faced with the tricky task of finding a natural direction for the story and characters to go in without rehashing the original material. Audiences want to feel like they are seeing something which is just as exciting and entertaining as the predecessor and, although many movies definitely fall short in this regard, a special few manage to follow up even better than before.

Doug Liman may have helped launch Matt Damon’s action career with The Bourne Identity, but Paul Greengrass helped steer the franchise into what we know it as now. From the opening scene, Greengrass pulls off a cleaner, edgier film with docu-style cinematography and plenty of action which is as brutal as it is shaky. Killing off the love interest in the first act and adding Karl Urban’s formidable assassin into the mix, Greengrass creates a tense, unforgettable entry in the spy genre. The Bourne Supremacy has provided the template for countless action movies like the reboot of James Bond and the recent Mission: Impossible films. 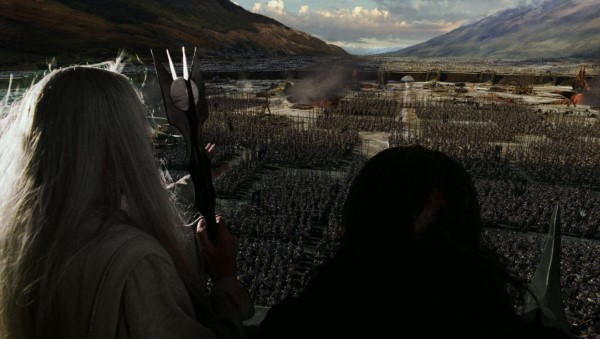 The Fellowship of the Ring introduced audiences to a band of merry humans, hobbits, elves and dwarfs as they set out on a quest to destroy a powerful ring in the depths of Mordor. However, its in the sequel where the story really starts to pick up. We get to see Gandalf battle a Balrog, Treebeard call upon the Ents and experience the trilogy’s first truly spectacular battle sequence. Most importantly, The Two Towers introduces us to our first clear look at Andy Serkis’ scene stealing, motion-capture performance as Gollum. Serkis gives an unforgettably unhinged performance as the creature constantly argues with his own split personality and, when he decides to betray Frodo at the end of the movie, we’re left with one hell of a cliffhanger. 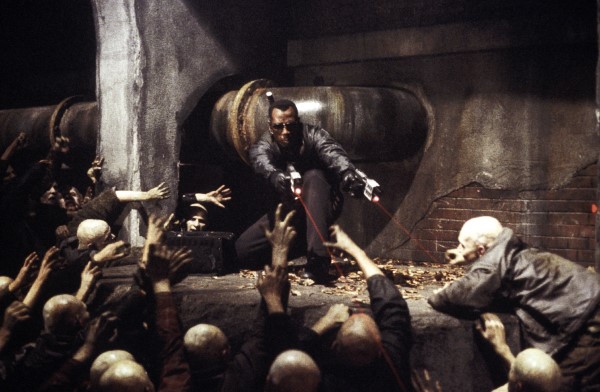 Blade helped prove that superhero movies could be scary, bloody and still profitable at the box office. However, under the direction of Guillermo Del Toro the series went to a whole new level. Blade II takes the classic – and slightly overused – trope of vampires versus humans (well, half-humans) and shakes it up with a vampire vs vampire conflict. With some dramatically improved visuals (although there is still some dicey CGI), bigger fight scenes and wittier one liners, it comes as no surprise that Blade II is the best entry in the series. 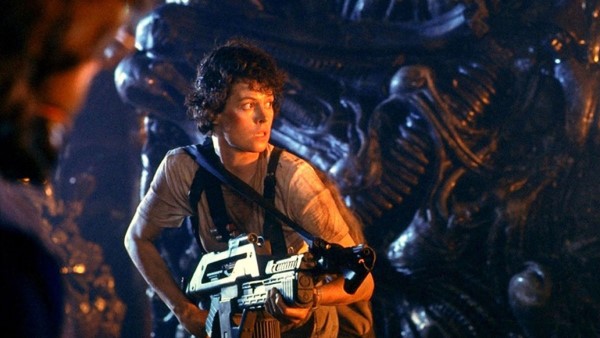 Alien gave us a genre-defining, atmospheric horror movie set in outer space, but James Cameron decided to go in a completely different direction for the sequel. Aliens is an all-out actionfest where heroine Ripley truly shows her distaste for xenomorphs. It could have been so easy for the movie to fall flat on its face and miss the mark – after all, an action sequel to a truly great horror film could seem like nothing more than a cash in – but Cameron pulls it off without it seeming forced. Ripley has an excellent supporting cast of cocky marines and slimy corporate suits who just don’t quite seem to get the message that this is one nest of bugs they shouldn’t be messing with. Donning her yellow robo suit to fight the Queen Alien during the gripping final scene, Ripley cements herself as one of the most kickass female characters in the history of cinema. 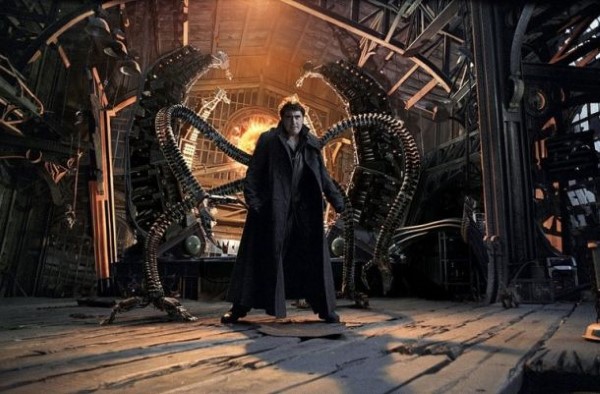 Although ‘Spider-Man’ was a hit at the box office and with audiences, it still felt as though it was lacking something. The Green Goblin was an excellent villain, but his Power Ranger inspired costume was a bit too comical to be taken as a serious threat. Spider-Man 2 fixed this problem with the addition of Doc Ock as the conflicted, sympathetic villain who was attached to four artificially intelligent metal tentacles. Alfred Molina’s turn as the troubled scientist gives the audience a more believable villain and the improvements in CGI contributed to the much improved action sequences. The sequel even manages to take a darker turn thanks to director Sam Raimi’s deft horror skills (the hospital scene is perhaps the highlight of the entire franchise), but Spider-Man 2 still manages to be one of the genre’s most defining movies.

Although it’s impossible to deny that Nolan’s Batman Begins did a stellar job at reimagining our favourite caped crusader after the bat-nippled disaster that was Batman & Robin, The Dark Knight took the formula one step further. From the Heat inspired opening bank robbery to Batman holidaying in China and all the way through to the explosive finale, everything gets a bump up in terms of action and suspense. But really its Heath Ledger’s Oscar winning performance as the Joker which steals the show. We’re presented with something rare in comic book movies – a character with no origin story who is only there to cause chaos and upset everybody’s day.

With T2, James Cameron managed to create another sequel which bested its predecessor by turning the genre upside down. Whereas Terminator was a sci-fi thriller, the sequel expanded on the universe with the help of a healthy dose of action and some cheeky catchphrases. Our main villain is no longer the bulky T-800 but rather Robert Patrick’s metal morphing T-1000. Thanks to some groundbreaking special effects which still hold up today, audiences were left open-jawed when they first saw the silver adversary transform his arms into stabbing weapons. However, T2 really owes its success and popularity to the evolution of Sarah Connor. She is no longer the innocent waitress with ice-cream in her apron and has been transformed into a trained fighter who will give anything to see her son John become the destined saviour of humanity. Even if that means teaming up with a machine which tried to kill her. 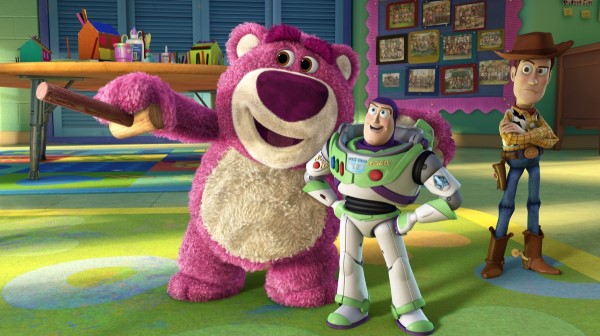 Toy Story may have ushered in the era of CGI animated features, but it was Toy Story 3 which made us realise just how much these classic plastic characters really meant to us. We leave the happy world from the first two movies and see just what happens to toys when their owner becomes too grownup to play with them. It’s impossible not to feel a pang of guilt and sorrow when Andy casts his toys aside as he gears up to go to college and it feels as if the plot of Toy Story 3 has matured along with its audience. Addressing issues like abandonment and loss of childhood innocence, it would take someone with a heart of stone to not feel a little lump in their throat when Woody gives a final ‘so long, partner’ and Andy says goodbye. 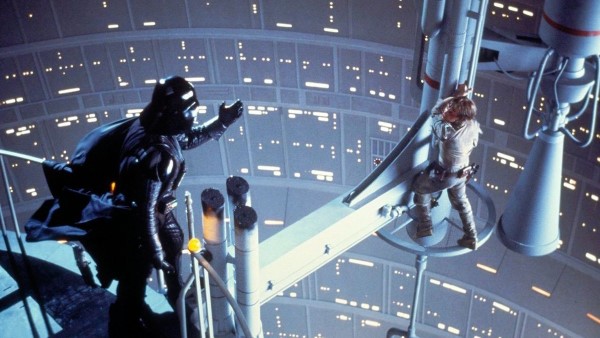 Like all good sequels, the Empire Strikes Back takes what was established in A New Hope and expands it. The action is no longer centered on just one planet as the sequel takes us from the cold depths of Hoth (beware the Wampa), to the soaring heights of Cloud City (try not to be betrayed by an old pal) all the way to the swamps of Dagobah where we meet our anti-social mini-Jedi, Yoda. Empire also gives us our favourite light-saber showdown – complete with shattering windows and lost limbs – which is a massive improvement over what we saw in the first movie. It’s also impossible to forget Vader’s infamous line which managed to shock audiences to their very core. However, the best element of the movie is how our heroes don’t end on a high note and are left bruised, battered and almost defeated. Luke loses his hand, Han is in carbonite and Chewie is depressed and just wants to howl. 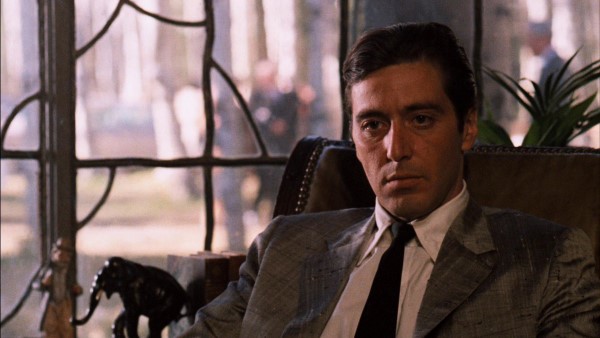 The Godfather Part II is often considered the perfect sequel – no easy feat seeing as it followed the perfect direction, tight storytelling and unforgettable performances of the Godfather. What elevates Part II is its deft ability to be both a sequel and a prequel. We’re presented with a rubber-banding narration which flashes between Vito Corleone’s early beginnings and Michael’s continued rise to power. It’s a devastating contrast as we bear witness to the loss of Michael’s humanity and watch him going further and further down a criminal path which his father didn’t want for him. The film is unapologetic with its 200 minute running length, and rightly so. Despite the immense scope, scenes don’t drag or feel unnecessary and the sequel is a clean, crisp film that somehow even manages to be better than the first. Pacino is on top of his game, De Niro gives us his first Oscar winning performance and Cazale’s turn as elder jealous Fredo just breaks our heart with each viewing.

Top 10 On Set Injuries which Made it Into Movies

Top 10 Time Travel Movies That Are Worth Your Time