It’s hard to act surprised when Hollywood announces that it is yet again remaking or rebooting another movie for modern audiences. Let’s face it, even the most sacred of classics have caught the attention of cash-grabbing studio executives. Most remakes seem to range between ‘bad’ and ‘not that bad’ – the latter category providing movies which are serviceable but still not a patch on the original. However, a very lucky few actually manage to surpass the quality of their source material.

It’s not easy for any actor to rival Steve McQueen in terms of pure cinematic coolness, but Pierce Brosnan manages to outshine the classic movie icon in the sizzling remake of the Thomas Crown Affair. Still carrying his 007 charisma and swagger, Brosnan seems much more suited to play the bored millionaire who turns to heisting to entertain himself and he perfectly plays off the sexual chemistry shared with Rene Russo. The remake improves the cat-and-mouse dynamic which is at the heart of the movie and the final ‘reverse’ heist in the art gallery is one of the coolest sequences in cinema. 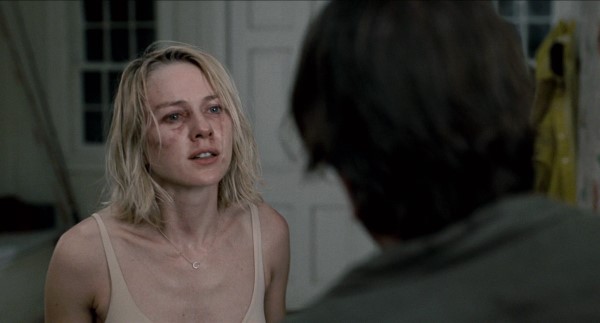 It’s not unheard of for a director to remake one of their own movies, especially when they want to bring their work to a different audience without compromising their original vision. However, it is surprising when a director creates a shot-for-shot remake of one of their previous works. Austrian director Michael Haneke did just that in 2007 when he chose to remake his brutal 1997 thriller Funny Games. Although he transported the setting from Austria to the United States and cast different actors, the remake is pretty much identical to the original – Haneke even went as far to use the exact dimensions of the original set. However, it wasn’t a pointless endeavour as the disturbing movie is meant to be a commentary on the use of violence as entertainment, so the American remake couldn’t have come at a better time than during the rise in popularity of nasty ‘torture porn’ movies.

The original Ocean’s Eleven is a pretty breezy and jaunty Rat Pack vehicle from 1960. The gang play WWII veterans who plan to rob five casinos on one night, but the movie really just feels like an excuse for the buddies to get together and have some cinematic fun in their stomping ground of Las Vegas. A remake seemed like an odd choice for indie director Steven Soderbergh and the all-star cast just seemed to scream ‘cash grab’. However, Soderbergh once again proved his eclectic filmmaking skills could handle pretty much any genre he set his eyes on and the result is one of the most stylish and energetic heist movies ever made. 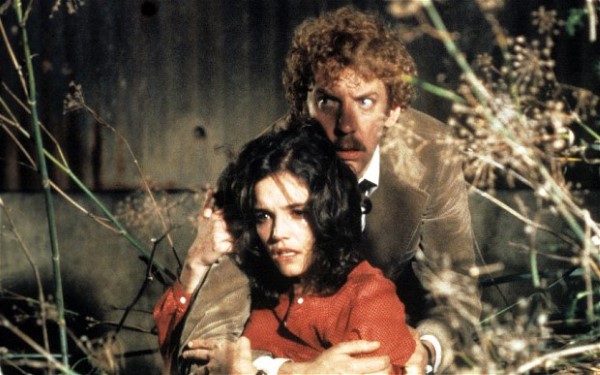 Don Siegel’s 1956 Invasion of the Body Snatchers is a surprisingly bleak and effective sci-fi horror with a timeless ’small town invaded by aliens’ motif. The original still holds up thanks to its central themes of paranoia and free will (which also neatly tie into the era’s concerns about McCarthyism) and also because there’s no hokey special effects or rubbery alien costumes on display. The 1978 remake takes the essence of the original movie and spins it into something much bigger and very different. Set in San Francisco, the scale of the invasion of the ‘pod people’ is escalated and seems much more threatening and real. This setting provides commentary on the self-centredness and indifference of inner-city life while also exaggerating the sweaty feeling of paranoia (like so many great conspiracy movies from the decade). The slow burn of the remake gives more breathing room for the suspense to really build up but it still knows how and when to show its horror hand with some truly shocking special effects (the dog/human hybrid is a standout) and unforgettable scenes of screeching pod people. 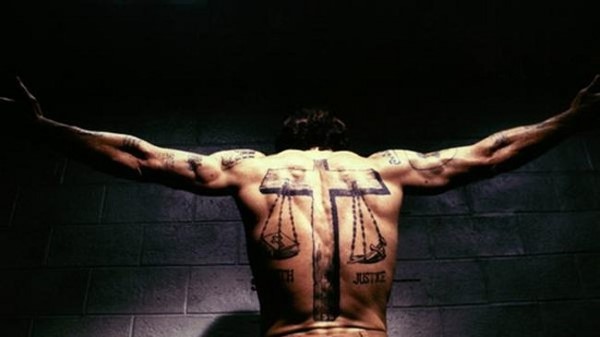 The Departed wasn’t Scorsese’s first foray into remake territory. Hot off the success of Goodfellas a year earlier, the acclaimed director set his sights on a remake of classic psychological thriller Cape Fear in 1991. The original movie follows lawyer Sam Bowden (played by Gregory Peck) as he is hounded by recently released criminal Max Cady (a menacing Robert Mitchum) after he helped put him behind bars. Scorsese considerably changes the relationship between these two men as his version of Bowden (Nick Nolte) deliberately buries evidence to ensure that Cady (Robert De Niro) spends time behind bars for his violent sexual crime on a young woman. This new dynamic is much more interesting and Scorsese’s masterful filmmaking helps keep the tension simmering away as he pays respectful homage to the original (even going so far to use Bernard Hermann’s original score and including cameos for both Peck and Mitchum) while putting his own twist on the proceedings. 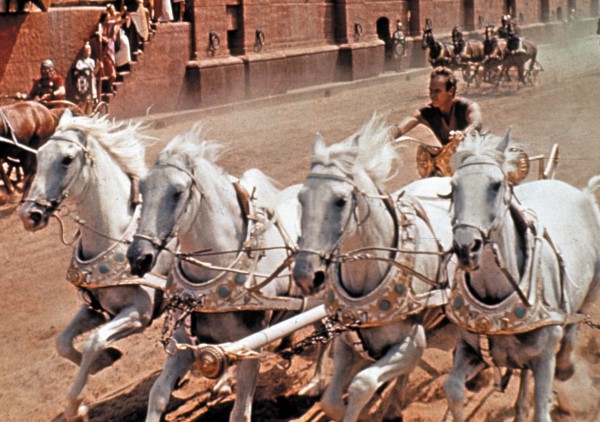 It may seem unfair comparing Ben-Hur – which is well-known for being at the time the biggest and most expensive production in cinema history – to a silent movie made 30 years earlier, but the original adaptation of Ben-Hur: A Tale of the Christ from 1925 was also a record-breaking expenditure. With a staggering budget of $3.9 million, the original Ben-Hur was by far the most expensive movie of the silent era (in fact, it held the record until 1946 when it was finally beaten by the budget of Duel in the Sun) and to this day it is still a staggering technical accomplishment. However, despite being such a massive production it simply cannot compete with the epic, grand scale of the Charlton Heston classic. The recreation of ancient Roman is truly breathtaking and the chariot race is still one of the most thrilling sequences ever devoted to celluloid (both achieved without a scrap of CGI!). It’s still one of the biggest and best that Hollywood has ever had to offer. 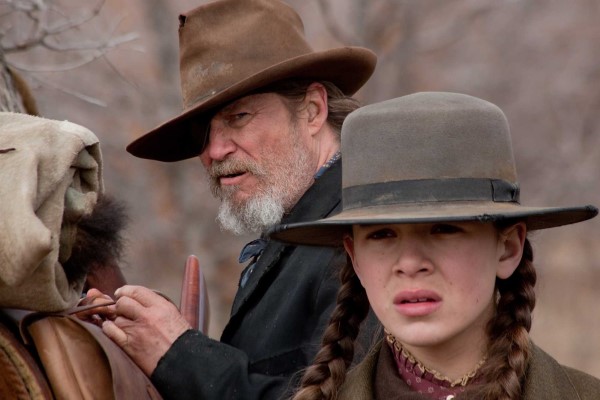 John Wayne may have been the face of the Western genre, but it’s not unfair to say that his characters tended to blend into one another. Still, even with the Coen Brothers behind the camera and Jeff Bridges stepping into the role of grizzled U.S. marshall Rooster Cogburn, many were hesitant about whether a remake could do justice to one of Wayne’s most iconic roles (it was also the one that finally nabbed him an Oscar). Fortunately, by sticking closer to the original novel the Coens’ adaptation/remake feels like it has much more ‘grit’ – the focus is returned back to tough-talking 14 year old Mattie Ross rather than just on Rooster, the script is infused with the Coens’ masterful dialogue (the humour from the original novel makes a welcome return) and few Westerns look as good as they do with Roger Deakins’ accomplished cinematography. 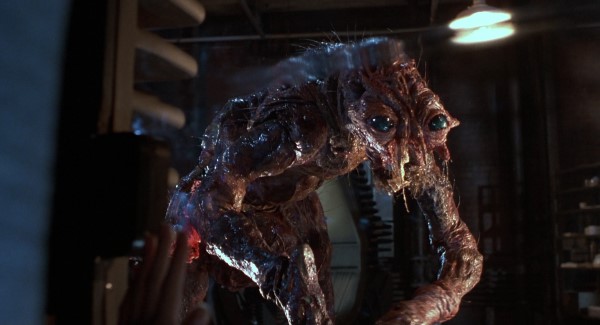 The plot of the original Fly from 1958 and David Cronenberg’s remake are mostly the same – a scientist experimenting with matter teleportation uses himself as a guinea pig and is accidentally morphed with a fly – but the execution and tone are completely different. The original Fly is at its heart a mad scientist B-Movie which manages to deliver an unnerving, effective atmosphere that doesn’t stray too far into the campness of the genre. In the original, the effects of the experiment are a dramatic reveal but for the remake Cronenberg instead almost entirely focuses on this transformation process. There’s plenty of grotesque, practical effect work on offer as scientist Seth Brundle (a brilliant performance by Jeff Goldblum) literally starts falling apart and turning into a grotesque hybrid abomination, but the acclaimed master of ‘body horror’ also manages to deliver tragedy and despair amongst all the ickiness. 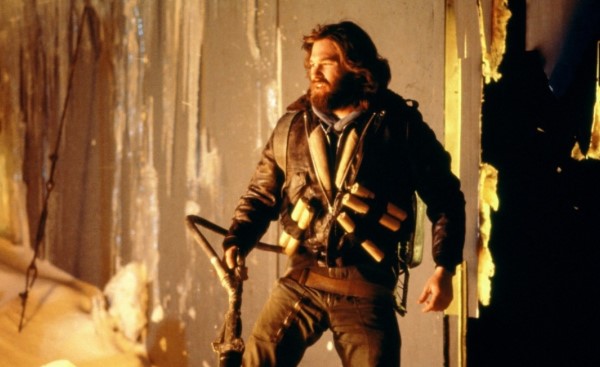 John Carpenter succeeded on every level when he remade B-Movie classic The Thing From Another World. Although both movies retain the original premise where a spacecraft crashes near an arctic outpost and the alien survivor wreaks havoc on the inhabitants of the remote location, Carpenter stays closer to the original sci-fi novella “Who Goes There?” and brings back the alien’s ability to shapeshift into other lifeforms. There’s a genuine sense of pure terror as Carpenter masterfully makes full use of the confined, claustrophobic arctic environment, and the men really do feel trapped and helpless as the creature moves between their ranks. The Thing is one of the most suspenseful horror movies ever made and it features truly groundbreaking practical effects which are still to this day widely held to be some of the best in cinema history.

Top 10 Movies You Can Watch Again and Again