Nothing breaks the reality and immersion of a movie like a cheesy sex scene. Whether it’s because of unbelievable moans, tacky porn-lite music in the background, ridiculously soft lighting or ‘tasteful’ nudity where nothing is actually on display, even some of the best movies can get it completely wrong when it comes to two characters engaging in some under the sheets action. Sometimes realism – even if that means lots of fumbling and some awkward undressing – is much hotter than any over-the-top sex scene.

Is it cheating if a movie sex scene is so realistic because it is actually real? There are many examples of non-pornographic movies featuring unsimulated sex acts (9 Songs, Shortbus, Romance, to name a few), but few caused as much controversy as The Brown Bunny. Vincent Gallo became an indie darling when his low-budget debut Buffalo ‘66 was released in 1998, but his follow up The Brown Bunny was savaged by critics when it debuted at Cannes Film Festival in 2003. The movie attracted considerable discussion because it featured a fairly lengthy and graphic scene where actress Chloe Sevigny performed oral sex on Gallo. It’s admittedly pretty boring and, like the rest of the movie, there’s little reason for it. However, it did get people talking about the movie – albeit for the wrong reasons – and, despite being dropped by her talent agency because of the controversy The Brown Bunny stirred up prior to its release, Chloe Sevigny is arguably the most famous actress to perform unsimulated sex on camera without it ending her career.

Coming-of-age drama Spectacular Now perfectly captures the awkward, not-quite-perfect nature of adolescent sex. There’s fumbling with the condom, giggling, whispering and a little bit too much kissing as the two lead characters Sutter and Aimee do it for the first time. It’s certainly not one of the hottest sex scenes out there, but it is undeniably realistic.

Mexican drama Y Tu Mamá También is practically devoted to sex and sensuality. When close friends Julio and Tenoch go on a road trip with mature older woman Lucia, the trio spend their time openly discussing their sexual experiences while the oversexed two young men each try to impress Lucia. The movie has a pretty open attitude towards sex and it sizzles with natural, passionate energy. The relationship and dynamic between the three characters eventually climaxes in a threeway and, although it’s only a short scene which cuts away early, there’s realistic awkwardness and confusion as Lucia goes down on both men while they finally explore unresolved feelings of male friendship by engaging in some pretty passionate kissing with each other.

Blue Valentine is a mature, emotionally devastating look at relationships, and the movie made sure to extend this realism to its sex scenes. Its release attracted attention when the movie received an NC-17 rating in America because it contained an explicit oral sex scene. Surprisingly, the classification was because of a rare onscreen example of a man going down on a woman and, although very little is seen (it’s basically just a lingering side-on shot of a Gosling with his head between Williams’ thighs), the groaning and realism of the scene resulted in Blue Valentine receiving a harsher rating which is normally reserved for movies with the most explicit content.

When bored housewife Connie bumps into seductive stranger Paul the chance encounter immediately turns into a steamy love affair. The two continue to meet up for secret rendezvous, but one day Connie finds Paul with another woman in his apartment. Connie storms off enraged but Paul quickly catches up with her and pins her to the wall. The pair’s angry, argumentative struggle turns to passion as the two have sex there and then in the hallway. It may only be a short scene but its realism comes from the frantic, uncontrollable spontaneity as Connie shows that she just can’t resist the passion of her secret lover.

Savaged by critics and a bomb at the box office, Original Sin was a period melodrama which was largely ignored when it was released in cinemas. It’s a shame because it features one of the hottest and prolonged sex scenes in a mainstream movie between two A-list actors. Original Sin contains a lengthy scene where the two stars which gives the Kama Sutra a run for its money. They cycle through as many different positions as possible as Jolie is spread, flipped and pounded by a very enthusiastic Banderas. Despite some cheesy cuts and swooping camera shots (which, thankfully, show everything), this hot couple of minutes almost makes Original Sin worth watching.

An early scene in A History of Violence sees long-term married couple Tom and Edie engage in some playful cheerleader role-play on date night, but their seemingly happy, ‘normal’ sex life takes a much darker turn when Edie learns about Tom’s true criminal past. This leads to the two arguing with each other on a staircase but, as Tom violently struggles with Edie, the couple become overwhelmed with passion and lust and they frantically have awkward sex there and then. Even though they are both willing and consensual, the mix of violence and sex makes it a controversial and difficult scene.

Rated NC-17 when it was released in America, Shame courted controversy for its frank, natural depiction of a man suffering from sex addiction. Brandon spends most of his time looking at pornography or having sex with strangers, but his dysfunctional life unravels even more when his overbearing, similarly troubled younger sister moves in with him. At the end of the movie, a desperate Brandon visits an underground gay bar after being rejected from a nightclub and briefly participates in group sex. After he leaves, he hires two (female) prostitutes and takes them back to an apartment. The intense, realistic scene leaves very little to the imagination as the three switch between each other while having sweaty, grinding sex.

Easily one of the most talked-about sex scenes off all time, the onscreen passion between Donald Sutherland and Julie Christie in the weird psychological thriller Don’t Look Now resulted in people speculating about whether the two actually did have sex for years after the movie’s release (Christie’s then-boyfriend Warren Beatty even allegedly flew to London while the movie was being edited and demanded that the scene be cut out). Despite rumours that there exists a full, uncensored version of the scene, both actors have repeatedly said that the sex was simulated and the power and realism lies in how it’s shot and edited. Weirdly, it’s the disjointed nature of the scene – which splices the couple having sex in the bedroom with shots of them getting dressed and getting ready to go out – which makes it so realistic. Director Nicolas Roeg purposefully did this to skirt around restrictions voiced by censors (which included no humping or shots of the “the rise and fall between the thighs”), but the result makes the scene seem much more explicit that it actually is. The scene is undeniably racy and it’s easy to see why the seemingly natural performance between the two actors caused such an outrage when the movie was first released in 1973. 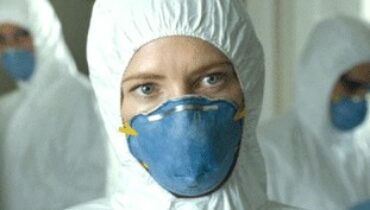