In Europe there are many waterfalls, from large to small, from high to low, from noiseless to clattering loudly. Every waterfall is different. The waterfalls in this list are very impressive. They are extremely high, strikingly unique, and have exceptional geothermal or other special qualities. These ten waterfalls are chosen from hundreds of waterfalls. They are a sight to behold, more than just a little water pouring down.

10. Waterfalls around the hot springs of Saturnia (Italy) 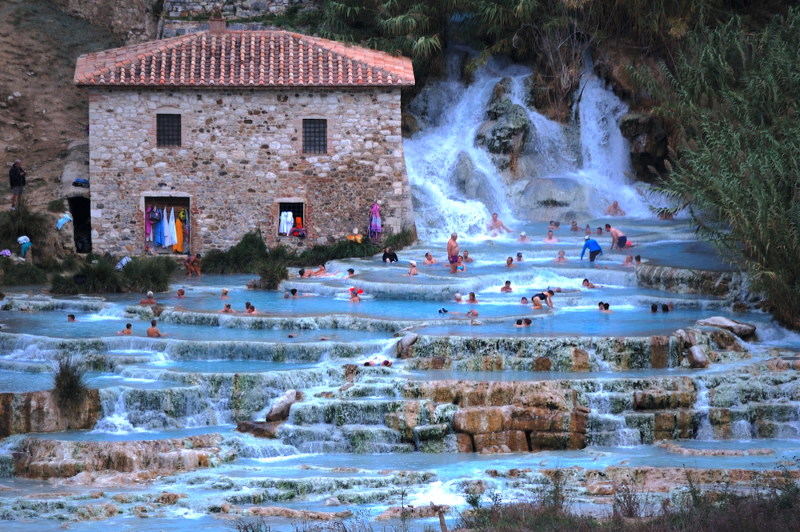 The water at the bottom of the geothermal waterfalls near the village of Saturnia in scenic Italian Tuscany has been popular with bathers since Roman times. The clear blue, spa-like water at the bottom of the different falls is divided into areas where you have to pay entrance and where you can bathe for free. There is the Spa Resort Thermes of Saturnia, but there are also places where you can dive into the warm, therapeutic water for free in a beautiful, natural environment. While enjoying the sound and the view of rattling waterfalls, such as the Mill waterfall and the Gorello Waterfall, it is especially wonderful to relax here. 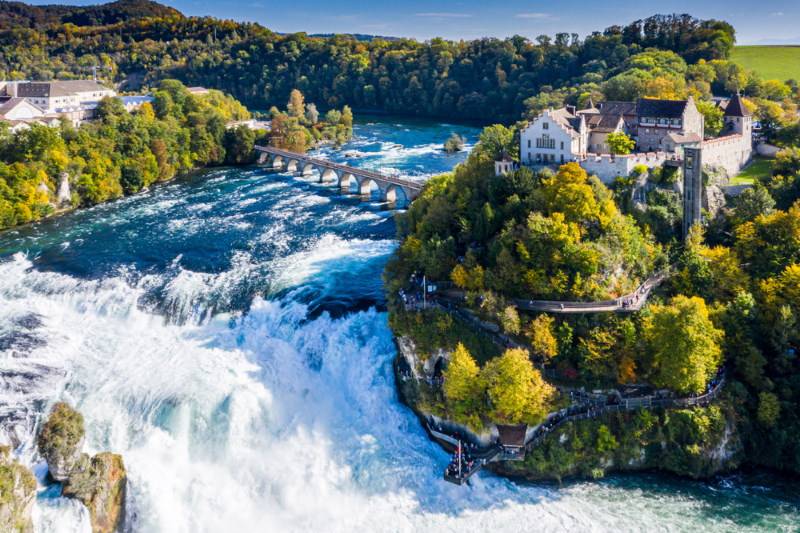 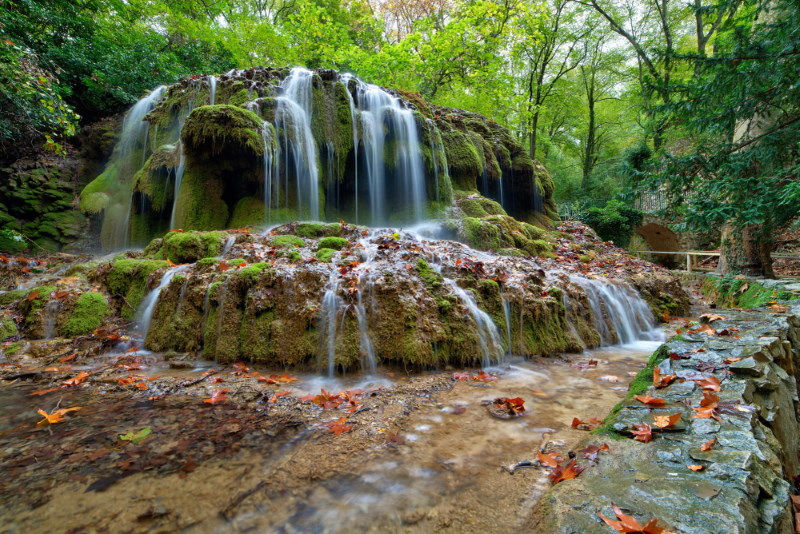 Saint-Pons Park is located in the South of France, about half an hour’s drive from Marseille . There is a beautiful waterfall about a two-hour walk from the entrance to this park. That is quite a long walk, but you will be rewarded! At this waterfall, many small water streams flow over a huge width through mossy rocks in the river below. As a bonus, close to the spectacular waterfall, you will find a monastery dating back to the early 13th century: the Cistercian Abbey. 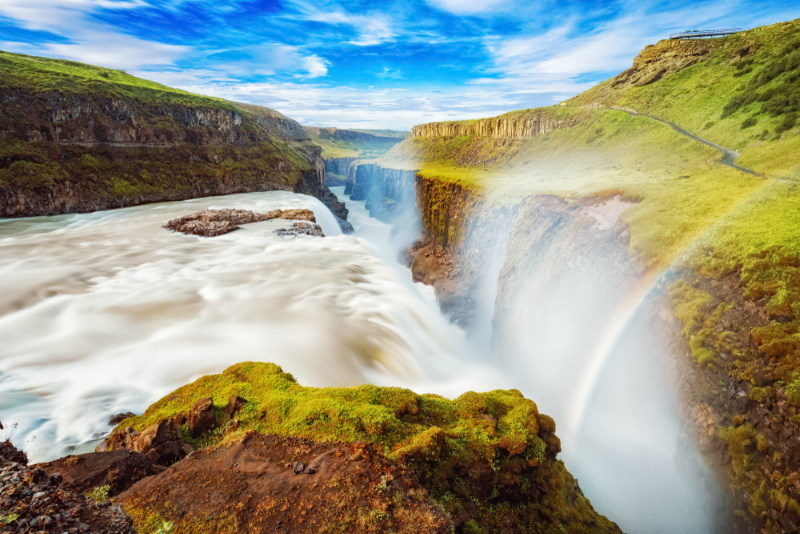 Gullfoss waterfall in Iceland is also called the “Golden Waterfall” because the color appears gold when the water flows in the sunlight. The water comes from the Lángjökull Glacier and is divided into three waterfalls. They are very long and make a sharp turn with the river, creating an immense foamy stream of water in the narrow river below. To tame the water flow, there is a plan to install a hydroelectric power station, but it has not yet been implemented. And that makes the spectacle of Gullfoss remain: the water flows freely and wildly! 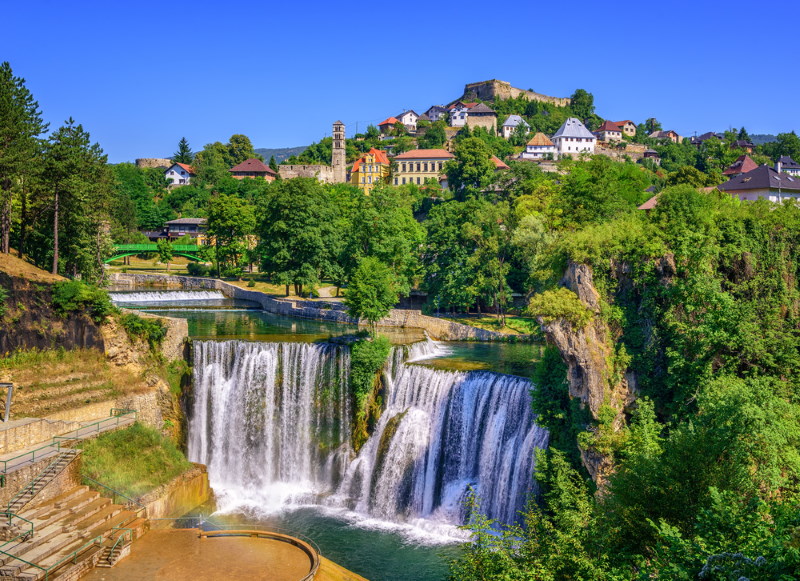 Although the Pliva Waterfall with its enormous width is beautiful, at this waterfall in Bosnia and Herzegovina the background in particular gives the extra touch of beauty. That is the village of Jajce, which is located high on a hill. The village has historic buildings, fortifications and a 14th century fortress. A short distance from the Pliva Waterfall, in the direction of the Pliva Lakes, are a number of smaller waterfalls with water mills, dating from the late 19th century. 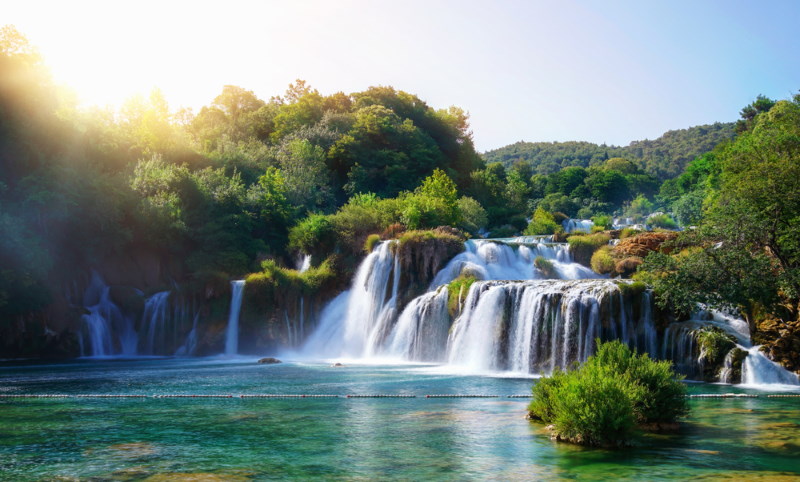 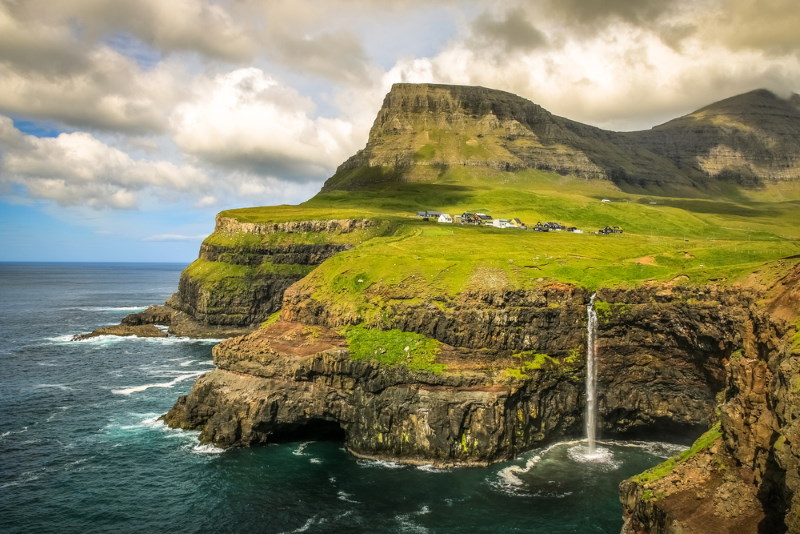 The Faroe Islands probably isn’t the first place you think about going on vacation. But did you know that this Danish archipelago in the North Atlantic Ocean, between the United Kingdom, Norway and Iceland, has an exceptional charm? Less than fifty thousand people live on the Faroe Islands. Still, there are good roads. And the Gásadalur waterfall, which descends from a high rock above the sea, with in the background a small village with green lawns and mountains is spectacular! It is not without reason that this waterfall and its surroundings have already been placed on postage stamps and used for other purposes 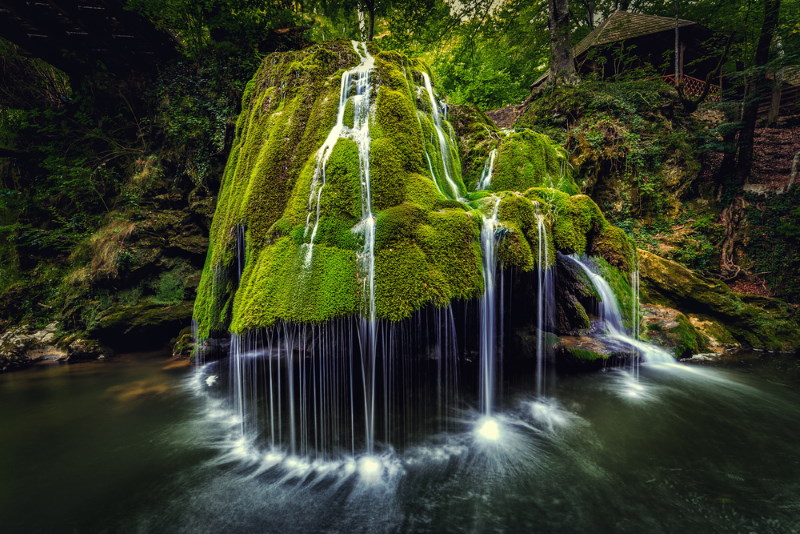 This waterfall in Romania is sometimes called the most impressive waterfall in the world. That is because it is a very exceptional waterfall. The water flows from a protuberance of a rock, down through bright green moss and is split at the edge of the moss into hundreds of smaller streams, which splash into the river from a great height. In this way the water forms a kind of glittering veil around the rock. You can admire this waterfall from below, but also from above. There you can see how the water flows down from a cave. As with many waterfalls, at this waterfall it is important that you wear good shoes so that you do not slip. 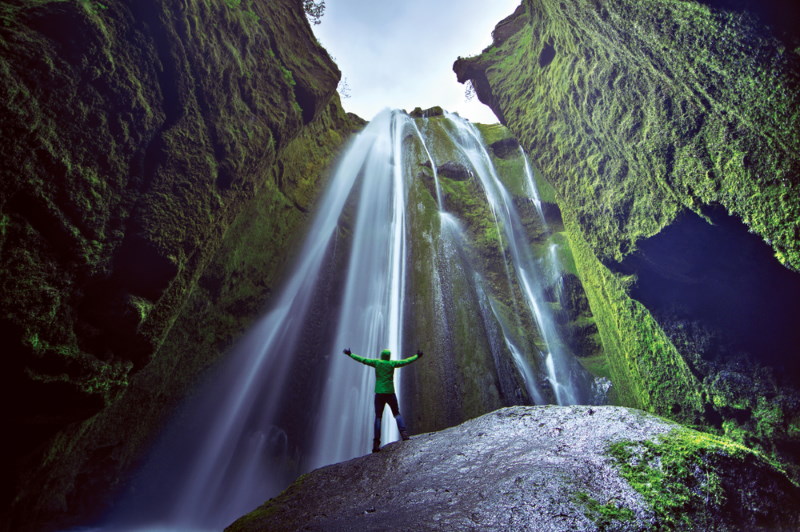 This waterfall in Iceland is especially mysterious. That’s because it flows down into a huge cave. If you want to visit this waterfall, don’t be claustrophobic: you have to slide down through a narrow crack in the rock to get to the cave where you can see the waterfall. But once you stand here, you will be amazed at the sight of the waterfall, which seems to come down from nowhere. On a viewing platform, about halfway up the waterfall, you can view the waterfall from a different perspective. As with many other waterfalls, make sure you have waterproof shoes. The rays of the Gljúfrafoss Waterfall wet your feet a little. 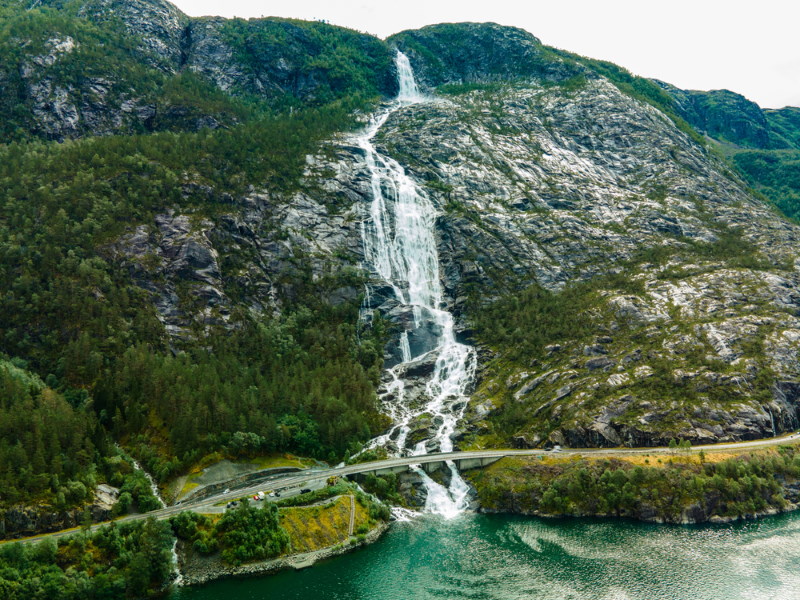 The largest waterfalls in Europe can be found in Norway; the five largest waterfalls can be found here. The Vinnufossen Waterfall is the largest in Europe and the sixth largest in the world. But this is not Norway’s most fascinating waterfall. That is the Langfossen Waterfall. This waterfall, unlike most waterfalls in Norway, is not yet used for the supply of hydroelectric energy. This means that the Langfossen Waterfall still flows freely from the high cliffs down into the Åkrafjord. At this waterfall you can take spectacular photos of the waterfall with the fjord in the foreground. A number of quaint Norwegian villages surround the fjord.