Portugal is a beautiful country, rich in beaches and culture. The country has the best surfing areas in the world, a growing wine industry and challenging cities. Most famous among the Dutch are the southern region of Algarve and the capital Lisbon. But outside the mainland, Portugal also has beautiful islands! Most of them are on the Algarve coast. Either they belong to the Azores archipelago or they are located on the island of Madeira in the Atlantic Ocean. The islands on this list all boast breathtaking nature and world-class beaches. Which Portuguese island are you going on holiday this summer? 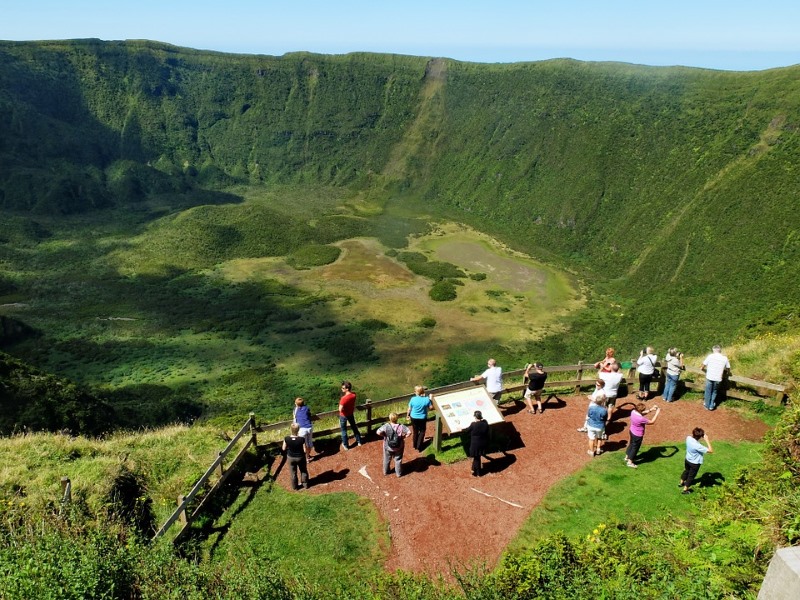 The Azores archipelago is located in the middle of the North Atlantic Ocean about 1500 kilometers west of mainland Portugal. Faial belongs to the Azores, is slightly larger than Texel and is known as the “Blue Island” because of the many hydrangeas that bloom in all kinds of sea tones. Faial has several volcanic craters, including Faial Crater. The most beautiful village in Faial is Horta. Here you can enjoy historic murals and beautiful ships in the harbor. In the restaurants of this old village you can taste the authentic taste of Portuguese cuisine. Faial is also known for its many greenery and beautiful beaches. 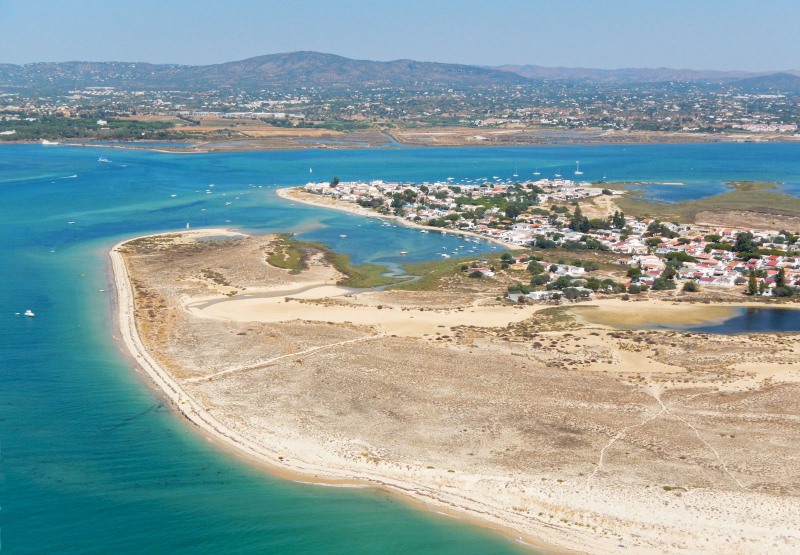 This island is located in the Algarve, near Faro. It is easily accessible by ferry. The uniqueness of this place is that it is completely car-free, which makes it seem like you are far away from the hustle and bustle of the mainland. The island has more than 6 kilometers of beautiful white sandy beaches. This makes it a dream destination for people who love sun, sea and sand. There is still an authentic atmosphere at Armona. The island features cobbled streets and Moorish architecture and is less geared to tourism than the mainland. You imagine yourself here off the beaten track and enjoy the tranquility. 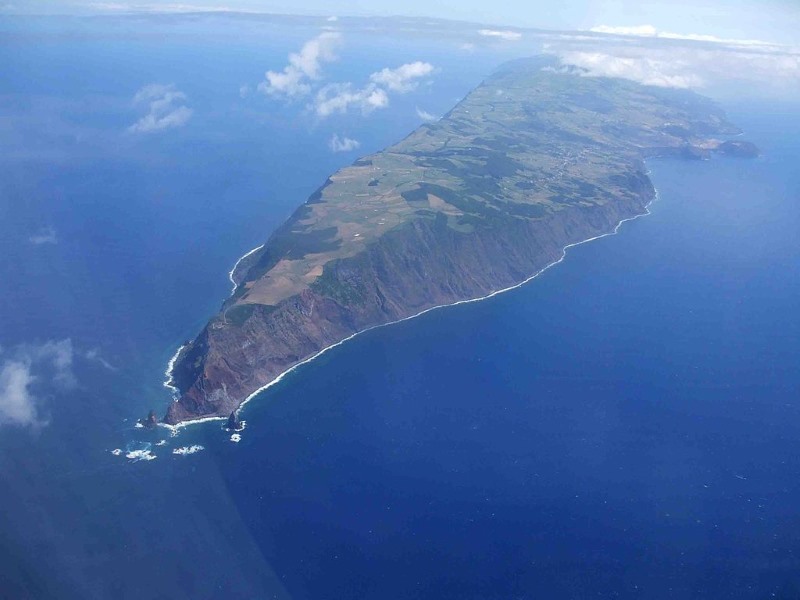 Sao Jorge belongs to the Azores. This long, narrow island is known for its high cliffs, which give the island a rugged appearance. The mountains, ravines and cliffs make the coasts uninhabitable, but the area has been made into an ideal walking area. You will find extra adventure at the Montoso and Bocas do Fogo caves. The local cuisine of Sao Jorge is also popular with tourists, including a spicy, unpasteurized cheese made from milk from the cows on the island. 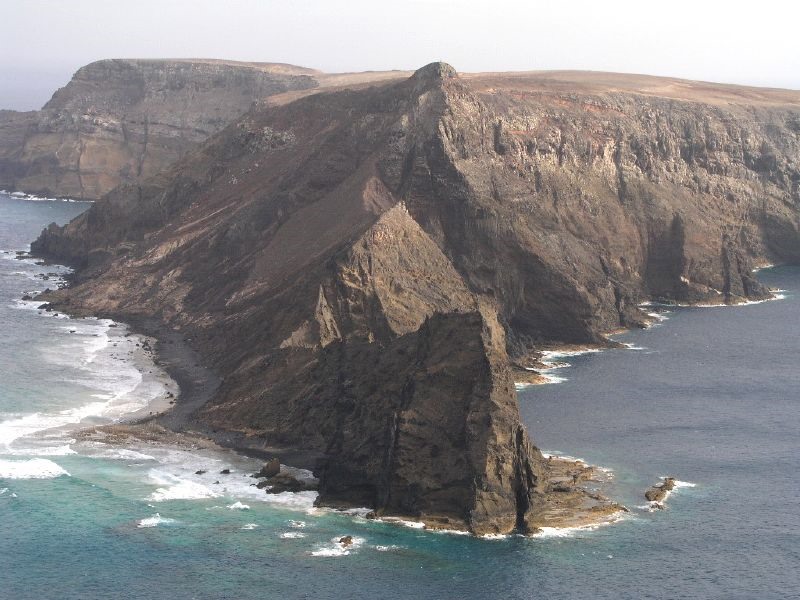 Just north of the island of Madeira (number 1 on this list) is Porto Santo in the North Atlantic Ocean. This island is known for its pristine sandy beaches. Porto Santo also has a number of historical sites, including the former home of Christopher Columbus and a 15th century Matrix church. Golf is also popular on Port Santo. For the best view of the island, climb to the highest point of Porto Santo, to Pico da Facho. 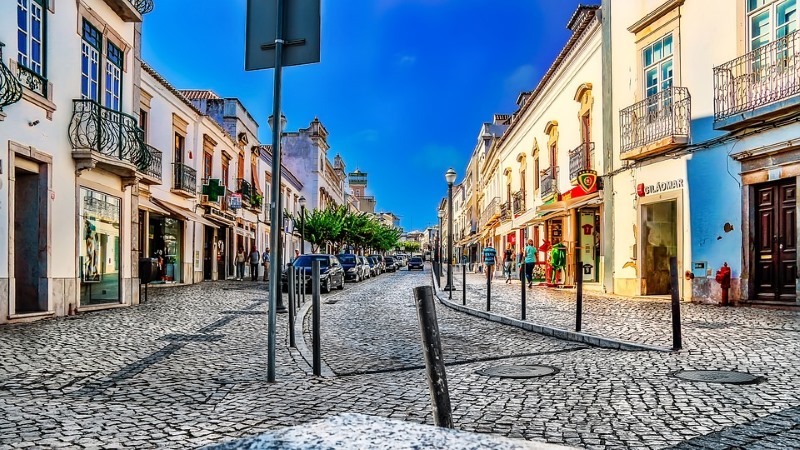 Just a few kilometers away from the southern Portuguese coast lies the island of Tavira, with the eponymous town of Tavira on it. On warm days, many tourists come to this island to enjoy the sun, sea and beach. It is also busy in the dunes, restaurants and bars located next to the beach. But the further you walk from the main beach, the quieter it gets on the beach. And because the beach here is long, you will always find a perfect piece of sandy beach all to yourself. 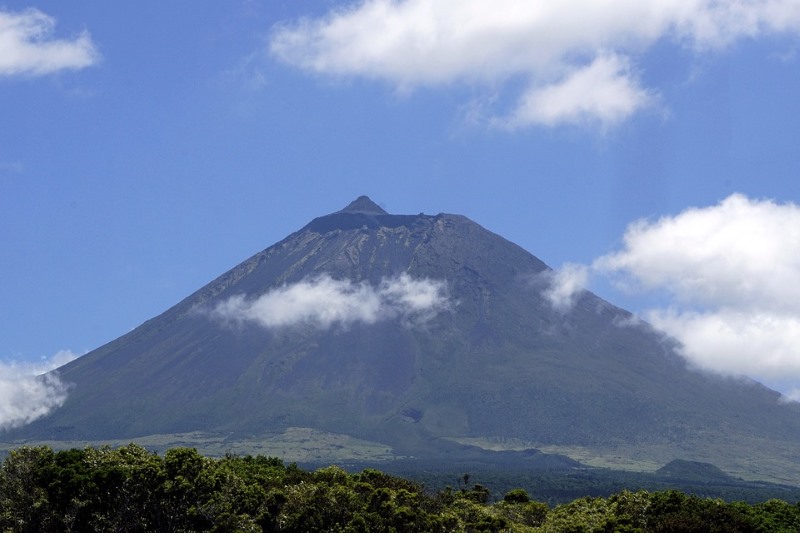 Terceira is the third largest island in the Azores. The island is less developed than the other islands; a lot is still being done in agriculture. The town of Angra do Heroismo is home to interesting colonial architecture, but Terceira is best known for its spectacular scenery and outdoor activities. You can relax on the sandy beaches of Praia de Vitoria or book a tour to Algar do Carvão, where you descend in a volcano pipe (without lava). A trip to the cave system Gruta do Natal is also possible. On Terceira is Castelo de São João Batista. In the past, the Spaniards and the Portuguese fought against each other at this castle. And in the fishing village of São Mateus, you will be introduced to local food and green wine, a Portuguese specialty known as Vinho Verde. 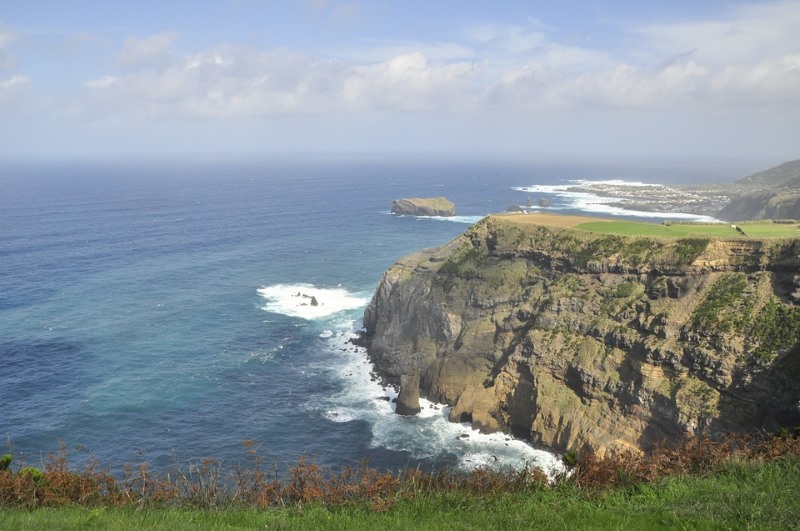 The island of Sao Miguel is the largest island of the Azores archipelago. If you fly to the Azores, chances are you will land at the airport in the city of Ponta Delgada on Sao Miguel. Scattered across Sao Miguel you will find volcanic craters and hot springs. The hiking trails around Sete Cidades Crater are among the best in the Azores. After an active day you can relax on Sao Miguel in the famous hot springs of Ponta da Ferraria. Sao Miguel is also known for its boat trips, where you can spot dolphins and whales. 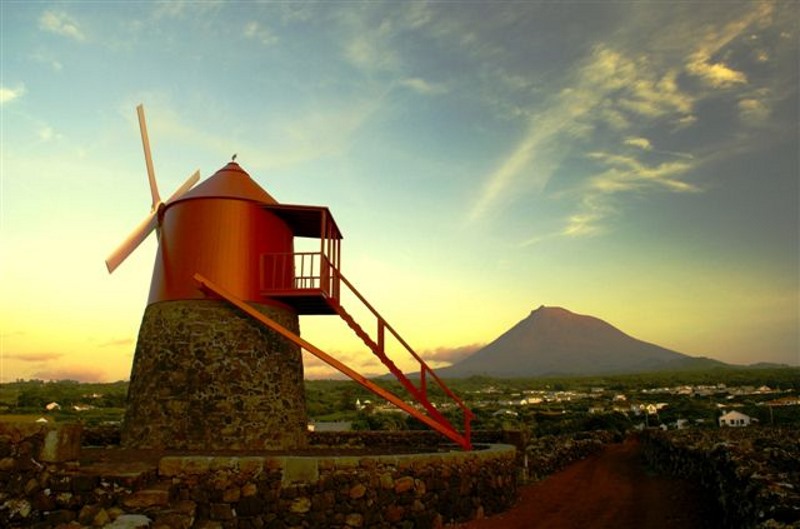 In the middle of the Azores lies the island of Pico with its enormous mountain of the same name. Pico is not only the highest mountain and volcano in the Azores; it is also the highest mountain in Portugal. Pico has an altitude of 2351 meters. If you want to reach the top of Pico, it will take you about two hours. It is quite a climb, but then you can also enjoy the ultimate sunset. From the top of Pico you can even see a few other islands of the Azores, such as Sao Jorge and Faial. The largest saltwater swimming pool in the Azores is also located on Pico. It is remarkably deep and of course perfect for swimming. 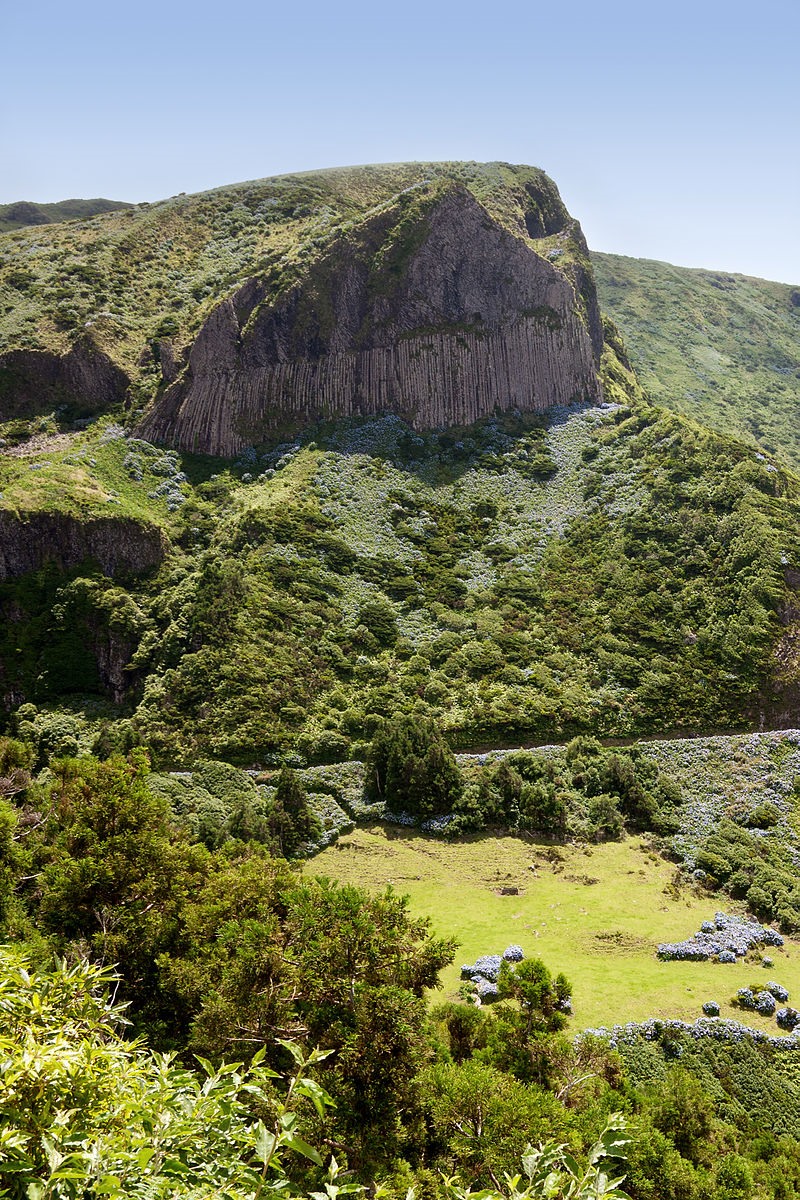 The westernmost island of the Azores is Flores. This island is sometimes referred to as the “flower island” or the “yellow island” because of its richness of colorful flowers. The landscape on Flores is impressive. Scenically, Flores is the roughest, but also the most beautiful island of the Azores. It has many mountains, valleys, waterfalls, crater lakes and steep, high cliffs. Flores has been declared a biosphere reserve by UNESCO. One of Flores’ waterfalls, Ribeira das Casas, has its source on the highest mountain in Flores, on the Morro Alto at 915 meters. Another thing that stands out on Flores is Rocha dos Bordões, a columnar basalt formation. 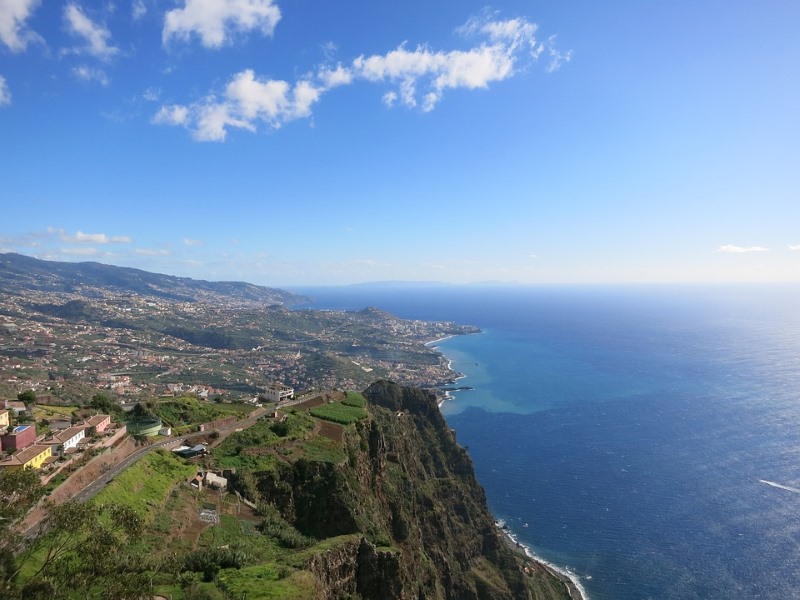 Madeira’s nickname is “Garden Island” or the “Pearl of the Atlantic Sea”. This attractive Portuguese island is located next to Morocco, north of the Canary Islands . The island is the size of the province of Utrecht. Madeira became a Portuguese colony in the 15th century and the island soon became known for its local Madeira wine. Today Madeira is a holiday destination that offers a combination of history and recreation. If you visit you will see the 15th century Levadas aqueducts and the wooden Sé cathedral in the city of Funchal. But Madeira’s main attraction is its green landscape with its lush parks, colorful gardens, forests, natural areas and high mountains. And you can relax on the pebble beaches on the clear blue Atlantic Sea.