A floor is just a floor, right? Not always, because some floors can be seen as real works of art. All over the world you will find the most special floors with subtle details, striking patterns or an important history. You can read more about it in the top 10 special floors in the world.

As a tile company you naturally want to show what is possible with tiles. That’s why the company has laid a very special floor in Manchester at Casa Ceramica . The pattern on the floor creates an optical illusion, making it look as if the ground is not flat. The floor is located in the entrance hall of the company, which immediately surprises customers by the power of tiles. The optical illusion only works from one direction, so as soon as you leave the building, there is nothing more to it. 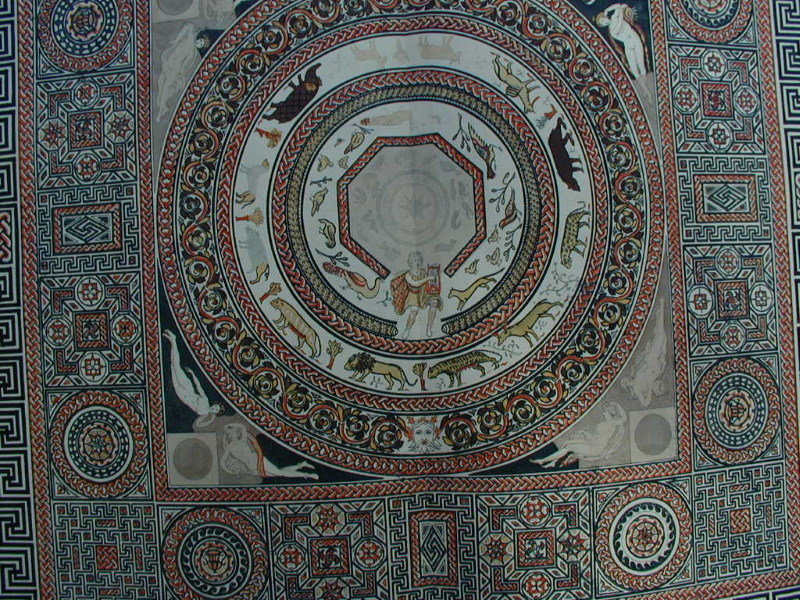 A Roman villa in the village of Woodchester is famous for its beautiful mosaic floor. The villa was built in the second century BC, with an elaborate floor that tells the story of Orpheus. The floor stands out because it is so large, but also because it is incredibly detailed. Unfortunately he cannot be admired. The floor has been uncovered eight times since its discovery, but is covered every time. There are no plans to expose the floor again, although a replica has been made.

Where does a floor start and end? You would say the answer is easy, but the floor at the Heydar Aliyev Center in Azerbaijan raises doubts. The designer of this floor wanted to develop a building that would consist of a fluid movement. As a result, the floor flows effortlessly into the walls and roof of the building. The architect wanted to break the boundaries of architecture and create a building that looks more like a sculpture. 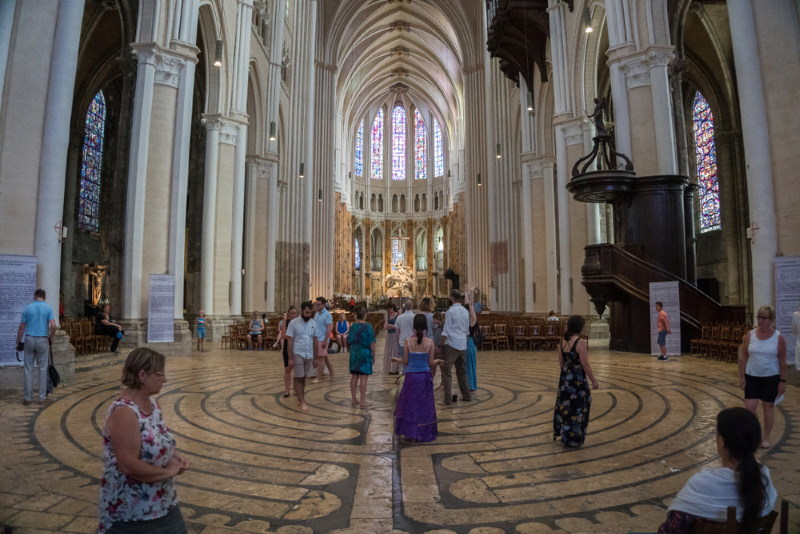 Chartres Cathedral has a special floor in the shape of a labyrinth. This labyrinth was built to allow pilgrims to follow a route to the center of the cathedral. Once they were in the exact center, they could admire the cathedral’s windows beautifully. Today it is possible to walk barefoot across the labyrinth every Friday. In the floor you can also find a red pen that is perfectly illuminated by a sunbeam exactly at the point of midsummer.

The Aleppo mosque was built as early as the year 715 BC. So the building has a rich history and countless feet have walked on the floor. The war in Syria has damaged parts of the mosque, but most of the floor is still visible. The floor has a geometric pattern and consists of different colored stones. In the large square you will find fountains and a sundial. 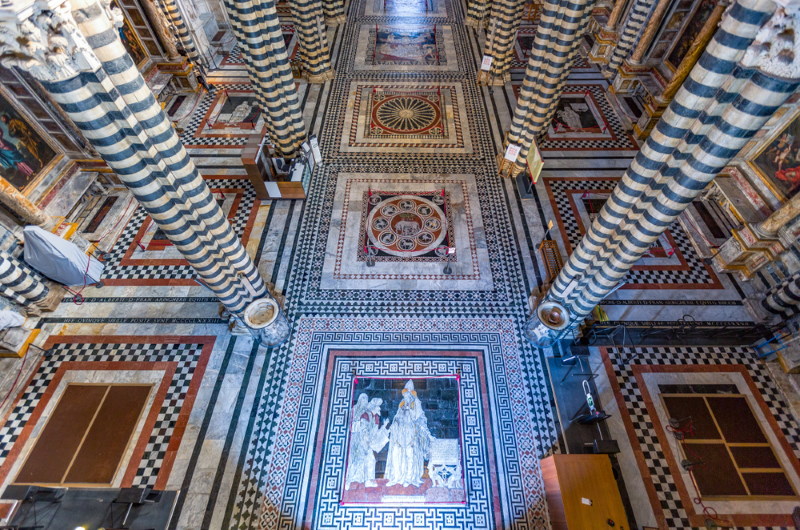 The Siena Cathedral already has a striking appearance thanks to the black and white decorations found throughout the cathedral. The floor is one of the highlights. You can admire it best when you look down from the gallery, because this floor consists of 57 surfaces, all telling different Biblical stories. More than 40 artists worked on the floor between the fourteenth and sixteenth century. Together they have created a labyrinth of artworks that are best viewed from a distance. Believers who have committed a sin crawl on the floor with their knees to find grace. 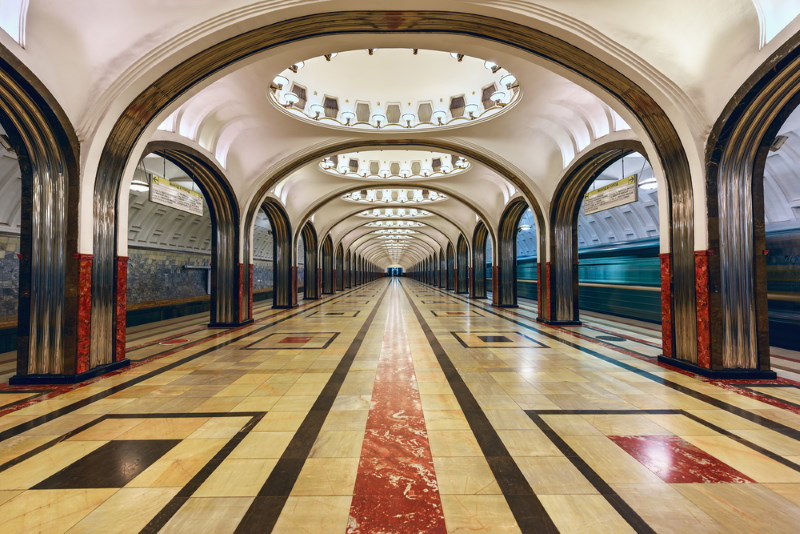 One of the most beautiful metro stations in Moscow is equipped with a beautiful floor. The station was built in the 1930s and designed by Alexey Dushkin. The station has had many functions over the years, from an air-raid shelter during the Second World War to a gathering place for Stalin’s speeches. This Russian dictator has therefore walked on the special floor of the station. The floor has a geometric pattern and consists of different pieces of granite and marble in four different shades. 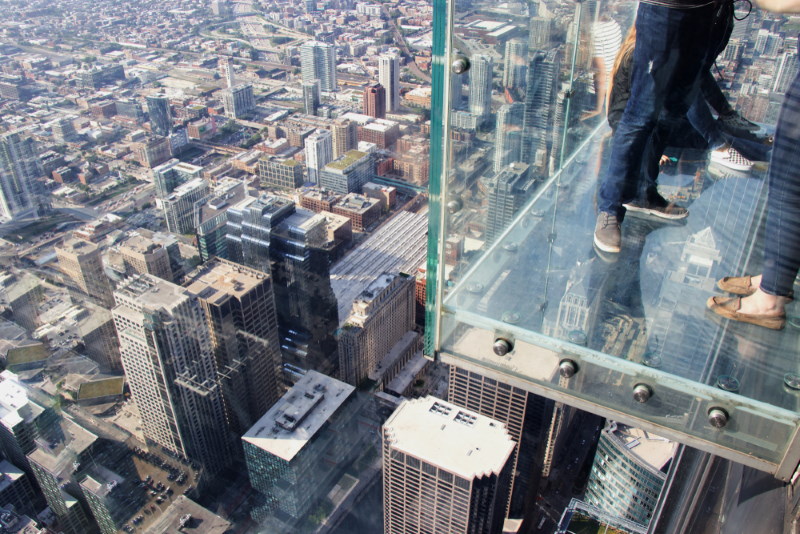 The nickname of this floor is The Ledge. That’s for good reason, as it’s a small ledge that protrudes from the Willis Tower in Chicago. The special thing about this floor is that it is made entirely of glass, just like the walls and the roof of the ledge. This makes it seem like you are floating above the city at an altitude of more than 400 meters. You don’t have to worry, because the floor consists of three layers of thick glass. So it is not possible to fall down, but you still need some courage to step on this floor. 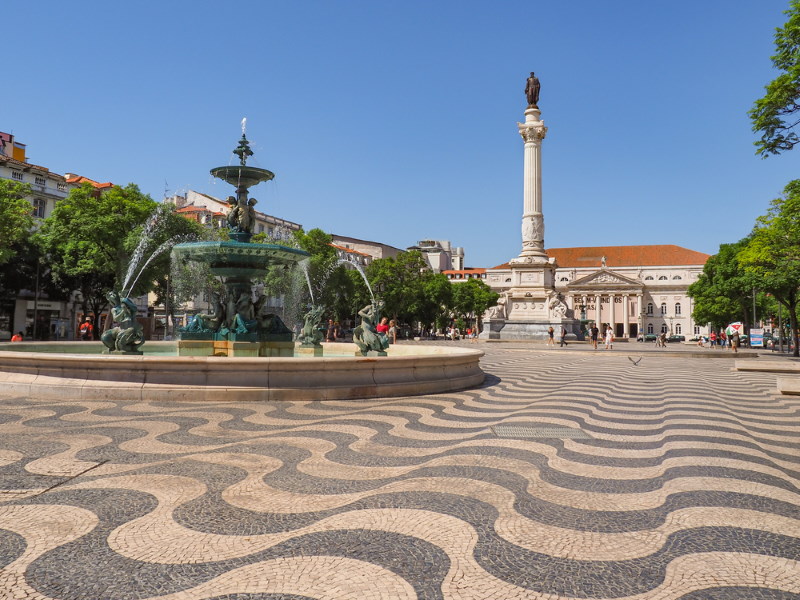 This is not one specific floor, but a style that can now be seen all over the world. It is an art form in which simple street tiles are cast in a beautiful pattern. Waves are a popular choice. Unfortunately, the construction of Portuguese street mosaic is less and less popular, because it takes a lot of time and money. Fortunately, Portugal does its best to preserve the tradition, as every year new people are trained by the government to master this art form. 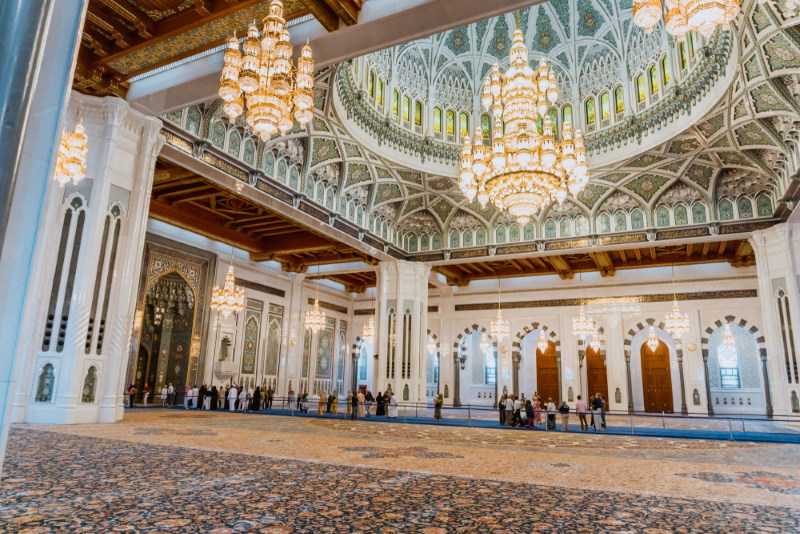 Most of the floors in this list are made of tiles, but the Sultan Qaboos Mosque is changing that. The floor of this mosque is covered in carpet. The carpet consists of more than 1.7 million knots and weighs a total of 21,000 kilos. It took four years to create the detailed design. It is the second largest piece of carpet in the world, measuring 60 by 70 meters. The carpet is designed to bring together three styles, namely the styles from the cities of Tabriz, Kashan and Isfahan.