Documentaries have the power to inspire and provoke, but a special few are able to completely change your world-view. The medium is responsible for bringing countless important topics and subjects to the world stage and some are so effective that they act as the catalyst for change and reform. Whether they are political, economic, social, conservational, scientific or anything else in between, some of the most memorable, mind-blowing documentaries are those that explore the unknown and delve deep into new, thought-provoking areas. 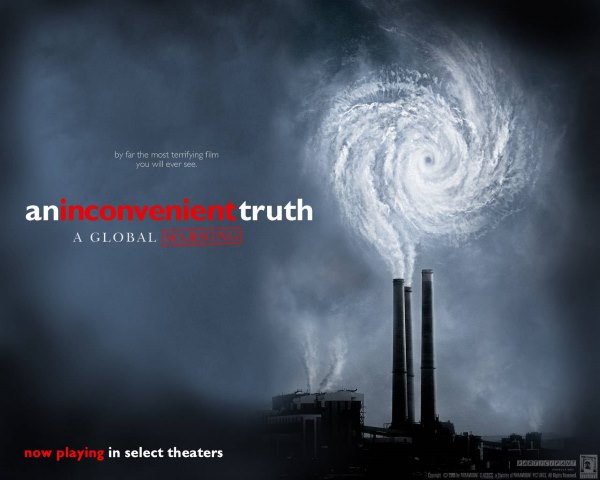 The story of how mankind has changed the Earth is an impressive one, and it’s shocking to see how far we’ve come in a relatively short period of time. However, it’s even more startling to see just how much of an impact our technological and industrial progress has had on the planet. Former United States Vice President Al Gore brought the reality of global warming to a huge audience with his 2006 documentary. An Inconvenient Truth was a wake-up call to a very serious problem. When Gore talks about the individual and moral implications of the build-up of greenhouse gases it’s hard not to realise what’s at stake and be inspired to make personal change. An Inconvenient Truth prompted debate on a tough topic which was too frequently ignored and, although some of the science presented in the movie has been called into question, nothing else has raised public awareness about the issue of global warming than this documentary.

Like An Inconvenient Truth, The Corporation tackles an issue which is so prevalent that it seems to have become the new norm. We all know about the lengths businesses and corporations go to in order to thrive and make money, and most of us don’t give much thought to the capitalist world we live in. However, when The Corporation begins to show the true power that big business holds over our everyday lives – what we eat, think, see and do – it’s hard not to be shocked. The documentary goes to lengths to explore the unsettling notion of ‘corporate personhood’ and shows that, if businesses really were people, they wouldn’t be very nice ones. 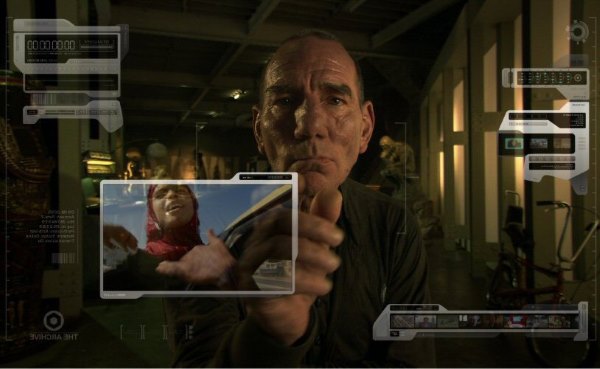 Some of the most effective documentaries eschew the style and narrative we expect from the genre and try a completely different approach. Taking place in a near future where the planet has been destroyed by climate change, the Age of Stupid centres on a fictional, lonely archivist (played by Pete Postlethwaite) who is stationed in the Arctic and spends his days looking back through footage wondering why we did nothing to help ourselves. Age of Stupid is a stylish, well-executed drama-documentary which never loses sight of its central message. It’s hard not to look at the theatrical, fictional hindsight on display and really wonder if this is in our future and if enough steps are being taken to avoid it. 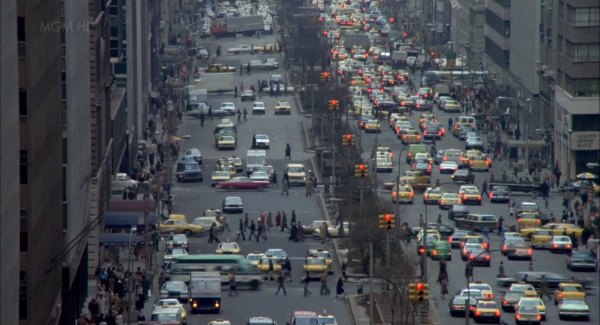 Koyaanisqatsi was one of the landmark documentaries of its time. Containing no dialogue or narration and consisting almost entirely of time lapse photography, slow motion footage and sweeping aerial shots, Koyaanisqatsi offers an abstract, thought-provoking experience which is simply unlike that of any other movie or documentary. Although the impact of its visuals may be lost on modern day audiences and it is also a film which demands a big screen viewing, it’s hard not to be swept up by the powerful collaboration of epic cinematography and the intense, swelling score by Philip Glass. Director Godfrey Reggio neatly summed up the different reactions to the movie with this quote: “For some people, it’s an environmental film. For some, it’s an ode to technology. For some people, it’s a piece of shit… It is the journey that is the objective”

It may seem strange including a documentary which is about fonts – well, one font in particular – on a list with movies that tackle the big problems of globalisation and climate change, but the ubiquity of Helvetica in our modern world is truly mind-blowing. Helvetica is an unexpectedly gripping look at typography and the way graphic design affects our lives. Assisted by design experts and artists, the documentary takes an introspective and sometimes obsessive look at the concept of ‘visual culture’ and the important role typography plays. It’s hard not to come away from the documentary with a fresh look and appreciation of the design of the world around us. 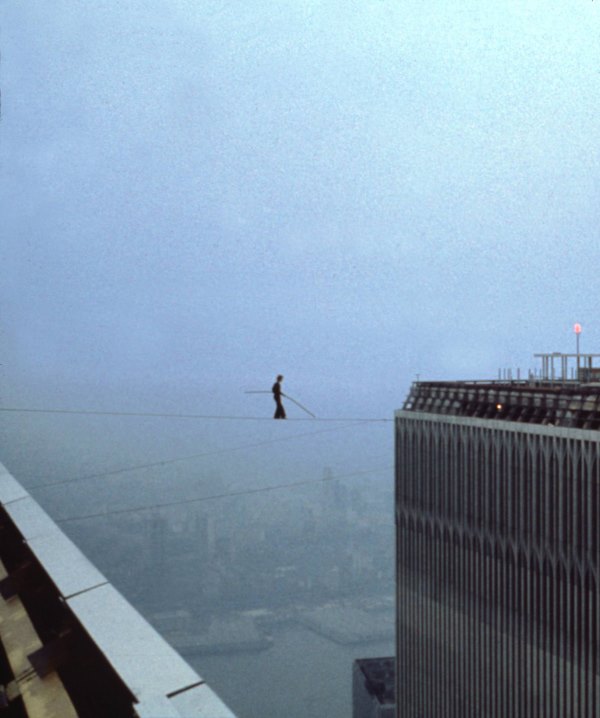 Man on Wire is an inspirational and uplifting look at artistic endeavour and the pursuit of dreams. On August 7th, 1974, high-wire performer Philippe Petit achieved his dream of walking on a wire between the two World Trade Centre Buildings in an act which has been called ‘the artistic crime of the century’. The footage of Petit and his crew preparing this illegal act is presented with all the exhilaration and tension of a heist movie, right down to the audacious planning, aerial surveillance and even an ‘inside man’. However, the stakes are much higher that just being caught – Petit is risking his life when he steps out in windy conditions to balance on that rope high above New York City. Man on Wire is a compelling take on crazy accomplishments in the name of art, but it is also a fond, touching tribute to the legacy of the World Trade Centre.

4. The Power of Nightmares

Adam Curtis’ The Power of Nightmares is a panicky, fidgety look at the origin and future of our modern political climate. The subject matter – which at first charts the rise of the Neo-Conservatives in the United States and parallels it to the growth of radical Islam, but then looks at the ‘terror myth’ of Al-Qaeda – sounds like conspiracy theory material, but Curtis’ well-researched, bold claims offer up some startling revelations. Curtis’ argumentative essay is brought to life with the talking heads and archival footage usually expected from a documentary, but the filmmaker infuses new life into the format by juxtaposing clips and imagery to create energetic and sometimes ironic montages which deliberately emphasise his powerful narration. 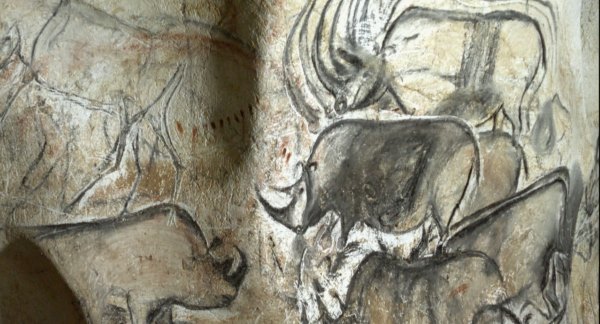 Werner Herzog’s 2010 documentary provided a very rare journey into the secretive Chauvet Cave in Southern France. Containing cave paintings which are are thought to be 33,000 years old, Chauvet houses the oldest artwork to have ever been discovered. However, perhaps most remarkable of all is the fact that the artwork is in superb pristine condition. Herzog was offered rare access to film this 3D documentary in the usually restricted caves and the result is a spellbinding experience which feels part art history lesson and part tour guide come to life. 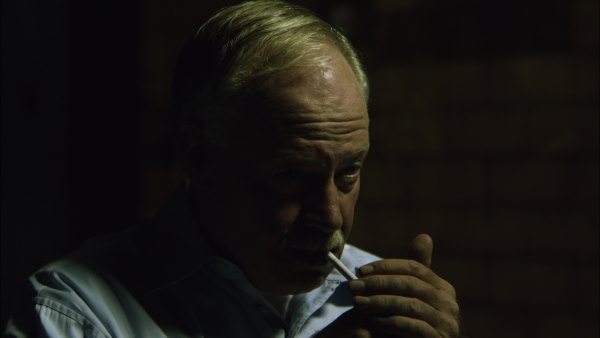 Collapse is essentially an 80 minute interview with controversial author and activist Michael Ruppert. Over the course of the documentary (which is also interspersed and edited with archival footage), Ruppert explains his theory about how modern society as we know it is headed toward catastrophic breakdown and collapse. Pointing primarily toward the crisis of peak oil and self-destructive, short sighted financial systems (amongst many other things), Ruppert makes a shocking, impassioned argument about how “it’s too late” for those of us who aren’t already preparing for these end of days. He states that the effects of mankind’s arrogance simply cannot be reversed. There is certainly truth to Ruppert’s central argument and he makes no pretenses about being a man who holds all the answers (some tips he does offer are to buy gold, learn first aid and holistic medicine and start storing seeds), but some of his more alarmist statements are bound to divide viewers and spark debate. However, that’s the beauty of the documentary – whether you believe Ruppert completely or write him off as just another delusional conspiracy theorist, Collapse is an undeniably tense and gripping character study which offers fascinating insight into the mind of a very divisive man. 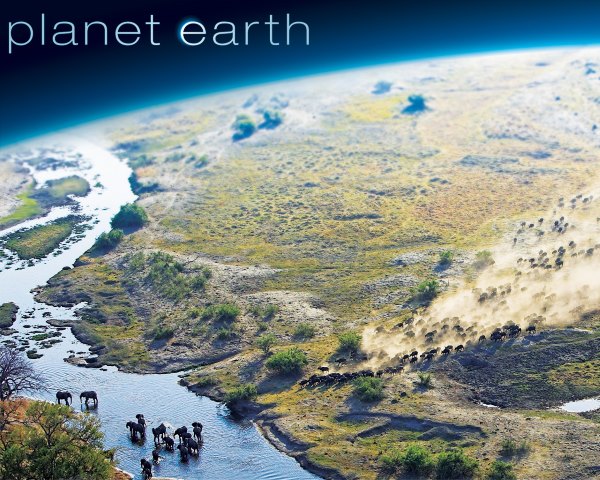 Many documentaries achieve their thought-provoking aim by telling us what’s wrong with the world and by bringing to light issues that need be heard by the masses (although they do usually offer solutions at the same time). BBC’s Planet Earth series however is a true celebration of life on this planet. Filmed over 5 years and in more than 200 different locations, Planet Earth was a mammoth production effort completely unlike any other nature documentary (it was also the most expensive one ever commissioned by the BBC and the first to be shot in high definition). Visiting deep seas, icy poles, sparse deserts and bustling jungles, the series captured diverse sights and scenes from the many different ecologies on this planet and featured a snapshot of the lives of the very different animals that inhabit them. The massive scope produced some truly breathtaking and spectacular footage of natural beauty which simply cannot be found in any other nature documentary.