Director Michael Bay first made a name for himself making big budget commercials for some of the biggest names in advertising, including Coca-Cola and the Red Cross. These commercials were flamboyant, well shot, and well directed, and they attracted the attention of Jerry Bruckheimer, one of the most powerful producers in Hollywood. Bruckheimer saw potential in Bay, so he hired him to direct one of his projects, ‘Bad Boys’. Bad Boys turned Bay into a star overnight and his career has gone from strength to strength since.

This top 10 list will look at the top 10 Michael Bay movies.

With Transformers: Revenge of the Fallen, Bay showed his flair for creating thrilling big scale action set pieces with high stakes. While critics panned the film, scoring it a measly 20% on Rotten Tomatoes, audiences went to see it in huge numbers making it one of the biggest films of the year. To date, the film has grossed an astronomical $836,303,693 from cinemas around the world. 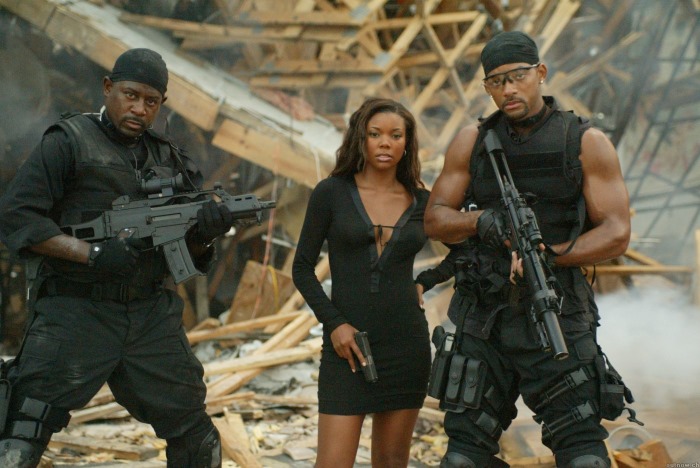 Bad Boys (featured later in this top 10) was an unexpected surprise. Stars Will Smith and Martin Lawrence, while known in Hollywood, were relatively small time actors at the time who had yet to get their big breaks, so expectations were low for the film. The film was a huge success, however, mainly off the back of Bay’s trademark slick direction and eye for action. Bad Boys II upped the stakes for returning stars Smith and Lawrence in a big way. The action set pieces were bigger, the stakes were higher, and the dialogue more slick. Bad Boys II was simply a bigger, more ambitious film than its predecessor in virtually every way.

As is the case with most of Bay’s films, critics did not like Bad Boys II, only scoring it 23% on Rotten Tomatoes. Audiences, however, fell in love with Bad Boys II and made it one of the biggest success stories of 2003. To date, Bad Boys II has grossed an impressive $273,339,556 worldwide.

Dark of the Moon, like the other Transformers films, received tepid praise from critics who scored it 36% on Rotten Tomatoes. Audiences went to see it in huge numbers, however, making it one of the biggest success stories of 2011 and one of the highest grossing movies ever made. To date, the film has grossed an insanely impressive $1,123,794,079, making it the 6th highest grossing film ever made. 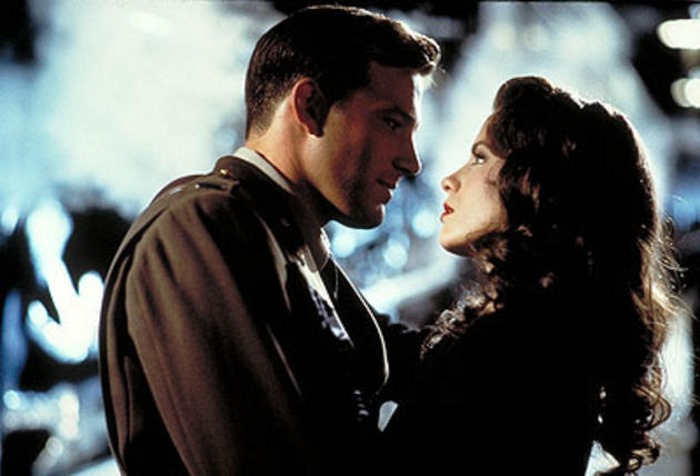 ‘Pearl Harbour’ saw Bay pushing his directing skills to the limit by turning his hand to the war drama genre. Starring Ben Affleck, Kate Beckinsale, and Josh Hartnett, Pearl Harbour followed the exploits of Capt. Rafe McCawley and Capt. Danny Walker, played by Affleck and Hartnett, respectively, as they left for war against the Japanese. Pearl Harbour was completely unlike any of Bay’s earlier movies. While his previous films featured barebones plots with fairly thin characters, Pearl Harbour’s characters were rich and its script well written.

Critics, in general, disliked Pearl Harbour, giving it a 25% Rotten Tomatoes score. Audiences took to the film immediately, however, and made it one of the highest grossing films of 2001. To date, Pearl Harbour has grossed $449,220,945 from cinema screens around the world. 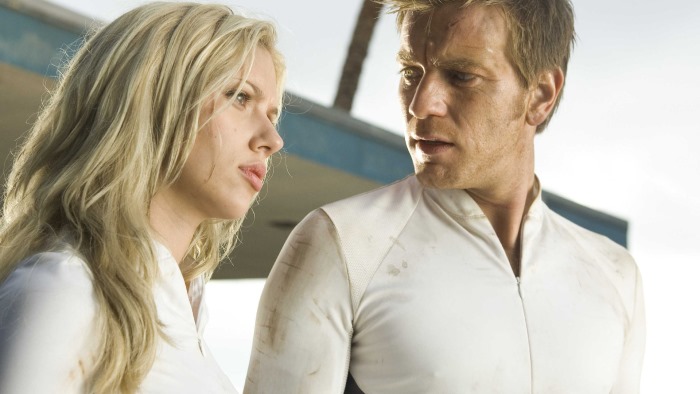 In 2005, Bay released ‘The Island’, his take on the dystopian sci fi epic. The Island starred Ewen McGregor and Scarlett Johansson as ‘Lincoln Six Echo’ and ‘Jordan Two Delta’, a man and woman living in a commune on the outskirts of a major city. The film followed these two characters as they broke out of their commune and learned the truths of their existence. Bay’s portrayal of the future was unique. While most directors showed the future as a bleak, dirty, run down place, Bay created a perfect, spotless rendition of the future complete with futuristic architecture and design. This aesthetic, combined with Bay’s eye for direction, meant that The Island looked amazing in every sense of the word.

Critics gave The Island moderate reviews overall. The film had difficulty finding an audience initially too, with most filmgoers ignoring the film. It eventually found itself an audience on dvd and blu-ray, however, as more film lovers discovered its brilliance. 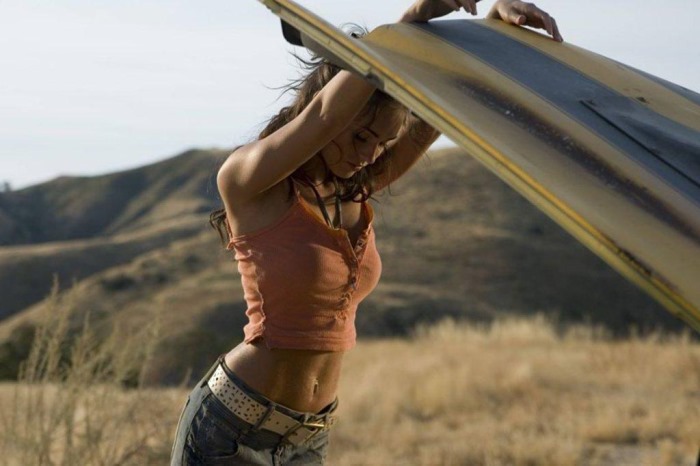 Opinions were mixed when news broke that Michael Bay would be adapting the Transformers franchise on film. While most agreed that Bay would be able to deliver the high octane action the franchise is known for, many were concerned that Bay wouldn’t deliver on the story aspects with the film. Fortunately, Bay delivered on both aspects in spades, creating a movie that looked impressive and featured interesting characters and an exciting plot.

‘Transformers’ (re)introduced the world to the autobots, led by Optimus Prime, and the decepticons, led by the evil Megatron. The film followed these two warring factions as they journeyed to Earth to continue their age old fight. Transformers faithfully adapted its source material for film. Many of the most popular autobots and decepticons were featured in the film, and Bay delivered with his trademark action set pieces and explosions.

Transformers was reviewed fairly well and was given a Rotten Tomatoes score of 57%. Audiences, on the whole, adored the film and made it a huge success. To date, the film has grossed $709,709,780 worldwide. 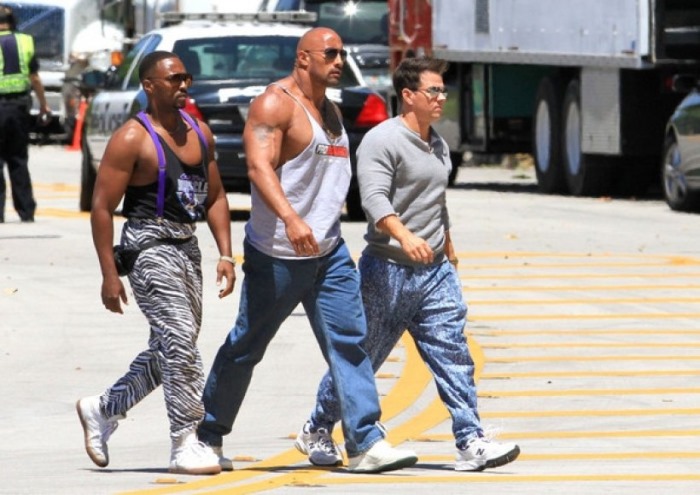 2013’s ‘Pain and Gain’ was a departure for Bay. After years of making high budget action movies, Pain and Gain, with its relatively meagre budget of ‘only’ $26 million, was a smaller affair with smaller scale action. Bay, wanting to take a break from big budget filmmaking, filmed Pain and Gain like an indie film, hoping to create a more intimate film with better rounded characters. He certainly succeeded and created one of the most memorable and successful films of 2013.

Pain and Gain starred Mark Wahlberg, Dwayne Johnson (also known as The Rock), and Anthony Mackie as a pair of kidnappers looking to extort their way to money, riches, and fame. The film followed the trio as they partook in gruesome acts all in the name of achieving the ‘American Dream’. Pain and Gain was a dastardly dark comedy. It featured a dark tone complete with dark jokes and a host of evil characters doing evil things.

Pain and Gain received mixed reviews and received an overall 49% score on Rotten Tomatoes. While some critics despised the film, others fell in love with it. The film enjoyed similar success with audiences, too. While some loved it, others hated it. Today, the film is rated a decent 6.5/10 on imdb.com. 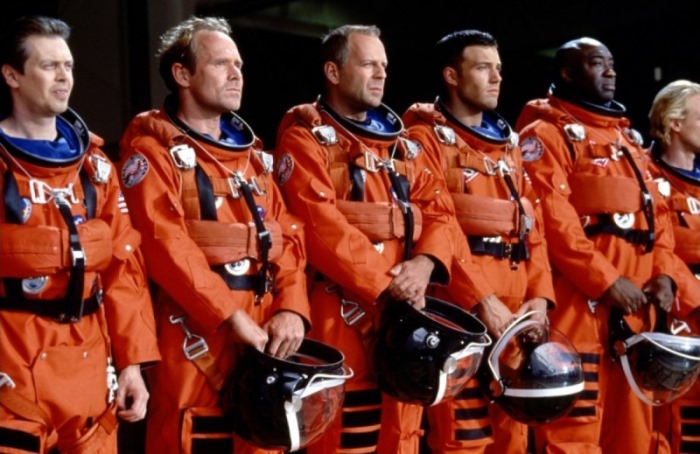 1998’s Armageddon was an ambitious film. Filmed on a budget of $140 million, the film was epic in scope and featured some of Bay’s finest work to date. Armageddon starred Bruce Willis as Harry Stamper, a world renowned oil rigger with a talent for mining. The film followed Stamper and his team of miners as they journeyed into space to plant a nuclear bomb in an asteroid to save the Earth from destruction. Armageddon is one of Bay’s most accomplished films. It featured excellent performances from its cast, particularly from Willis and co-stars Ben Affleck and Liv Tyler, and it featured stunning direction and cinematography, particularly during the film’s many space scenes.

Critics gave Armageddon middling reviews. The film is currently rated 40% on Rotten Tomatoes. Audiences embraced the film wholeheartedly, however, and made it one of the biggest success stories of 1998. To date, the film has grossed an astronomical $553,709,788.

Bad Boys was the film that made Michael Bay. Prior to its release, Bay had only directed a few commercials and a few music videos and he wasn’t a well known name. Bad Boys success propelled him to the top of the Hollywood hot list, however, making him one of the most desired directors in Hollywood overnight.

Bad Boys starred Will Smith and Martin Lawrence as Mike Lowrey and Marcus Burnett, a pair of mismatched Miami cops working together to bring down an international drug kingpin. Bad Boys was excessive in all the right ways. Its dialogue was rough and ready, its action sequences well shot, and its plot fast moving and exciting. It perfectly showcased Bay’s talents to the world, all the while transforming the careers of its two stars, Smith and Lawrence.

Bad Boys got decent reviews and was given a Rotten tomatoes score of 43%. The film was a big hit with audiences, however, and it ended up being one of the highest grossing films of 1995. The film is currently rated 6.8/10 on imdb.com. 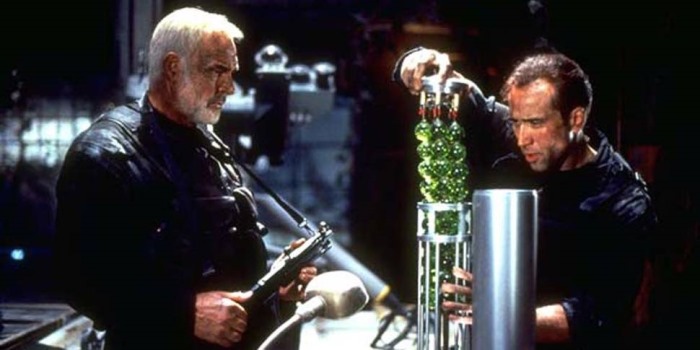 Bay has a ‘love it’ or ‘hate it’ style of filmmaking. While some people love his style and panache, others despise it. There is one thing all film fans can agree on, though – ‘The Rock’ is certainly Bay’s most accomplished film and one of the best action movies ever made.

The Rock starred Nicholas Cage as Stanley Goodspeed, a chemical weapons expert given the task of infiltrating the prison island of Alcatraz Island, located off the coast of San Francisco, to stop a chemical weapons attack by a former army general, played by Ed Harris. The film followed Cage as he teamed up with John Patrick Mason, played by Sean Connery, the only man to ever escape Alcatraz. The Rock had it all: superb direction from Bay, fantastic performances from stars Cage, Connery, and Harris, and some of the finest action set pieces ever shot. Its script was also tight and well written with great banter between Cage’s and Connery’s characters.

Critics reviewed The Rock well and it received a 67% score on Rotten Tomatoes. Audiences enjoyed the film too, and went to see it on cinema screens in big numbers. The film went on to gross $335,062,621 worldwide and is currently rated 7.4/10 on imdb.com. It’s also considered by many film lovers to the best film in Bay’s extensive filmography.